Caché: objects for the home 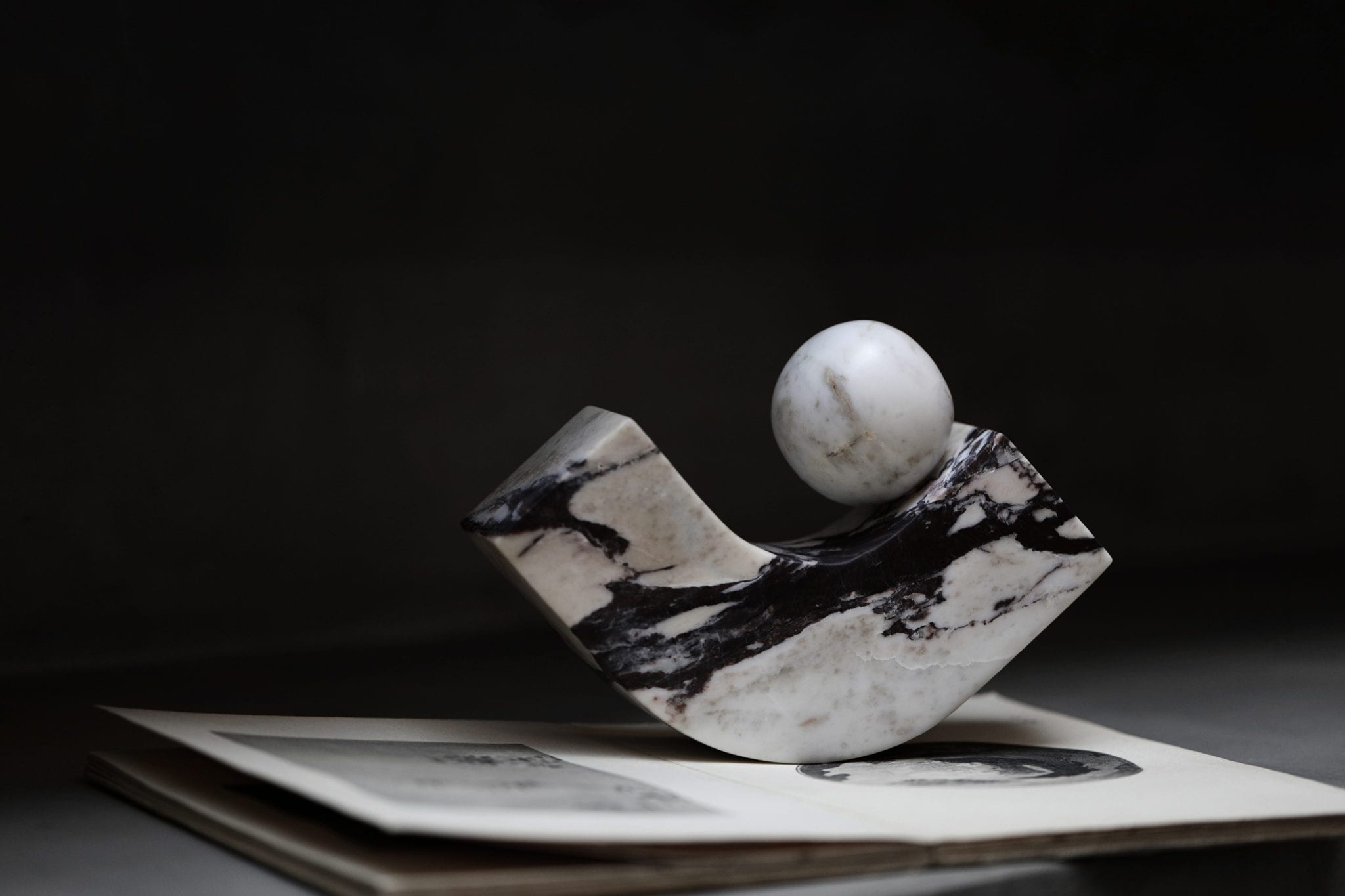 Integrating so seamlessly with the cultured home, every Caché object almost appears to be hiding in plain sight. Whatever your treasured books and magazines may be, they now have striking sculptural companions that never fail to feature a useful detail or function.

Crafted using only the finest materials available. With the ambition to create a collection that lasts a lifetime.

Caché [verb, adjective] :
”Hidden. That which we cannot see.” 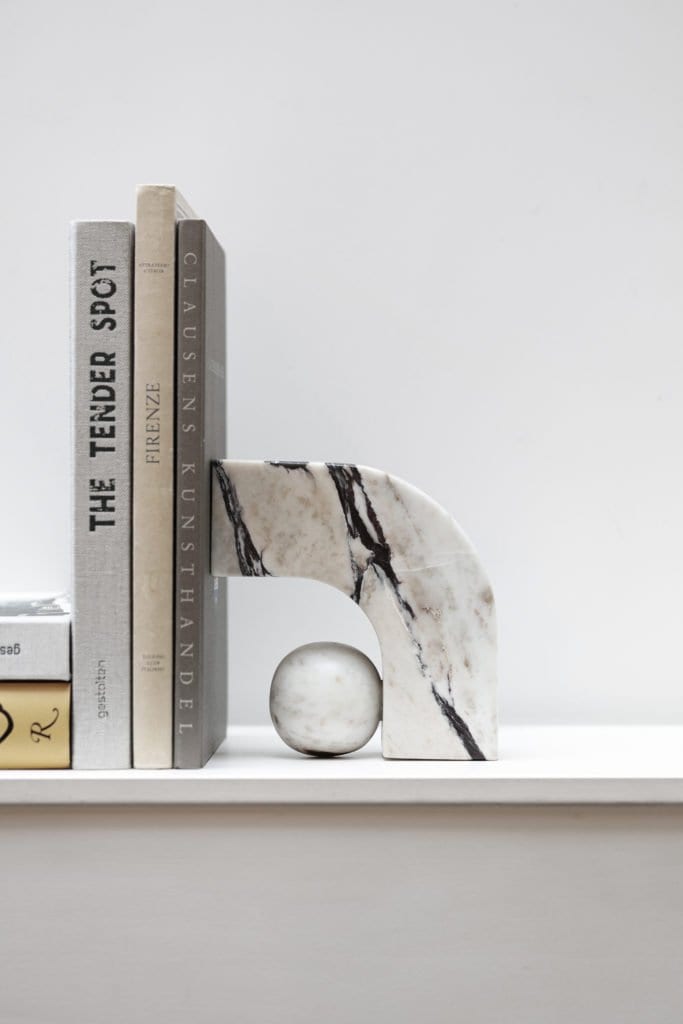 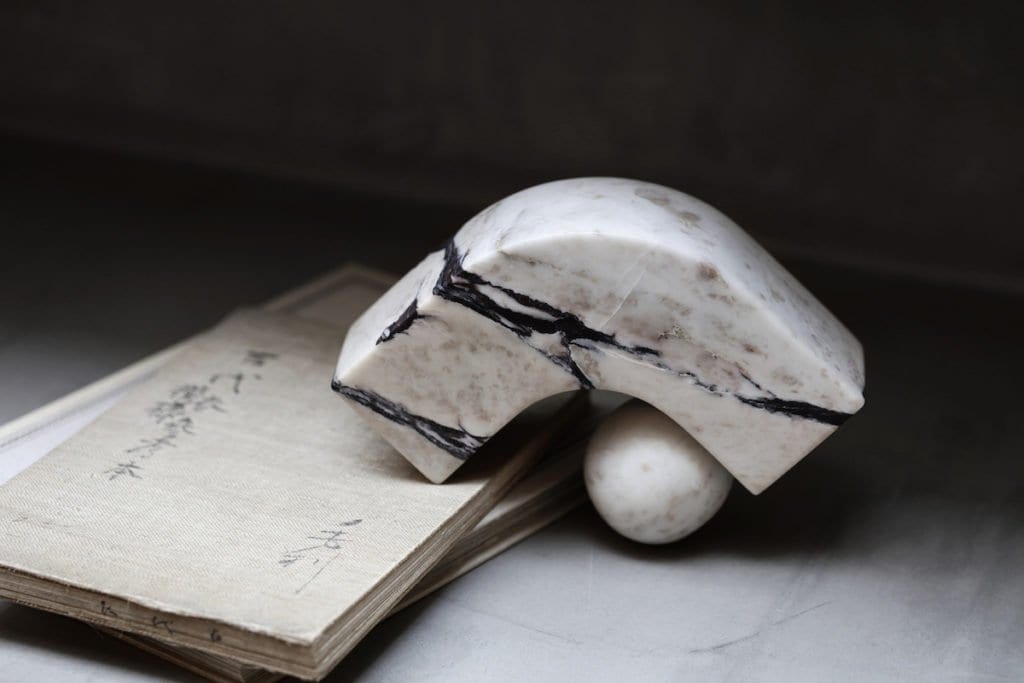 It is in the interplay between the Equi bookend and your favourite book or magazine that an element of balance comes into play. The two rely on each other so naturally that they integrate and fuse, creating a new entity that elevates both objects to something greater than the sum of its parts.

Equi is derived from the Greek word aequus meaning “equal” and inspired by the words equilibrium and equanimity, denoting “equal balance between forces” and “emotional or mental balance” respectively.

That’s the essence of Equi. A versatile bookend entirely made from marble or travertine designed to subtly assist or counterweight your books and magazines, but also to bring an element of balance to the home.

Equi can be placed in several different ways and used as a sculptural element in its own right. 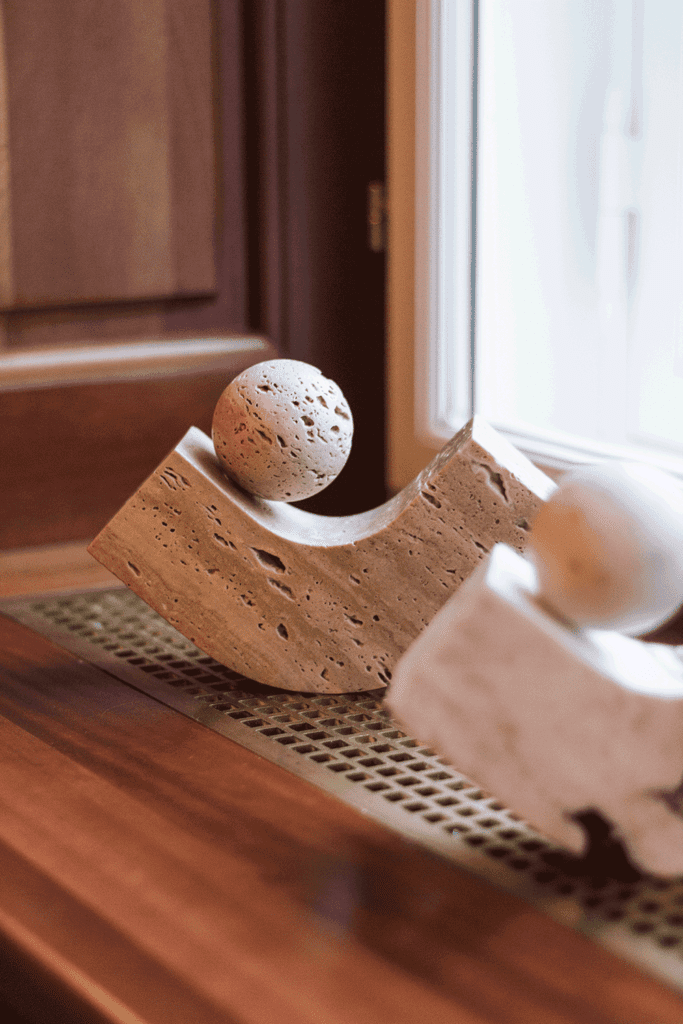 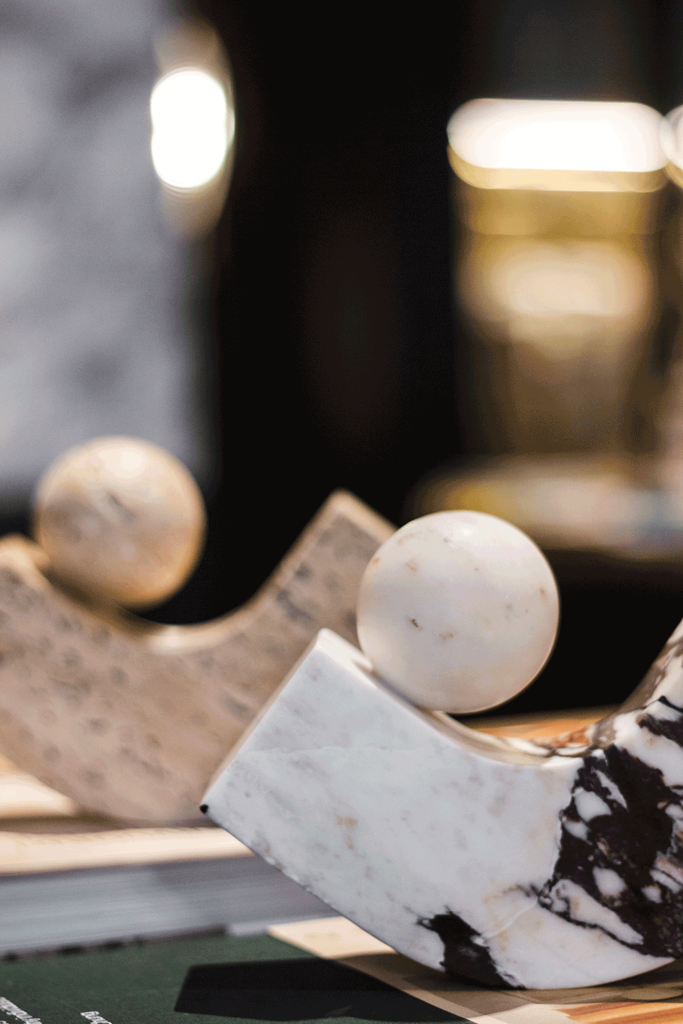 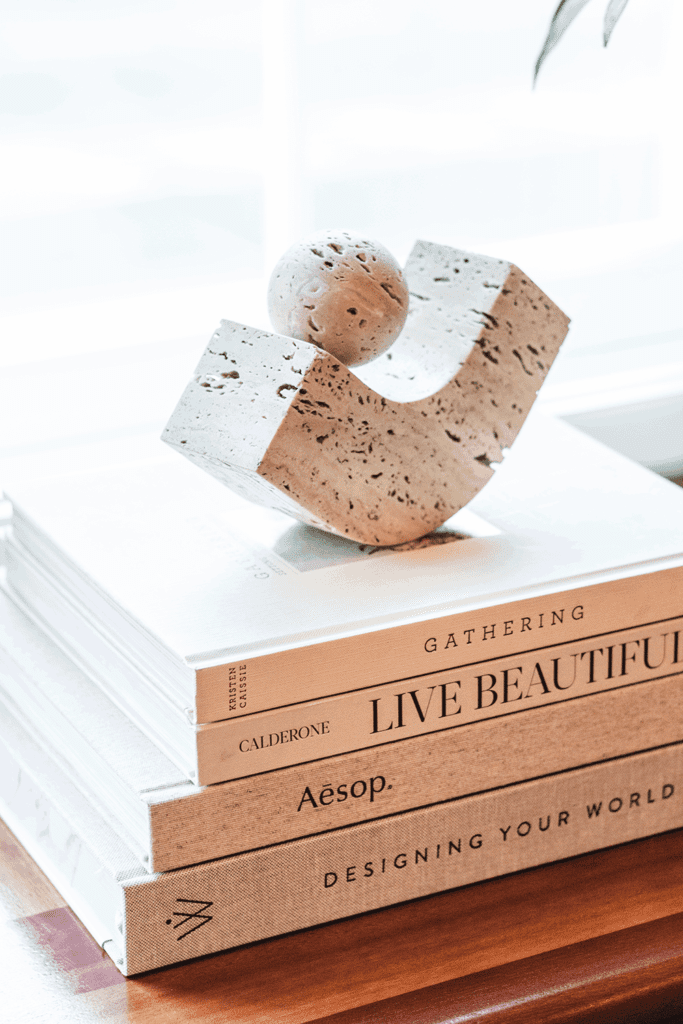 Taking its cue from its namesake from nature, Almond is perfectly shaped as just that – an almond.

As with most of the finer things in life, the essence of Almond is balance. Give it a slight touch of your finger and watch it tip from side to side, only to return to its grounded centre. 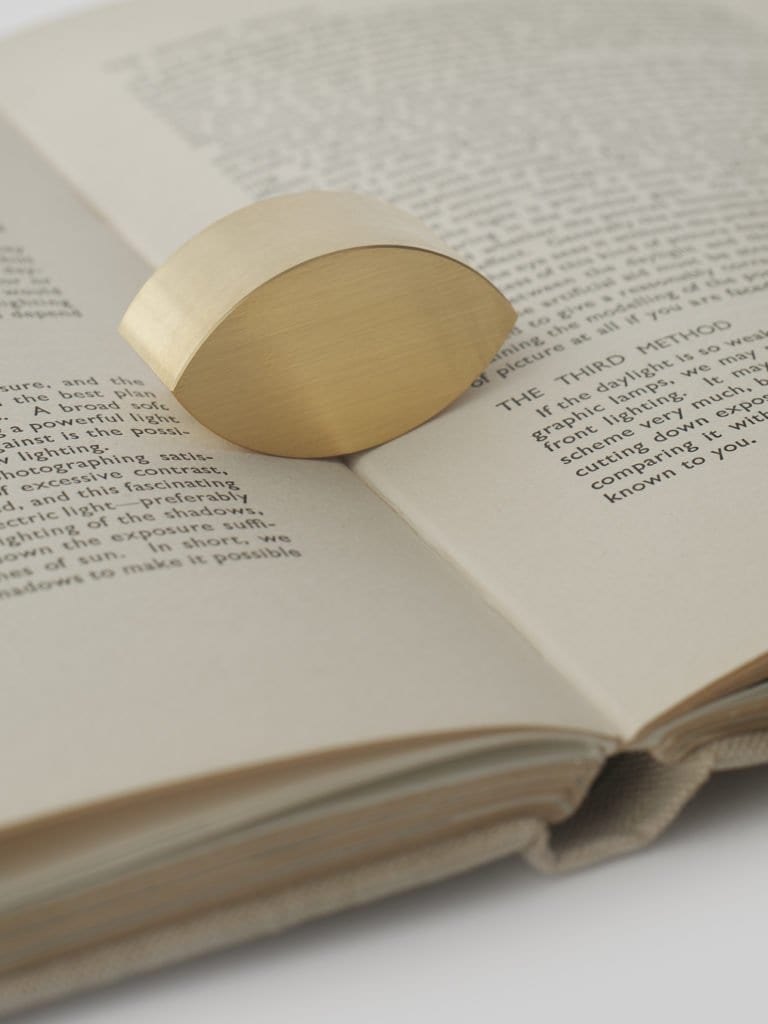 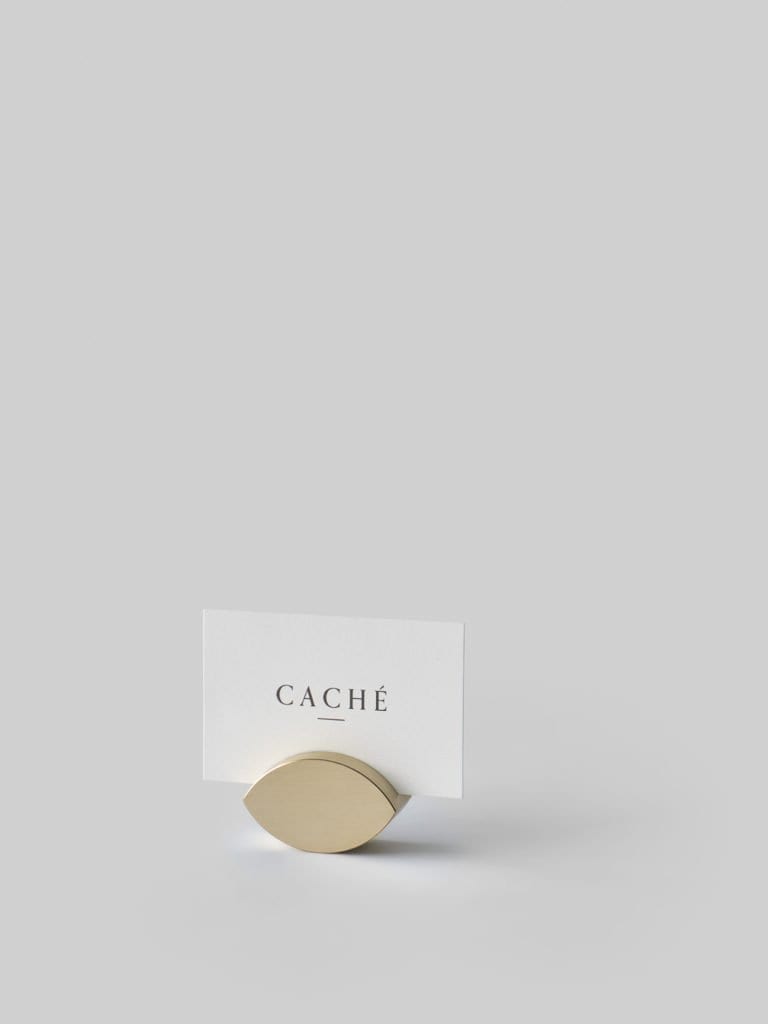 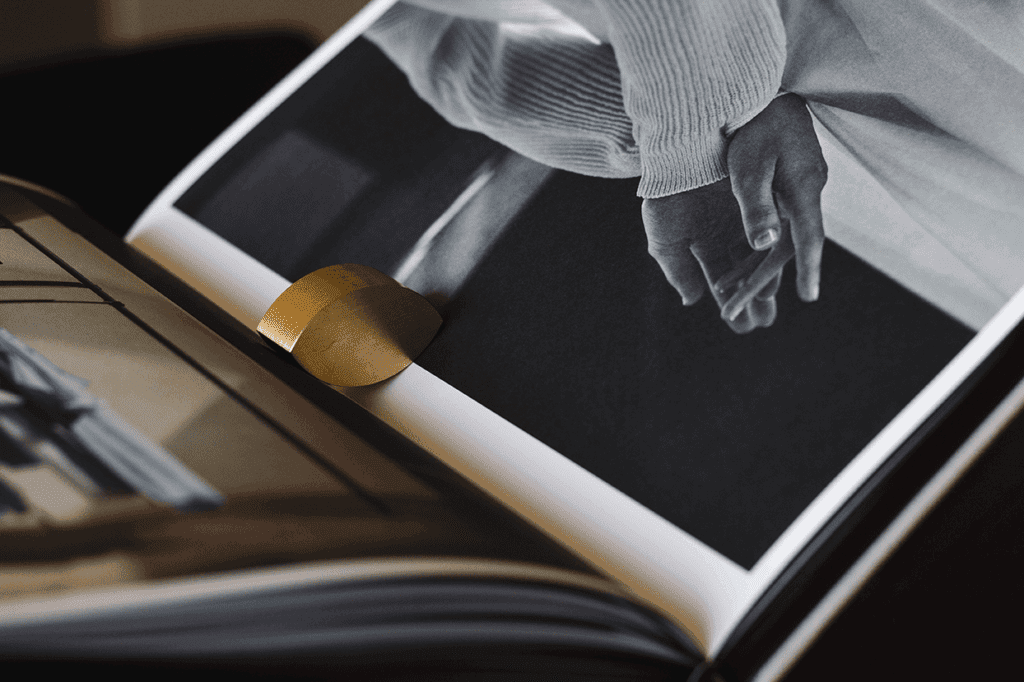