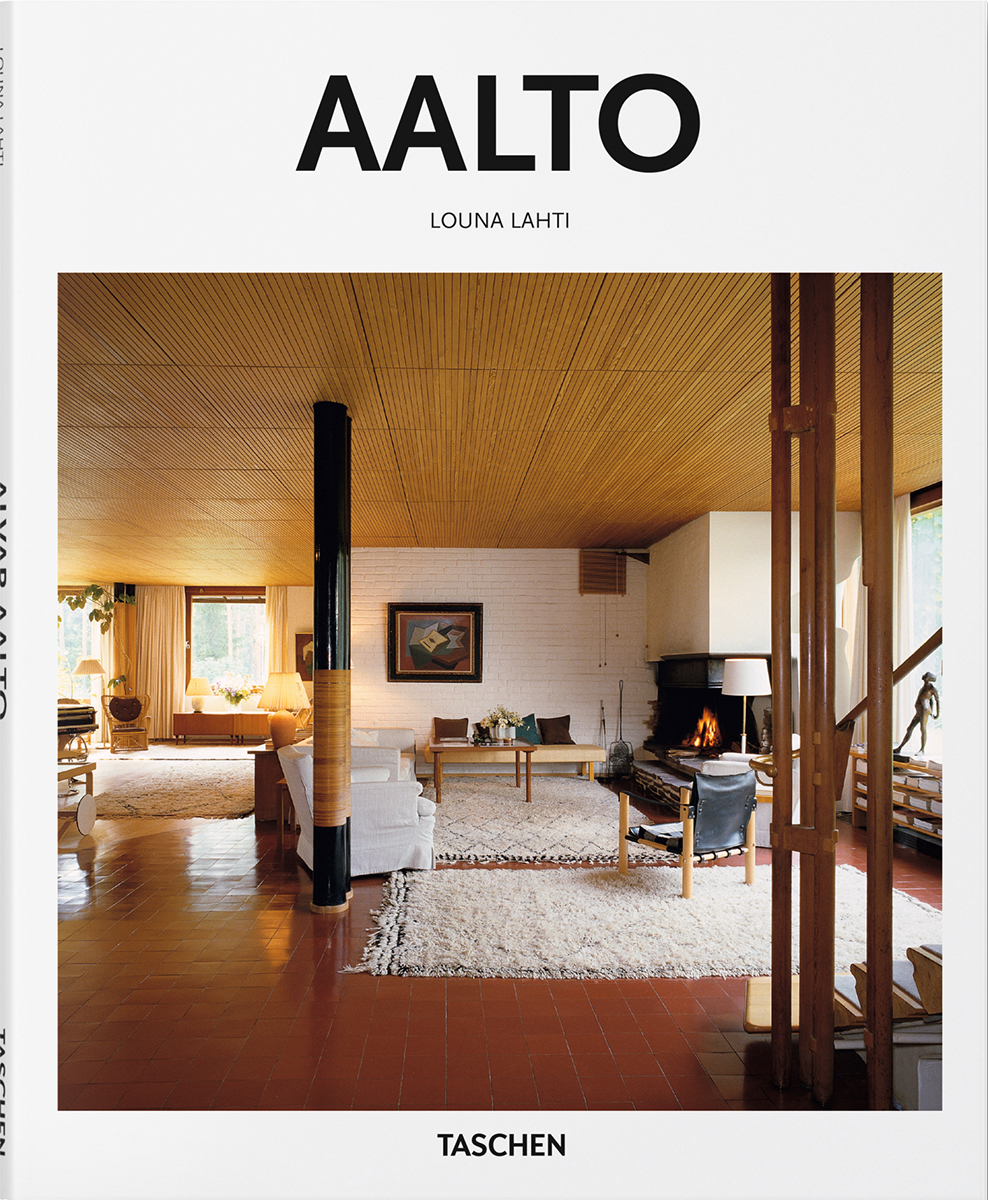 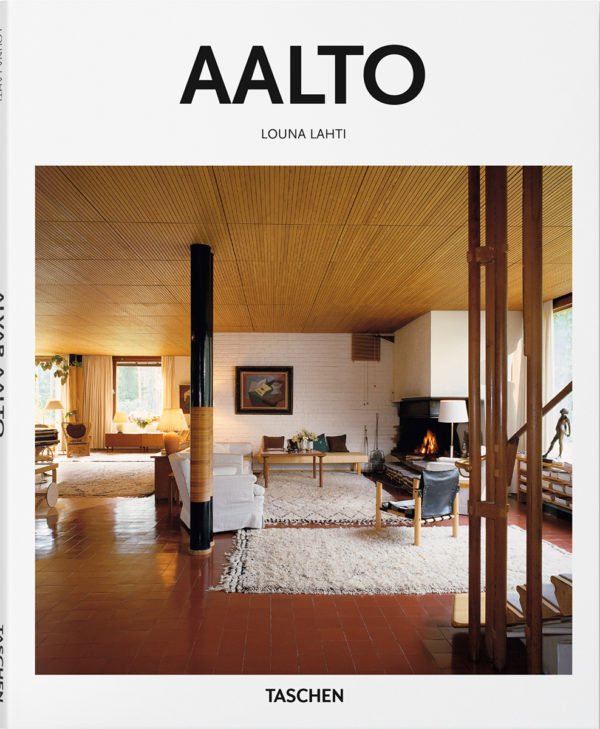 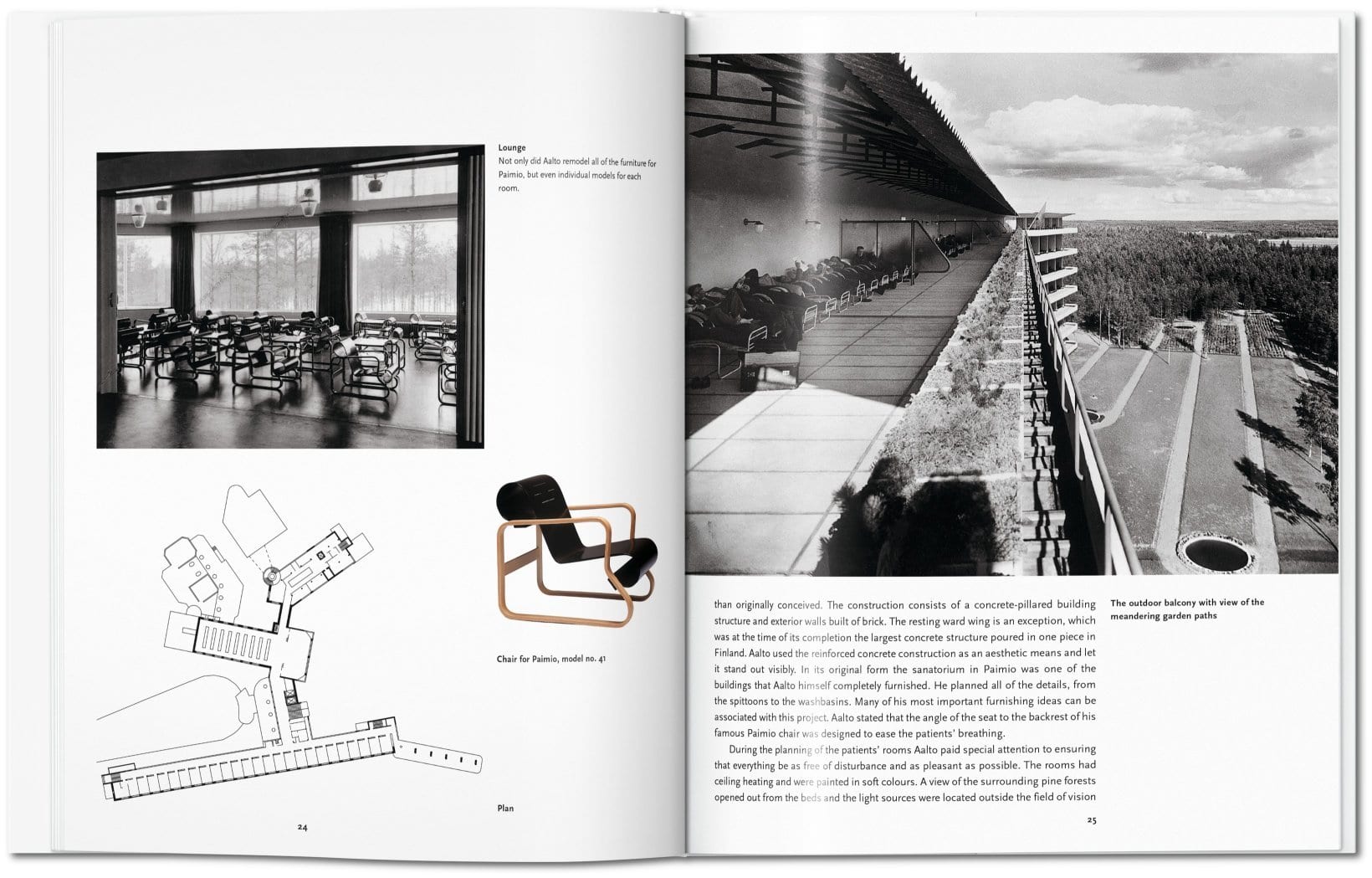 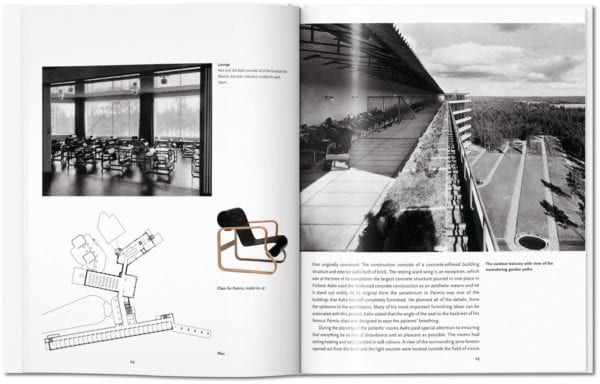 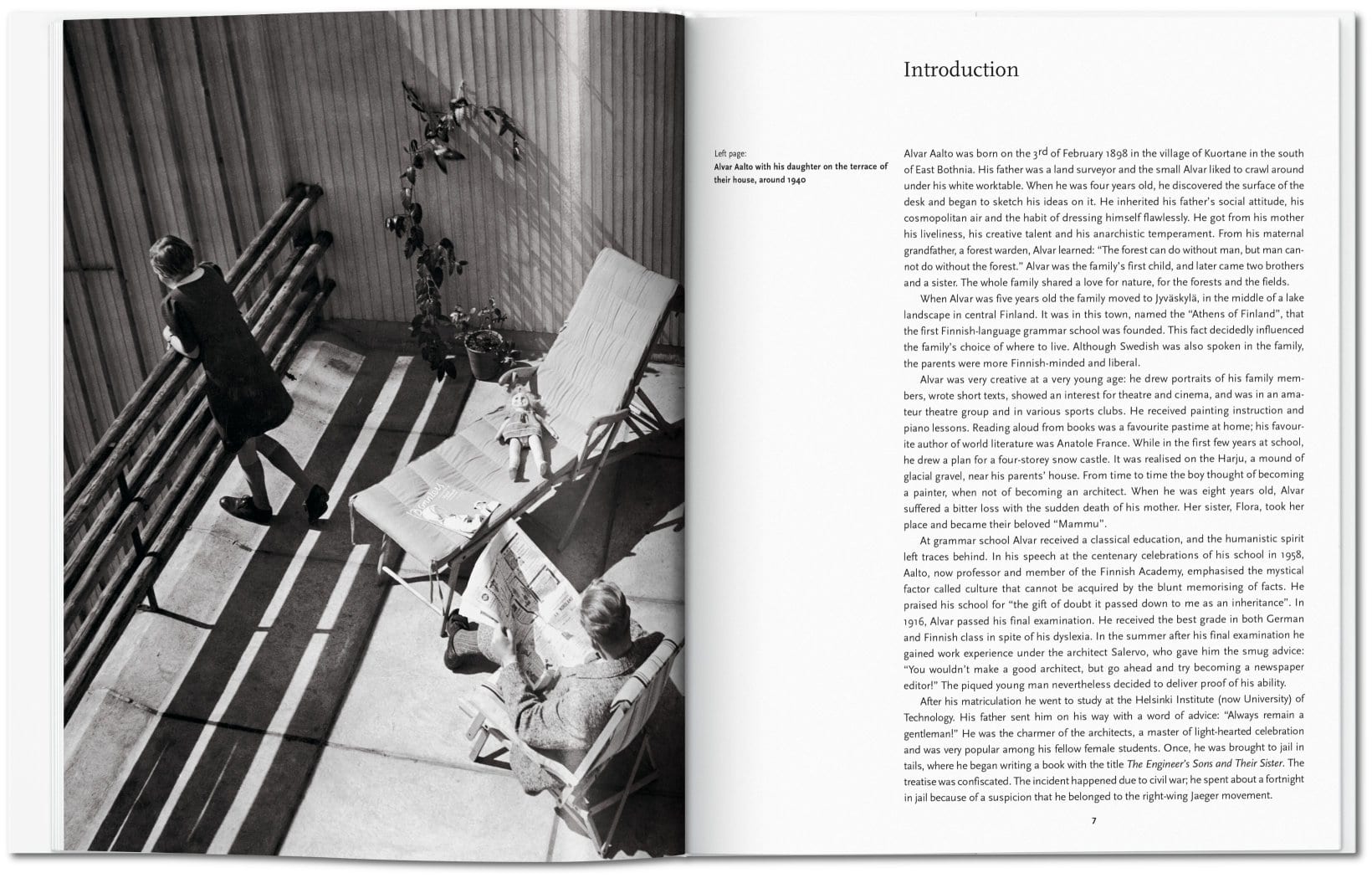 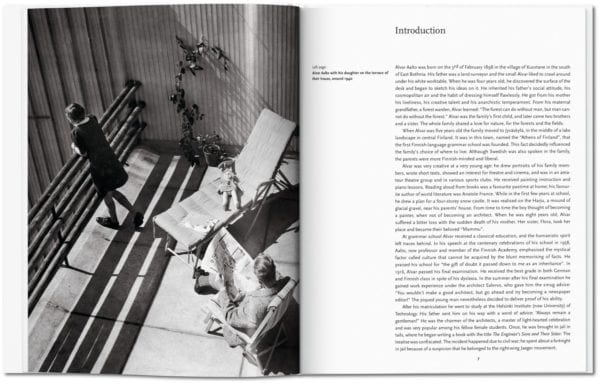 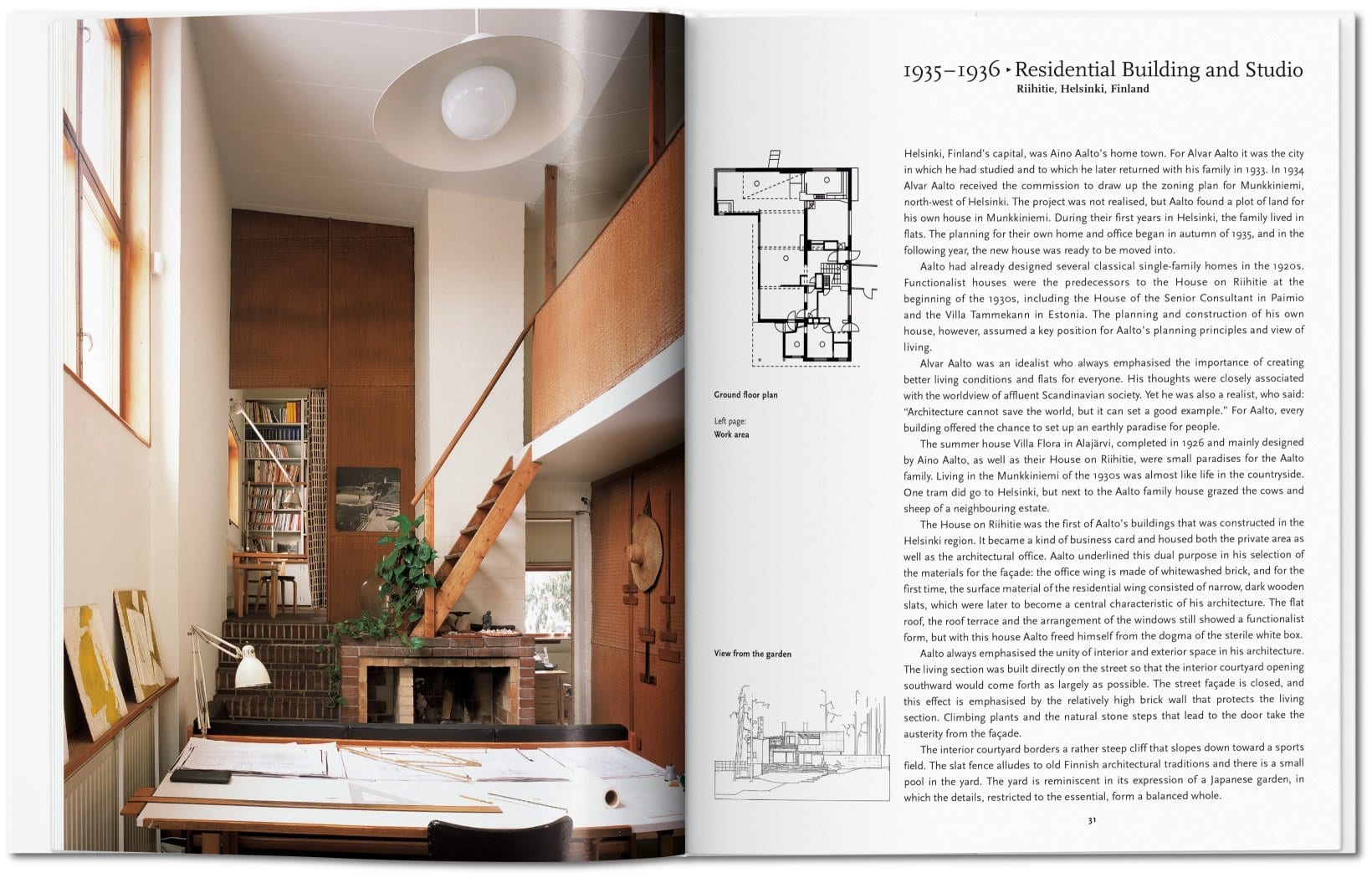 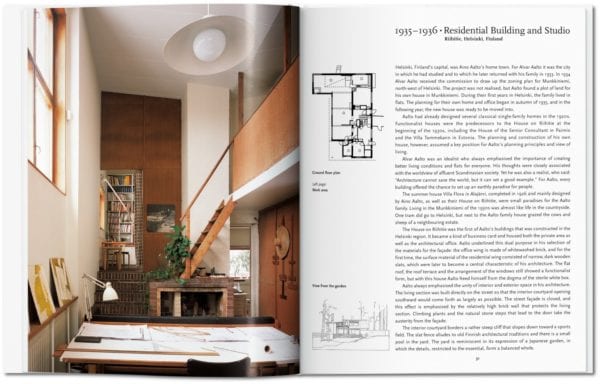 Alvar Aalto (1898?1976) made a unique modernist mark. Influenced by both the landscape and the political independence of his native Finland, he designed warm, curving, compassionate buildings, wholly set apart from the slick, mechanistic, geometric designs that characterized much contemporary European practice.

Whether a church, a villa, a sauna, or a public library, Aalto’s organic structures tended to replace plaster and steel with brick and wood, often incorporating undulating, wave-like forms, which would also appear in his chair, glassware, and lamp designs. An adherent to detail, Aalto insisted upon the humanity of his work stating: “Modern architecture does not mean using immature new materials; the main thing is to work with materials towards a more human line.”

Many of Aalto’s public buildings such as S??yn??tsalo Town Hall, the lecture theatre at Otaniemi Technical University, the Helsinki National Pensions Institute and the Helsinki House of Culture may be seen as psychological as well as physical landmarks in the rebuilding of Finland after the ravages of war.

It all began in 1985 when the very first original TASCHEN publication and inaugural Basic Art title, Picasso, was released. A game-changing series was born! Since then, these succinct and slimline books have developed into a true treasure trove. Nearly 200 titles, translated into some 20 languages, and offering an introductory who’s who of art history, architecture, and design, this series became the world’s best-selling art book collection ever published.

For its 30th anniversary, we beamed this much loved series up to its new 21st century orbit: revised, newly designed, and hardcover bound ? but still at a rock-bottom price! The series originated as A4 size folios but the new Basic Art comes in a much more manageable size; easily portable so that you can go mobile with your extensive knowledge of cultural history. The art book series details the individuals whose practices have shaped the development of art and design but it also records larger art movements in titles where you can explore the context of a generation and appreciate the galvanizing spirt of the collective. An essential element to any library, the Basic Art Series are the quintessential TASCHEN art books.

“These seductive books have slick production values, excellent illustrations, and smart texts. Each one is a fast-food, high-energy fix on the topic at hand.” The New York Times Book Review