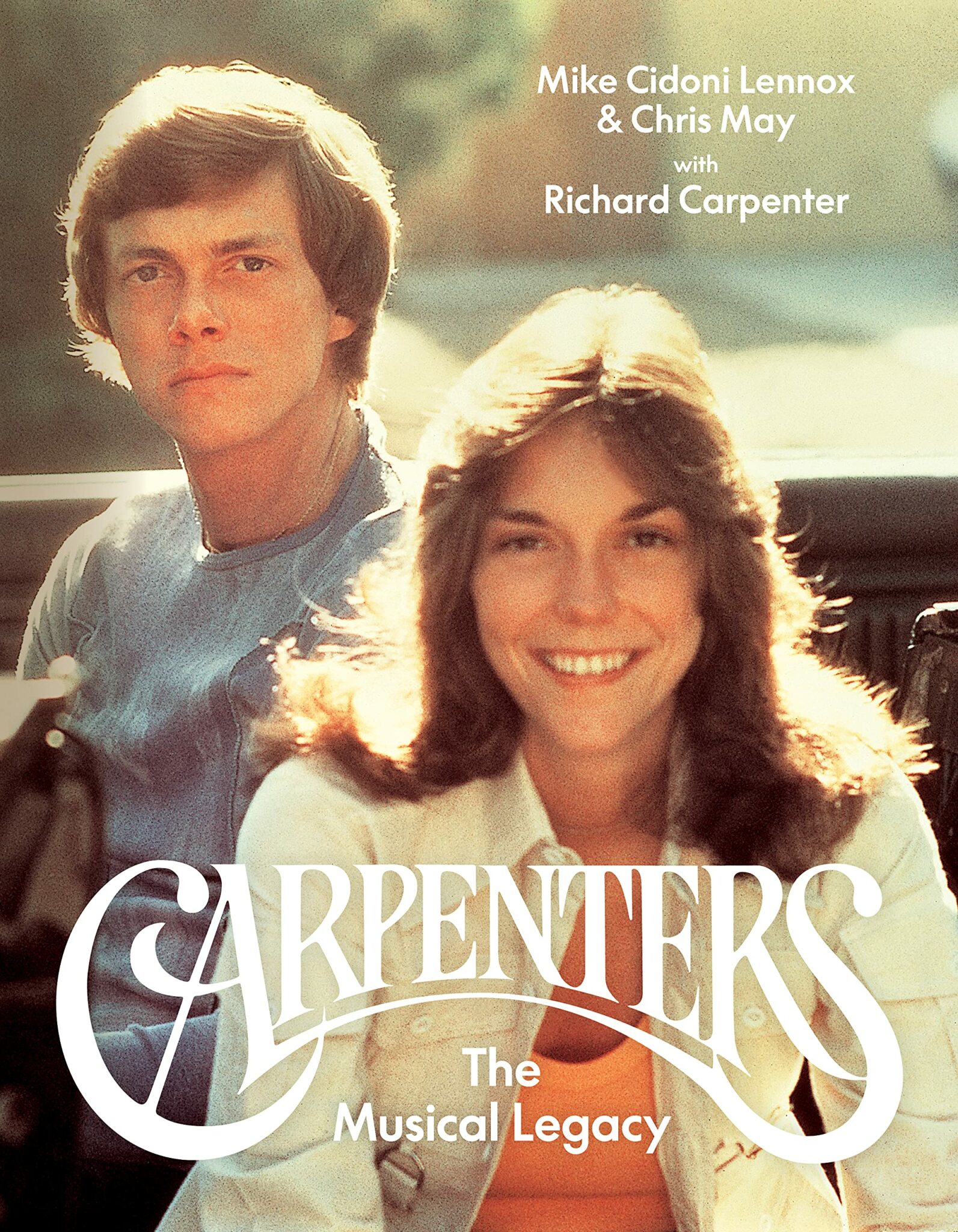 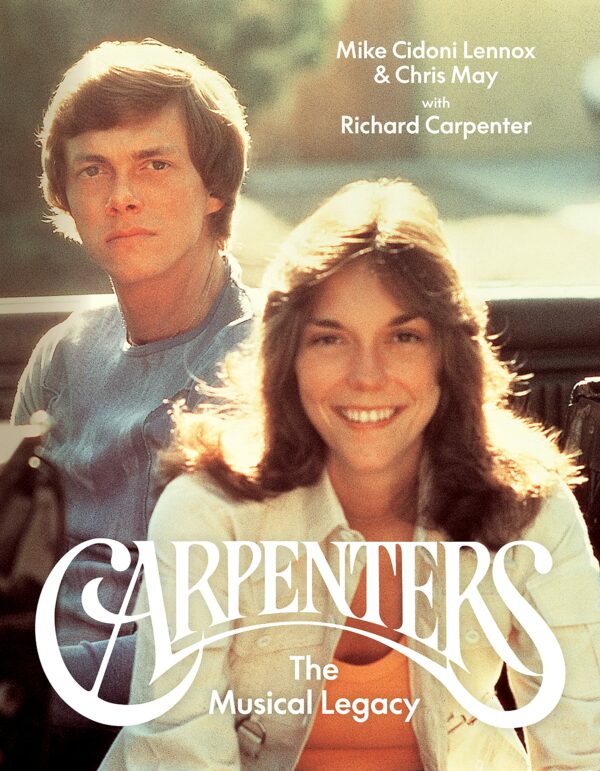 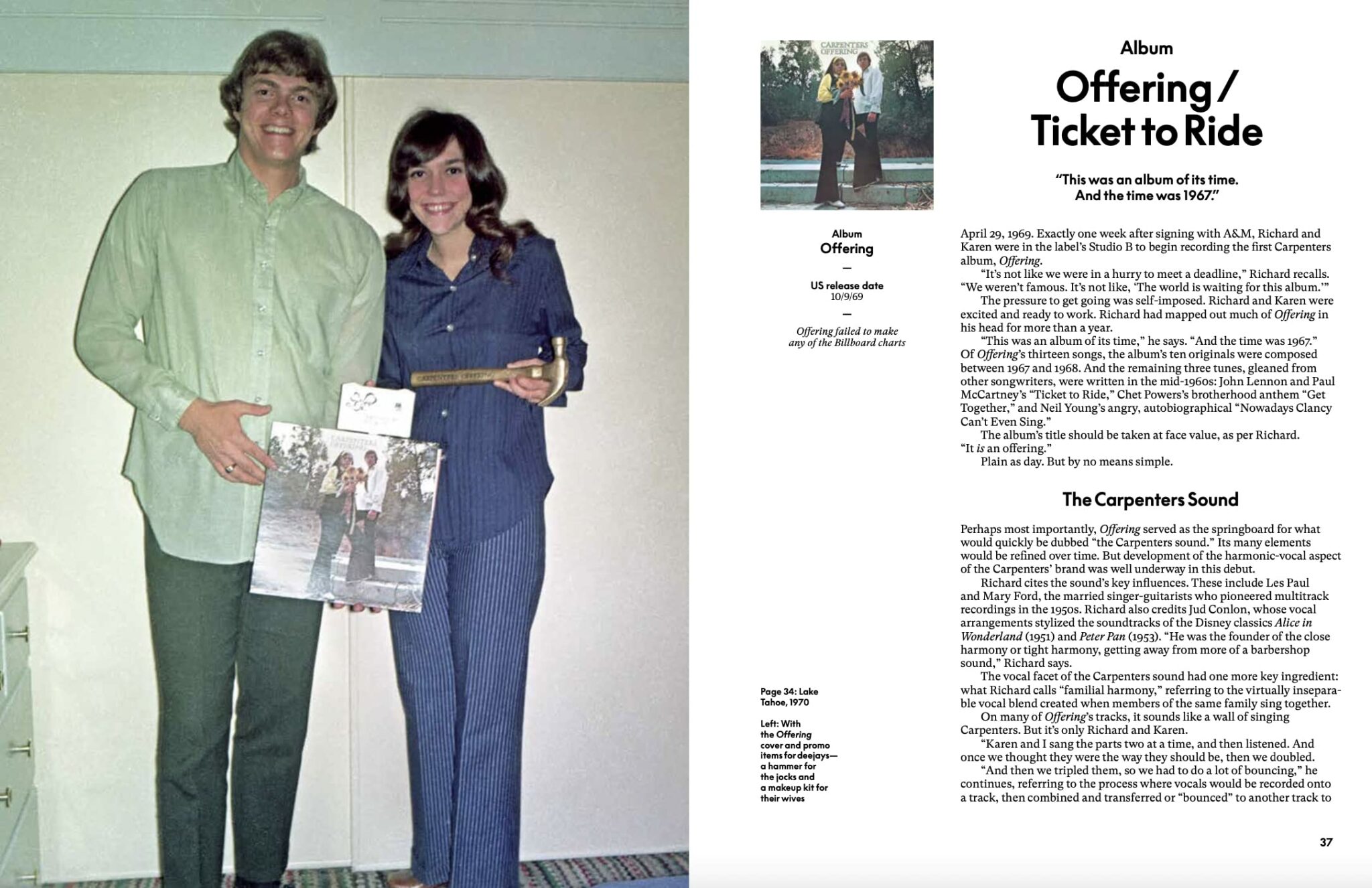 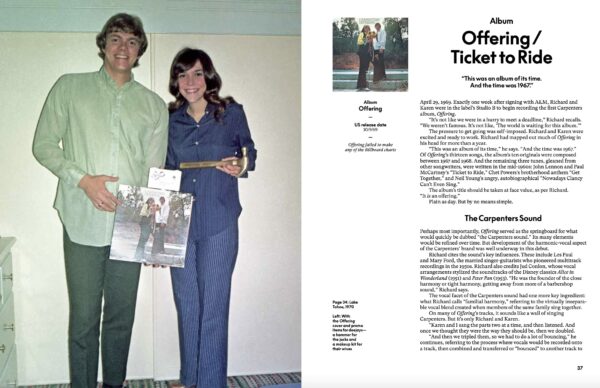 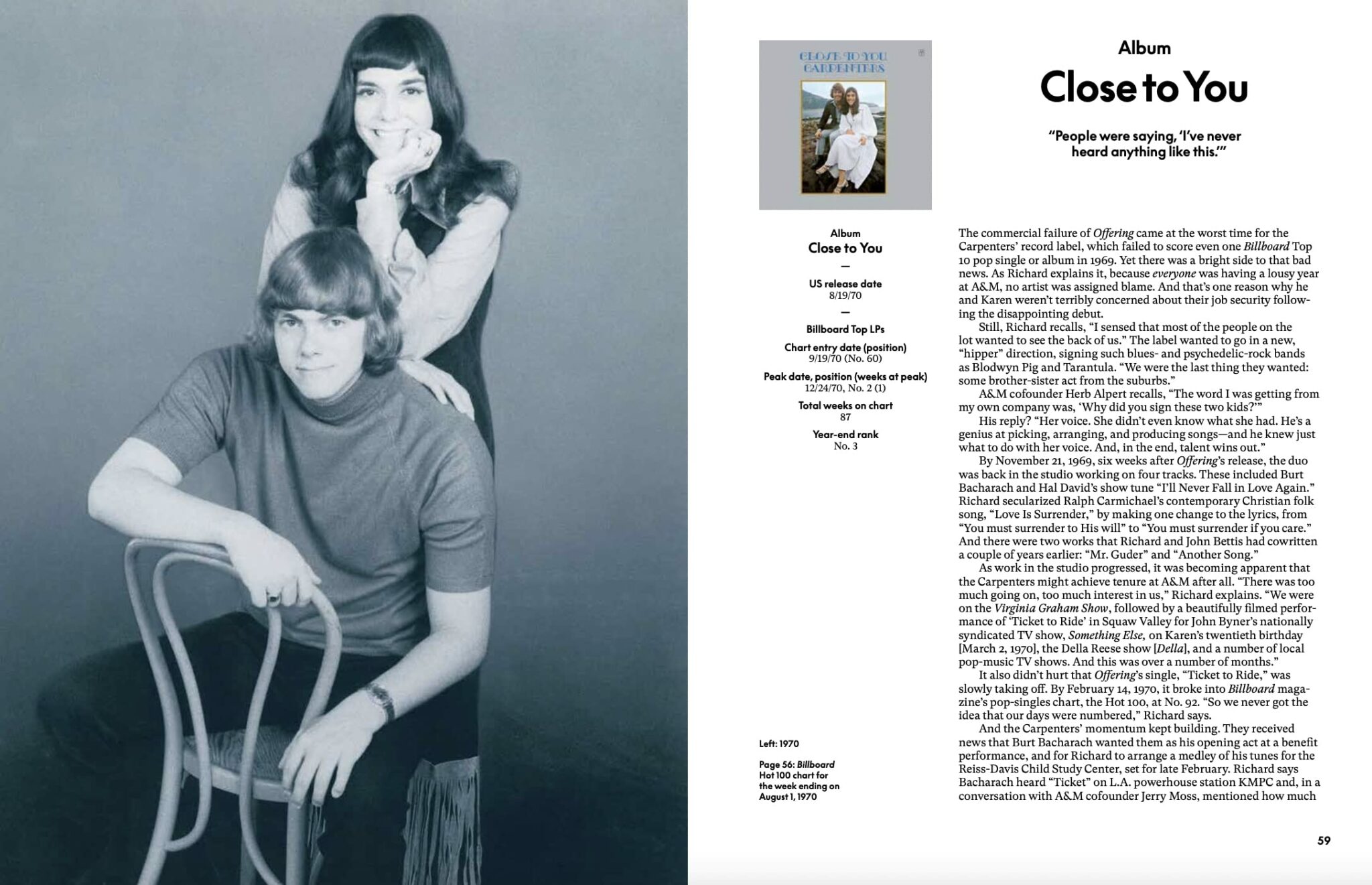 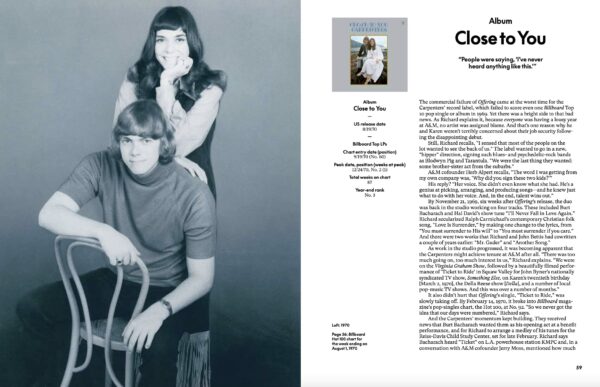 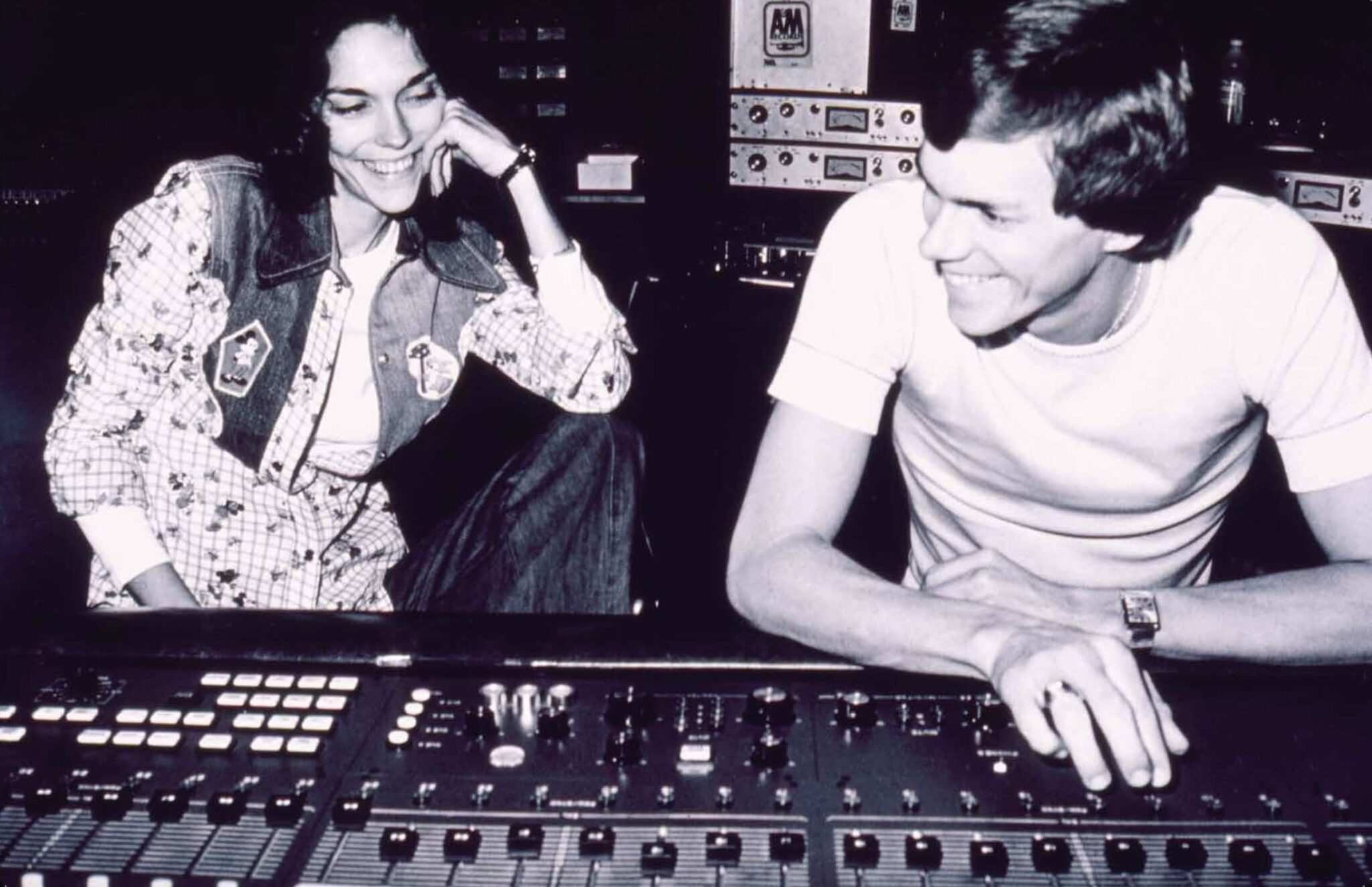 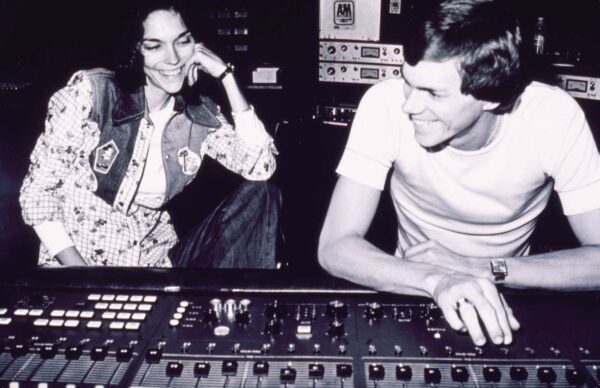 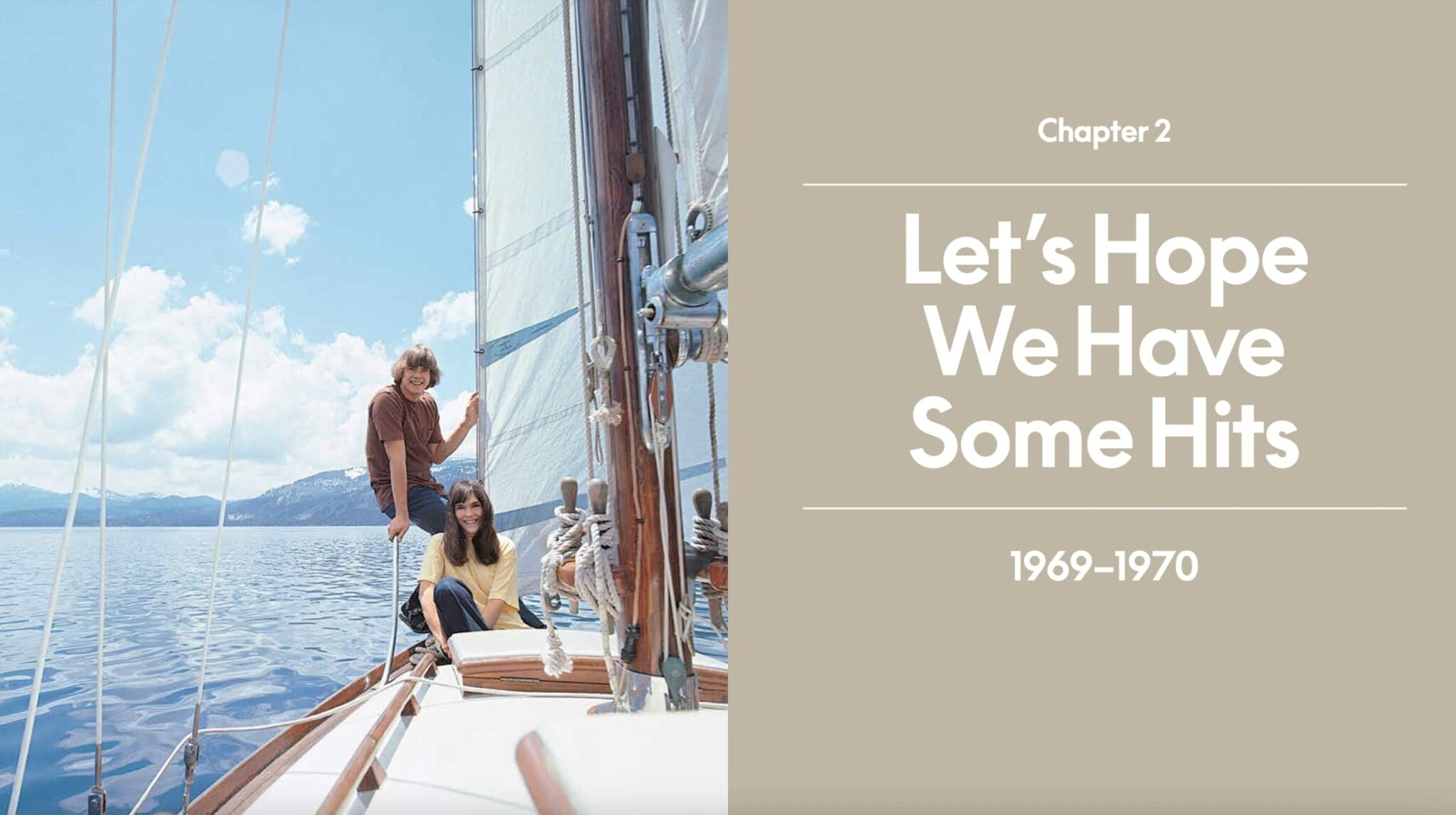 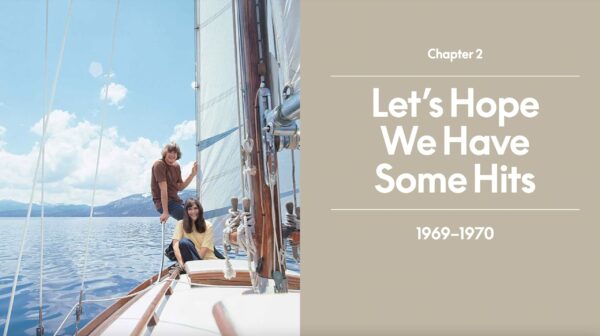 The definitive biography of one of the most enduring and endeared recording artists in history—the Carpenters—is told for the first time from the perspective of Richard Carpenter, through more than 100 hours of exclusive interviews and some 200 photographs from Richard’s personal archive, many never published.

After becoming multimillion-selling, Grammy-winning superstars with their 1970 breakthrough hit “(They Long to Be) Close to You,” Richard and Karen Carpenter would win over millions of fans worldwide with a record-breaking string of hits including “We’ve Only Just Begun,” “Top of the World,” and “Yesterday Once More.”

By 1975, success was taking its toll. Years of jam-packed work schedules, including hundreds of concert engagements, proved to be just too much for the Carpenters to keep the hits coming—and, ultimately, to keep the music playing at all. However, Richard and Karen never took their adoring public, or each other, for granted.

In Carpenters: The Musical Legacy, Richard Carpenter tells his story for the first time. With candor, heart, and humor, he sheds new light on the Carpenters’ trials and triumphs—work that remains the gold standard for melodic pop. This beautifully illustrated definitive biography, with exclusive interviews and never-before-seen photographs, is a must-have for any Carpenters fan.