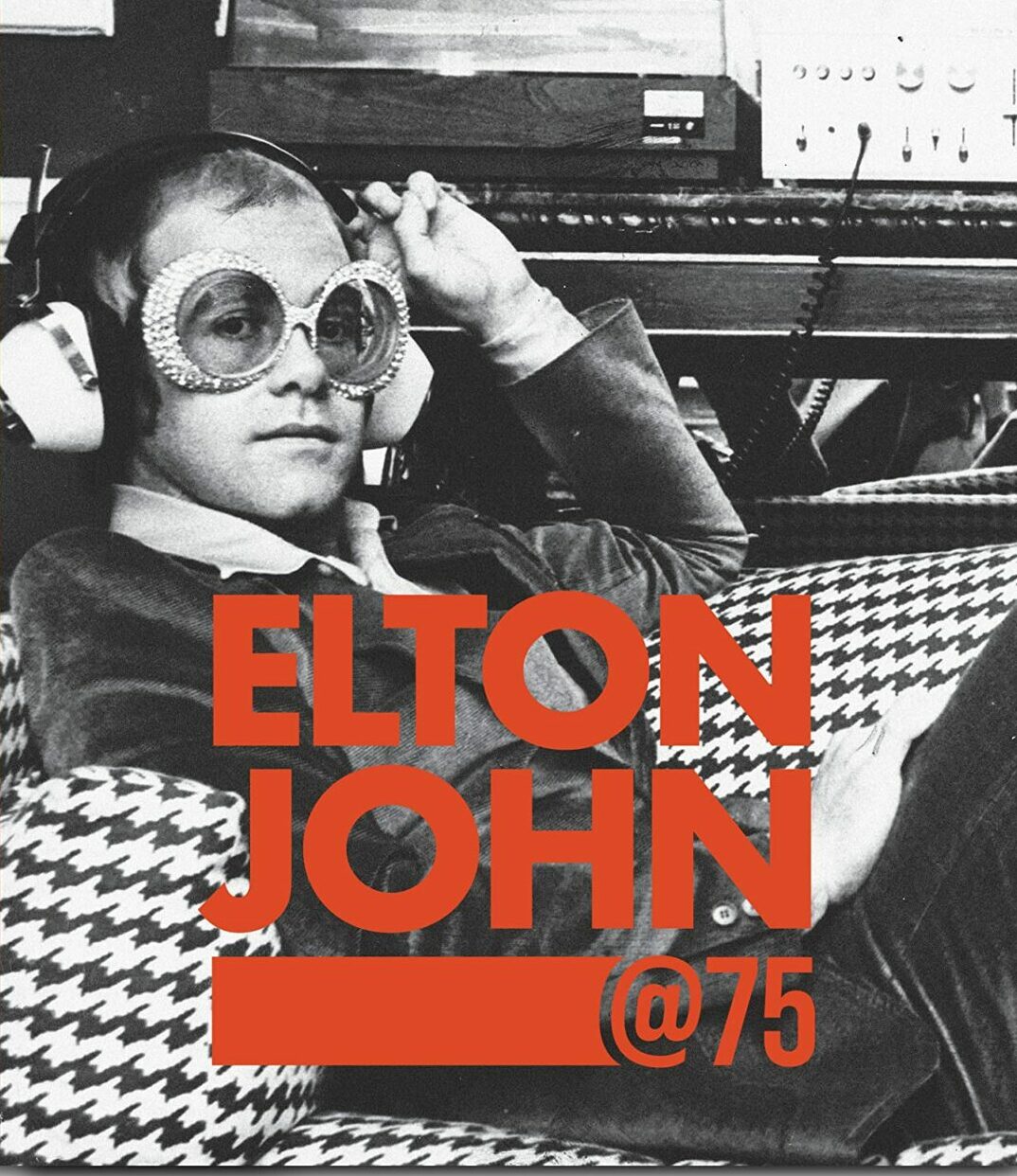 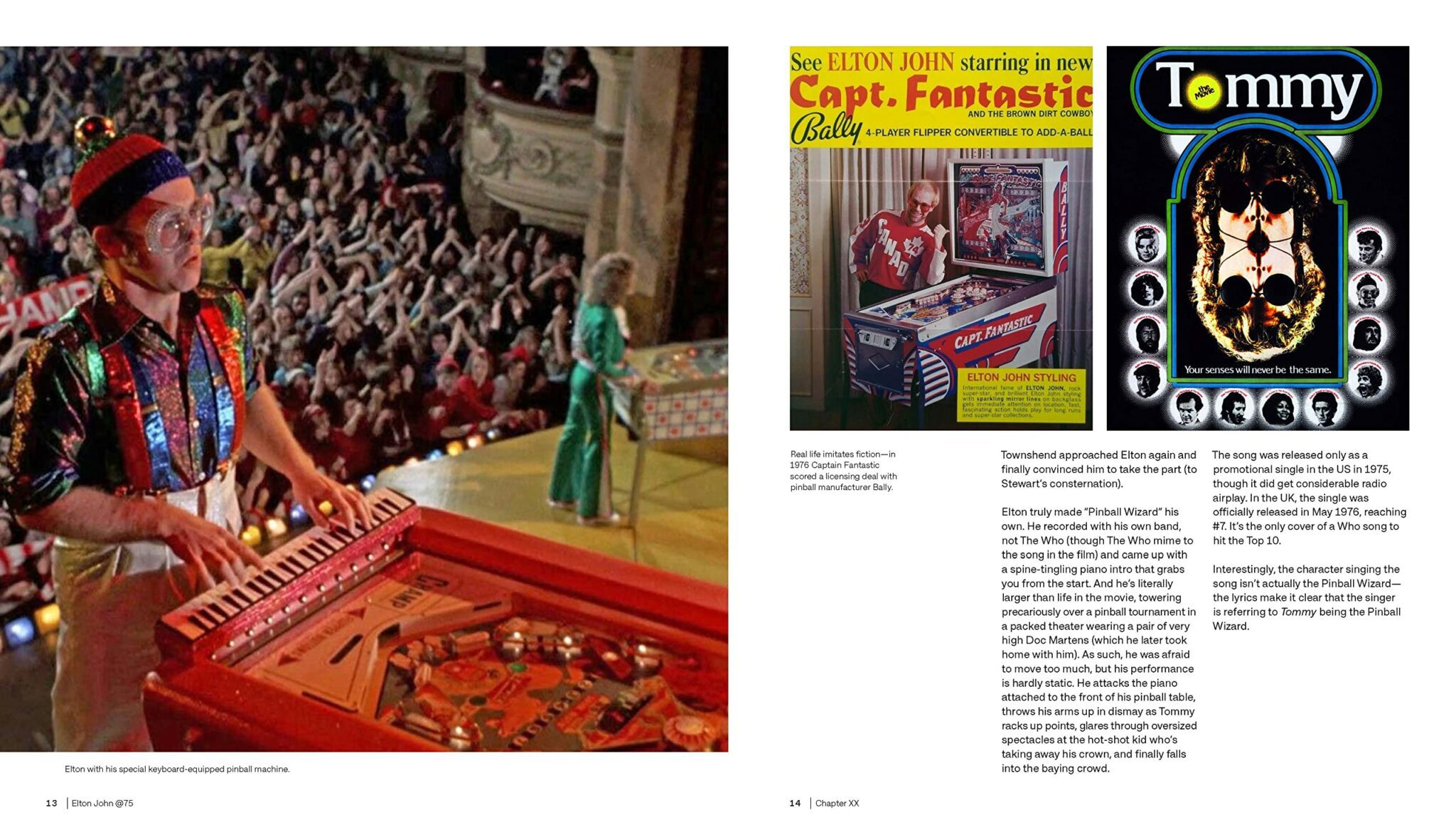 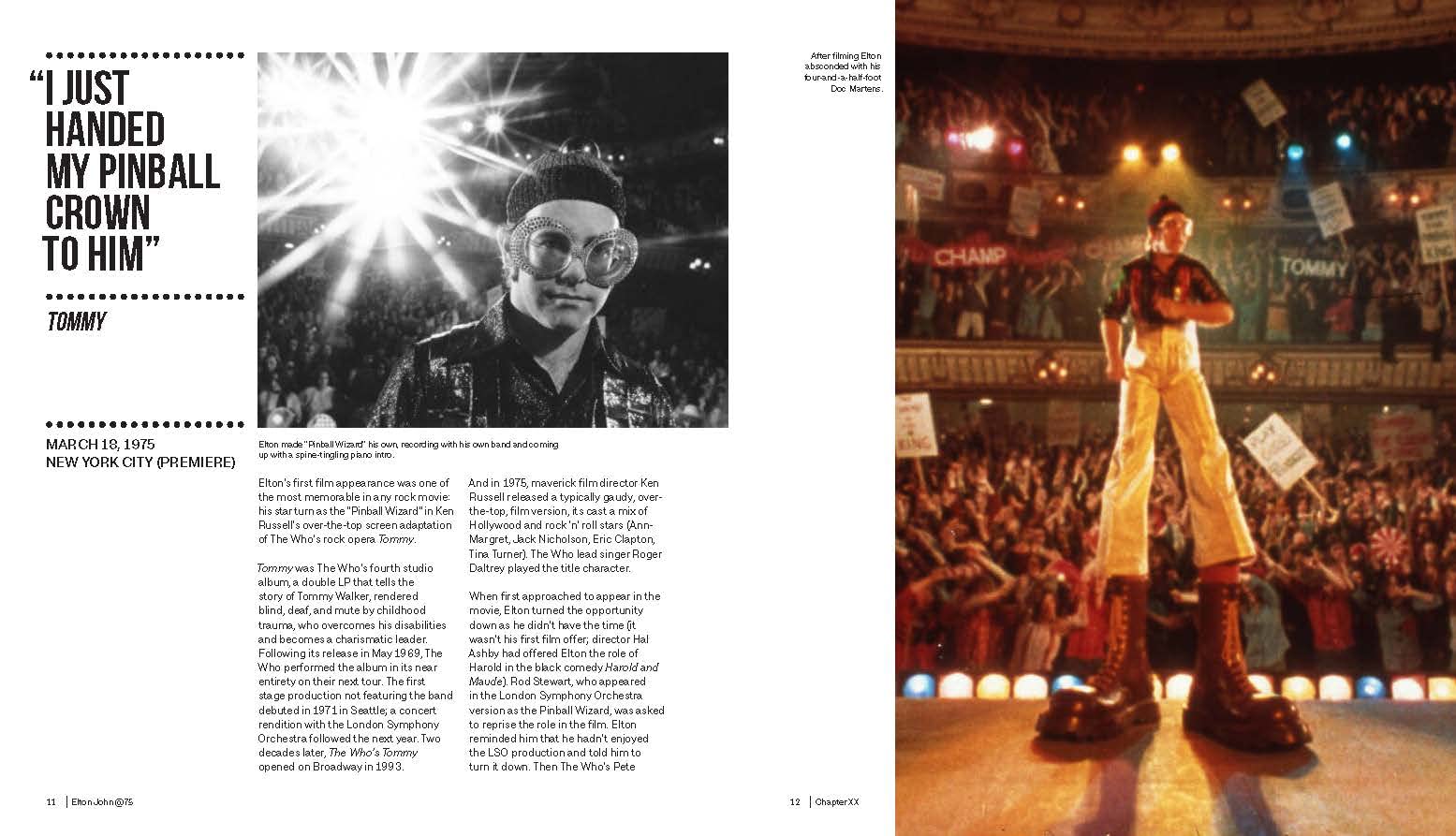 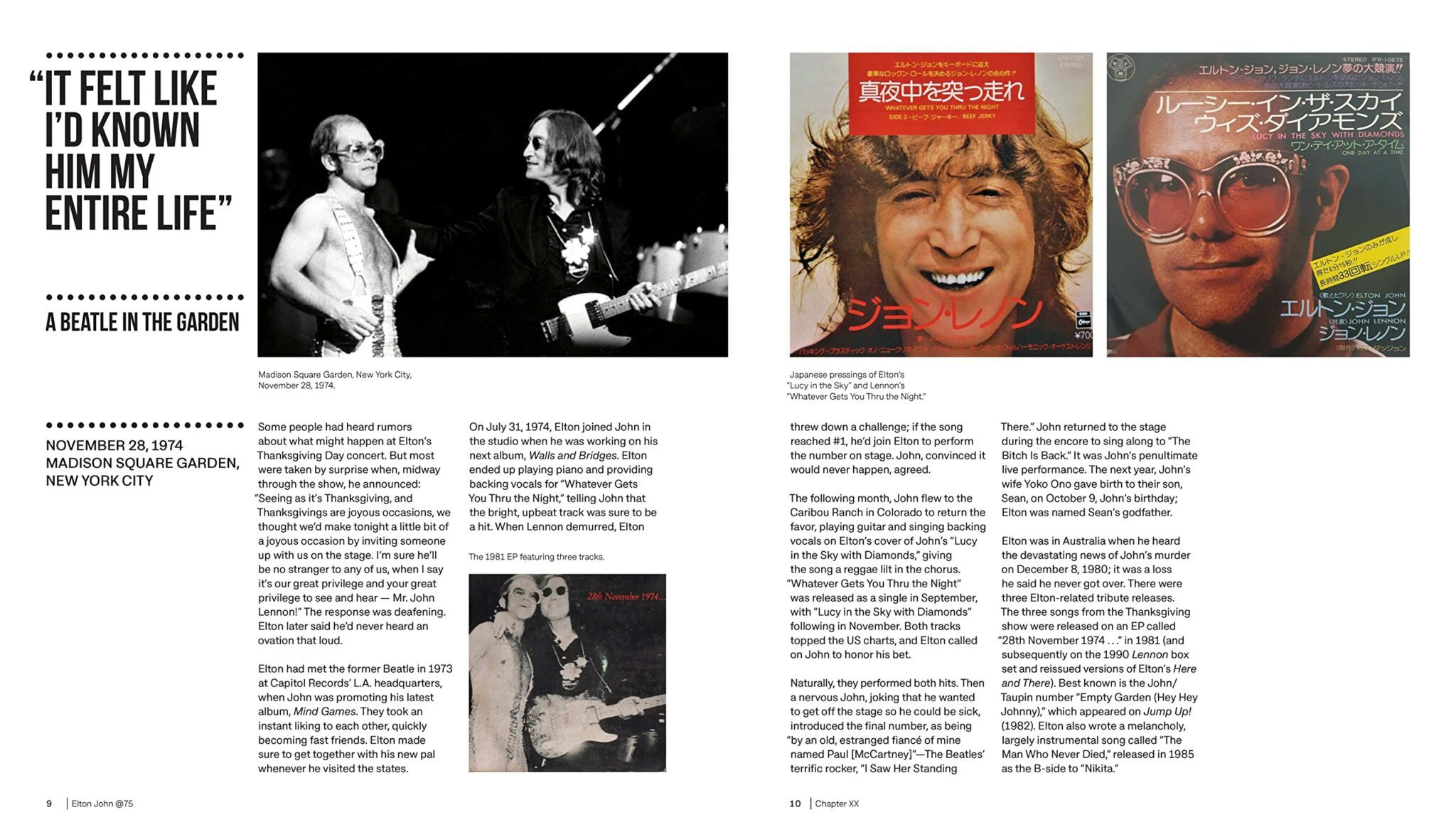 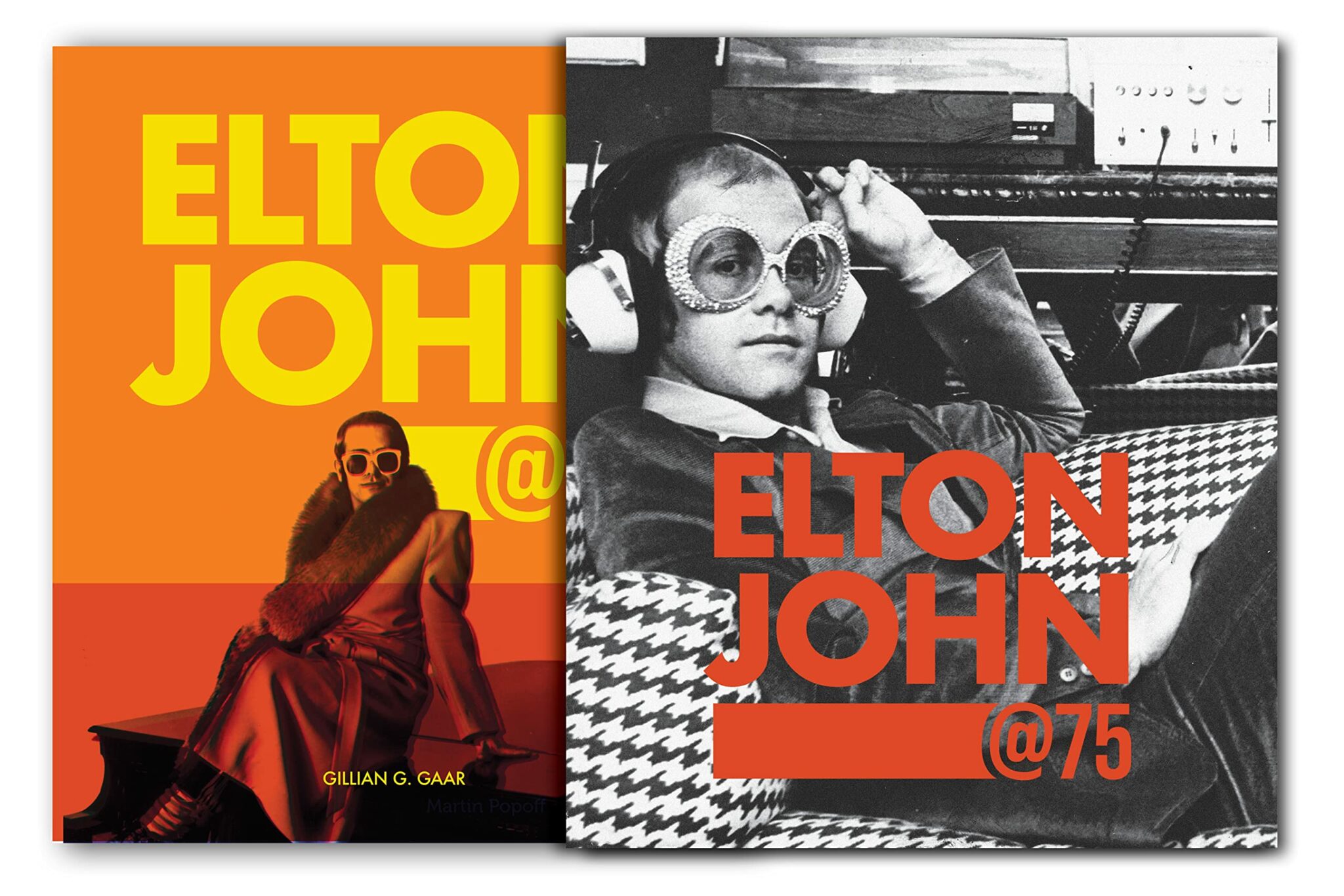 A unique and beautifully produced celebration of the iconic and beloved rock star, Elton at 75 features a slipcased hardcover with a gatefold timeline, gatefold artwork, frameable pull-out gig poster, and a pull-out photo print!

Few rock artists continue to gather more and more adulation with age. Sir Elton Hercules John is an exception who proves the rule. In Elton John at 75, veteran rock journalist Gillian Gaar presents a unique and beautifully produced celebration of the iconic and beloved rock star, examining Sir Elton through the lens of 75 career accomplishments and life events. Key studio albums are featured, of course, as are a curated selection of his earworm singles. But Gaar delves deeper to reveal the events that helped chart the course of Elton’s career:

Beginning with his 1969 debut LP, Elton John is regarded as one of the most influential musicians and performers of the previous five decades. In examining 75 touchstones, Gaar provides a unique presentation of Elton’s career arc, from his first steps as a solo artist to the breakthrough album Goodbye Yellow Brick Road to his flamboyant stage presence, and beyond.

Every page is illustrated with stunning concert and candid offstage photography, including gig posters, 7-inch picture sleeves, and more. This incredible package also includes a gatefold Elton John timeline, a previously unpublished gatefold artwork, an 8×10-inch glossy print, and a pullout poster. The result is a stunning tribute to one of the most admired stars in rock—in a milestone year.