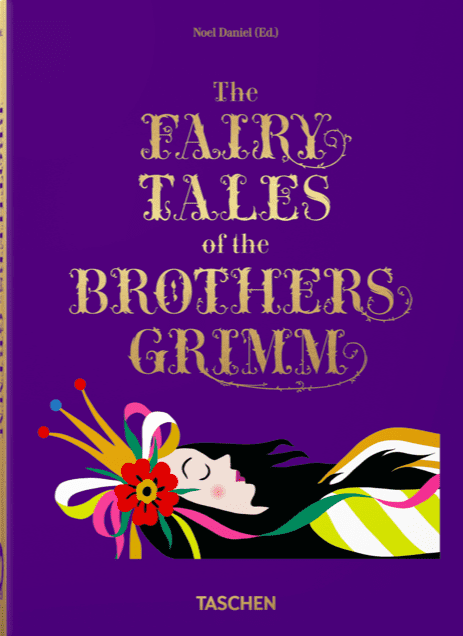 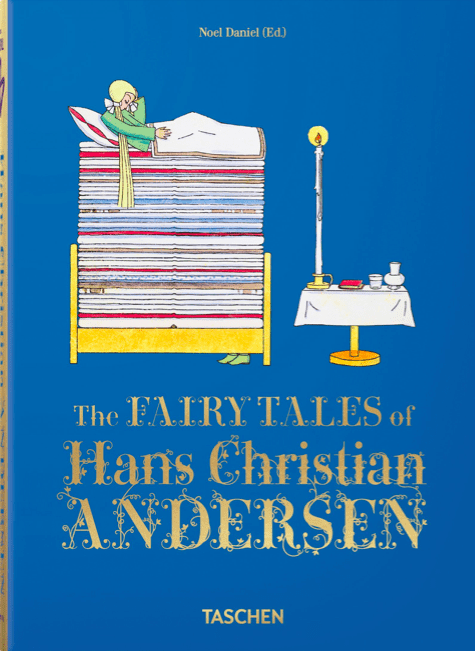 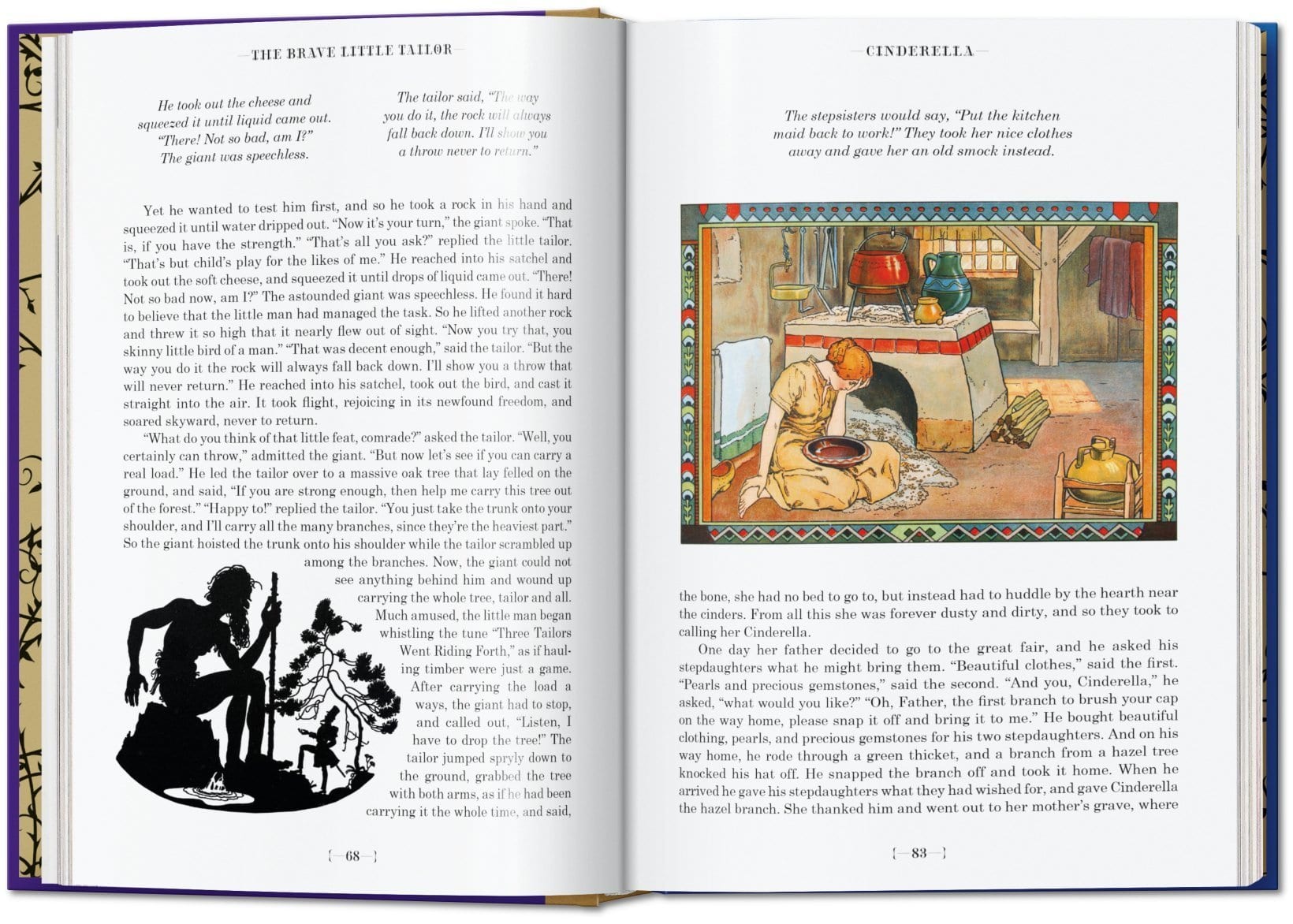 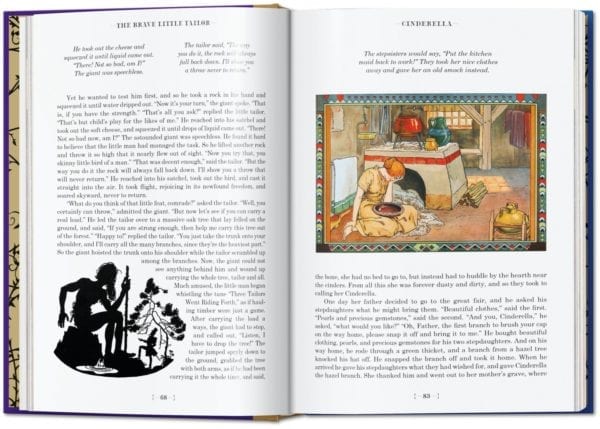 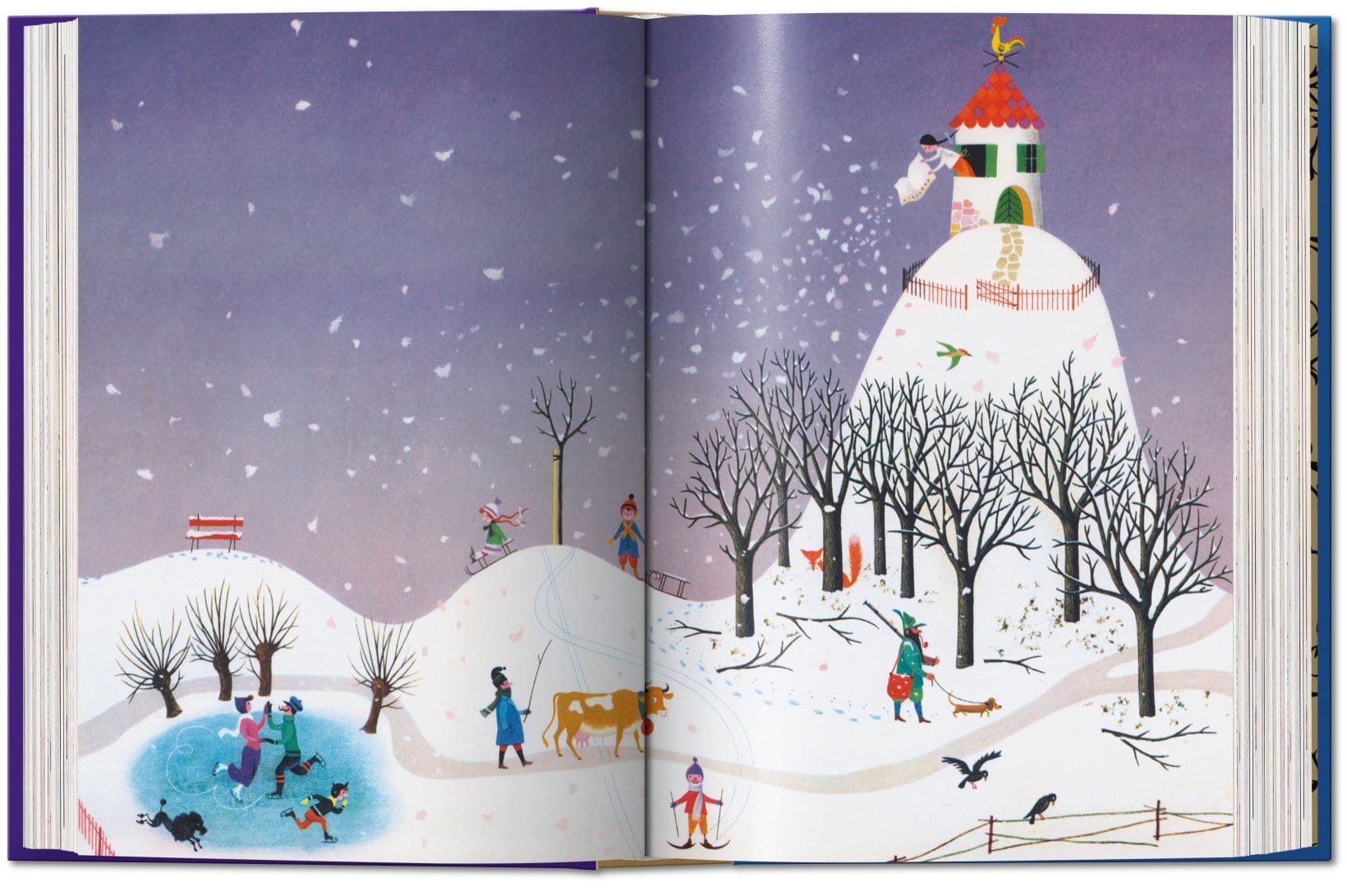 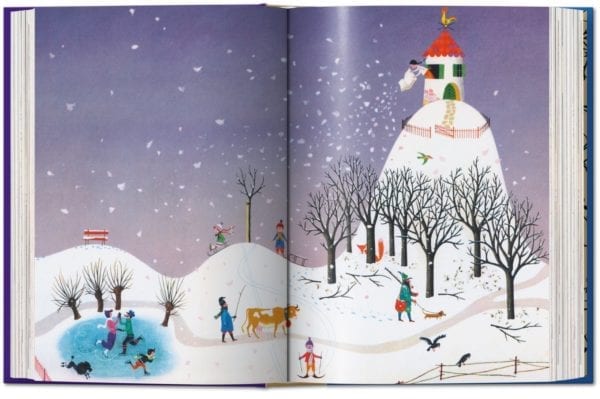 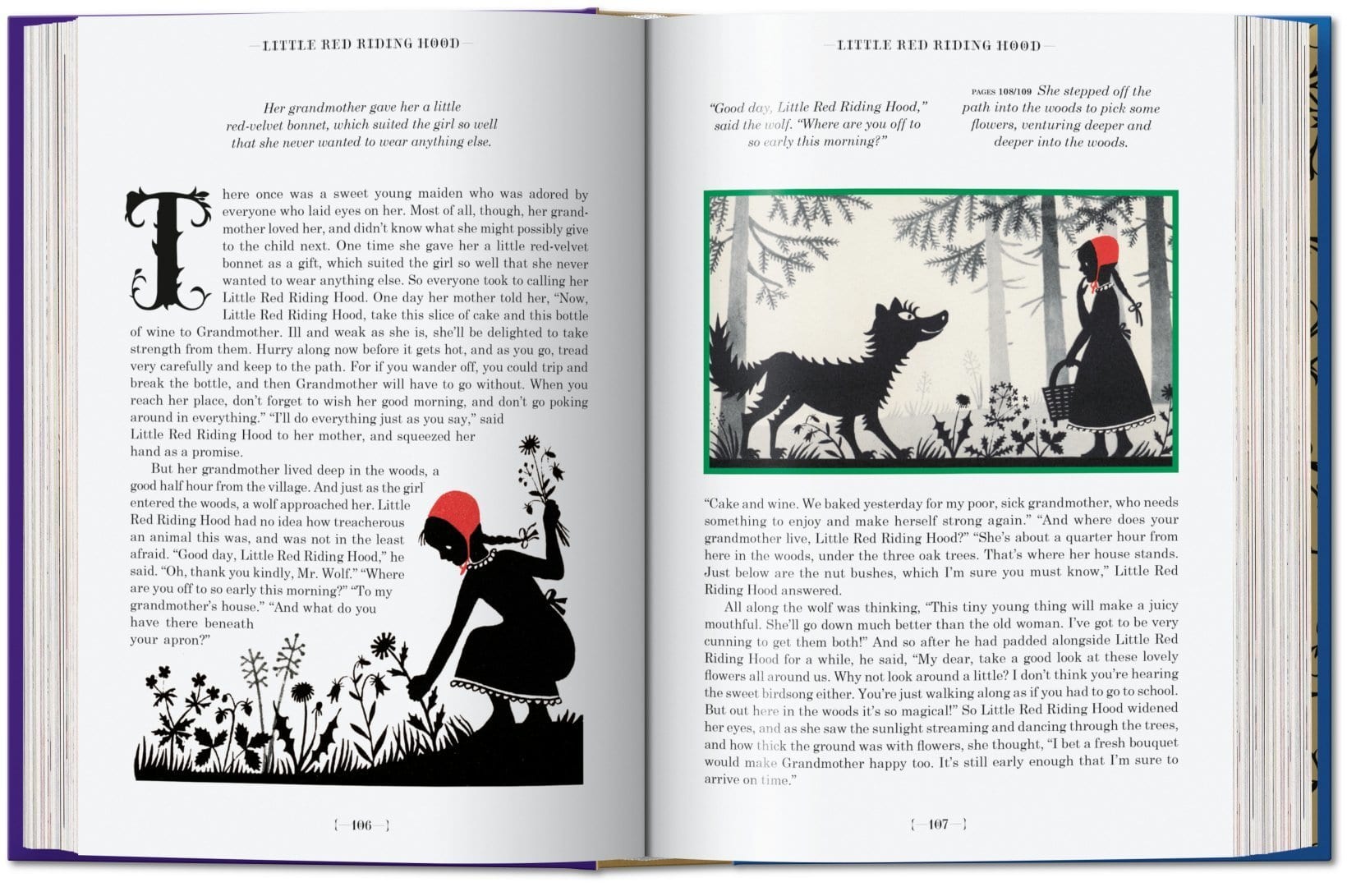 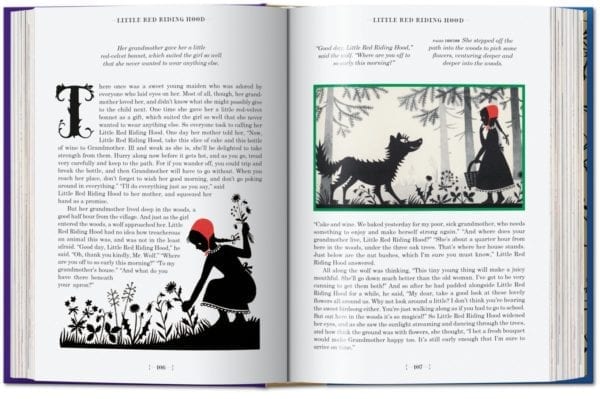 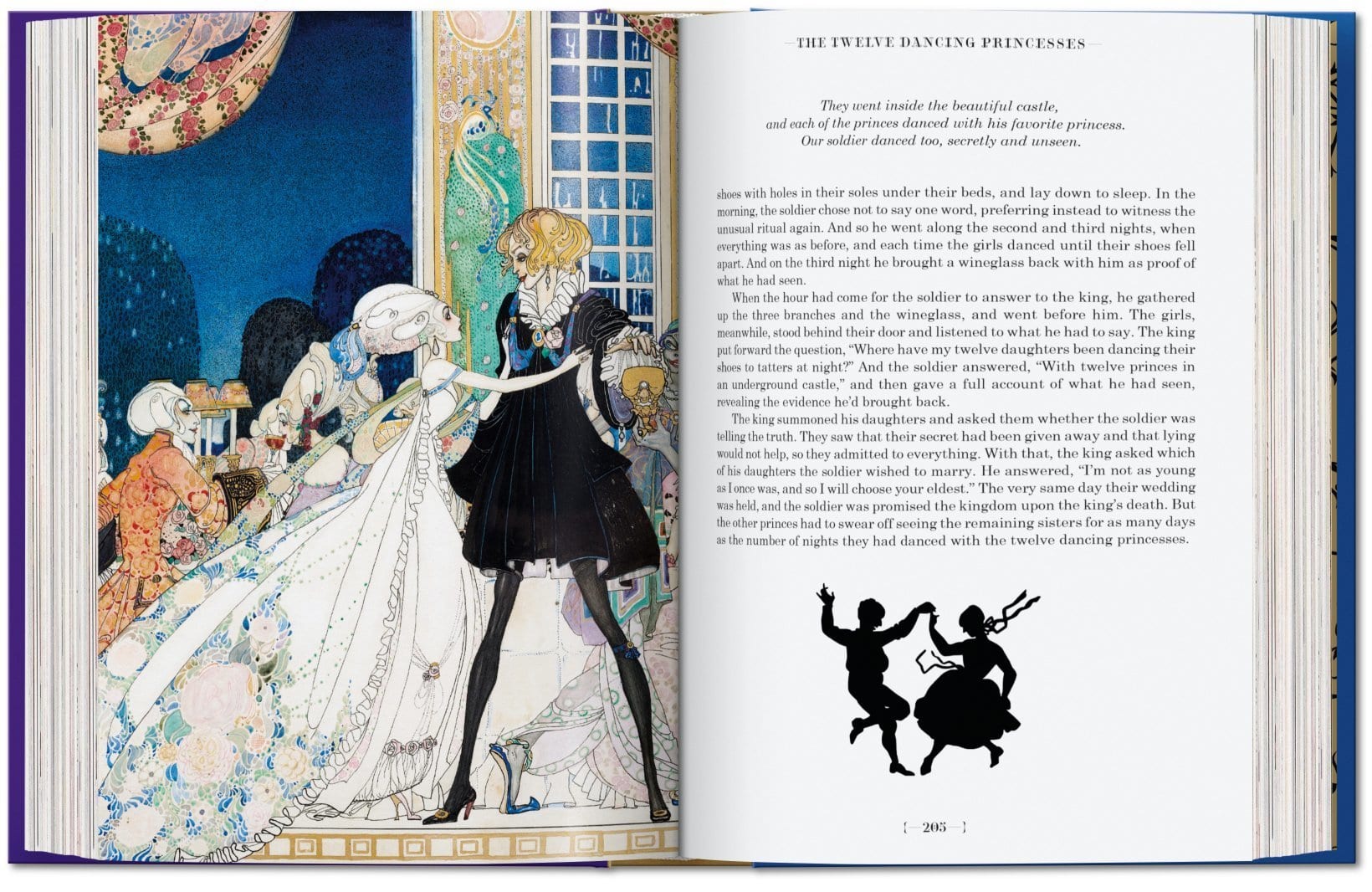 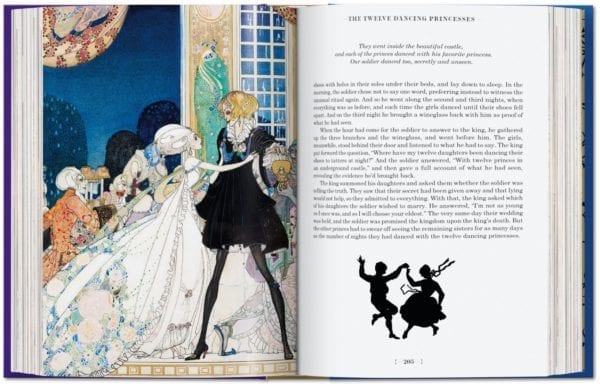 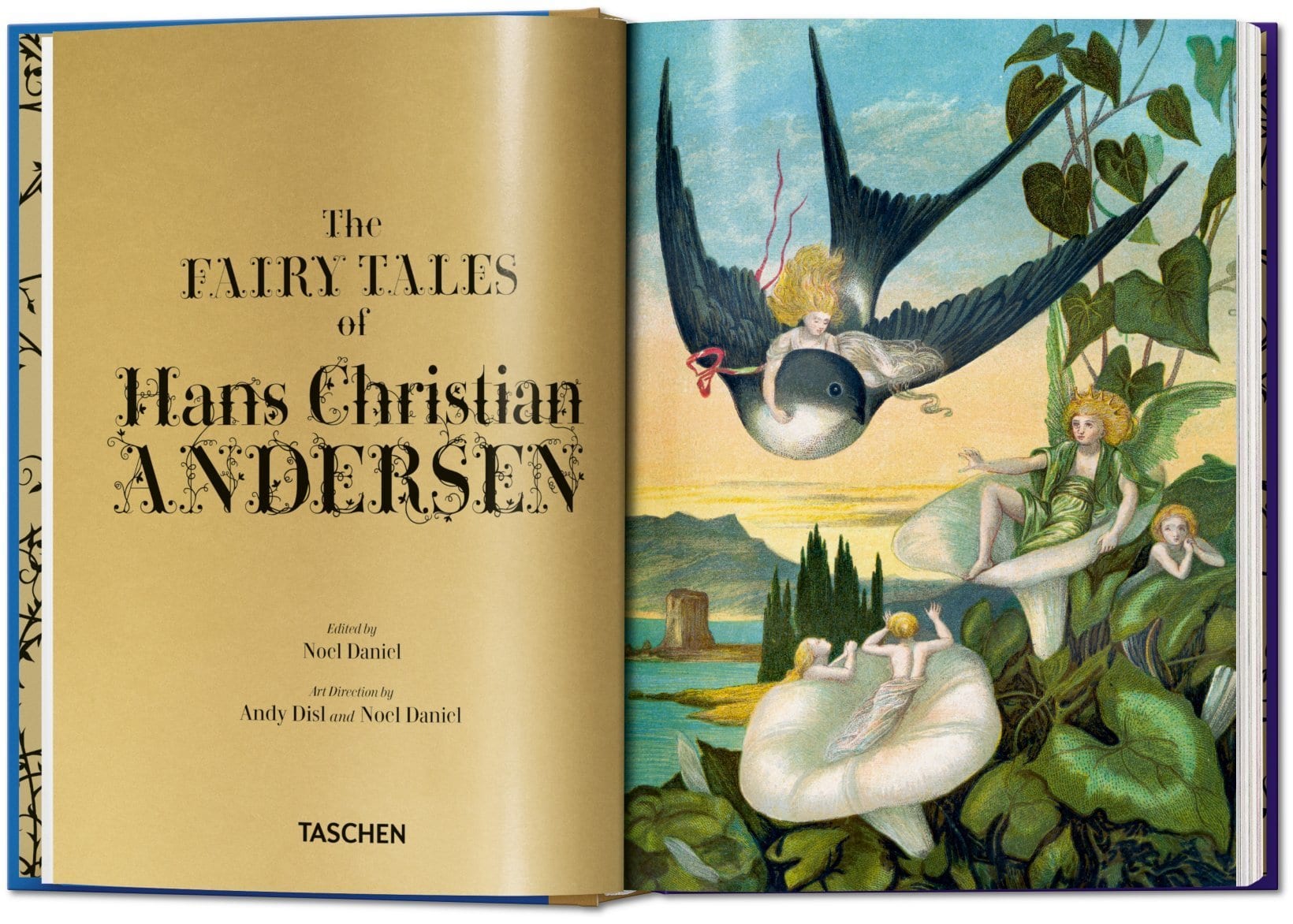 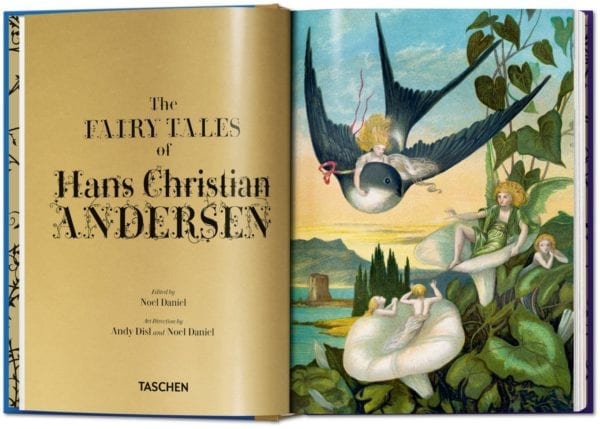 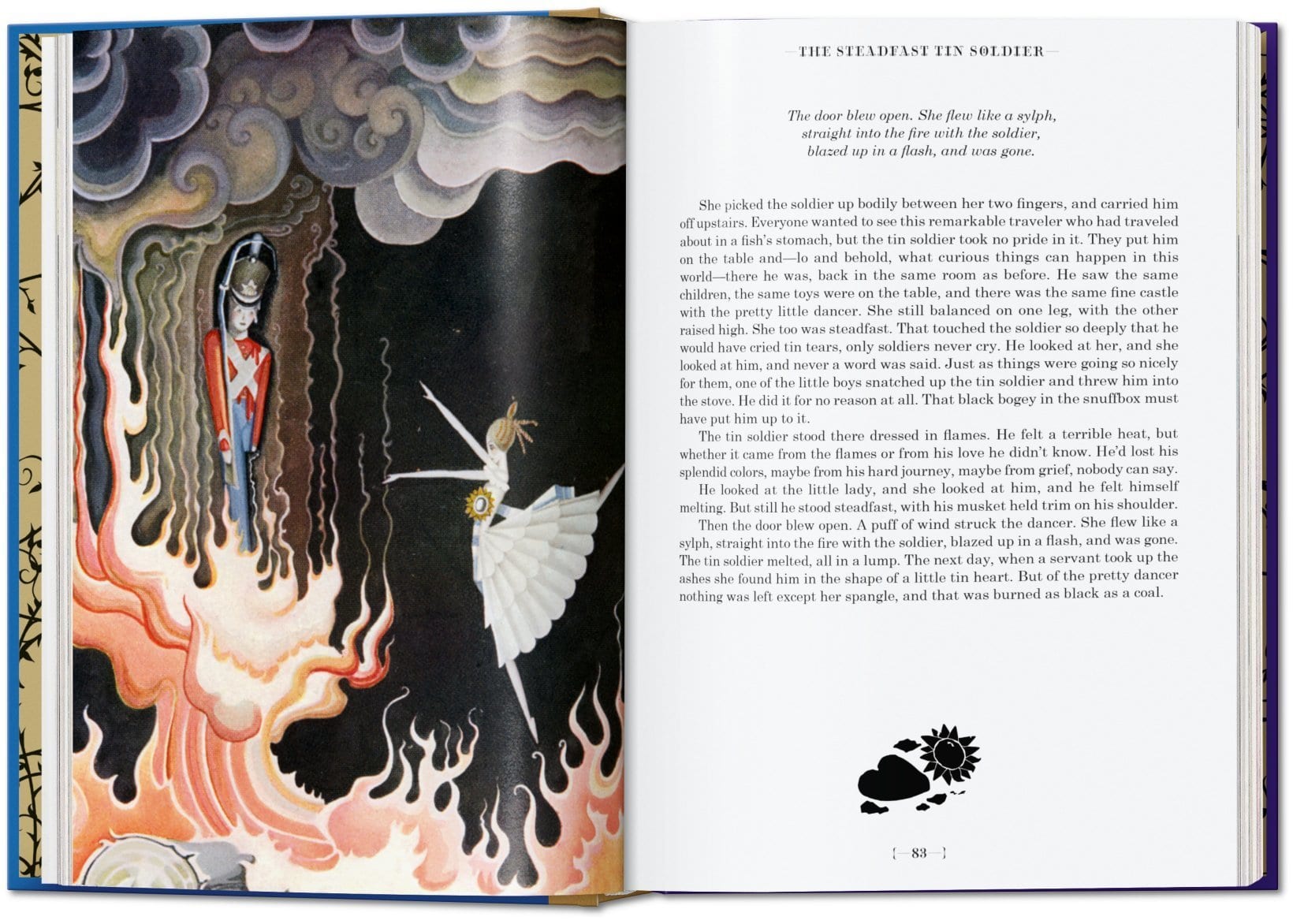 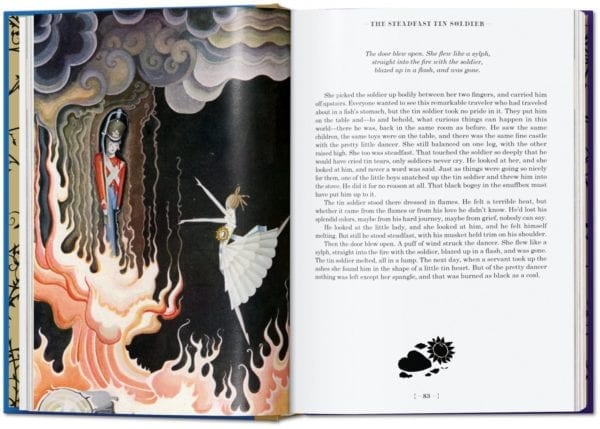 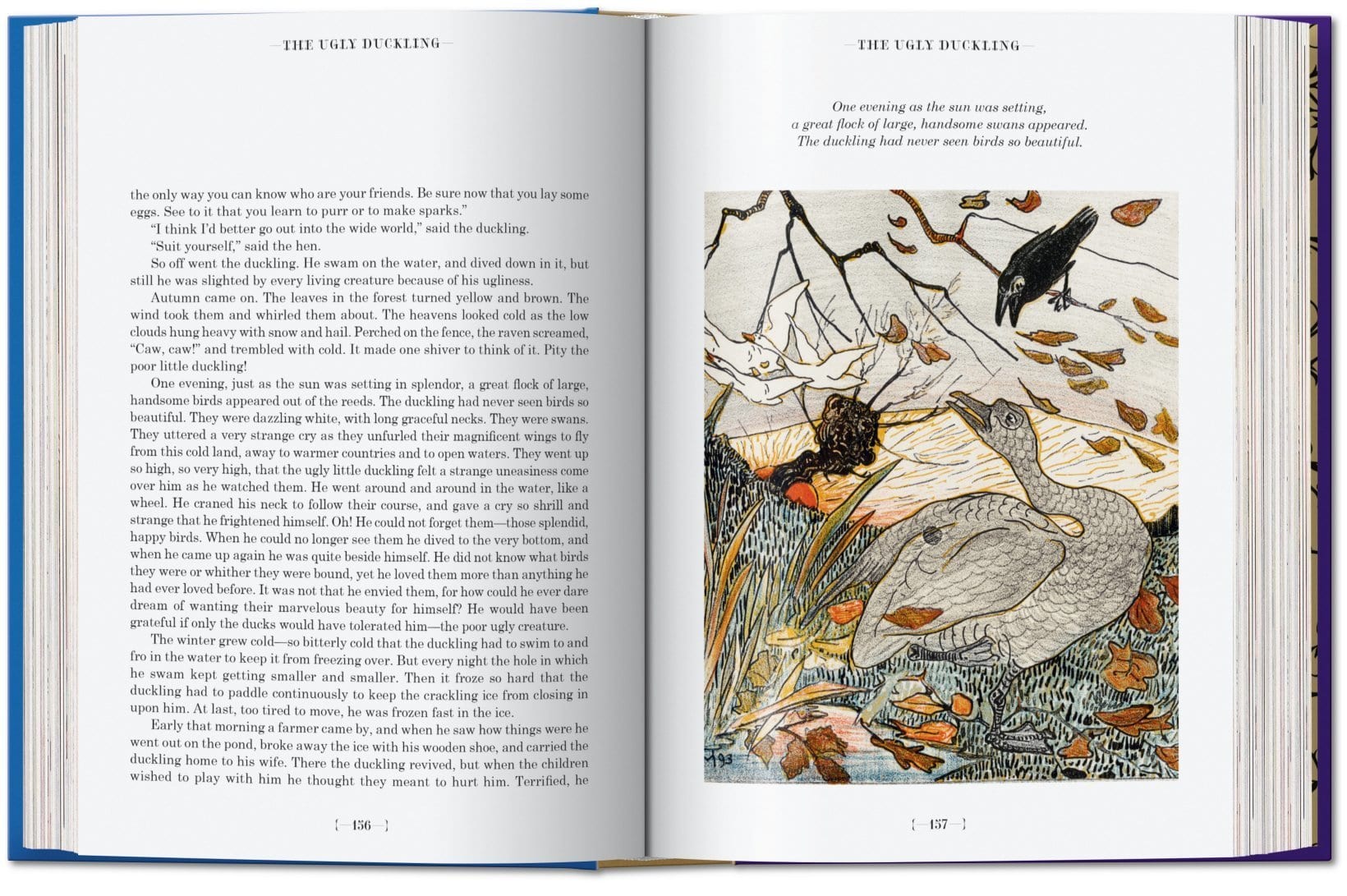 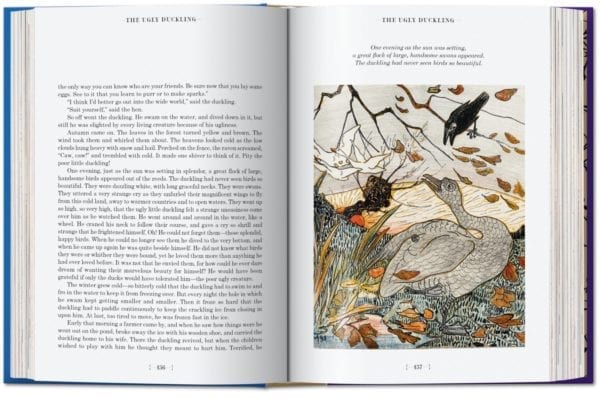 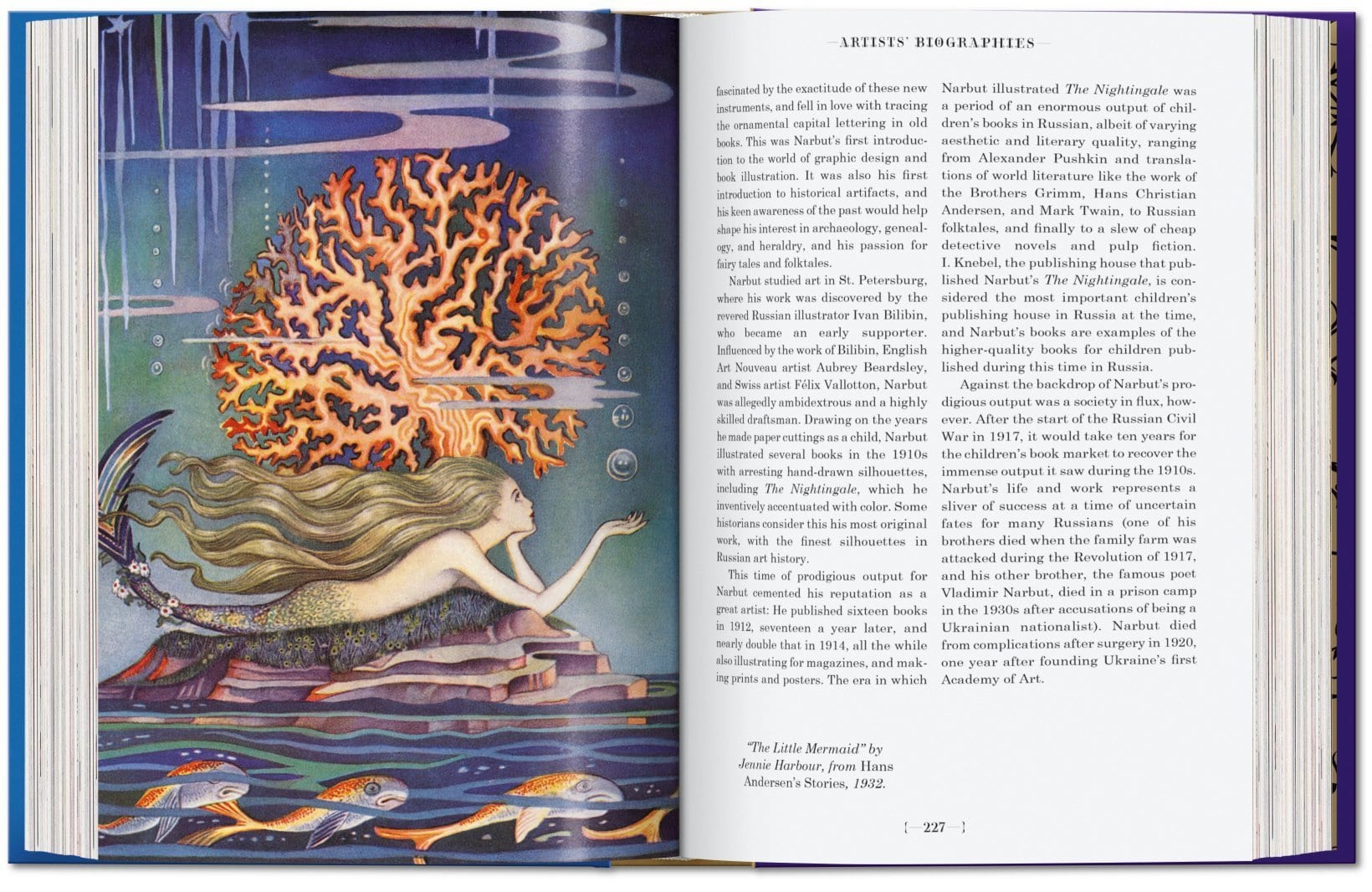 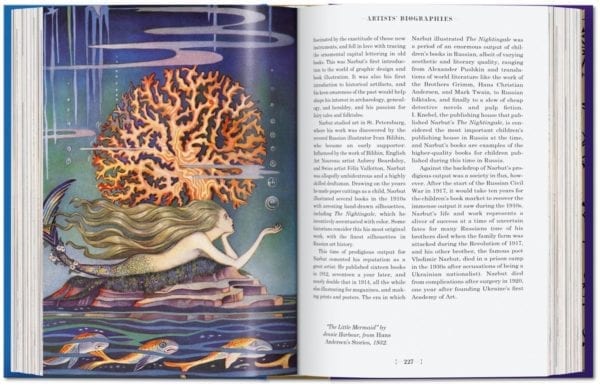 The world’s most beloved fairy tales by the Brothers Grimm and Hans Christian Andersen, now in one precious anthology. With beautiful illustrations by legendary artists, scene-setting essays, introductions to each fairy tale, and an appendix with extended artist biographies, this collection is a delightful feast for the eyes and a pleasure to read—a must for every family library and art book collection.

More than 200 years ago, two brothers from Kassel, Jacob and Wilhelm Grimm, published the first volume of their collection of German folktales. Over time the stories in their collection grew until finally they numbered 200 fairy tales and ten legends. What was initially an attempt to preserve German traditions for posterity is today the most widely read collection of stories after the Bible. From Snow White to Cinderella and Rapunzel to Rumpelstiltskin, the Brothers Grimm left behind a canon of fairy tales that have become classics of children’s literature, part of the UNESCO world heritage, and an indispensable piece of our history and culture.

Hans Christian Andersen’s own life seemed to be out of a fairy tale—Charles Dickens was among his friends and admirers, and European princes held him in high regard. Through determination, talent, many a fortunate coincidence, and an exuberant imagination, he came out of impoverished circumstances to write himself into world literature. A fairytale kingdom without Andersen would be very impoverished itself and would have to do without characters such as the Snow Queen, the Princess and the Pea, Thumbelina or the Little Match Girl, but also many previously inanimate items which Andersen brought to life: silver shillings and darning needles, and especially his Steadfast Tin Soldier.

The Grimms’ and Andersen’s tales have inspired generations of artists, and each fairy tale in this volume is colorfully interpreted by a famous illustrator: legends such as Kay Nielsen (a leading exponent of the Golden Age of Illustration that ended in the 1920s), the Arts and Crafts master Walter Crane, Arthur Rackham, and the Swiss commercial artist Herbert Leupin. Alongside are silhouettes from historical publications as well as new vignettes that were made especially for this edition, which dance across the pages in an intricate shadow play. Introductory essays, on the fairy tales of the Brothers Grimm as reflected in art and on Andersen as the heart and soul of the modern fairy tale, complement these flights of fancy, as do the short summaries on each fairy tale and artists’ biographies.

This double-sided book contains the fairy tales of the Brothers Grimm on one side and Hans Christian Andersen’s tales on the other, each with its own cover. The following fairy tales are included: