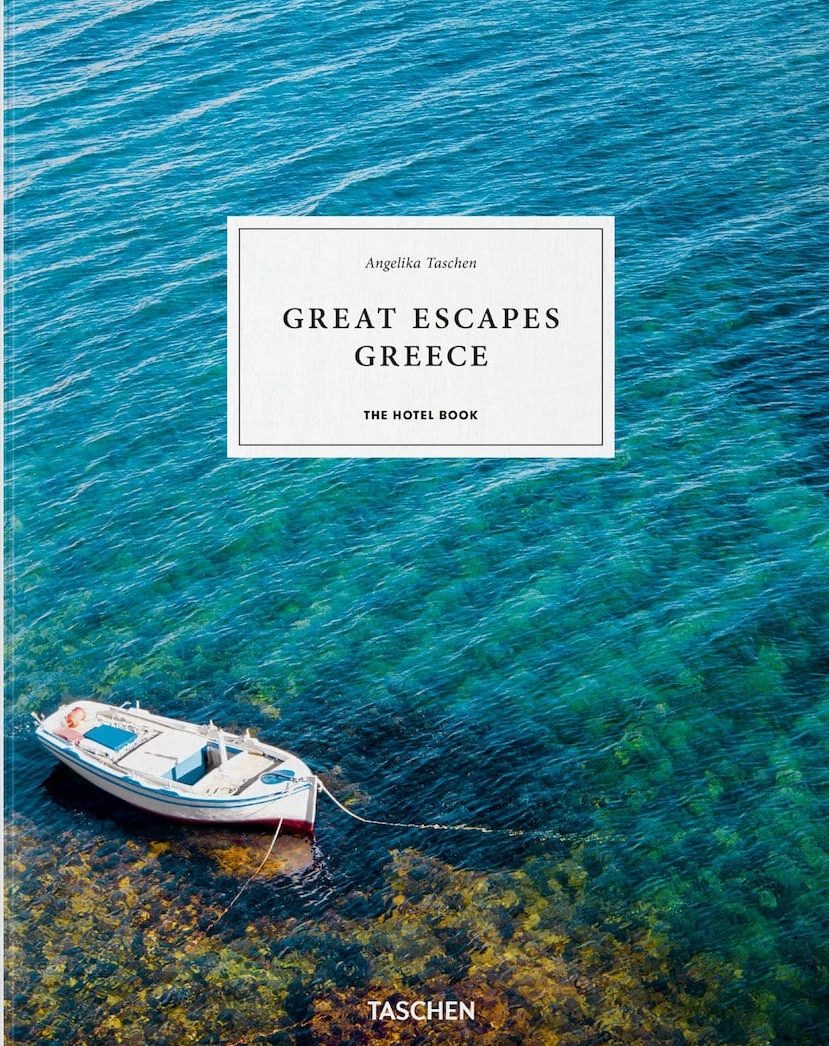 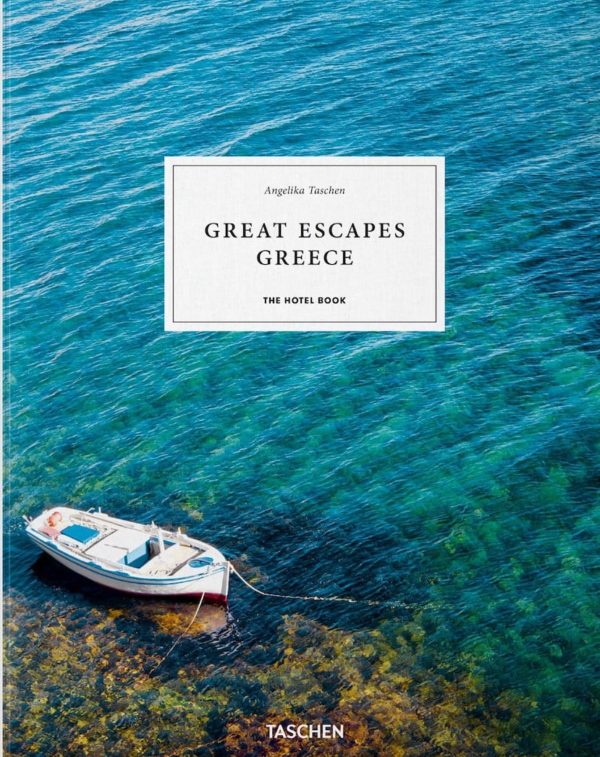 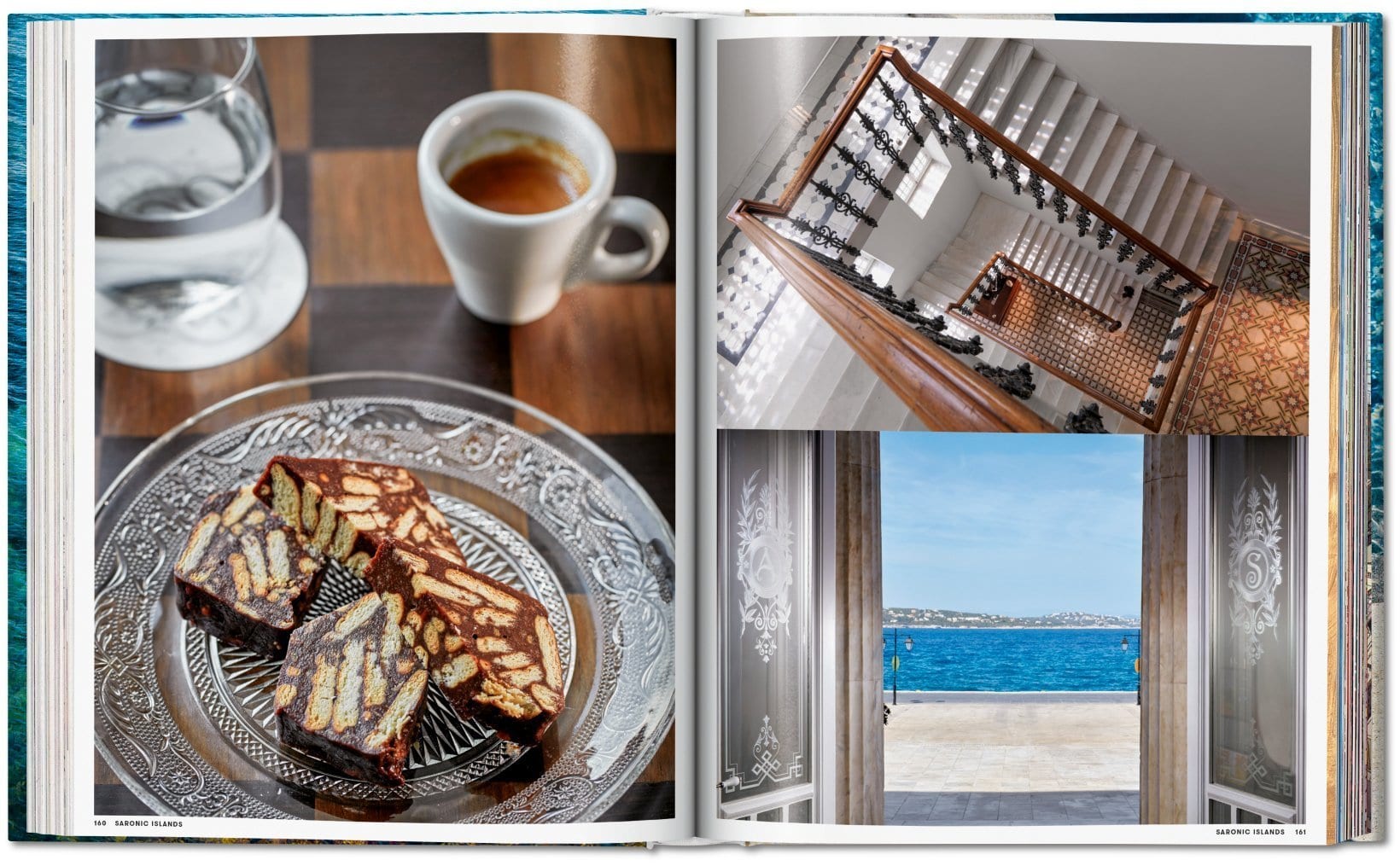 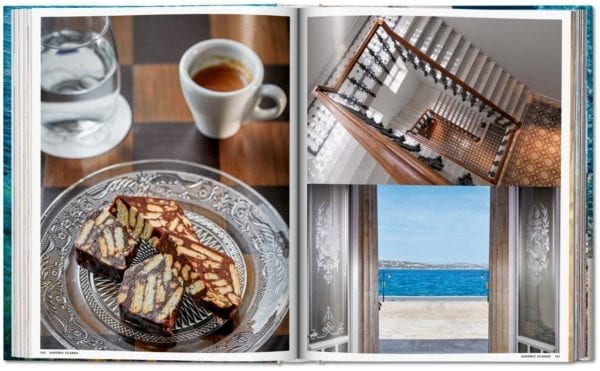 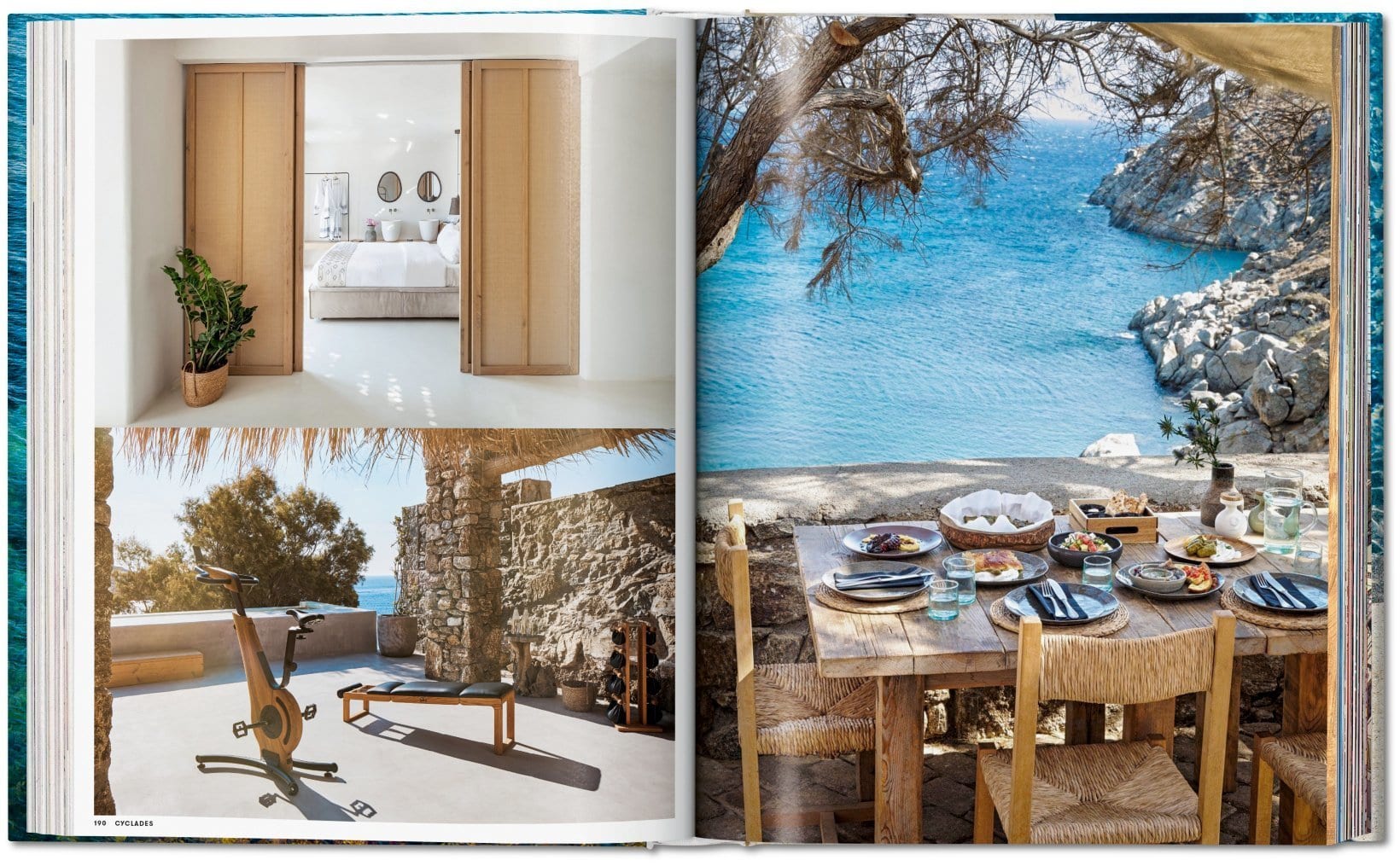 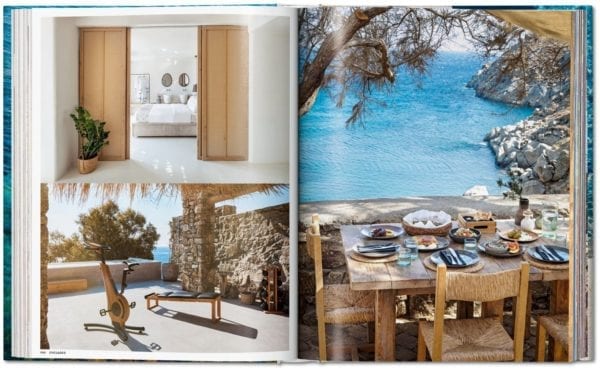 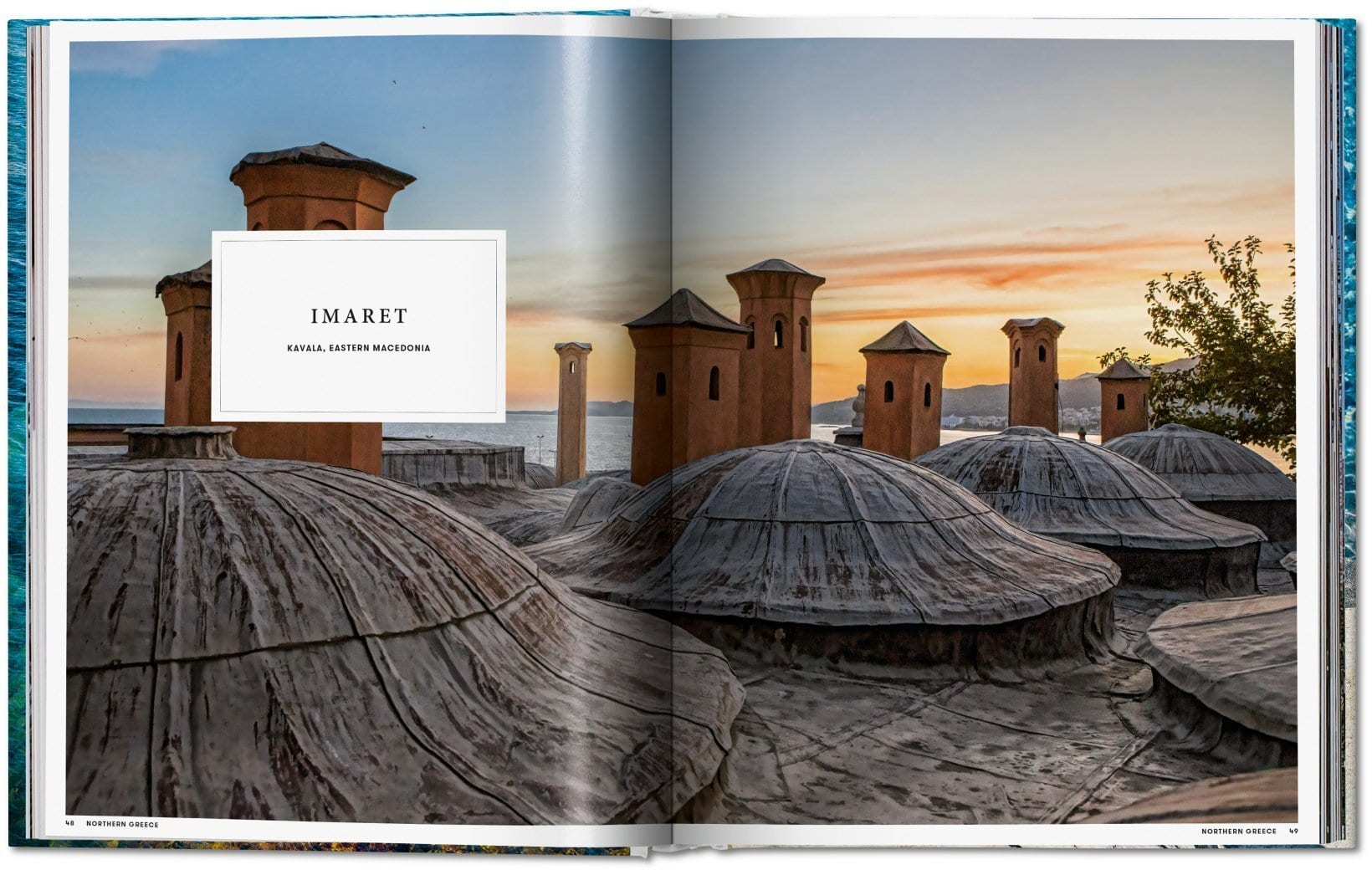 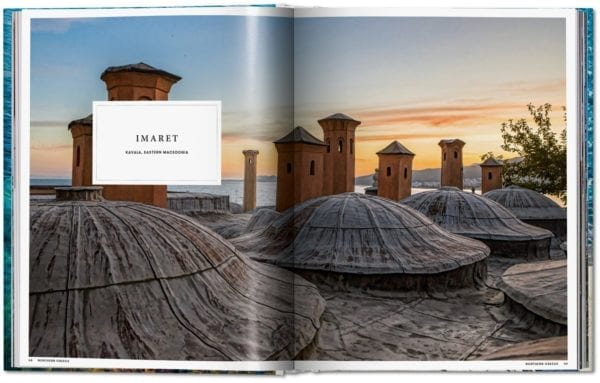 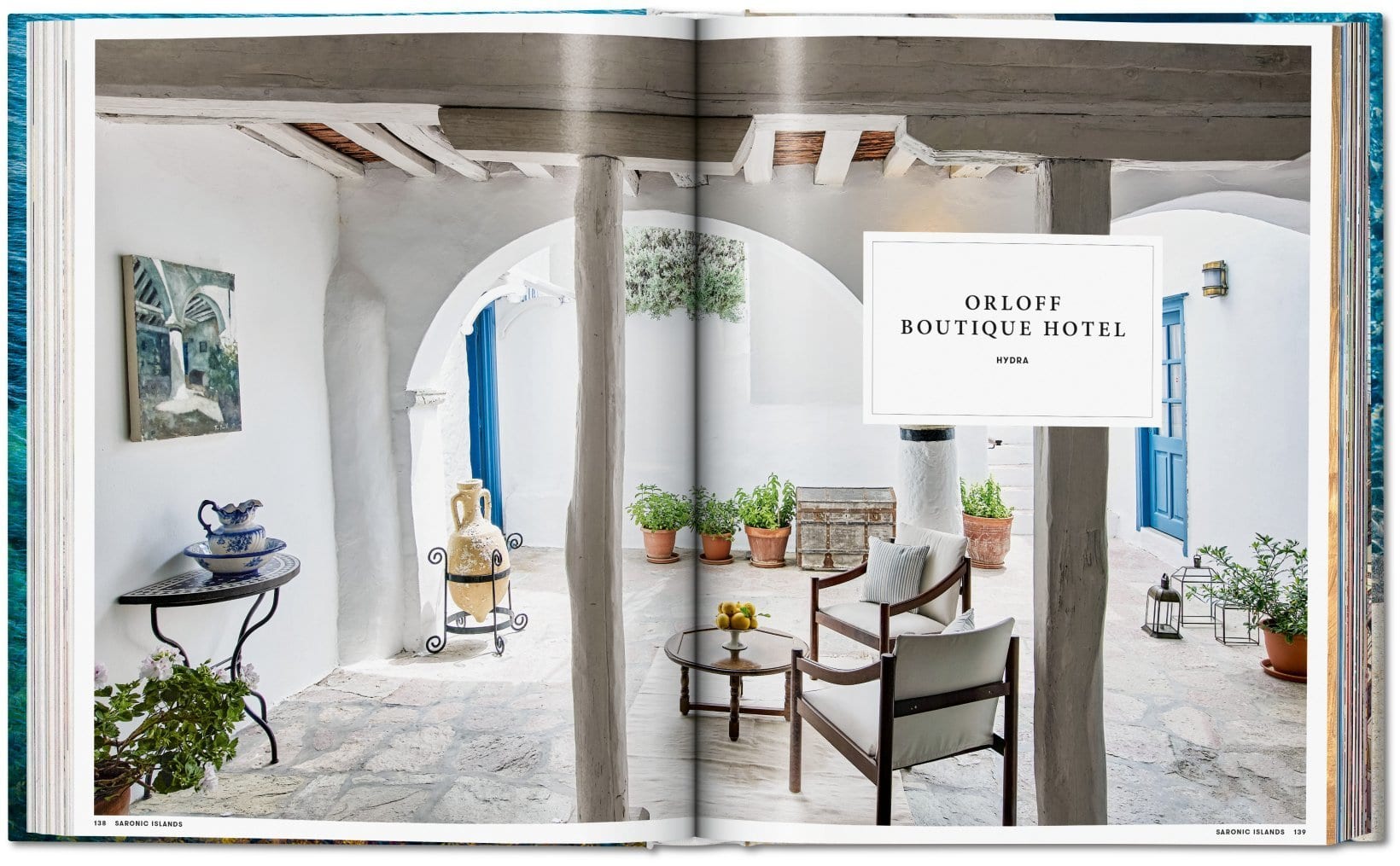 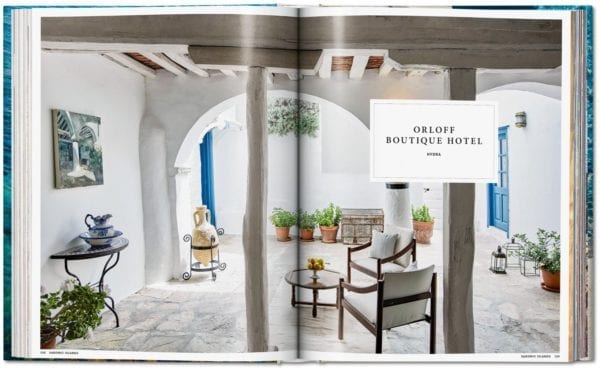 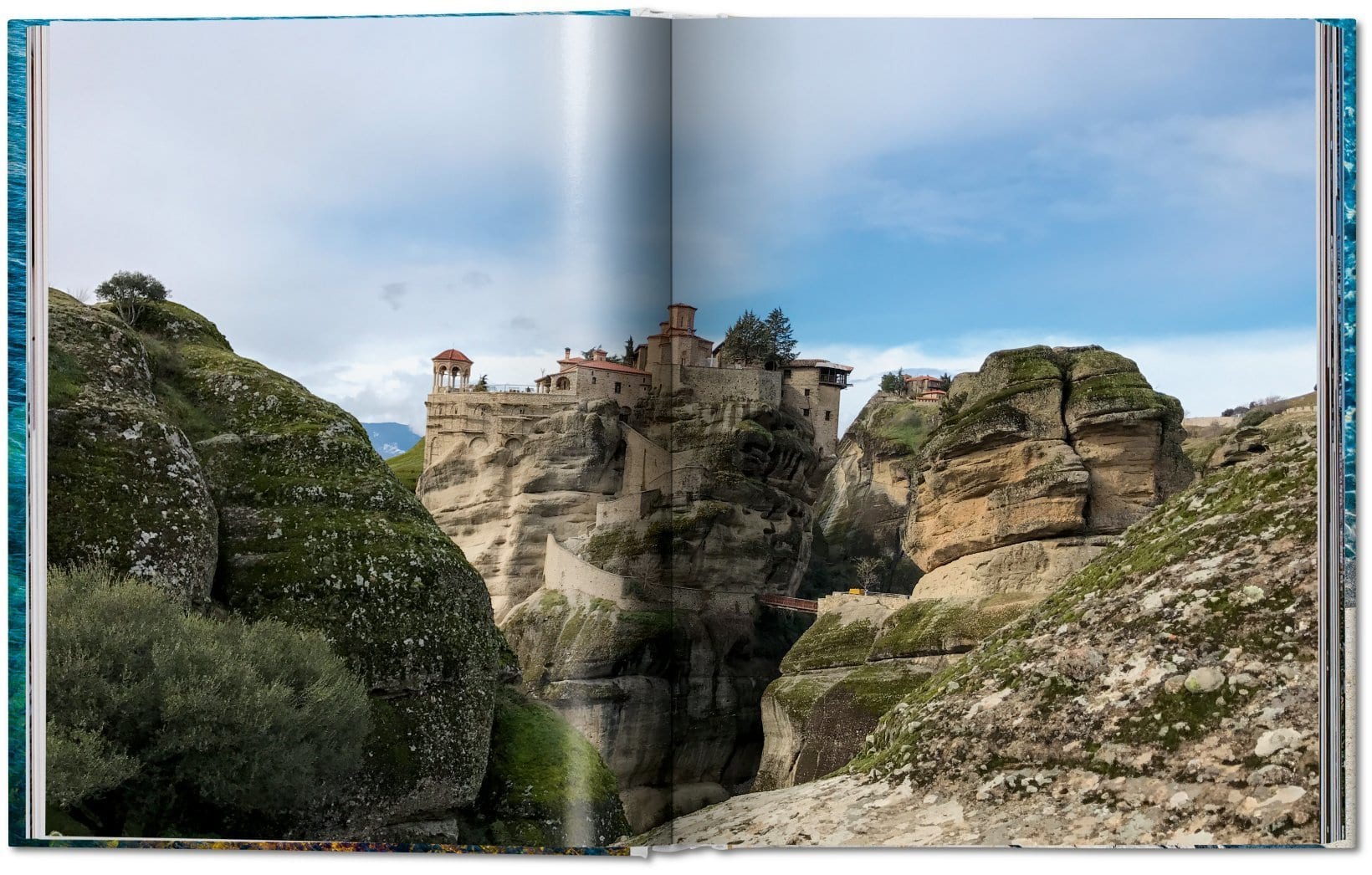 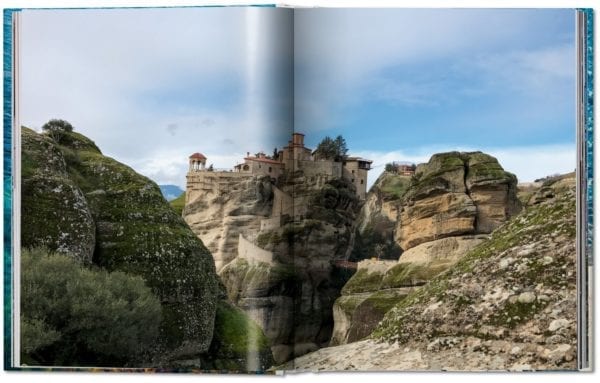 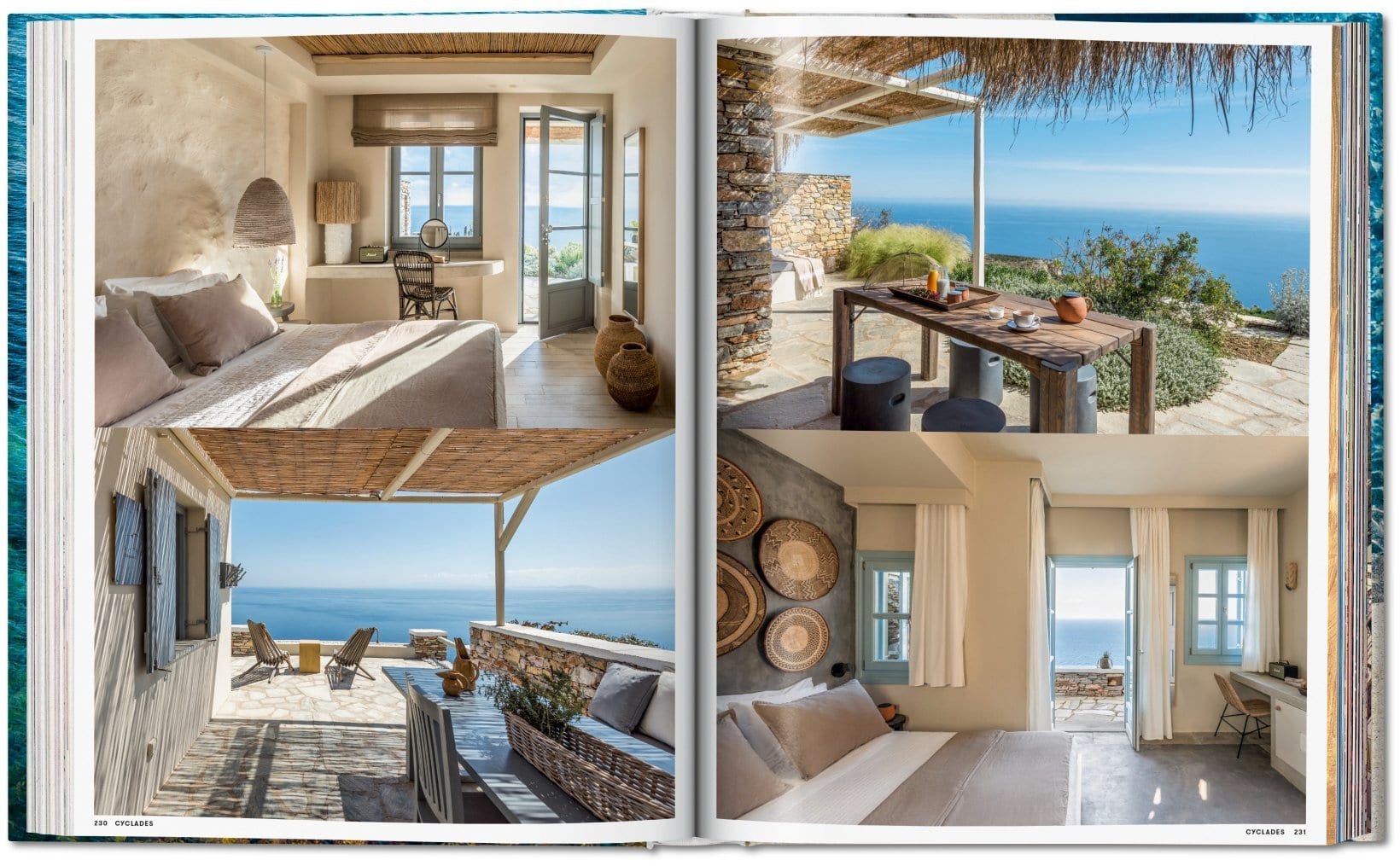 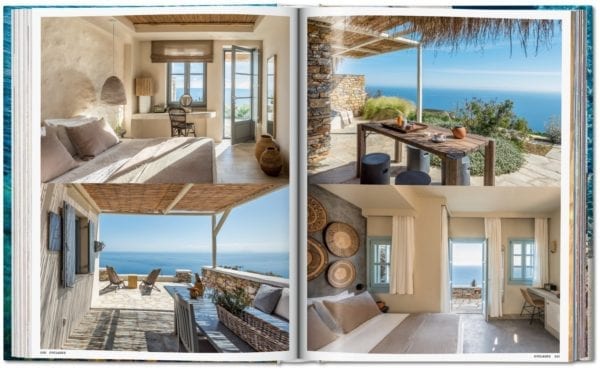 A voyage to the most beautiful hotels in Greece

Greece’s ancient art and culture form the cradle of Western civilization—numerous monuments and museums tell to this day of the country’s rich history. Greece is unique also by virtue of its breathtaking landscapes, the hospitality of its inhabitants, and its fabulous hotels, making it the dream destination of many travelers. The fresh and healthy cuisine, the crystal clear sea, and the canvas-worthy sunsets do the rest—a trip to Greece is pure delight.

Angelika Taschen travels from the mountains of Macedonia in the north to the Peloponnese with its mythical places like Corinth, Sparta, and Olympia, and to the larger and smaller groups of islands in the south. She opens the doors to some of the country’s most extraordinary hotels, including Imaret in Kavala, located in a former Ottoman complex; Tainaron Blue Retreat in a secluded former defense tower in the Mani; and The Windmill, a converted windmill on the island of Kimolos in the Cyclades. She invites readers to discover legendary luxury hotels, like Eagles Palace in Halkidiki or Poseidonion Grand Hotel on Spetses, and takes them to enchanting B&Bs like Guesthouse Mazaraki in Mystras or Mèlisses on Andros, run by food blogger Allegra Pomilio.

Along her itinerary, she visits hotels on well-known picturesque islands—such as the Mystique on Santorini and the Soho Roc House on Mykonos—but also accommodations in remote places like the Mediterraneo on the island of Kastelorizo, which lies in the very southeast of Greece off the Turkish coast. In addition she shows interesting architectural and design concepts, such as The Rou Estate hotel village, a historic, carefully restored hamlet on Corfu; the minimalist Olea All Suite Hotel on Zakynthos; and Ammos on Crete, where no two pieces of furniture are alike and new eccentric pieces are added every year.

“Wonderful to look at. The only thing that’s better is to go there.”
— ELLE