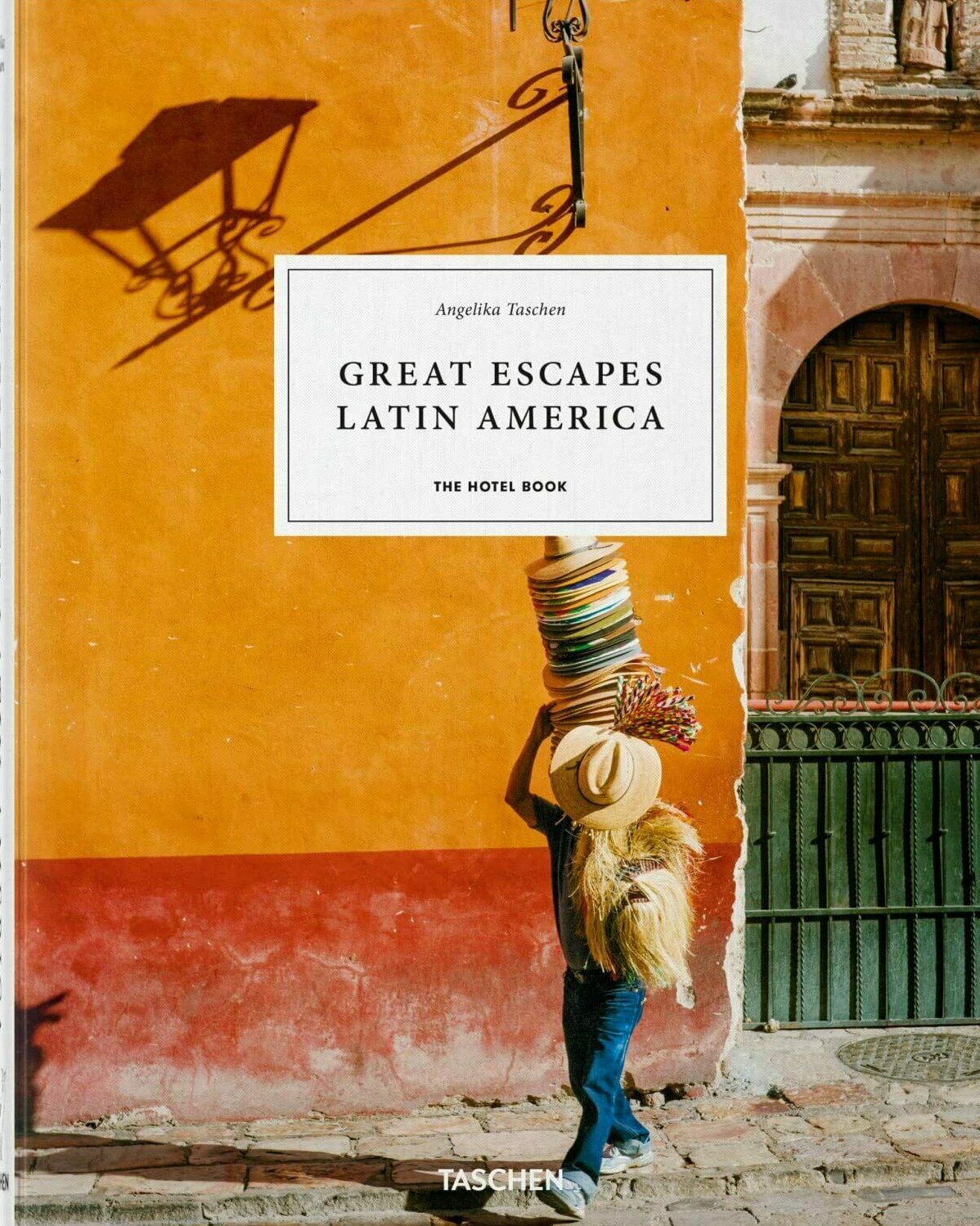 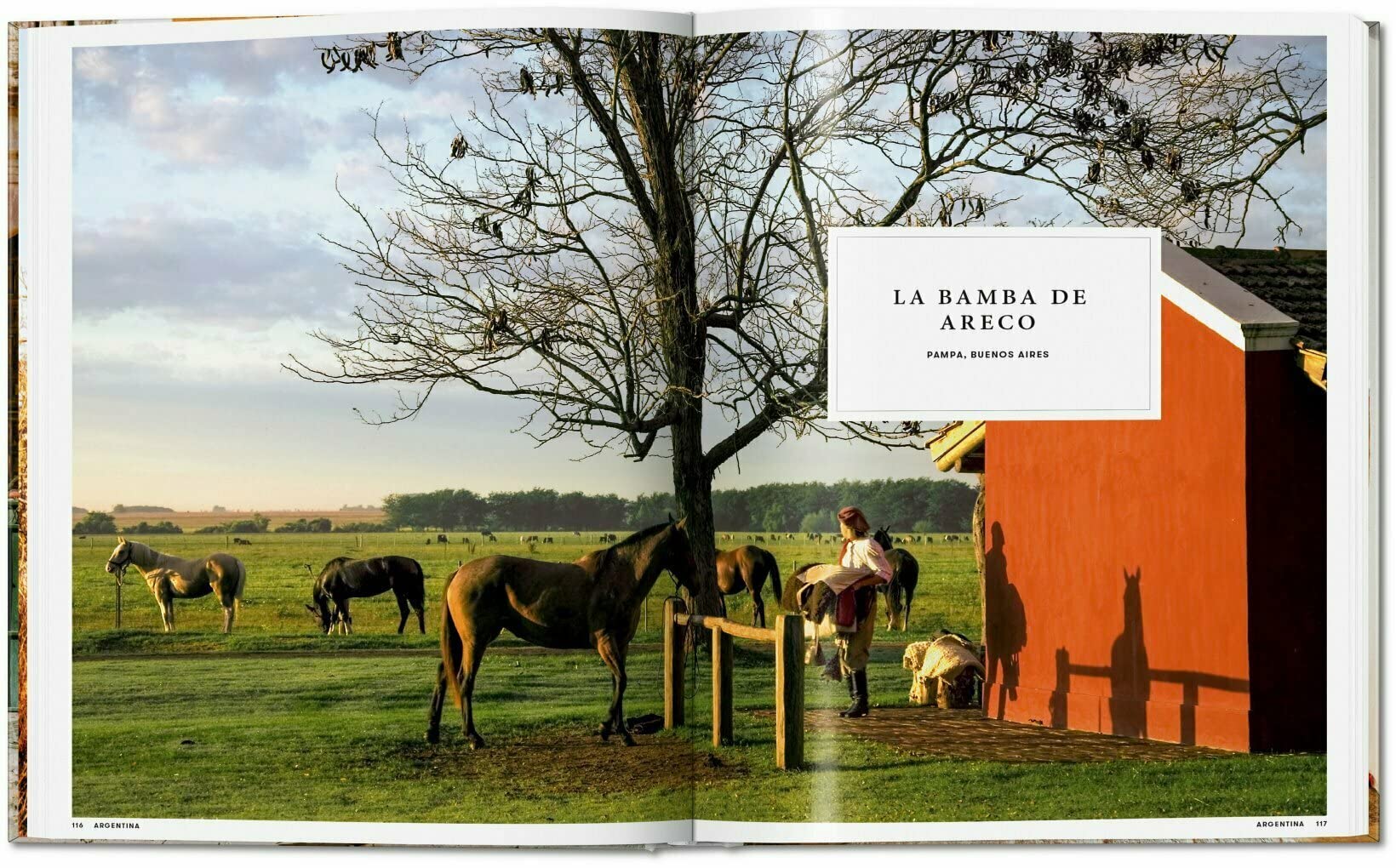 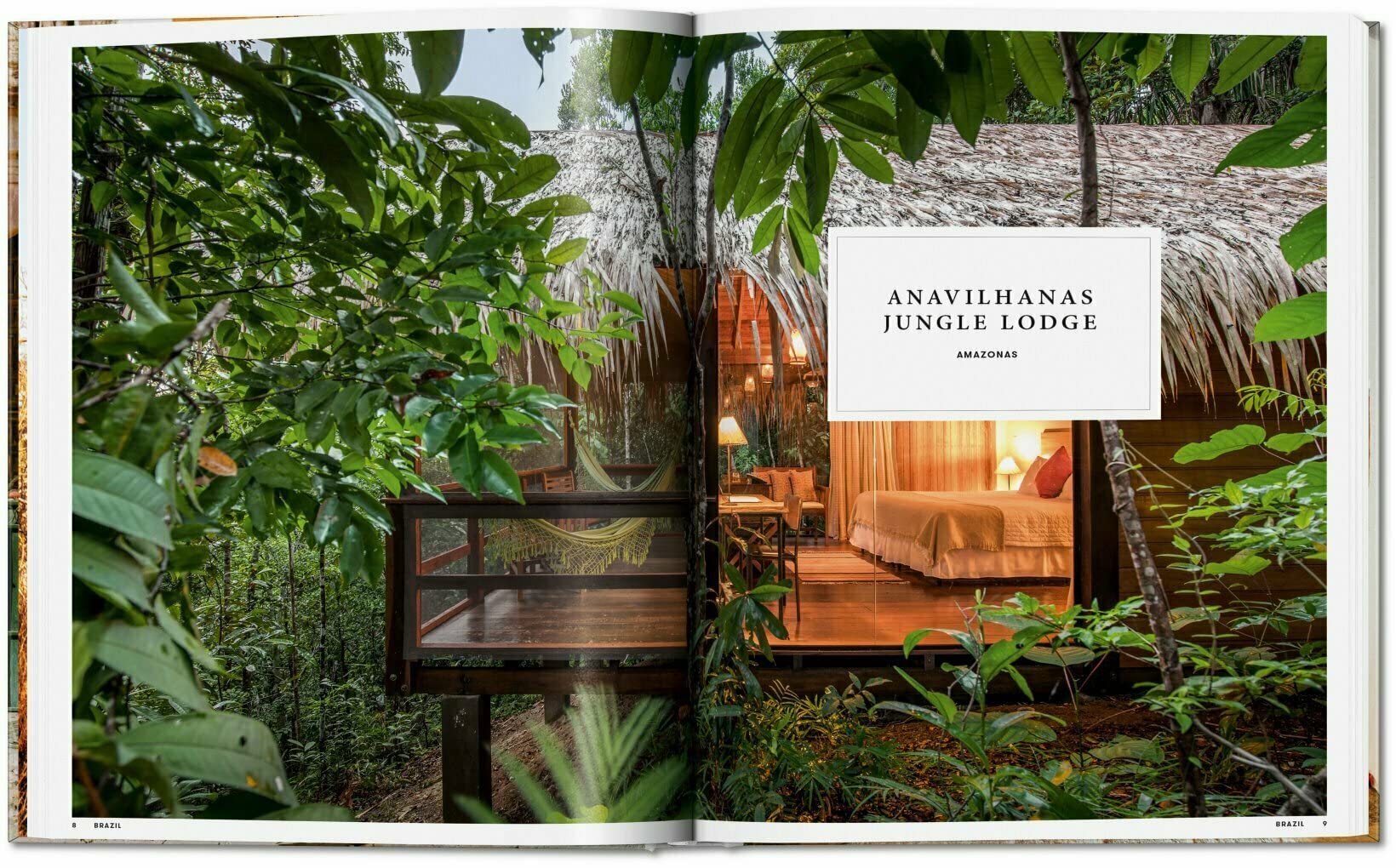 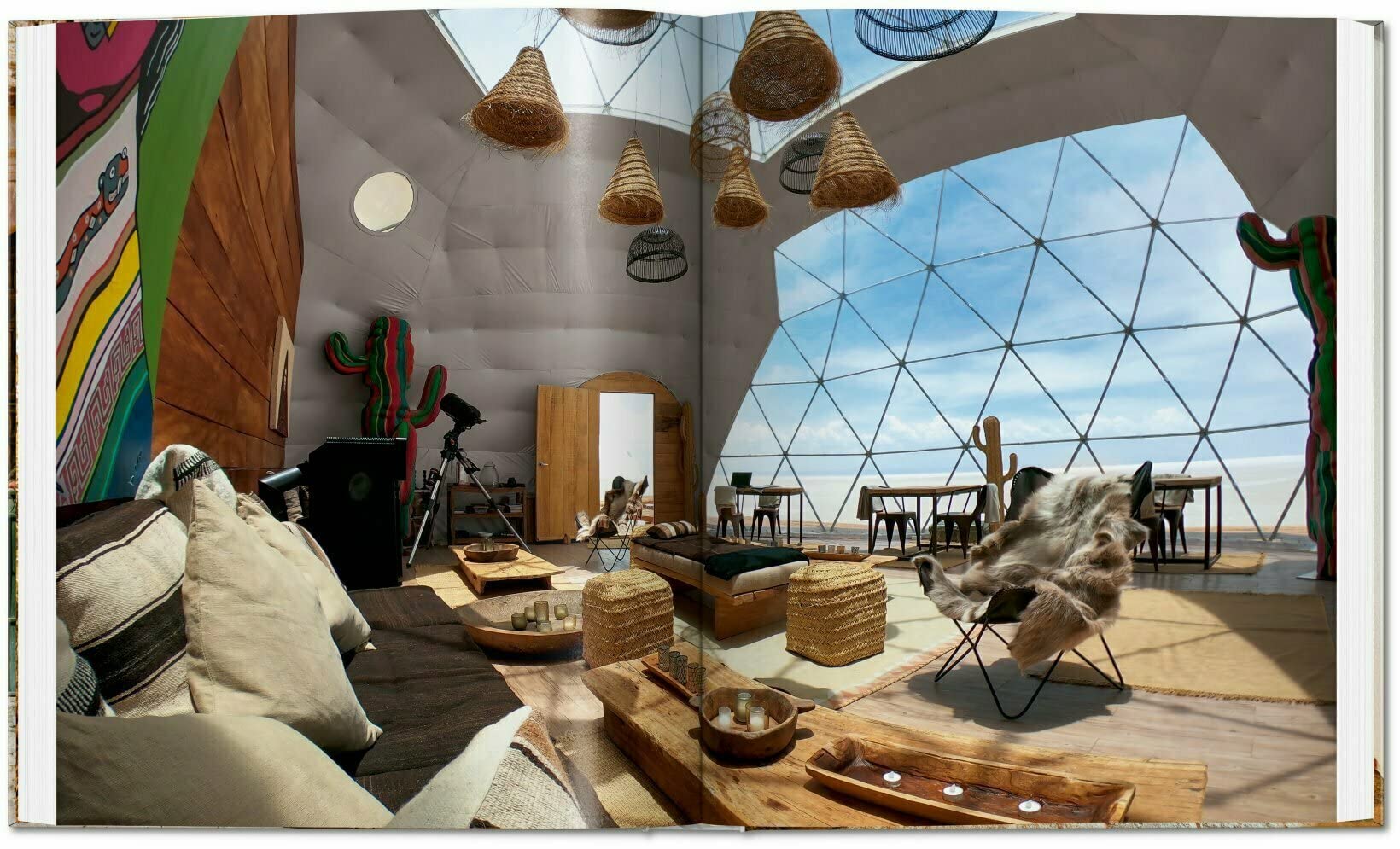 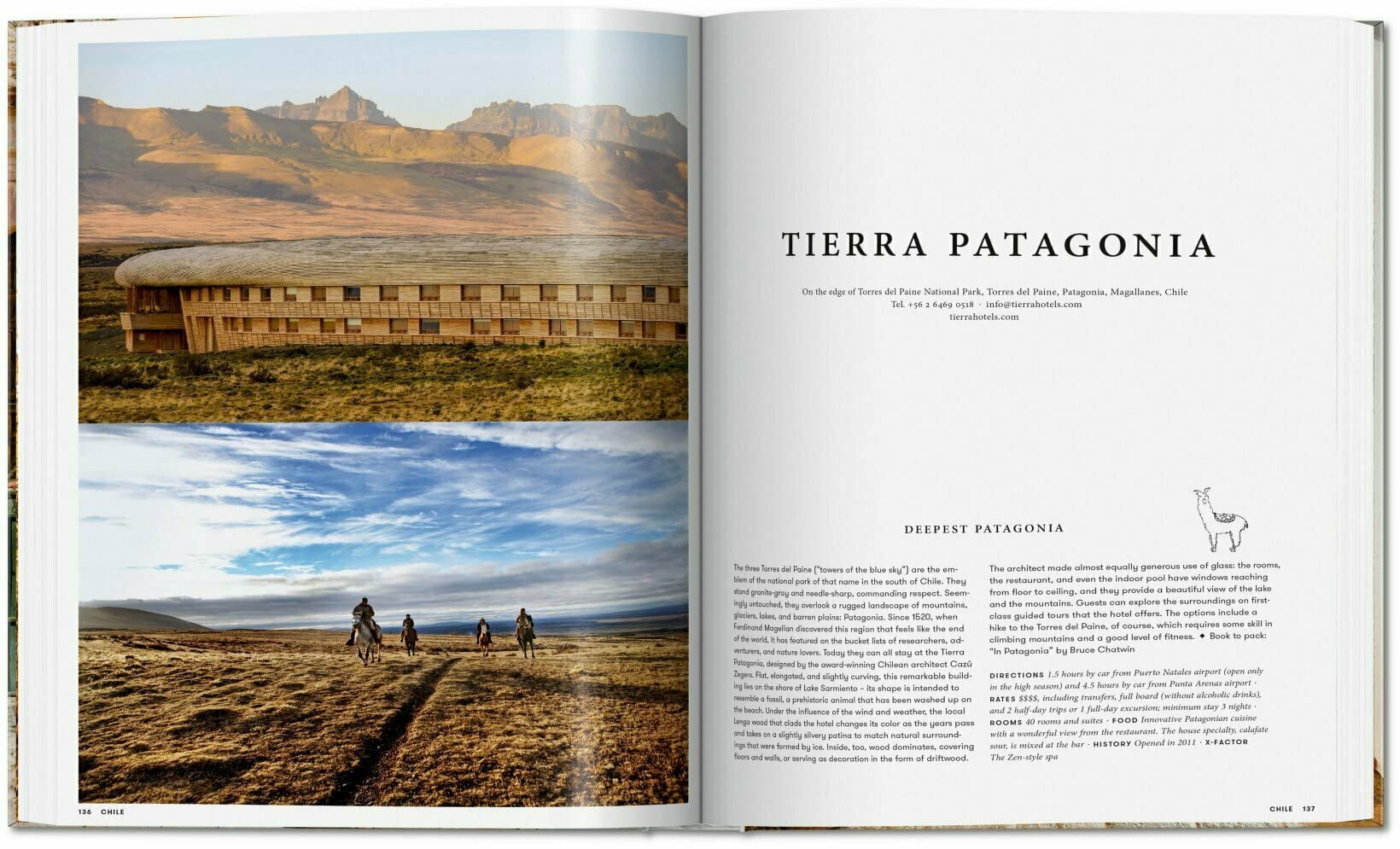 Latin America is a cradle of ancient civilizations like those of the Incas, Maya and Aztecs, and later became the goal of European explorers and immigrants. It looks back on a long history, often full of contrasts and contradictions, but also has a very special multicultural atmosphere. This book presents unique, almost breathtakingly beautiful landscapes and places with extraordinary hotels. Short texts and practical information complement the superb photos.

The places to stay shown here include the Anavilhanas Jungle Lodge in the Brazilian Amazon and the Uxua on the beach of Trancoso, for which a Dutch designer has transformed historic buildings into villas in ethnic style. Big Bang in Uruguay is a wonderful place for glamping between the ocean and the forest. The elegant vacation destinations of this country are home to the Fasano Punta del Este by the architect Isay Weinfeld and the Posada Ayana, where the American Land Art star James Turrell has installed one of his famous Skyspaces on the estate.

This journey also goes to the Explora El Chaltén at the foot of Monte Fitz Roy in rugged Patagonia, to the Tierra Atacama in the world’s driest desert in Chile, to the mid-century classic Antumalal, and to Easter Island, guarded since time immemorial by the huge stone sculptures of the Moai. In Peru visitors follow in the footsteps of the Incas through Valle Sagrado, site of the ruined city of Machu Picchu, and get to know the indigenous Achuar people in Ecuador while staying at the Kapawi Ecolodge.

The itinerary also takes in Columbia – with the picturesque Hotel San Pedro de Majagua on Isla Grande. At the Nantipa in Costa Rica, three friends have made their dream of the ideal beach hotel come true, and in Nicaragua an American brother and sister have found their own paradise on a private island, the Isleta El Espino. This book would not be complete without Mexico, of course – including, for example, Alberto Kalach’s spectacular Hotel Terrestre in Puerto Escondido, the eclectic Mesón Hidalgo combining a bed & breakfast with boutiques in San Miguel de Allende, and the luxurious, laid-back Hotel San Cristóbal Baja in Todos Santos.