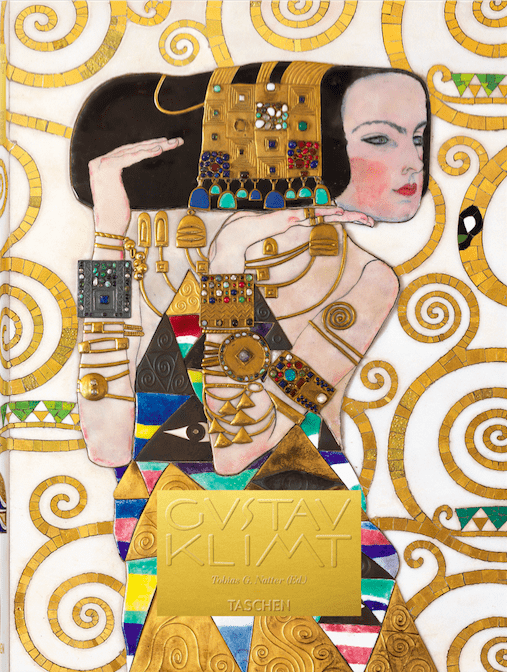 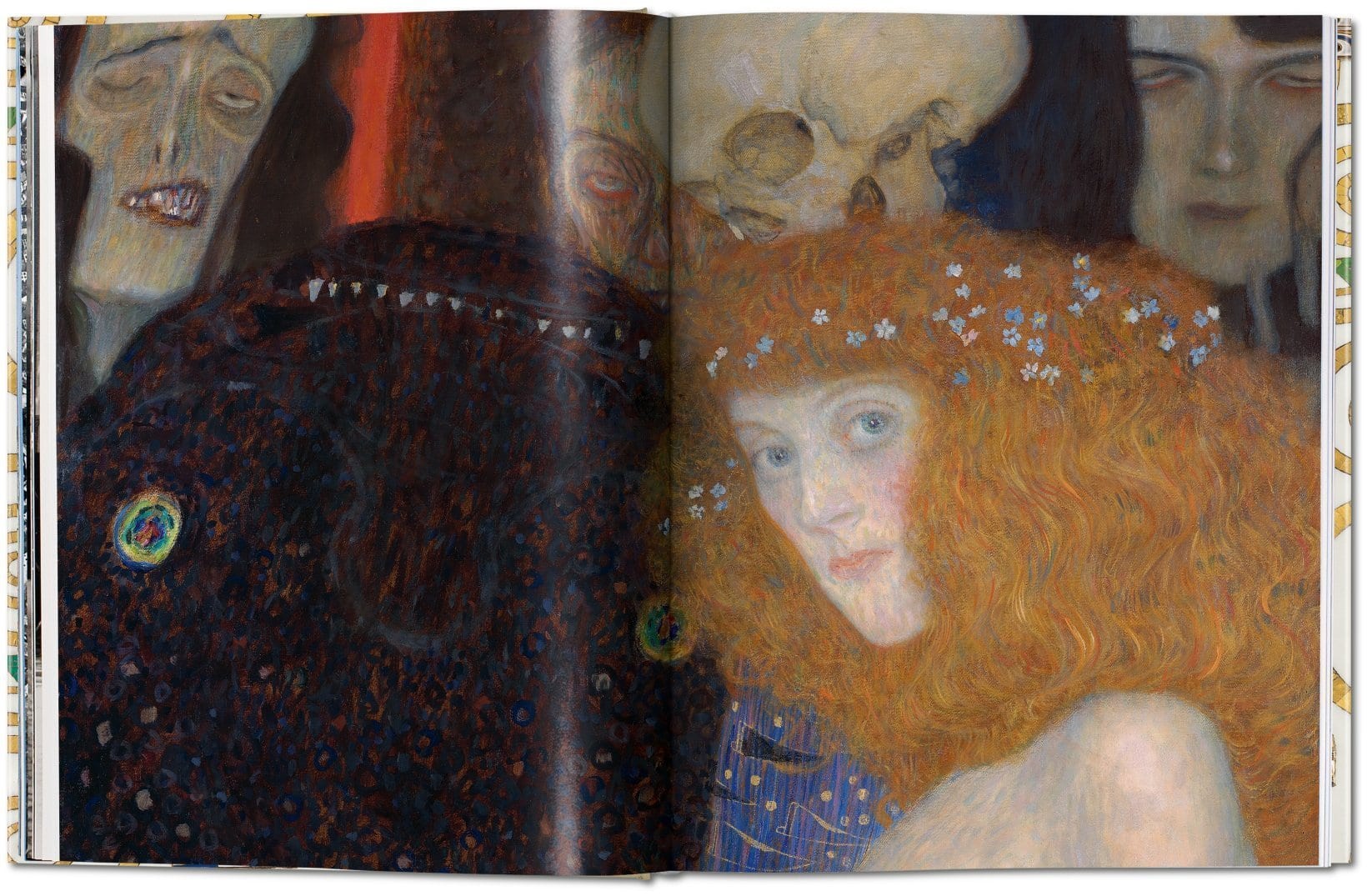 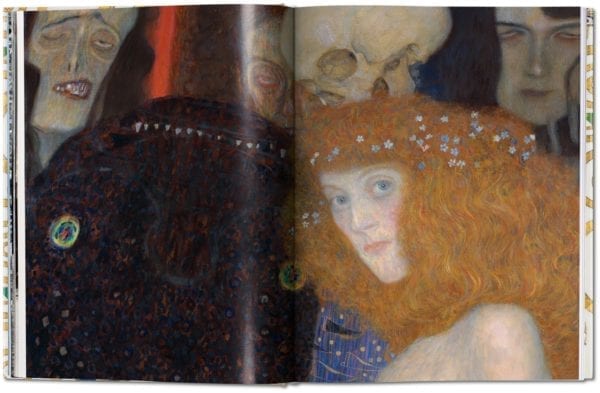 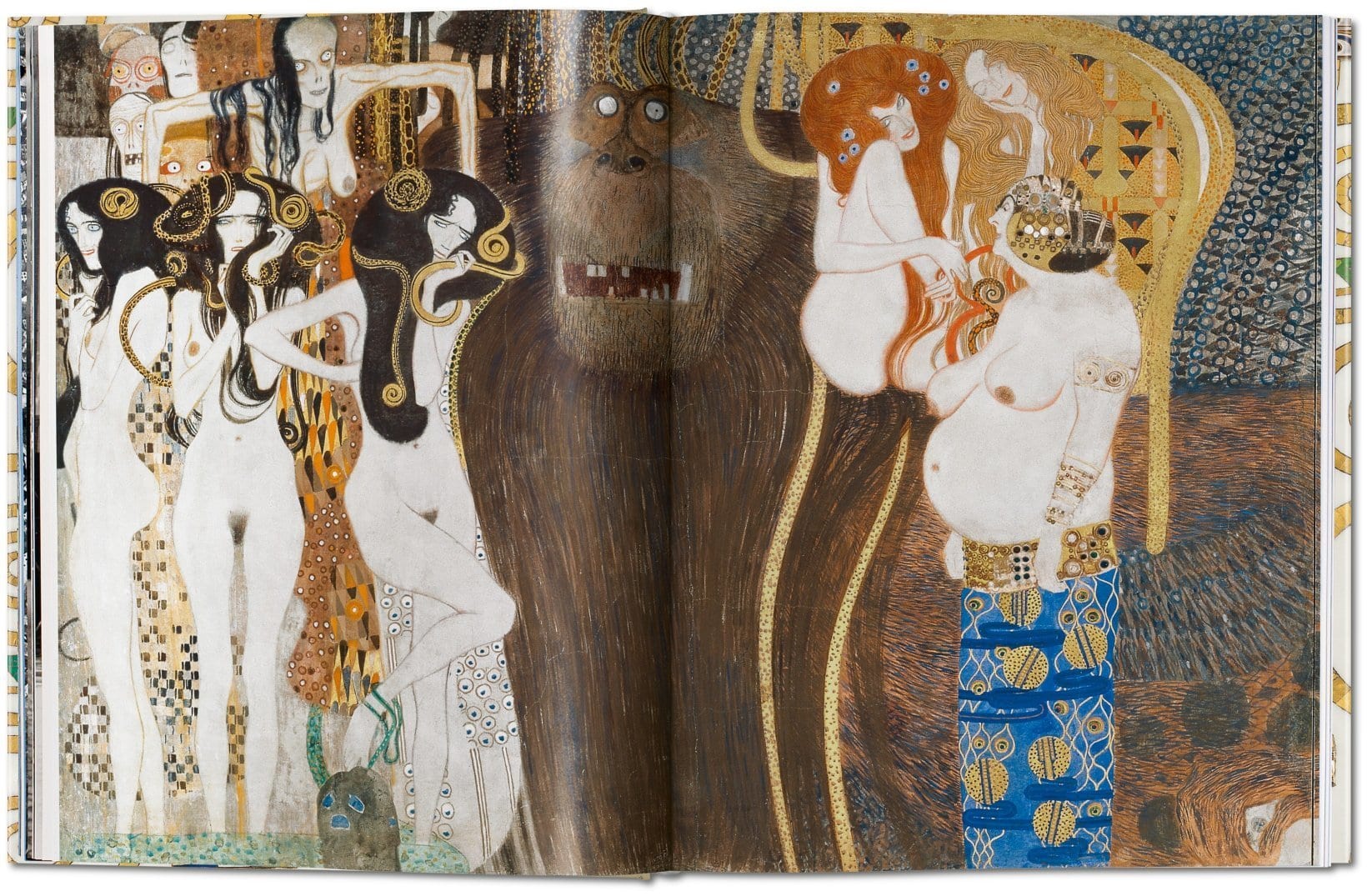 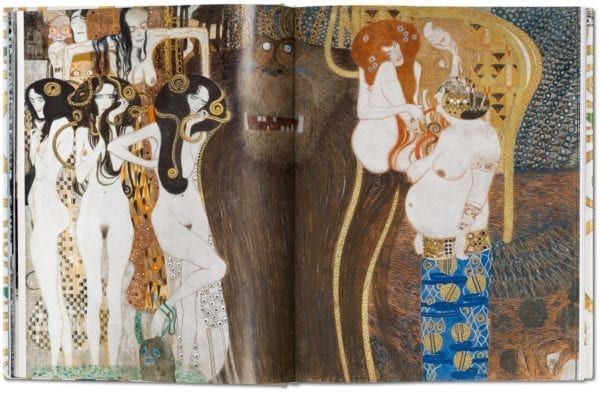 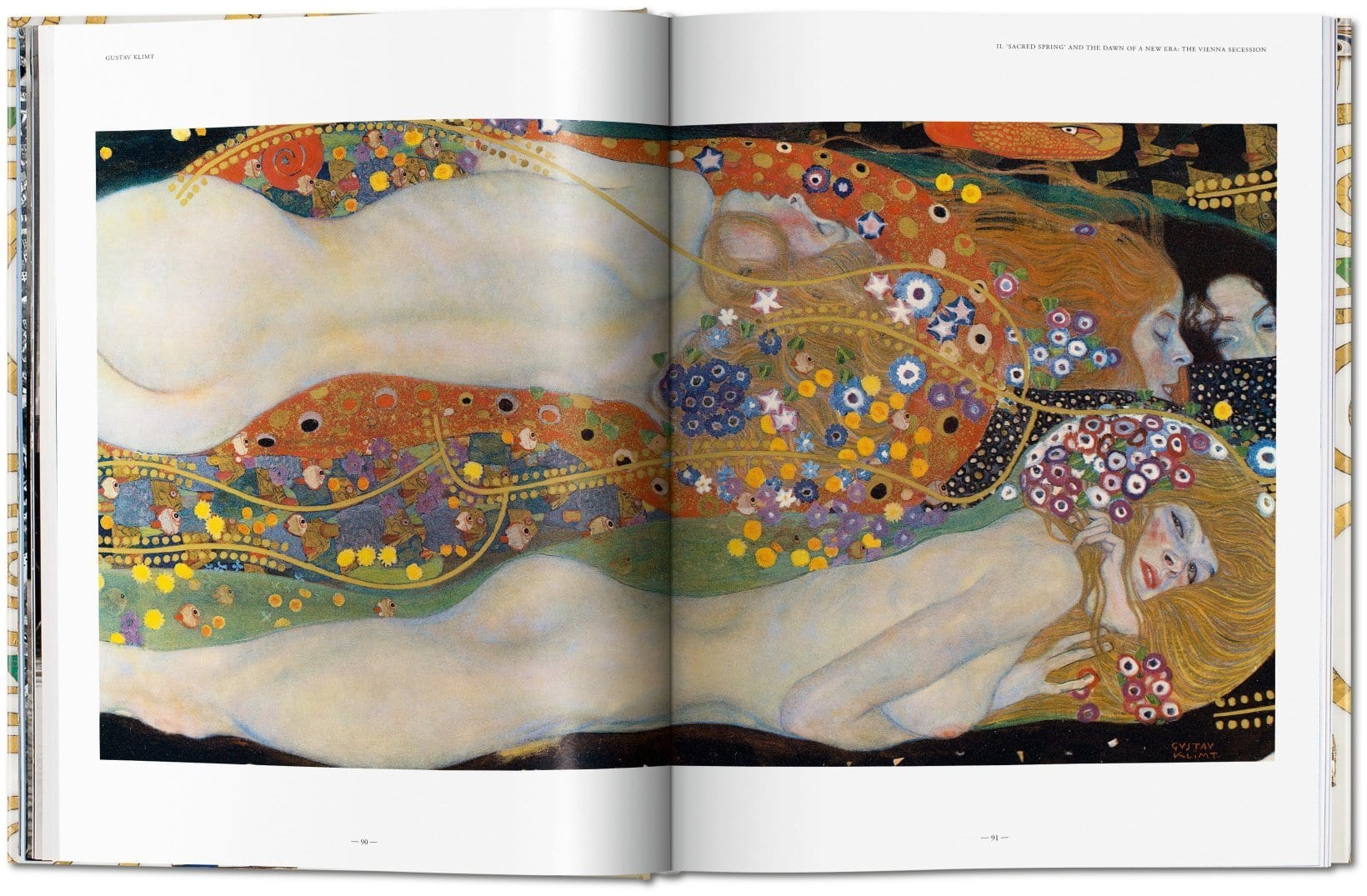 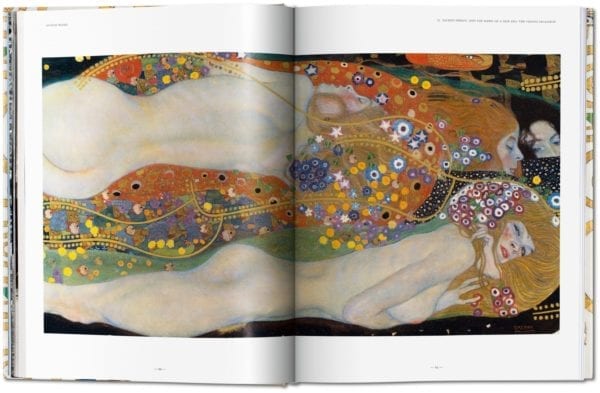 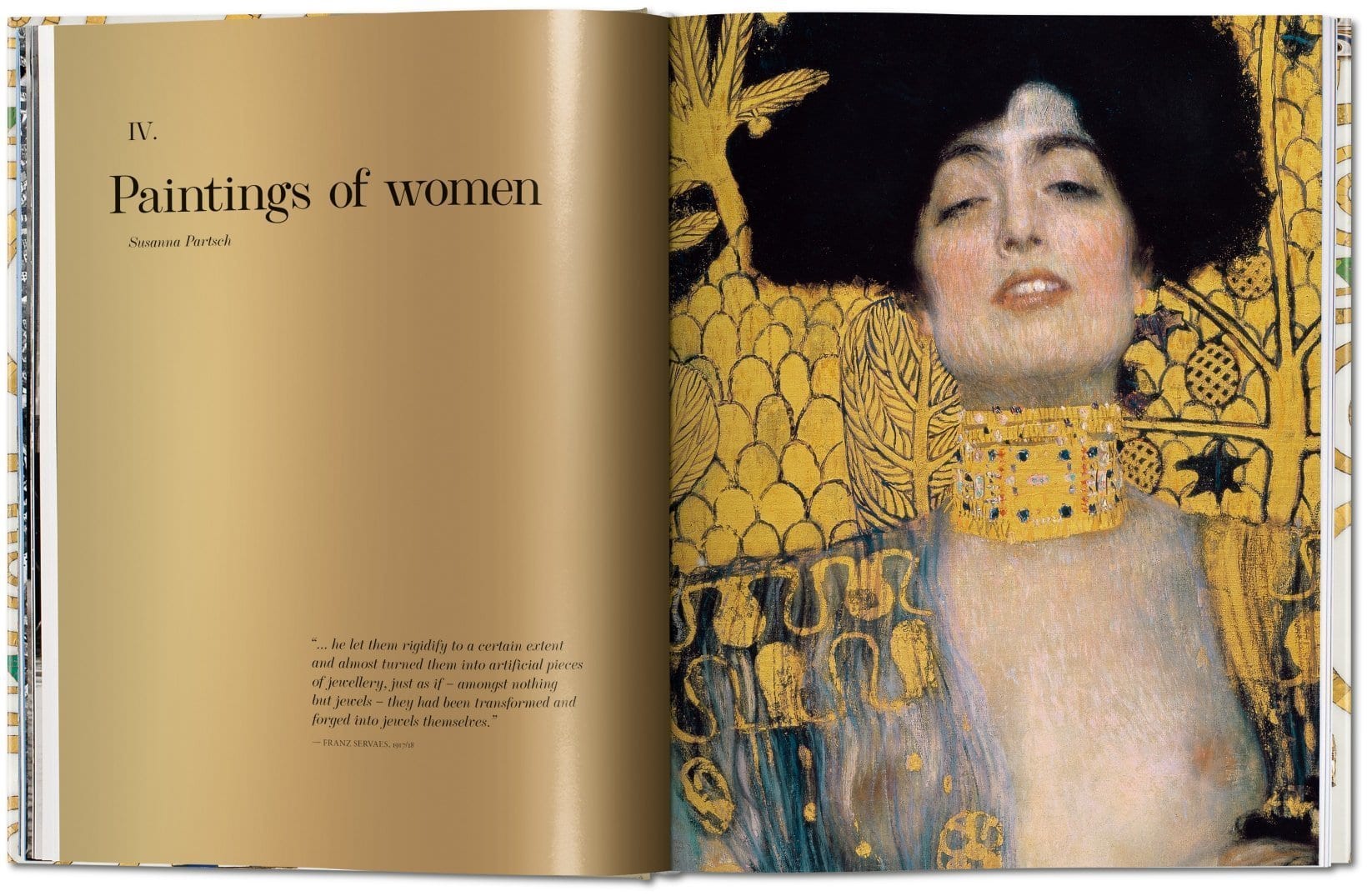 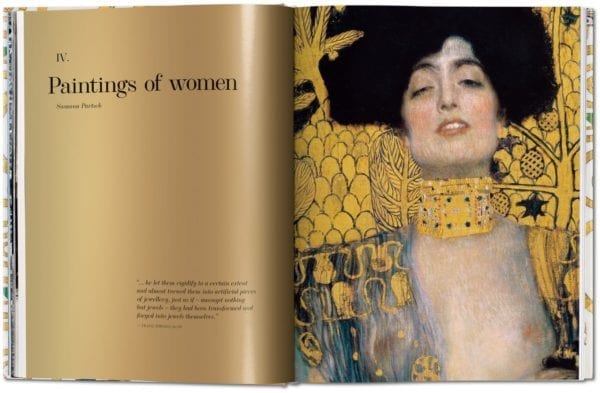 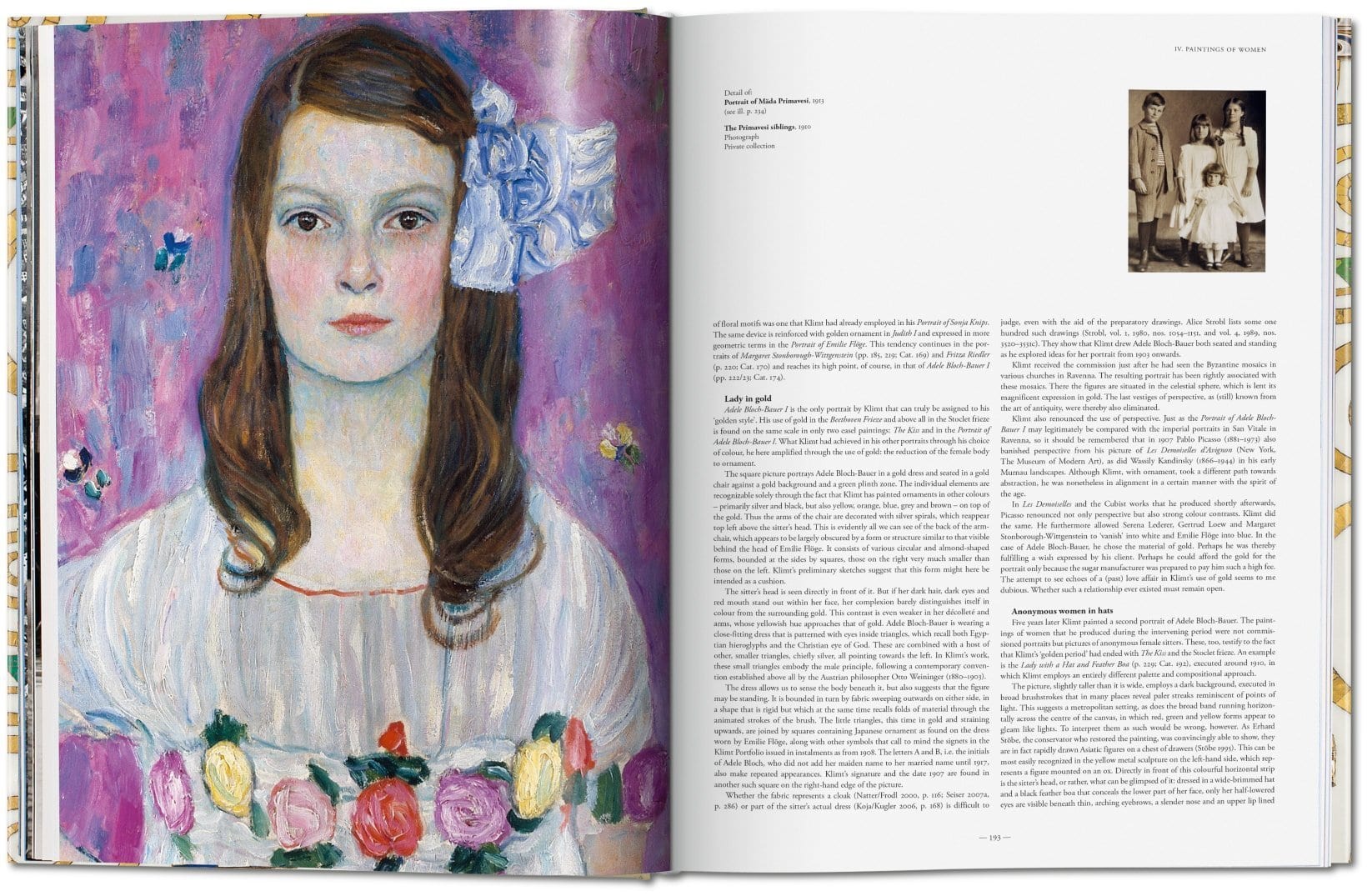 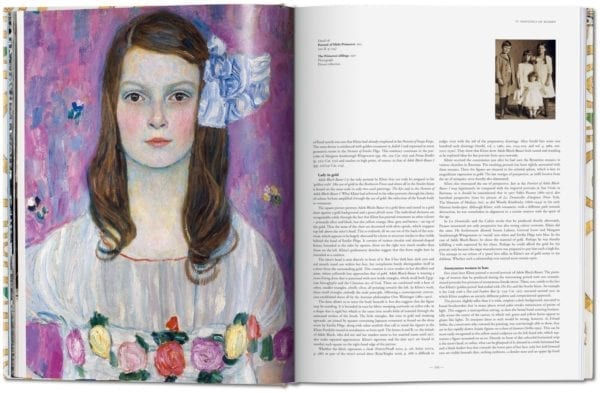 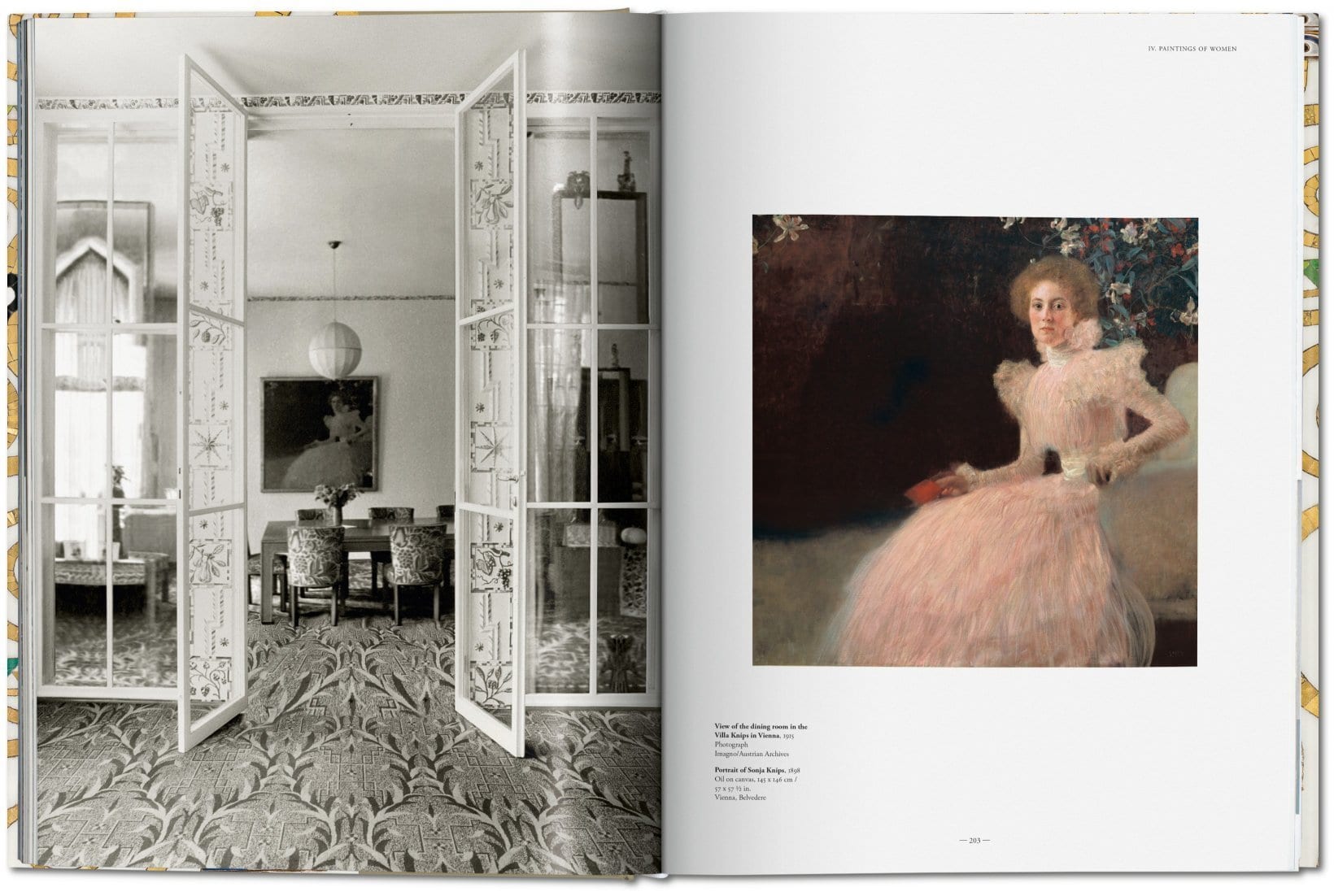 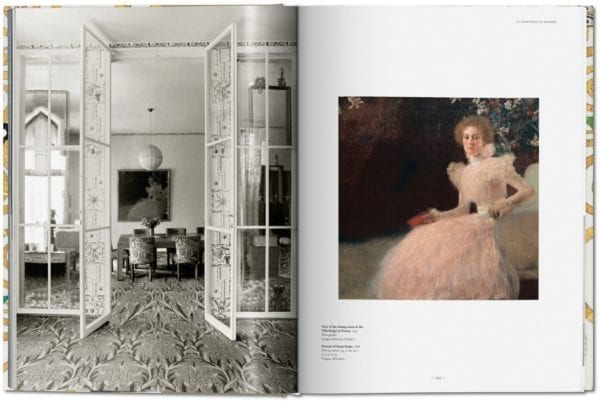 Fall under the spell of Gustav Klimt. The complete catalogue of his paintings, including new photographs of the Stoclet Frieze, this book follows the Viennese master through his prominent role in the Secessionist movement, his candid rendering of the female body, and the lustrous “golden phase” behind such shimmering works as The Kiss and Portrait of Adele Bloch-Bauer I.

A century after his death, Viennese artist Gustav Klimt (1862–1918) still startles with his unabashed eroticism, dazzling surfaces, and artistic experimentation. This monograph gathers all of Klimt’s major works alongside authoritative art historical commentary and privileged access to the artist’s archive.

With top quality illustration, including new photography of the celebrated Stoclet Frieze, the book follows Klimt through his prominent role in the Secessionist movement of 1897, his candid rendering of the female body, and his lustrous “golden phase” when gold leaf brought a shimmering tone and texture to such beloved works as The Kiss and Portrait of Adele Bloch-Bauer I, also known as The Woman in Gold.

Through luminous spreads and carefully curated details, the monograph traces the repertoire of Japanese, Byzantine, and allegorical stimuli that informed Klimt’s flattened perspectives, his symbolic vocabulary, and his mosaic-like textures. Drawing upon contemporary critics and voices, the book also examines the art world’s polarized reception to Klimt’s pictures as much as his own stylistic trajectory. From his landscape painting to erotic works to the controversial ceiling for the Great Hall of the University of Vienna, we see how Klimt’s admixture of tradition and daring divided the press and public—becried by some as a pornographer, hailed by others as a modern maestro.