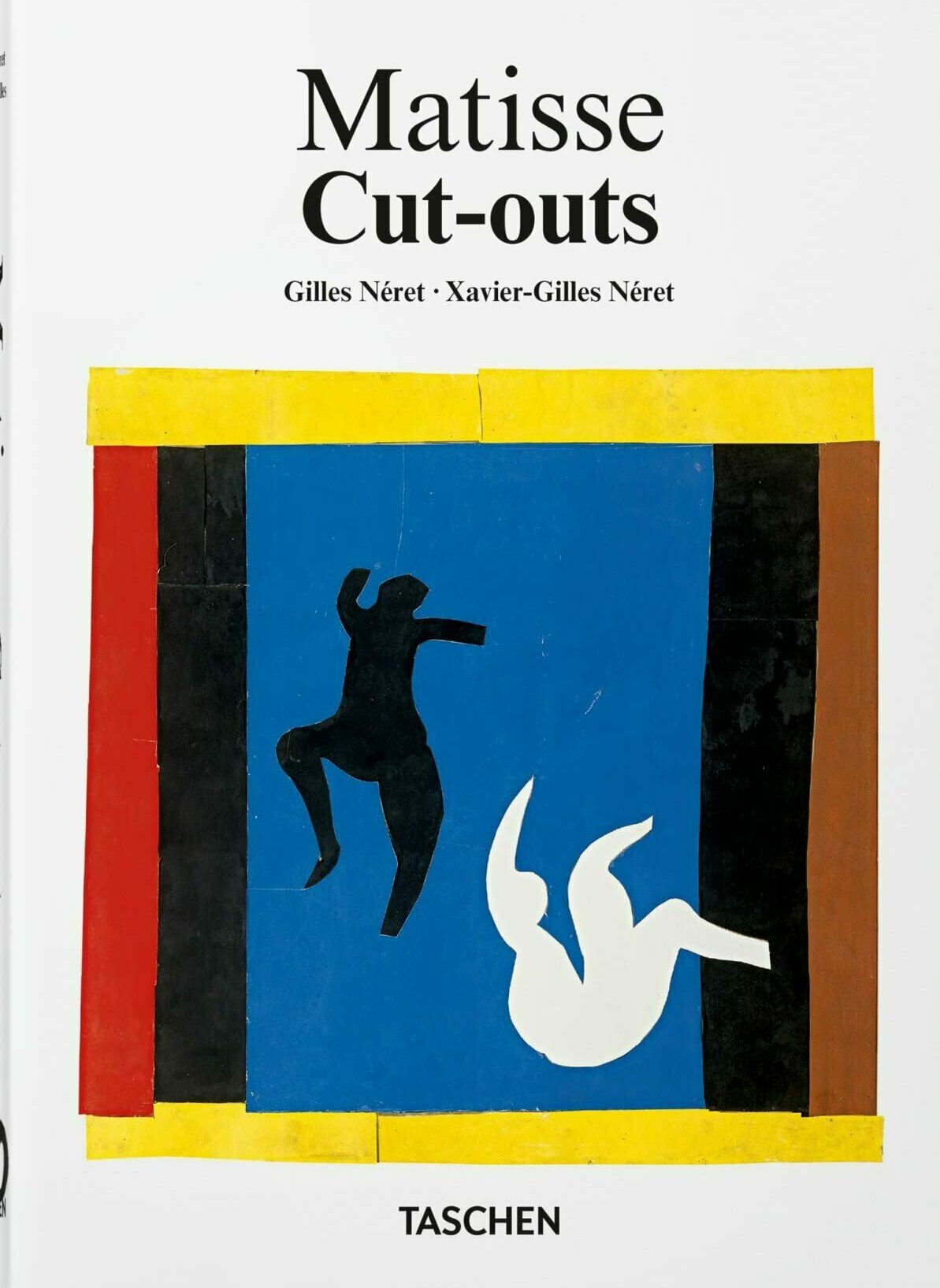 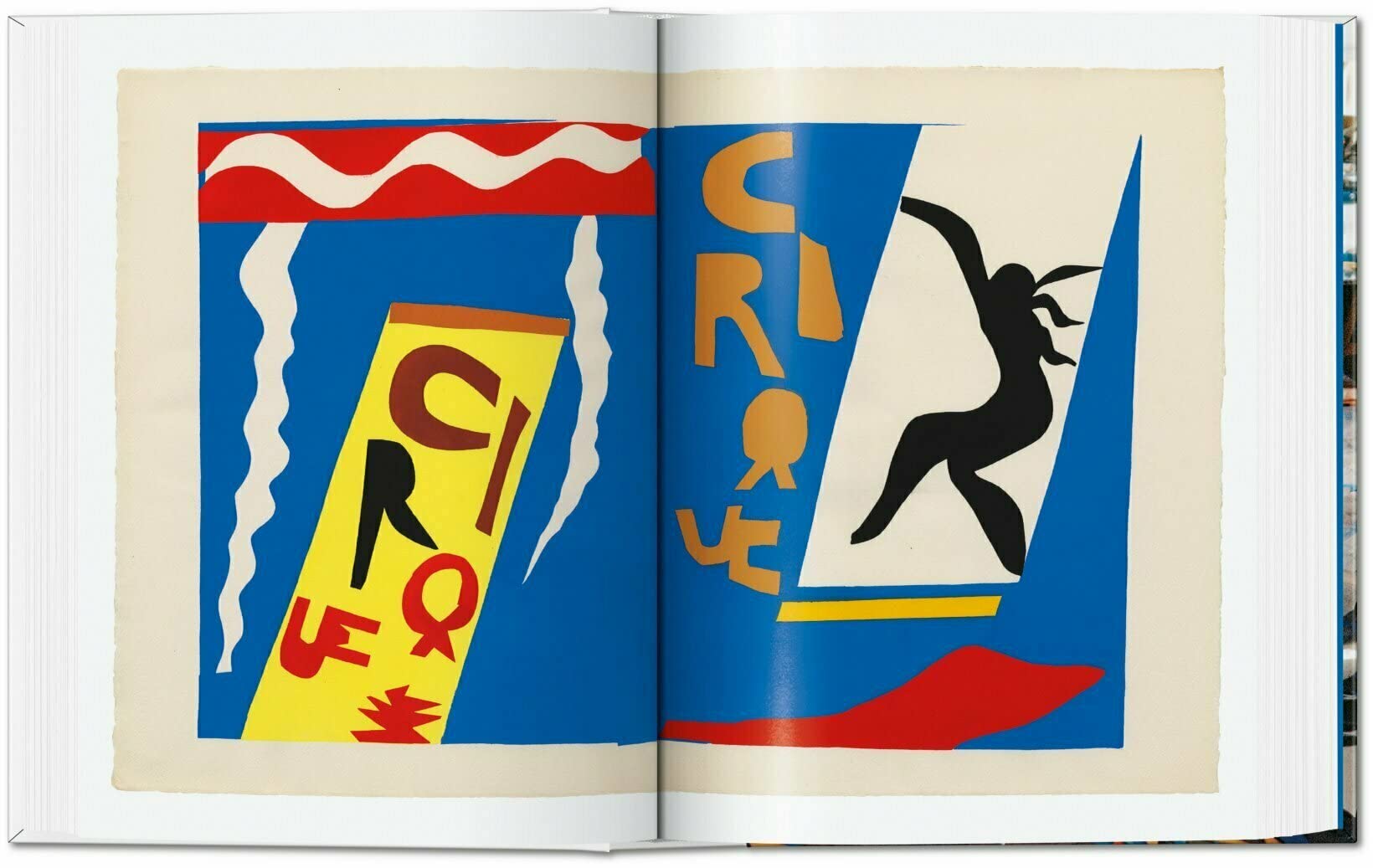 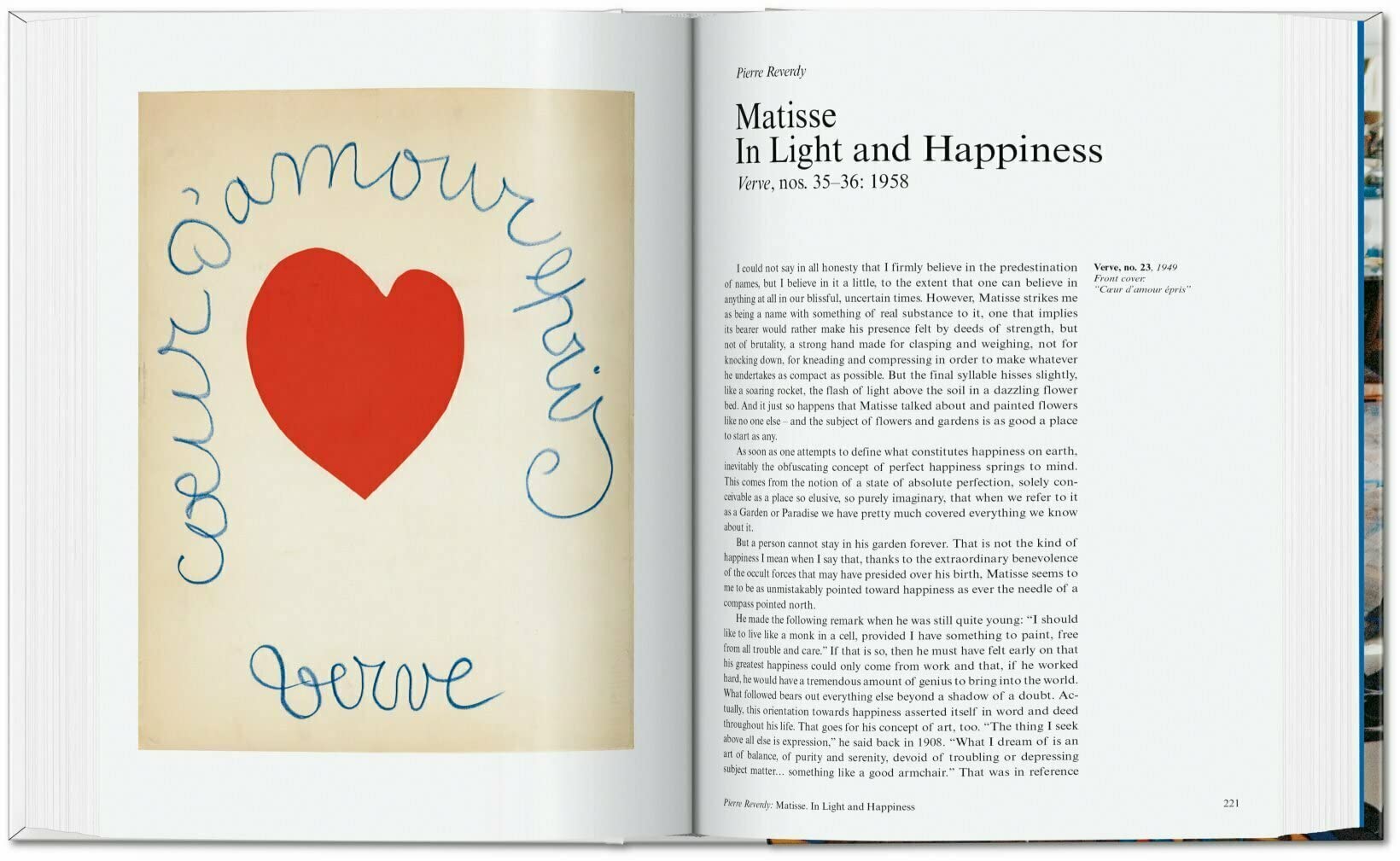 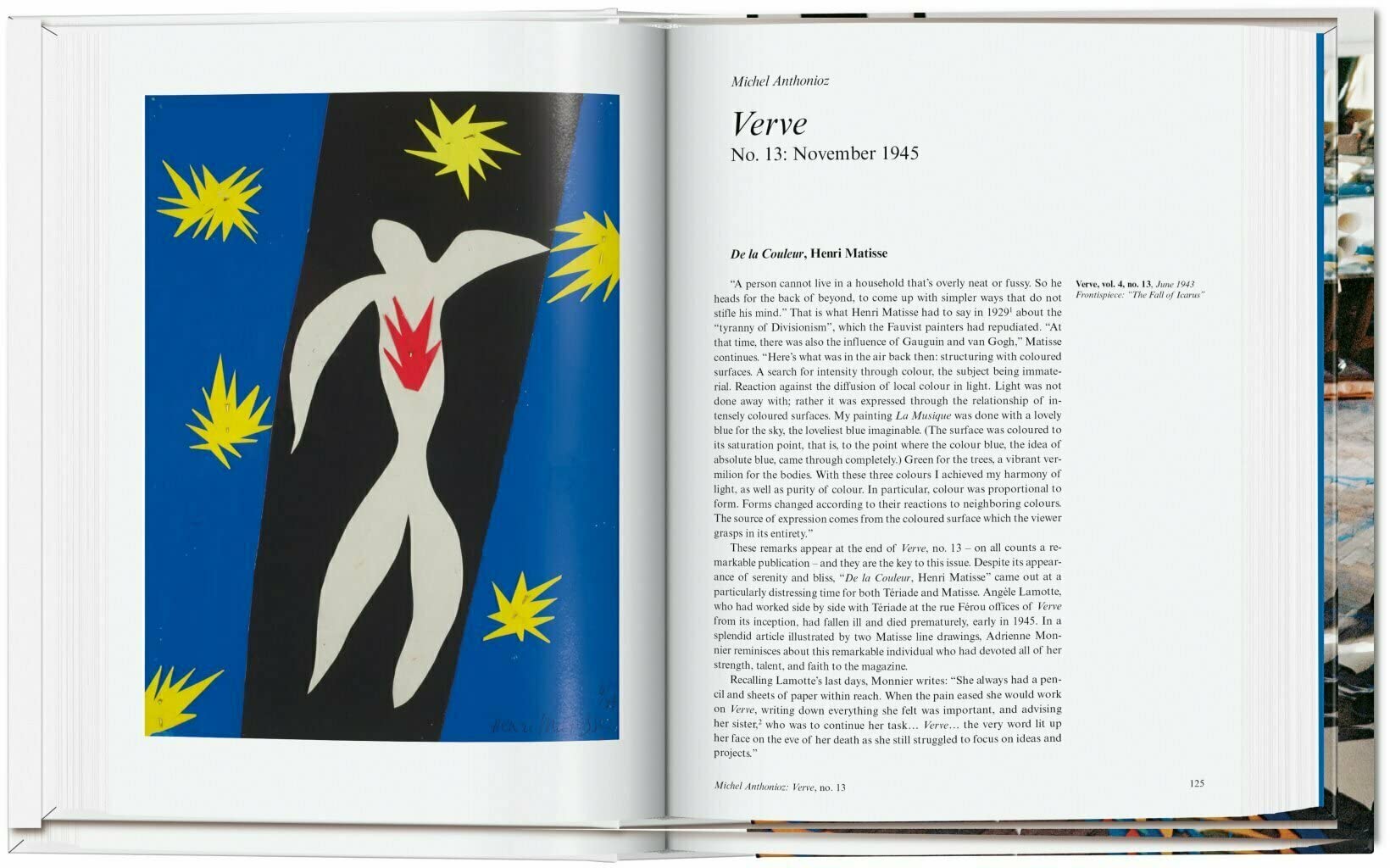 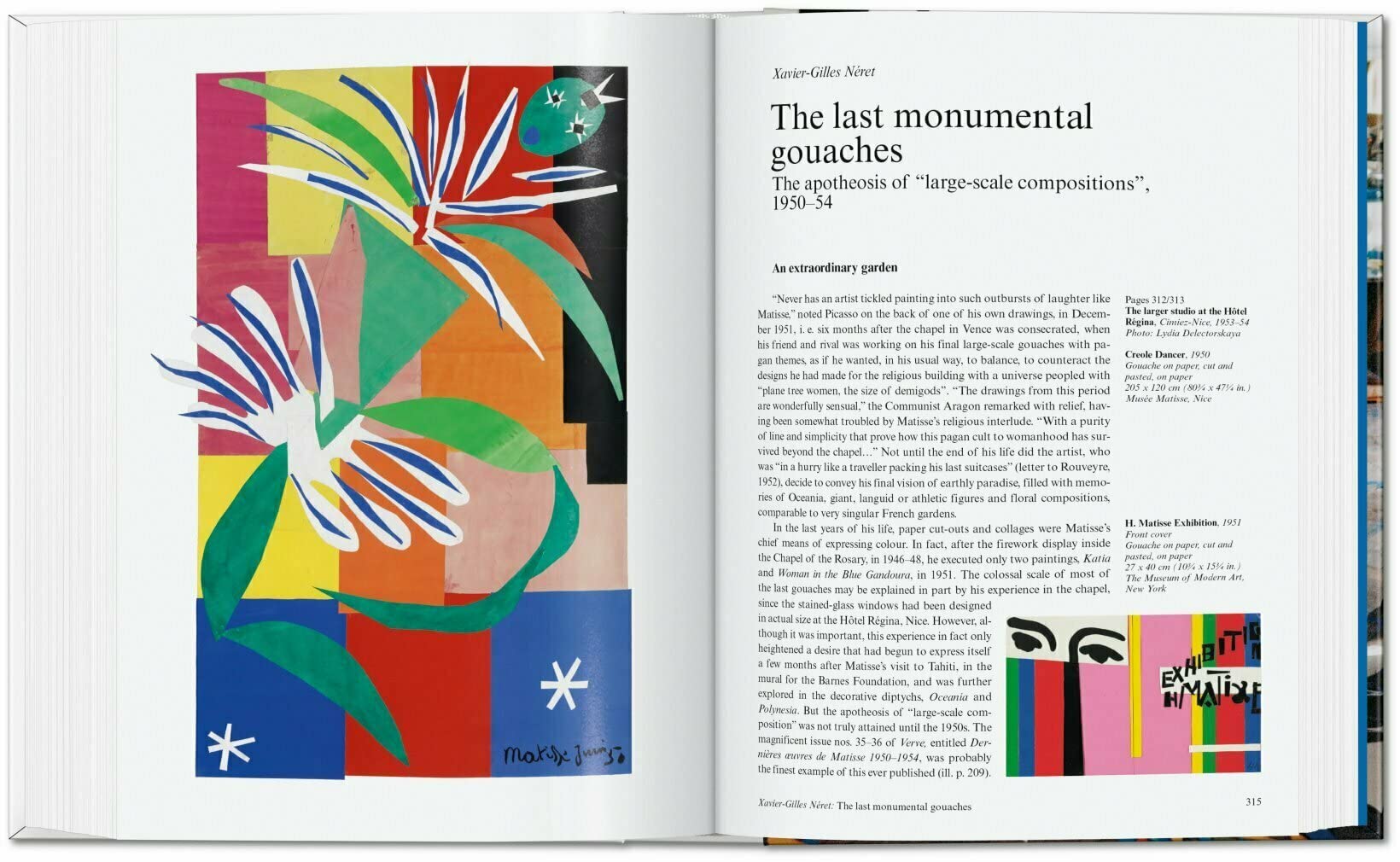 Toward the end of his monumental career as a painter, sculptor, and lithographer, an elderly, sickly Matisse was unable to stand and use a paintbrush for long. In this late phase of his life―he was almost 80 years of age―he developed the technique of “carving into color,” creating bright, bold paper cut-outs. Though dismissed by some contemporary critics as the folly of a senile old man, these gouaches decoupées (gouache cut-outs) in fact represented a revolution in modern art, a whole new medium that reimagined the age-old conflict between color and line.

This edition of the first volume of our original award-winning XXL book provides a thorough historical context to Matisse’s cut-outs, tracing their roots to his 1930 trip to Tahiti and continuing through to his final years in Nice. It includes many photos of Matisse, as well as some rare images by Henri Cartier-Bresson and the filmmaker F. W. Murnau, with texts by Matisse, publisher E. Tériade, the poets Louis Aragon, Henri Michaux, and Pierre Reverdy, and Matisse’s son-in-law Georges Duthuit.

In their deceptive simplicity, the cut-outs achieved both a sculptural quality and an early minimalist abstraction, which would profoundly influence generations of artists to come. Exuberant, multi-hued, and often grand in scale, these works are true pillars of 20th-century art, and as bold and innovative to behold today as they were in Matisse’s lifetime.