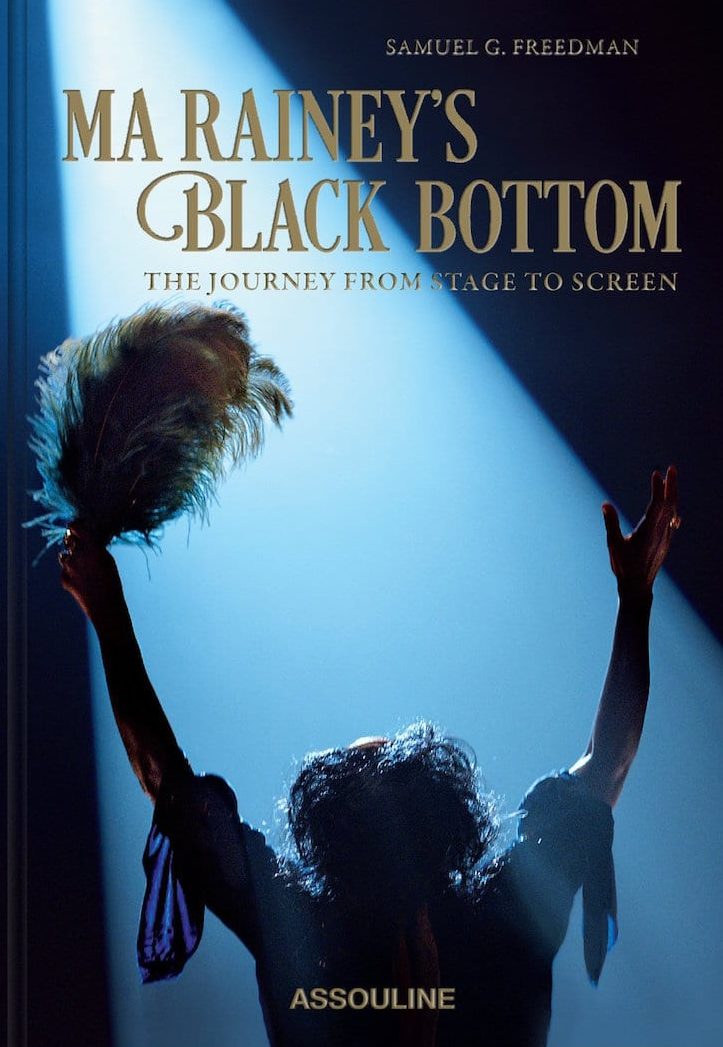 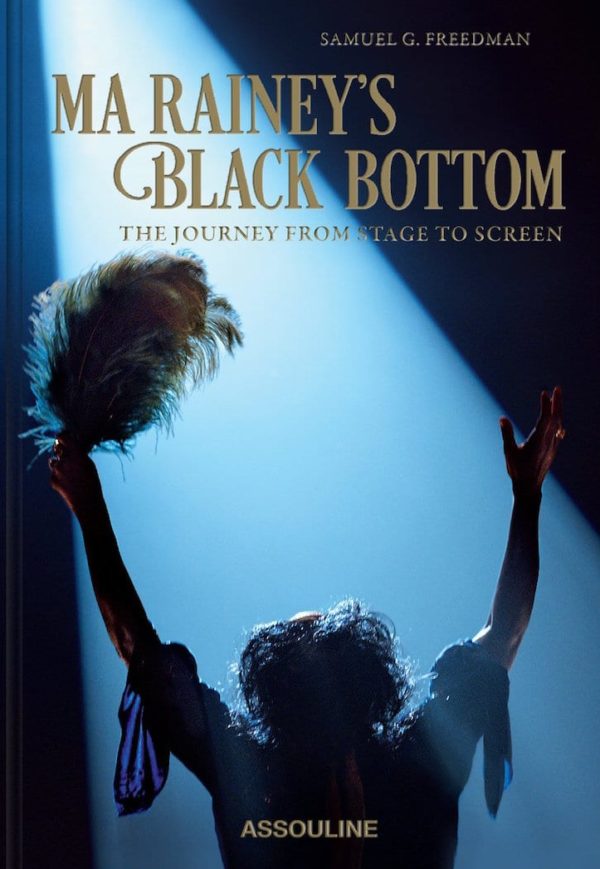 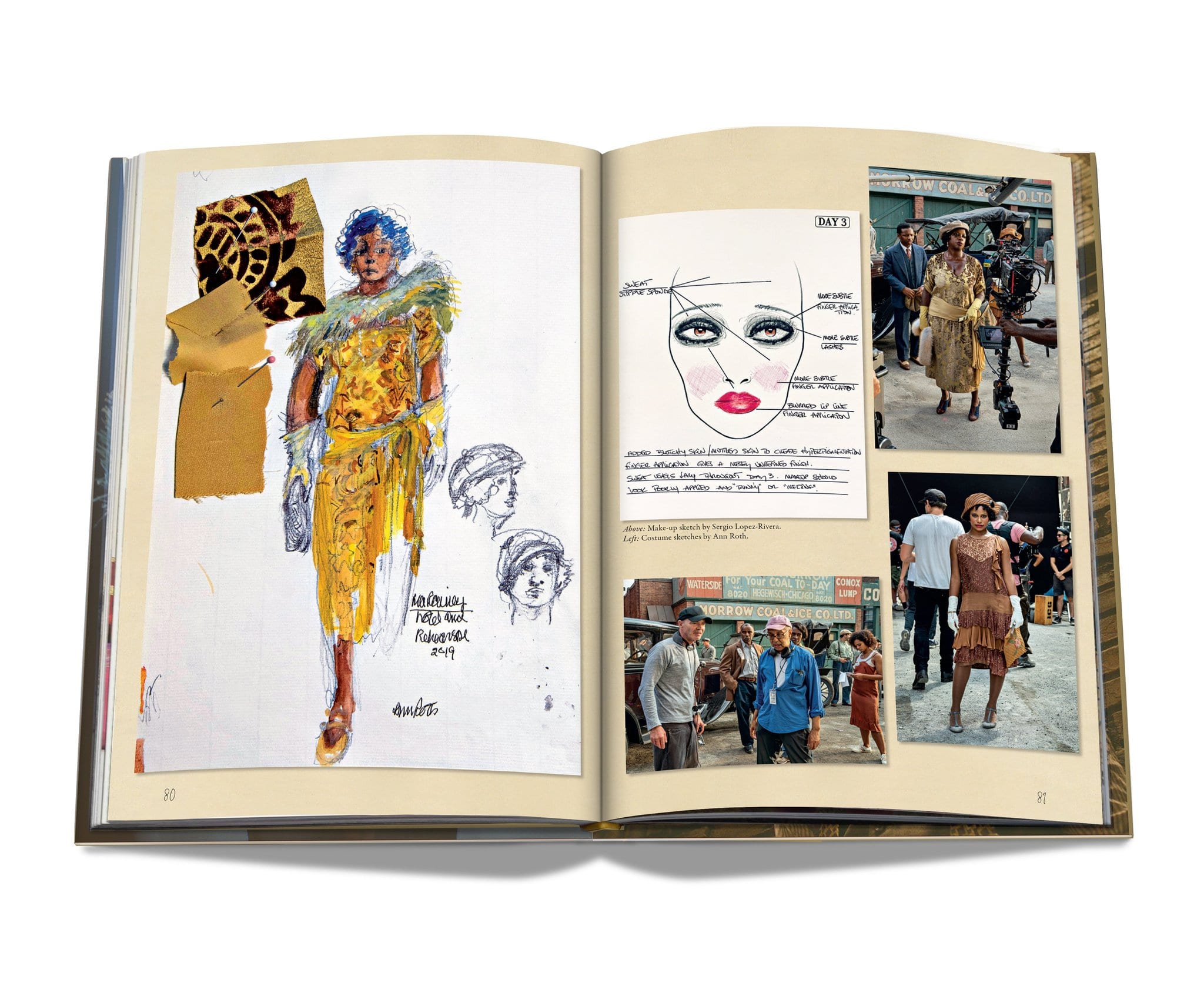 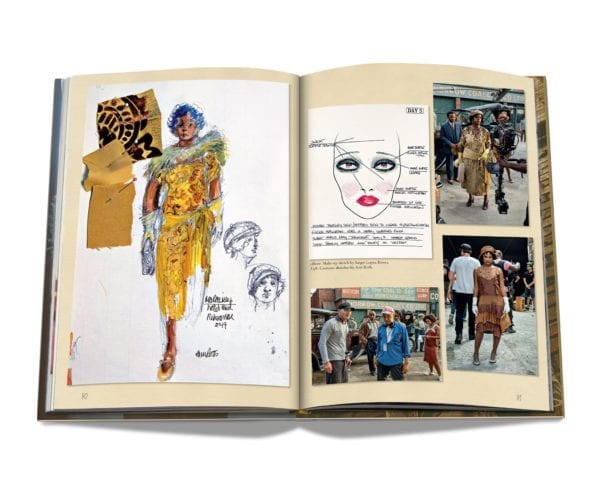 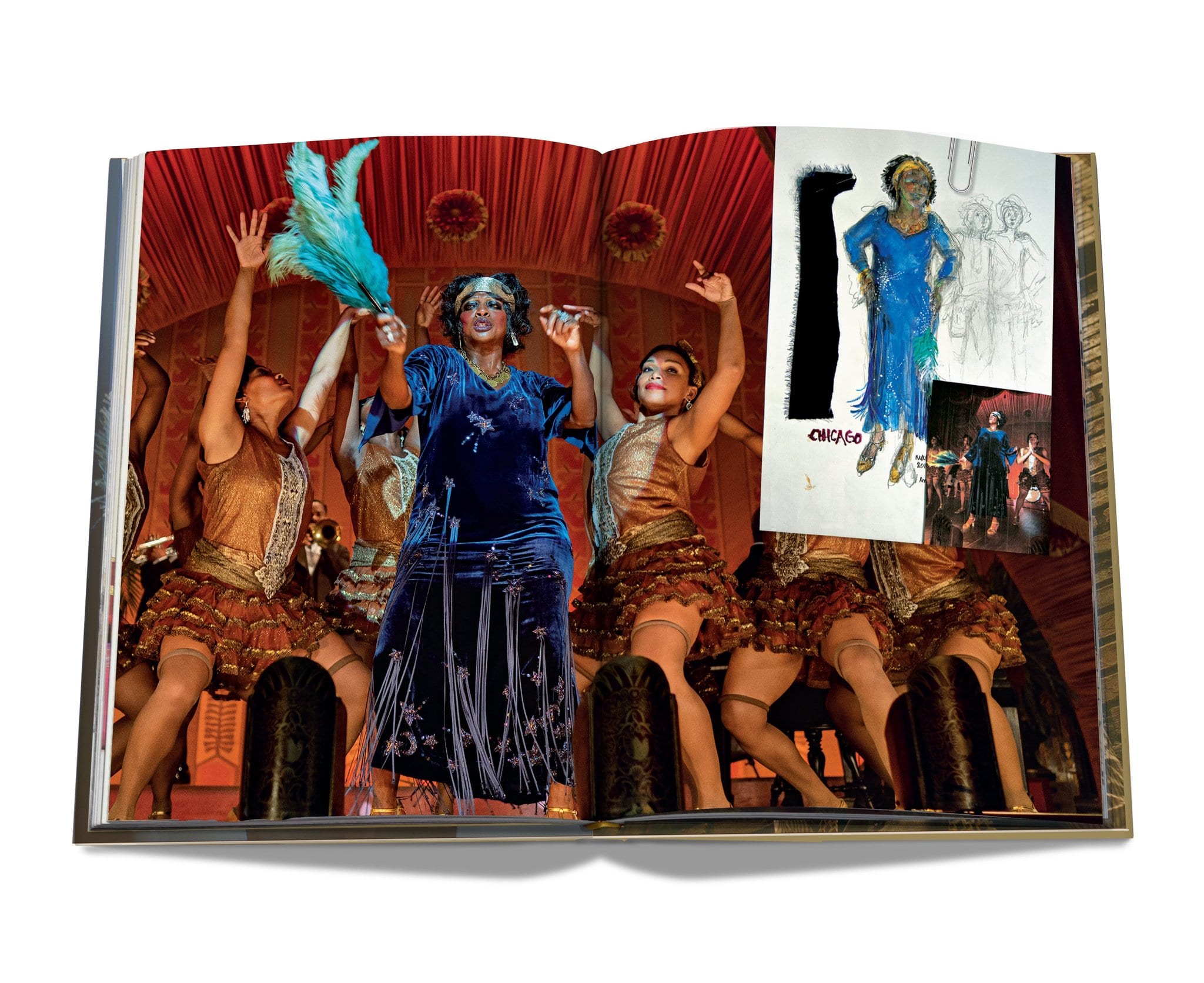 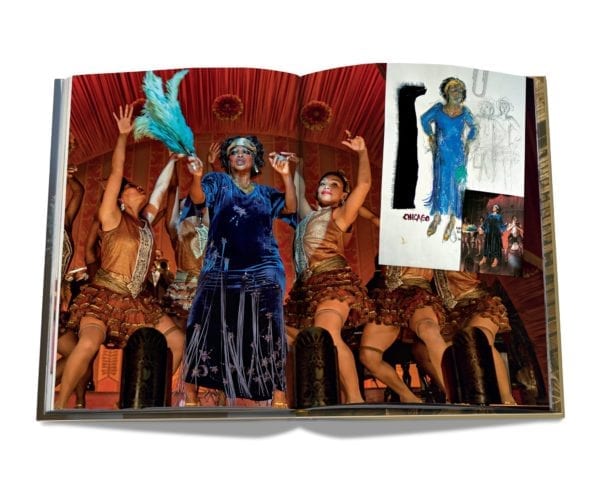 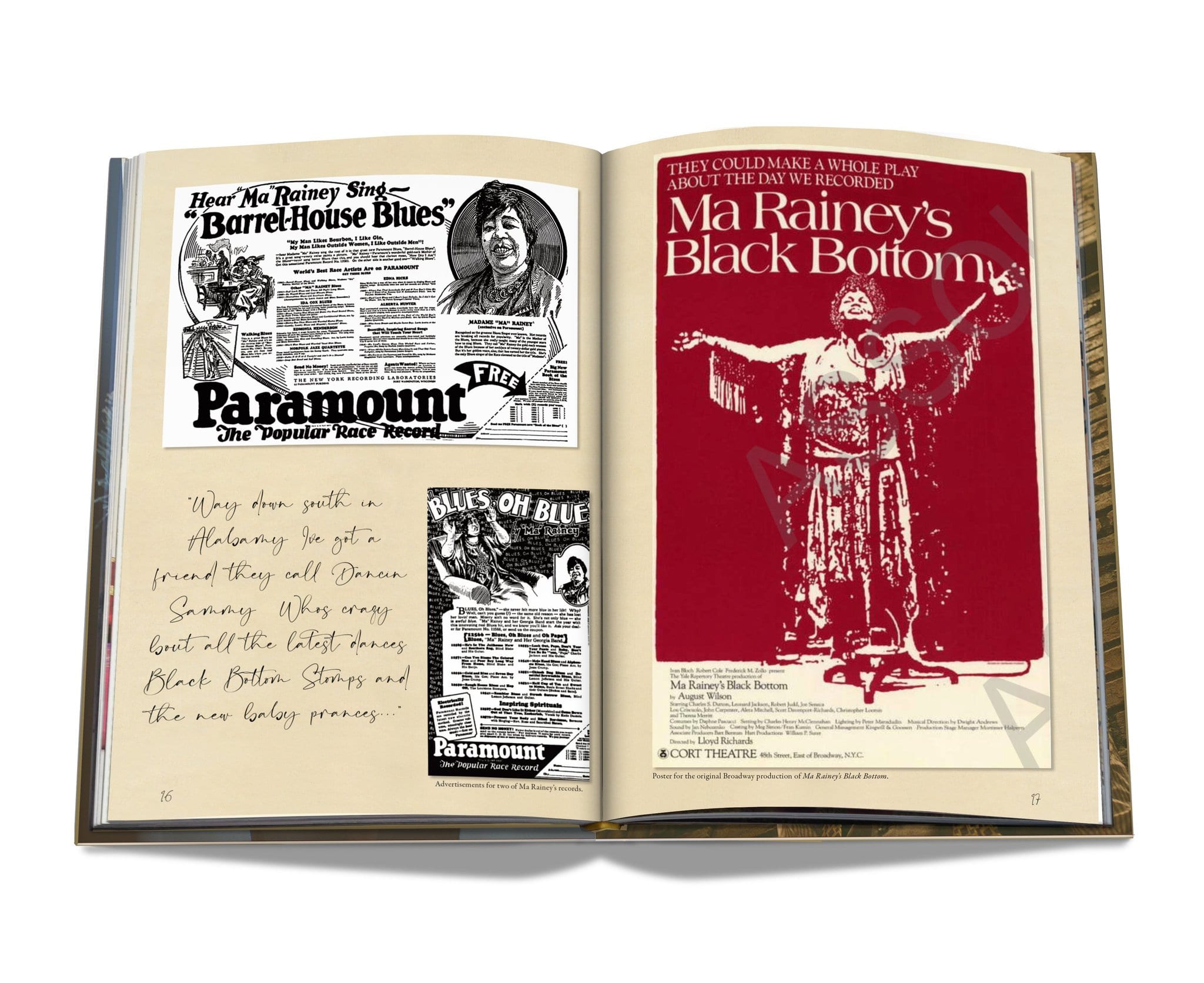 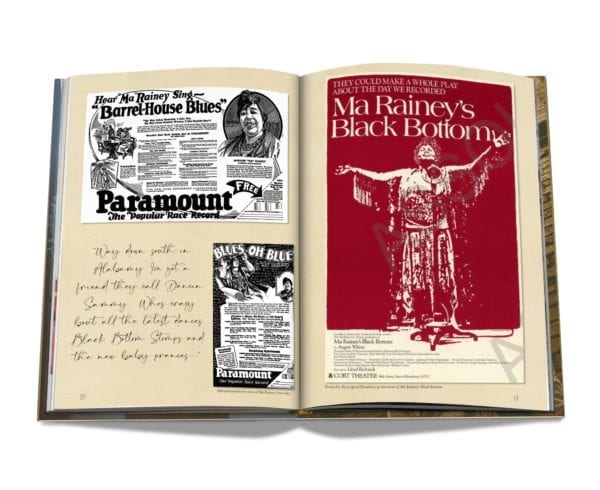 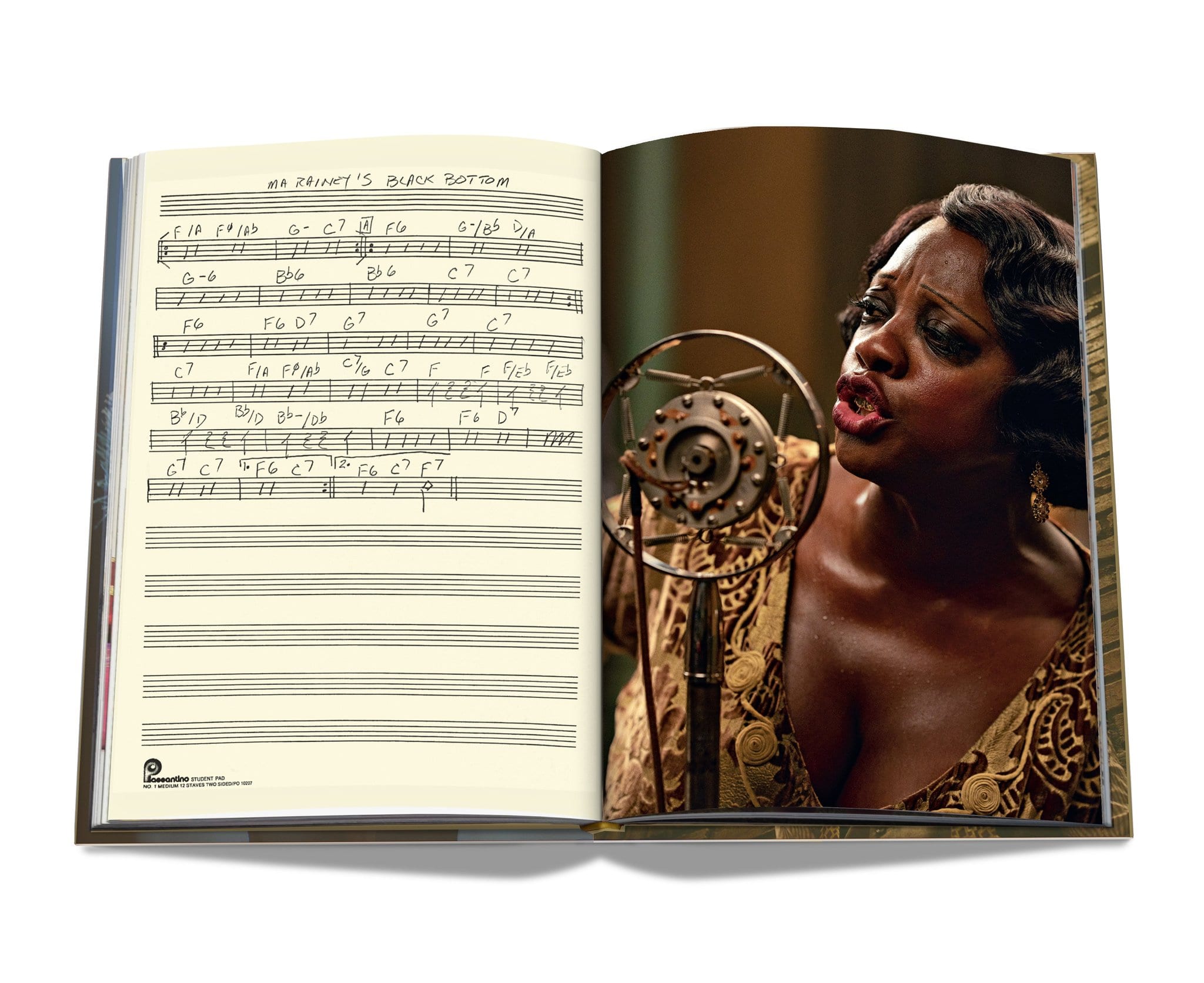 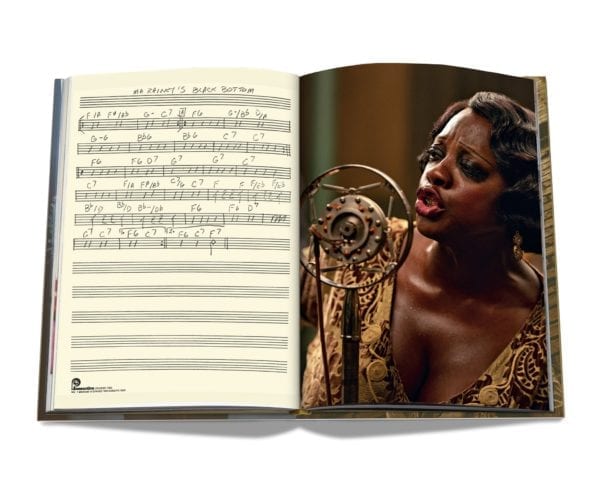 Adapted from two-time Pulitzer Prize winner August Wilson’s play, Ma Rainey’s Black Bottom is a profound and moving celebration of the transformative power of the blues and the artists who refuse to let society’s prejudices dictate their worth. The film takes place on a balmy afternoon in 1920s Chicago, where tensions rise between Ma Rainey (Viola Davis), her ambitious horn player (Chadwick Boseman), and the white management determined to control the legendary “Mother of the Blues.”

This stunning companion book offers a visual and narrative tour through the rich and multifaceted history behind Ma Rainey’s Black Bottom. We’re introduced to August Wilson, the legendary playwright who excavated Ma Rainey’s story and gave new life onstage; to Denzel Washington and Todd Black, the producers charged with shepherding Wilson’s plays to the silver screen; to George C. Wolfe, the director who has brought a fresh, visionary eye to an established classic, and Ruben Santiago-Hudson, who adapted Wilson’s script with great care; to the seasoned actors who portray the memorable cast of characters; and of course, to Ma Rainey herself—the real-life blues singer whose music helped transform the industry.

Featuring film stills, set photography, quotes from the cast and filmmakers, a Foreword by Wolfe, and an incisive text by award-winning author Samuel G. Freedman, this monograph takes readers behind the scenes and examines the making of Ma Rainey’s Black Bottom as a celebration of August Wilson’s life and work. Through interviews with Wolfe, Washington, Davis, and the rest of the film’s cast and creative team, Freedman situates the making of this great film as the story of how a legacy is carried forward.