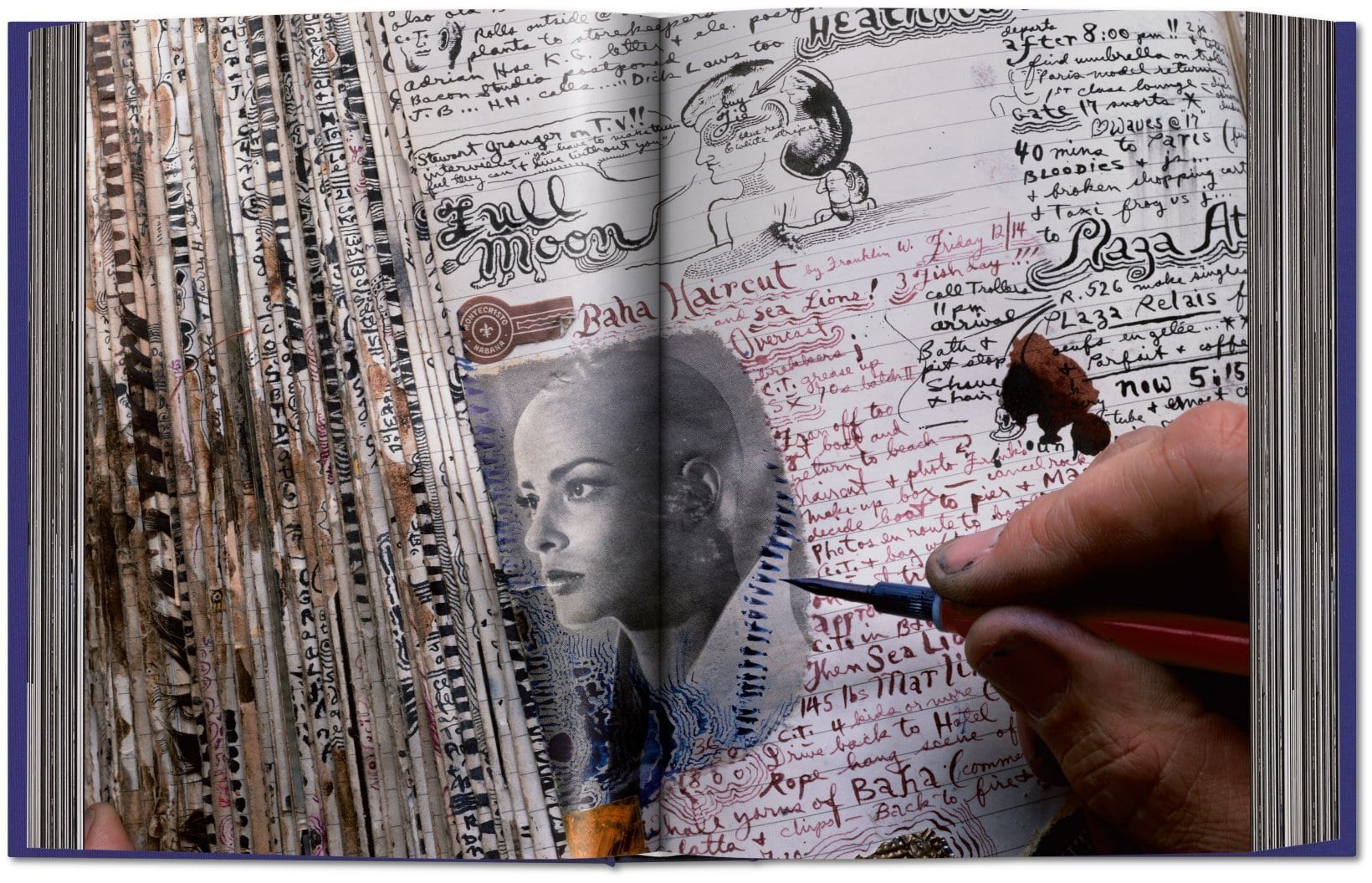 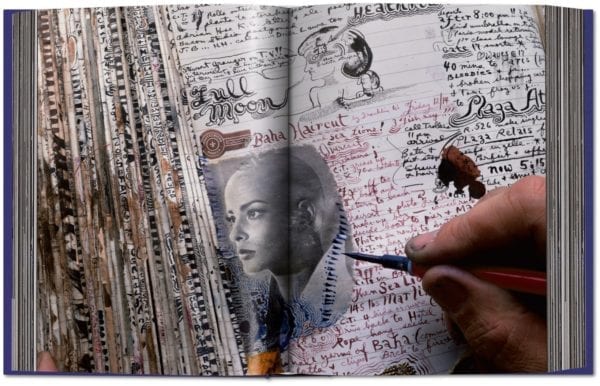 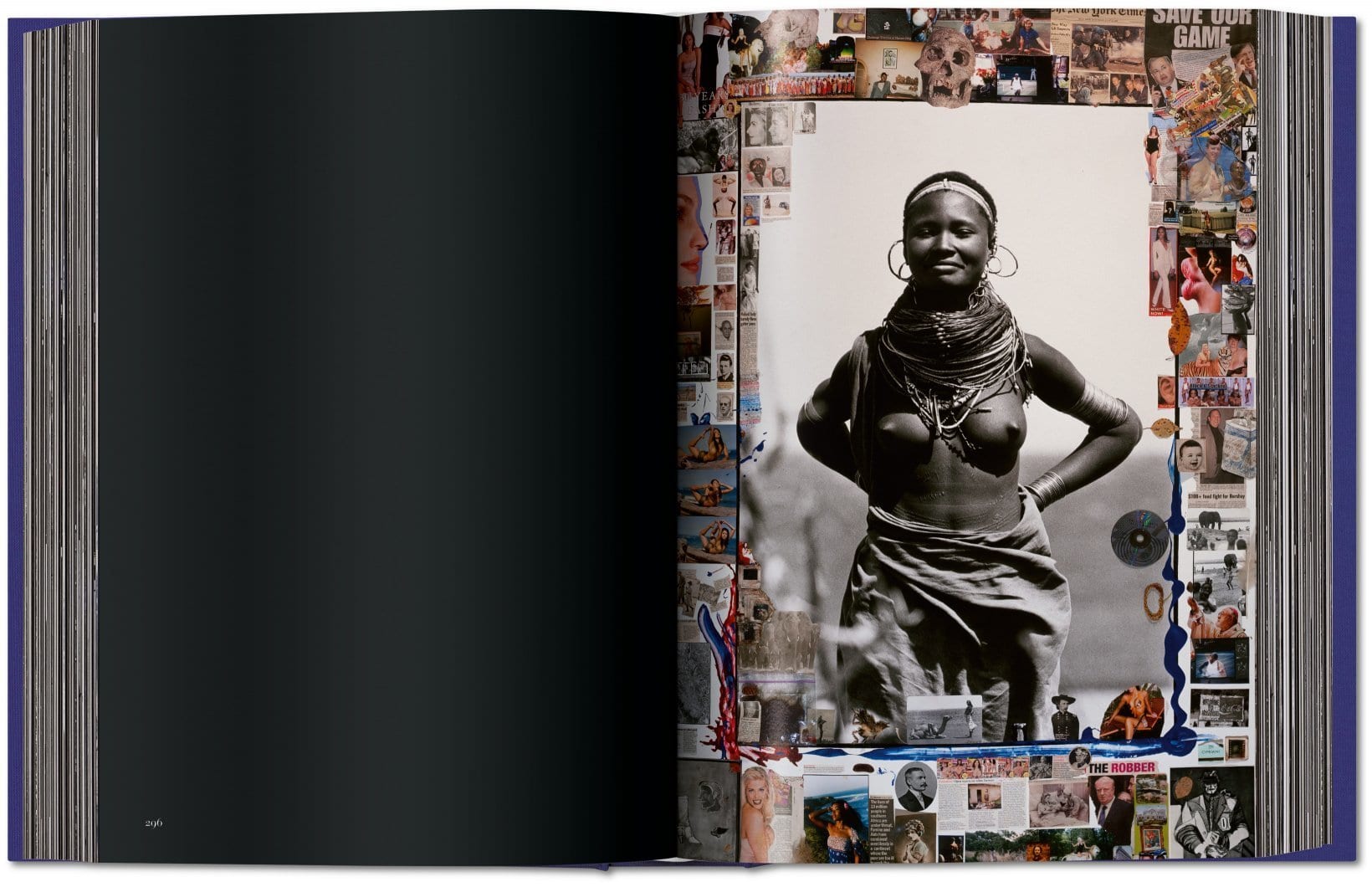 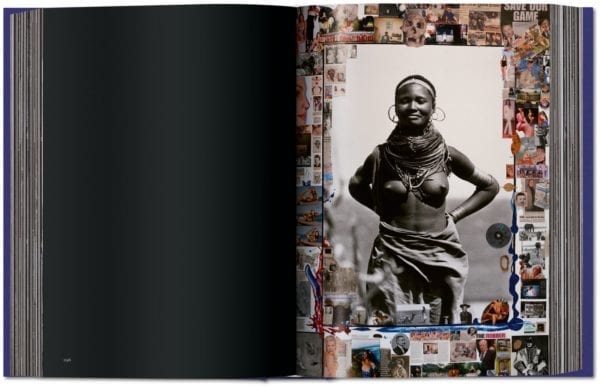 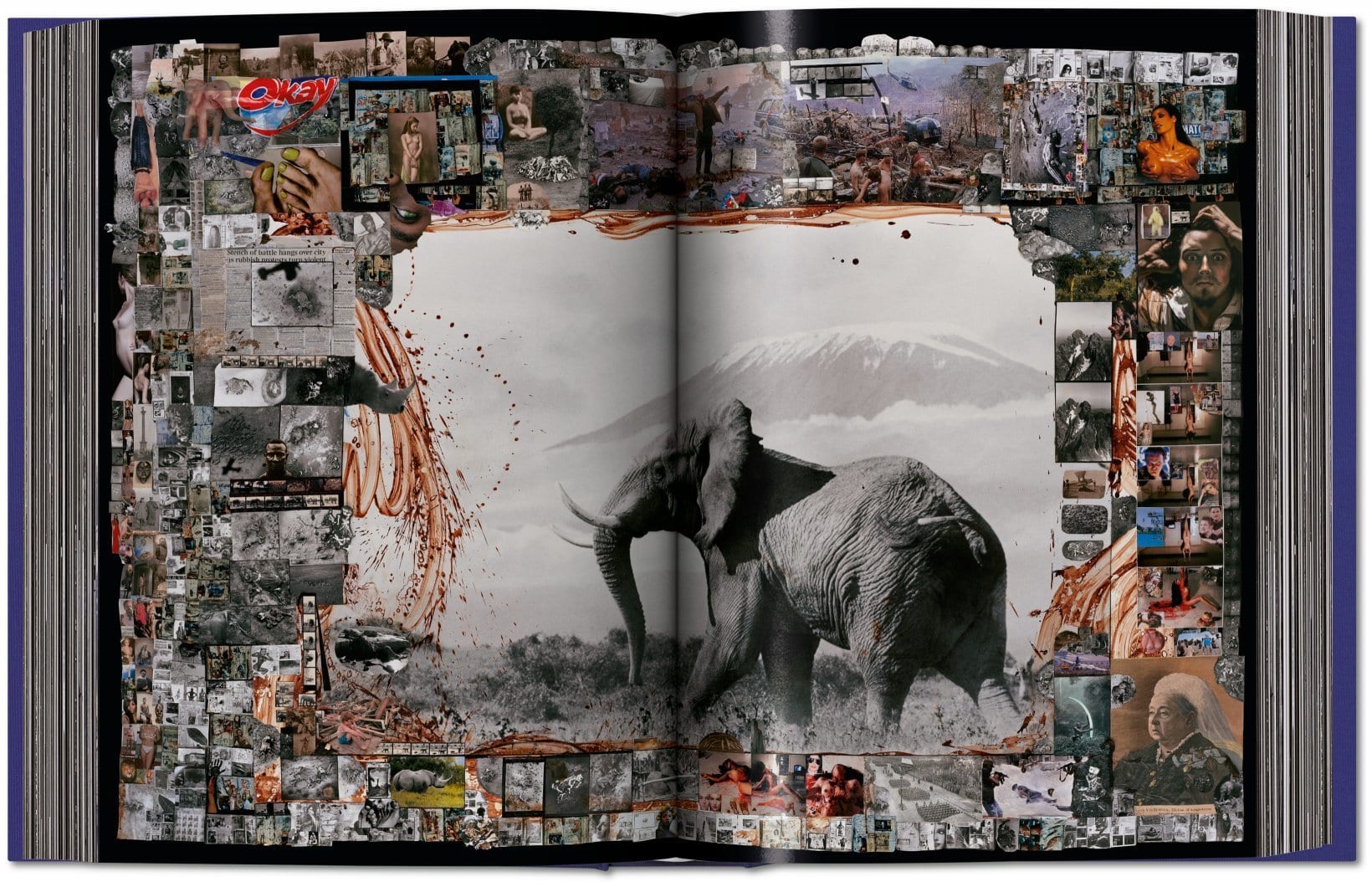 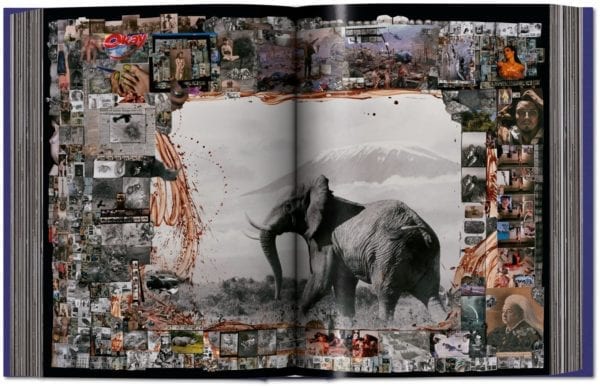 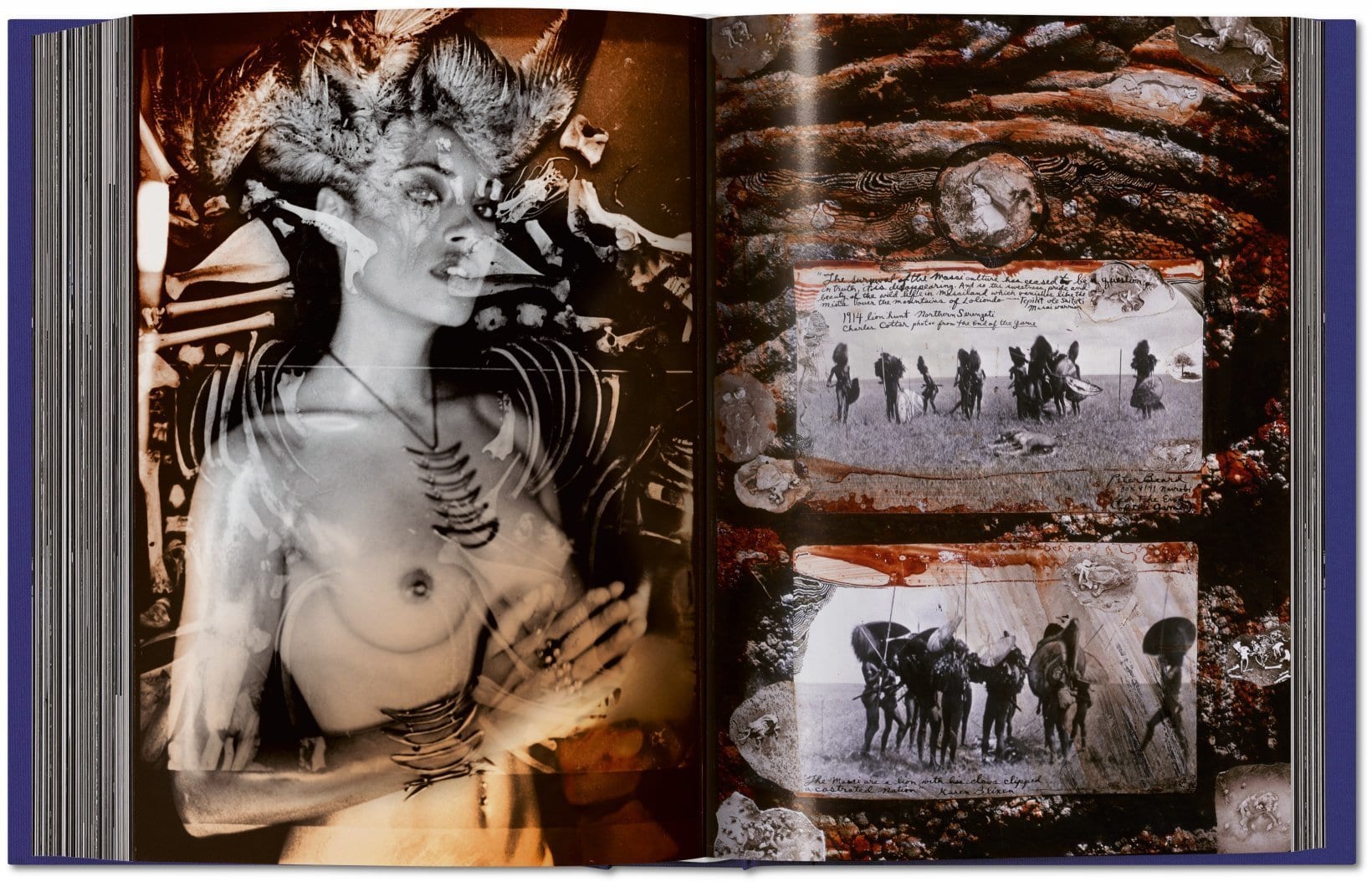 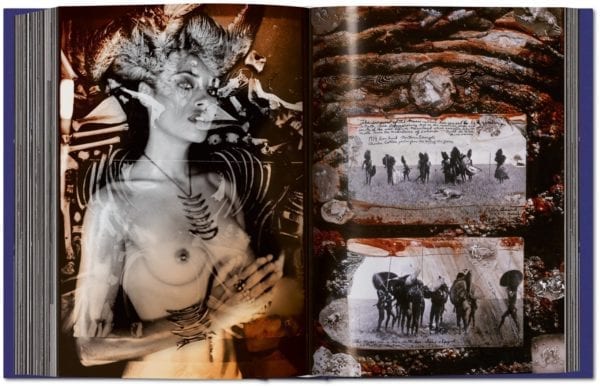 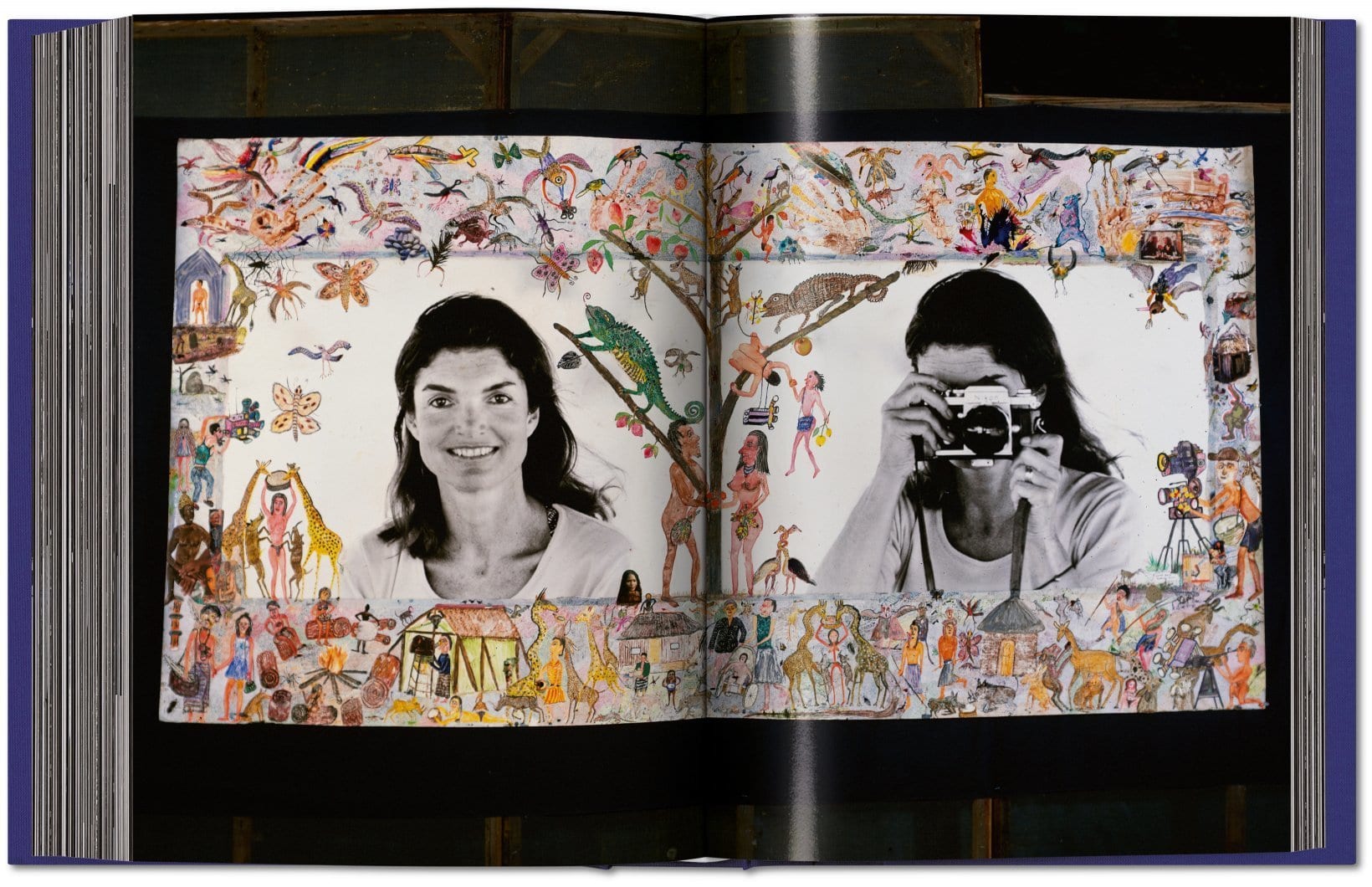 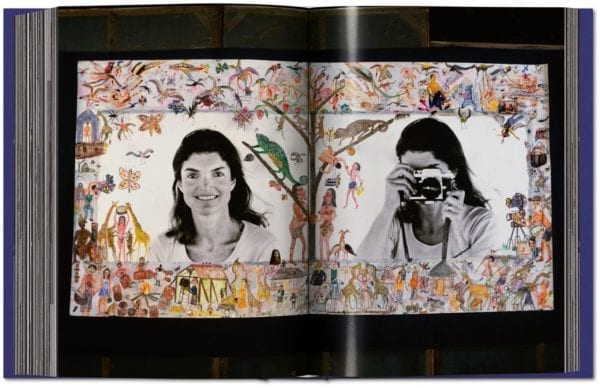 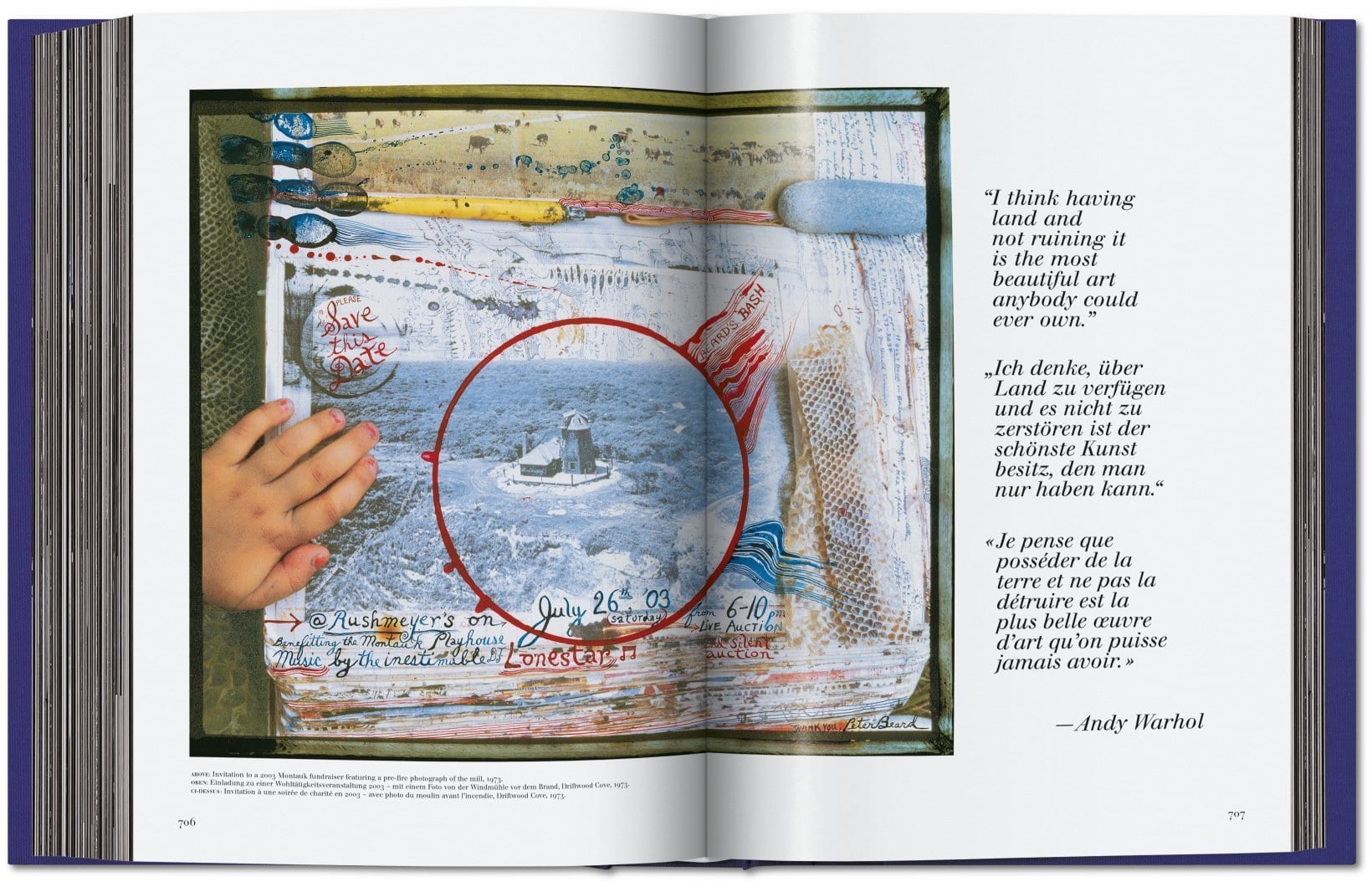 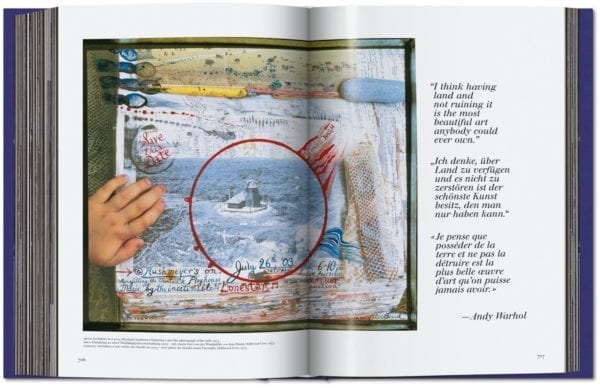 Artist, diarist, collector, and writer Peter Beard (1938-2020) fashioned his life into a work of art; the illustrated diaries he kept from a young age evolved into a serious career as an artist and earned him a central position in the international art world. He collaborated with Francis Bacon and Salvador Dalí, he made diaries with Andy Warhol, worked on books with scientists like Dr. Norman Borlaug, Dr. Richard Laws, and Alistair Graham, and toured with Truman Capote, Terry Southern, and the Rolling Stones—all of whom are brought to life, literally and figuratively, in his work. He delved into the world of fashion for its beautiful women, taking Voguestars like Veruschka to Africa and bringing new ones back to the U.S. with him.

After spending time in Kenya and striking up a friendship with the author Isak Dinesen (Karen Blixen) in the early 1960s, Beard bought 50 acres next to her farm with the stipulation that he would film and write about the land and its flora and fauna. He witnessed the dawn of Kenya’s population explosion, which challenged finite resources and stressed animal populations—including the starving elephants of Tsavo dying by the tens of thousands in a wasteland of eaten trees. So he documented what he saw—with diaries, photographs, and collages. He went against the wind in publishing unique and sometimes shocking books of these works, including The End of the Game. The corpses were laid bare; the facts carefully recorded, sometimes in type and often by hand.Beard used his photographs as a canvas onto which he superimposed multi-layered contact sheets, ephemera, found objects, newspaper clippings that are elaborately embellished with meticulous handwriting, old-master inspired drawings, and often swaths of animal blood used as paint.

In 2006, TASCHEN first published the book that has come to define his oeuvre, signed by the artist and published in two volumes. It sold out instantly and became a highly sought-after collector’s item. In the decade since, the monograph has been revived in two smaller versions; but sometimes, bigger is better. Now, the book you haven’t been able to get your hands on is available in onelarge-format volume.

Peter Beard (1938–2020) began taking photographs and keeping diaries from early childhood. By the time he graduated from Yale University, he had developed a keen interest in Africa. Throughout the 1960s and ’70s he worked in Tsavo Park, the Aberdares, and Lake Rudolf in Kenya’s northern frontier. A constant creator, Beard the chronicler photographed, wrote, drew, collaged, and assembled a history of his life experiences and our own.