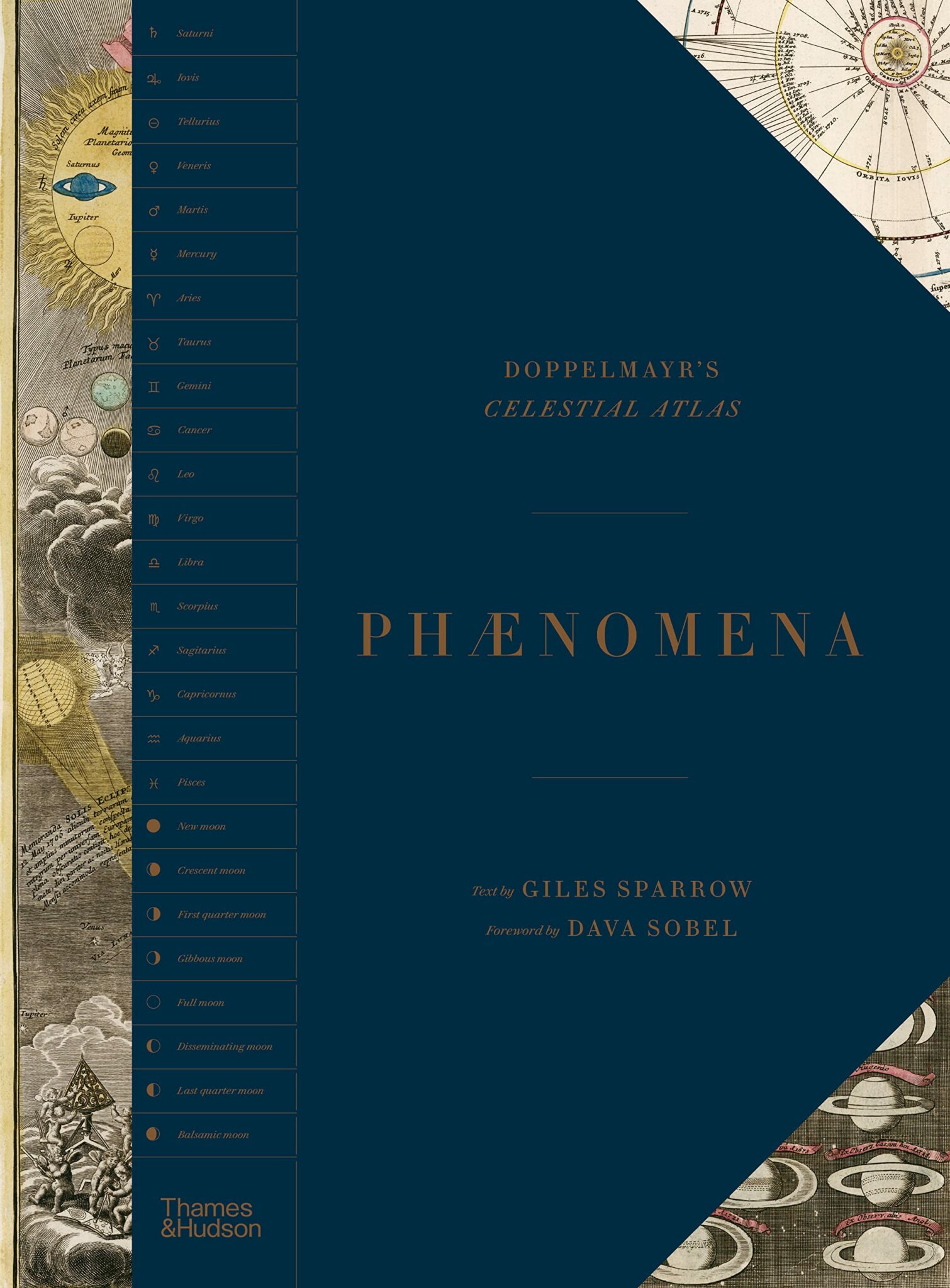 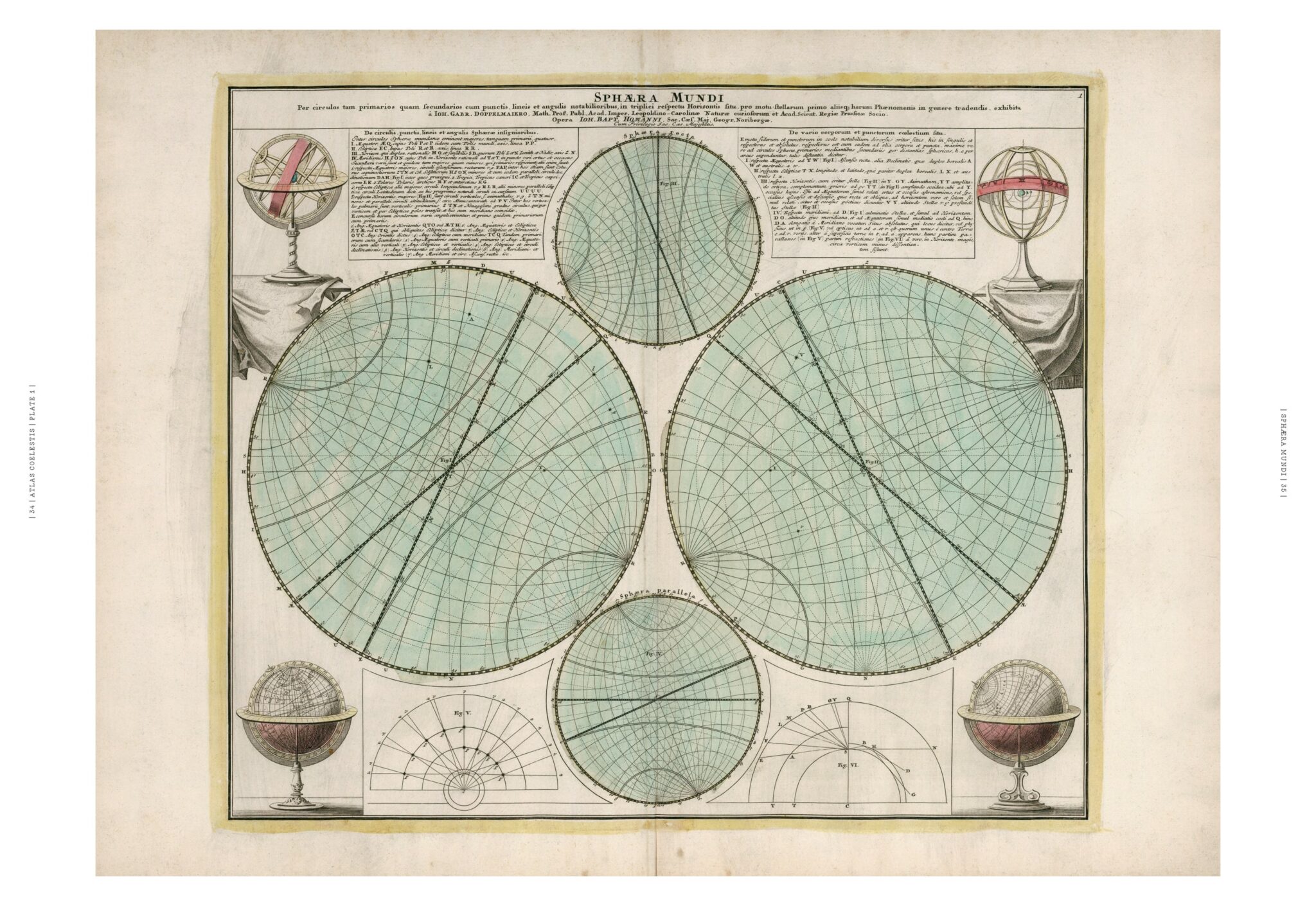 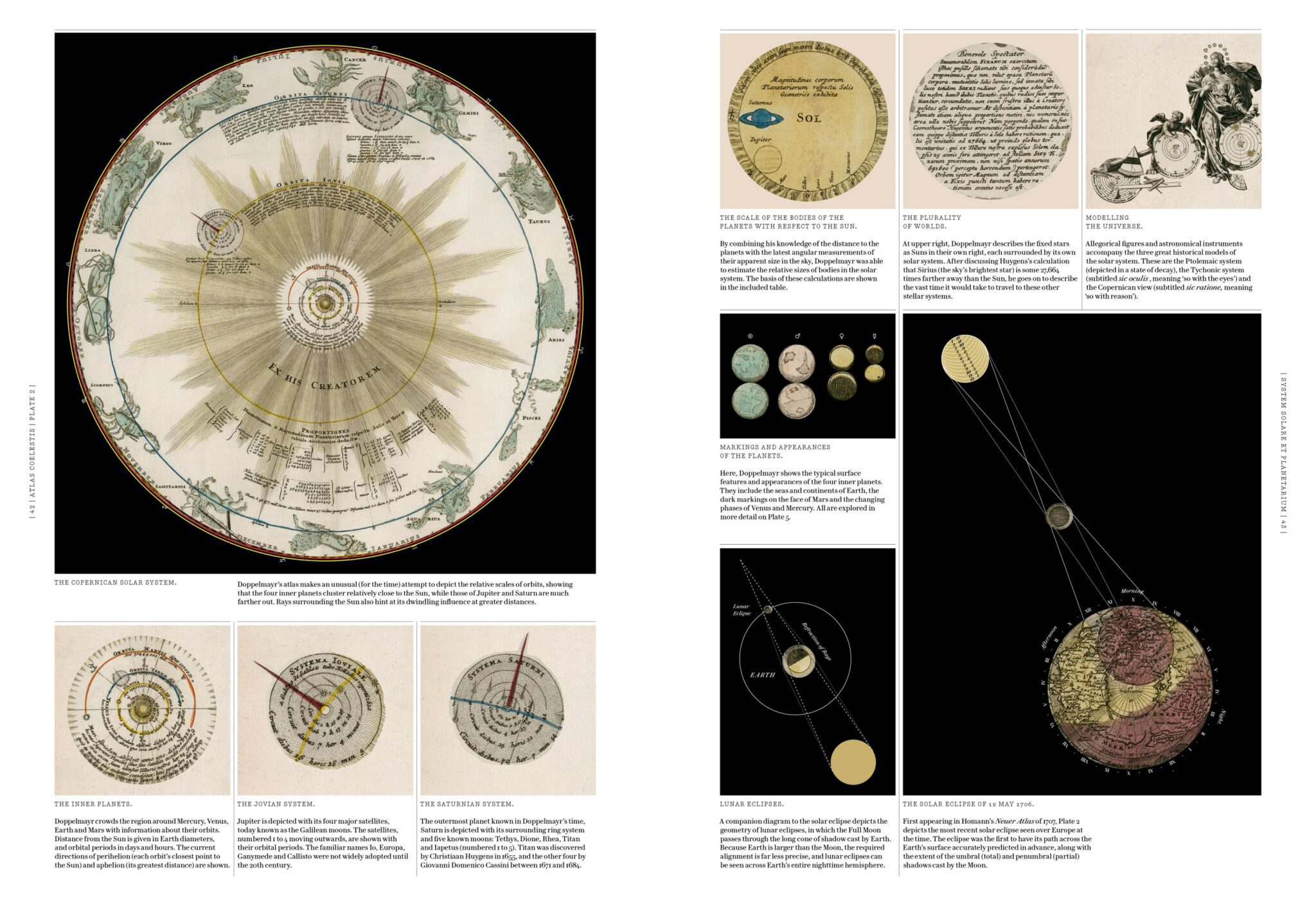 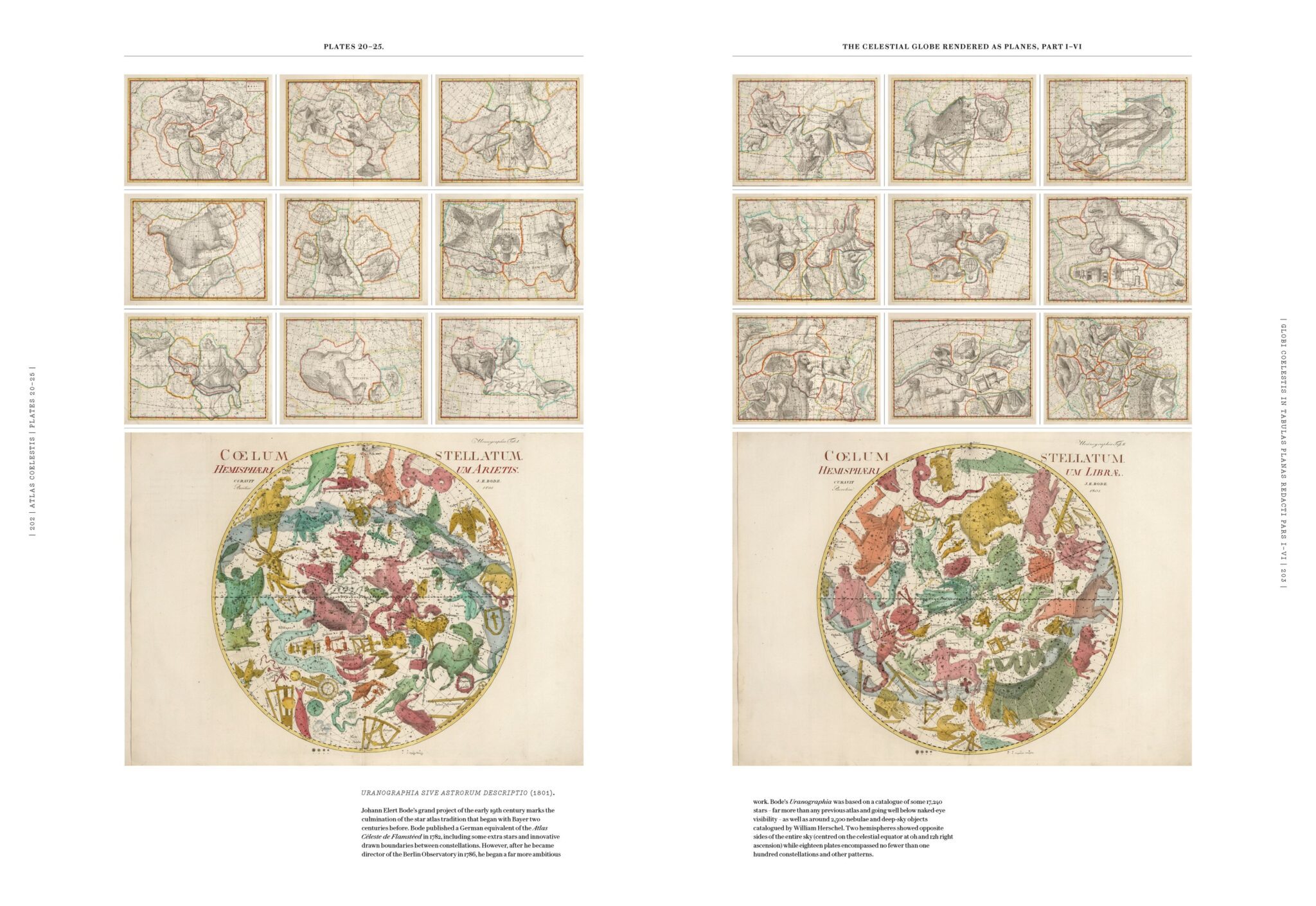 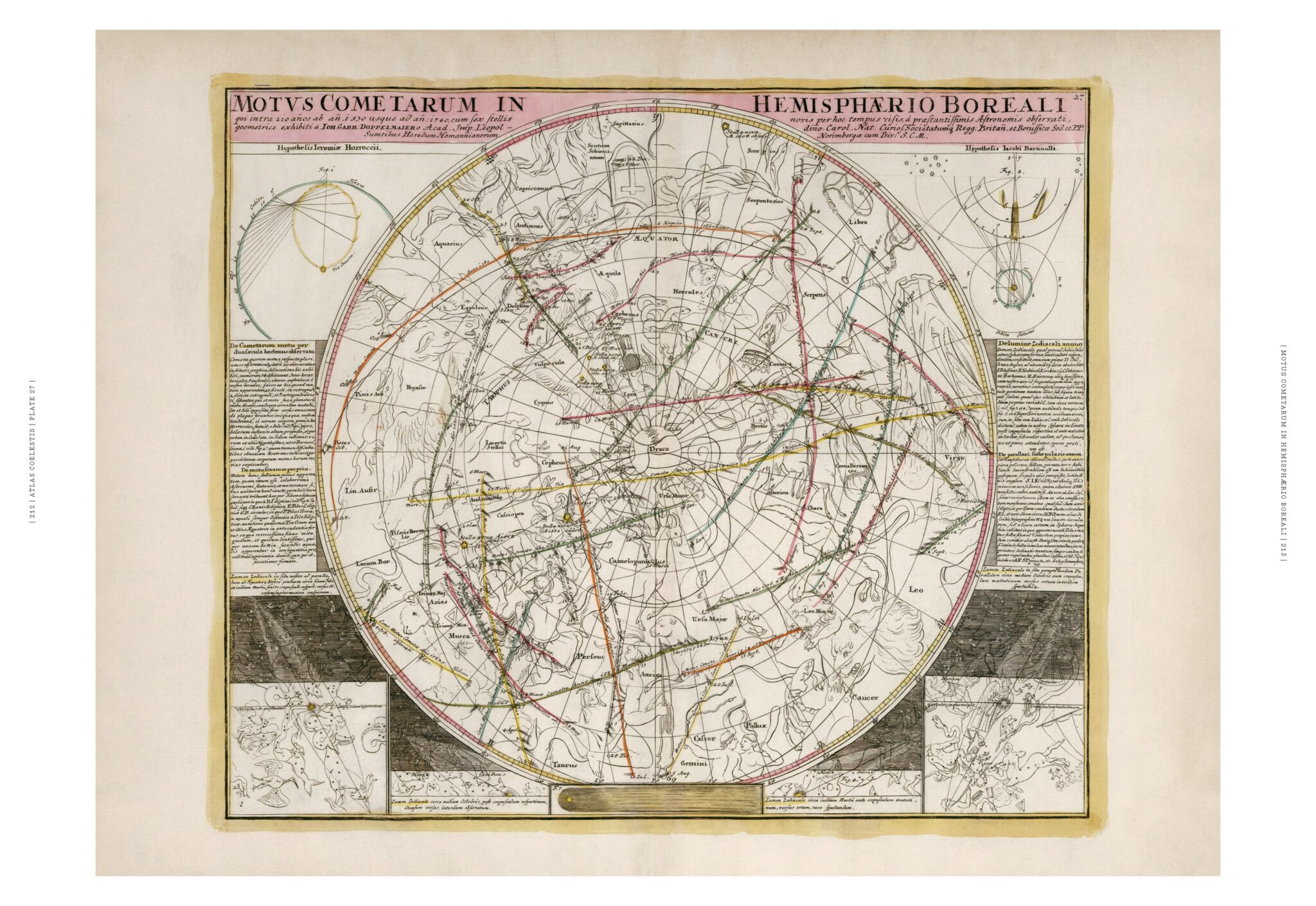 A beautiful showcase of Johann Doppelmayr’s magnificent Atlas Coelestis that deconstructs its intricately drawn plates and explores its influential ideas.

Showcasing Johann Doppelmayr’s magnificent 1742 map of the cosmos, Atlas Coelestis, this spectacular guide to the heavens is also a superb introduction to the fundamentals and history of astronomy.

Charting constellations, planets, comets and moons, Doppelmayr’s Atlas presents the ideas and discoveries of many famous and influential astronomers, including Copernicus, Riccioli, Kepler, Newton and Halley, in intricate colour plates that interweave annotated diagrams and tables with figurative drawings and ornamental features. Here, you can appreciate the beauty of those exquisite astronomical and cosmographical plates and comprehend the details, which are also presented in step-by-step deconstructed form. Astronomer Giles Sparrow elucidates the scientific ideas inherent in each plate, expertly decoding and analysing the complex information contained in them and placing Doppelmayr’s sumptuous Atlas in the context of the ground-breaking discoveries made during the Renaissance and Enlightenment periods.

A spectacular, revelatory celestial compendium to the cosmos, Phaenomena expands on and explains Doppelmayr’s original, awe-inspiring Atlas and reflects upon its influence on the development of the science of astronomy to the present day.