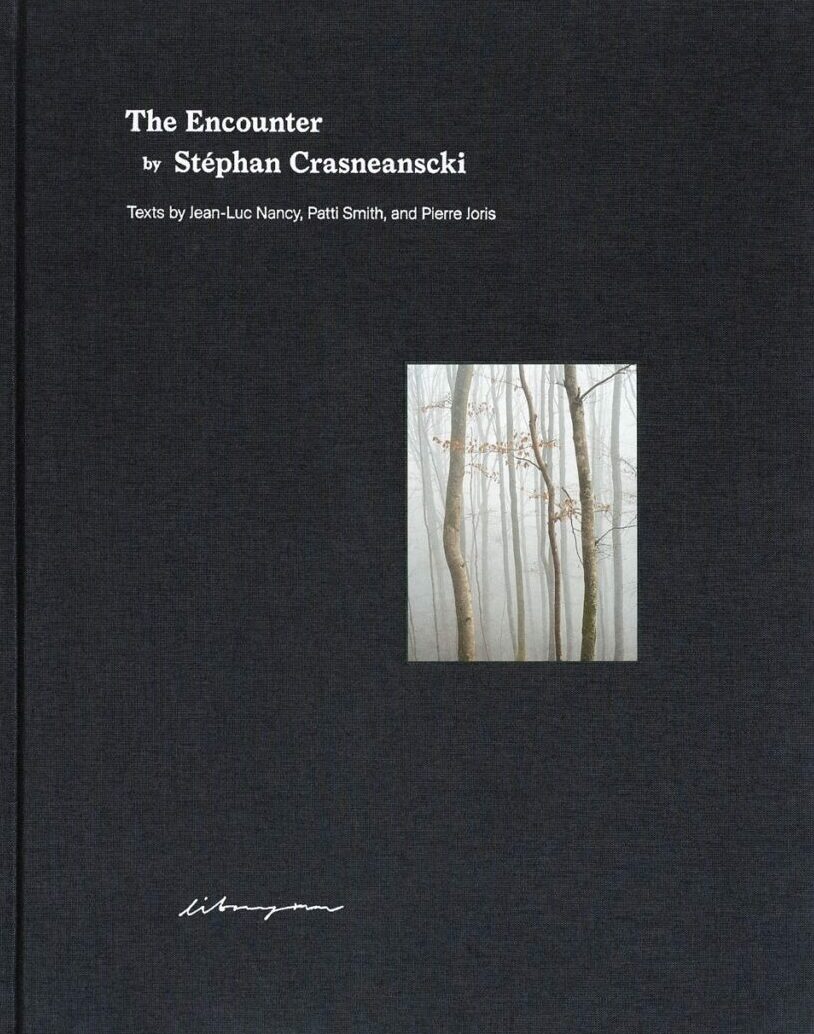 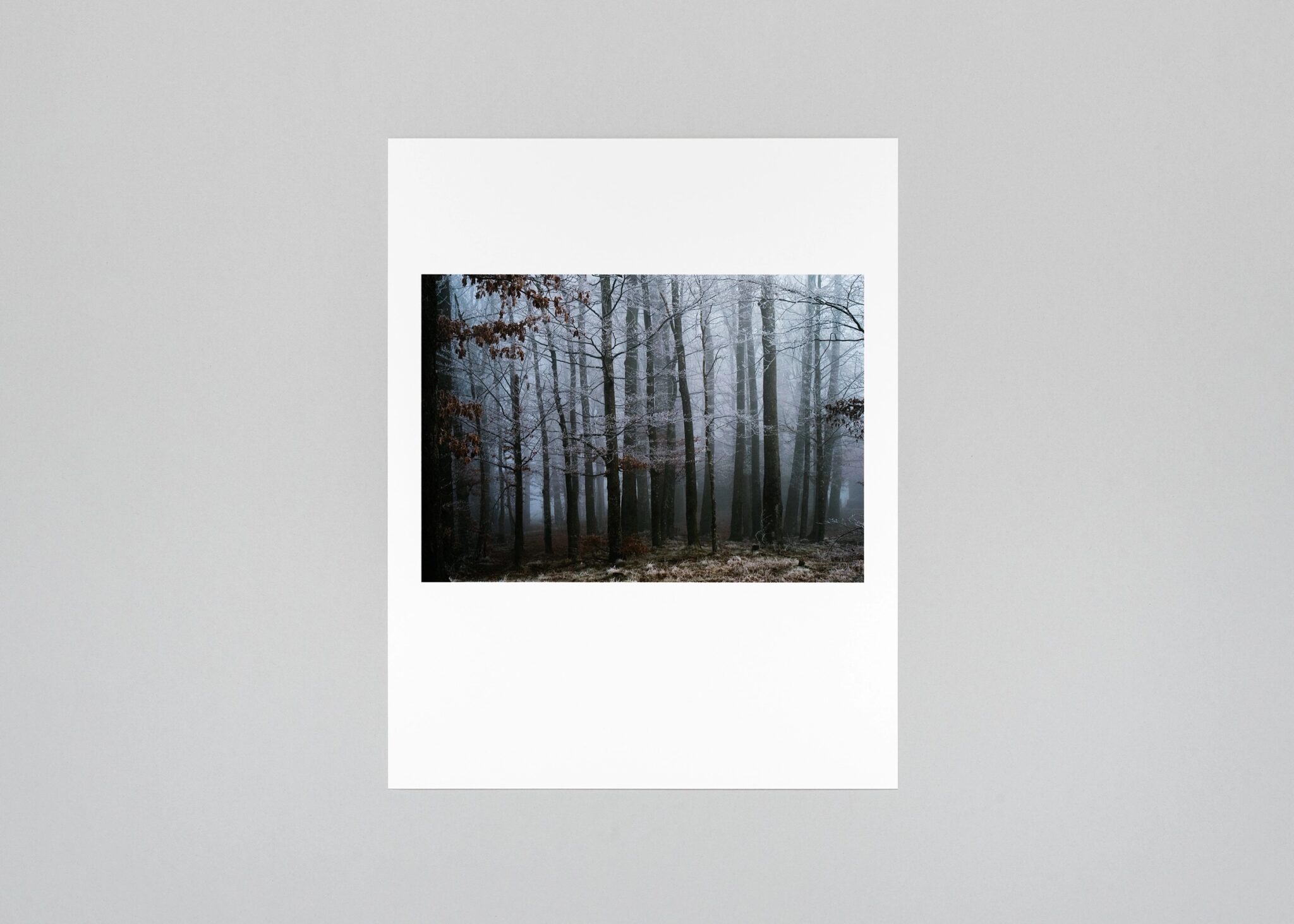 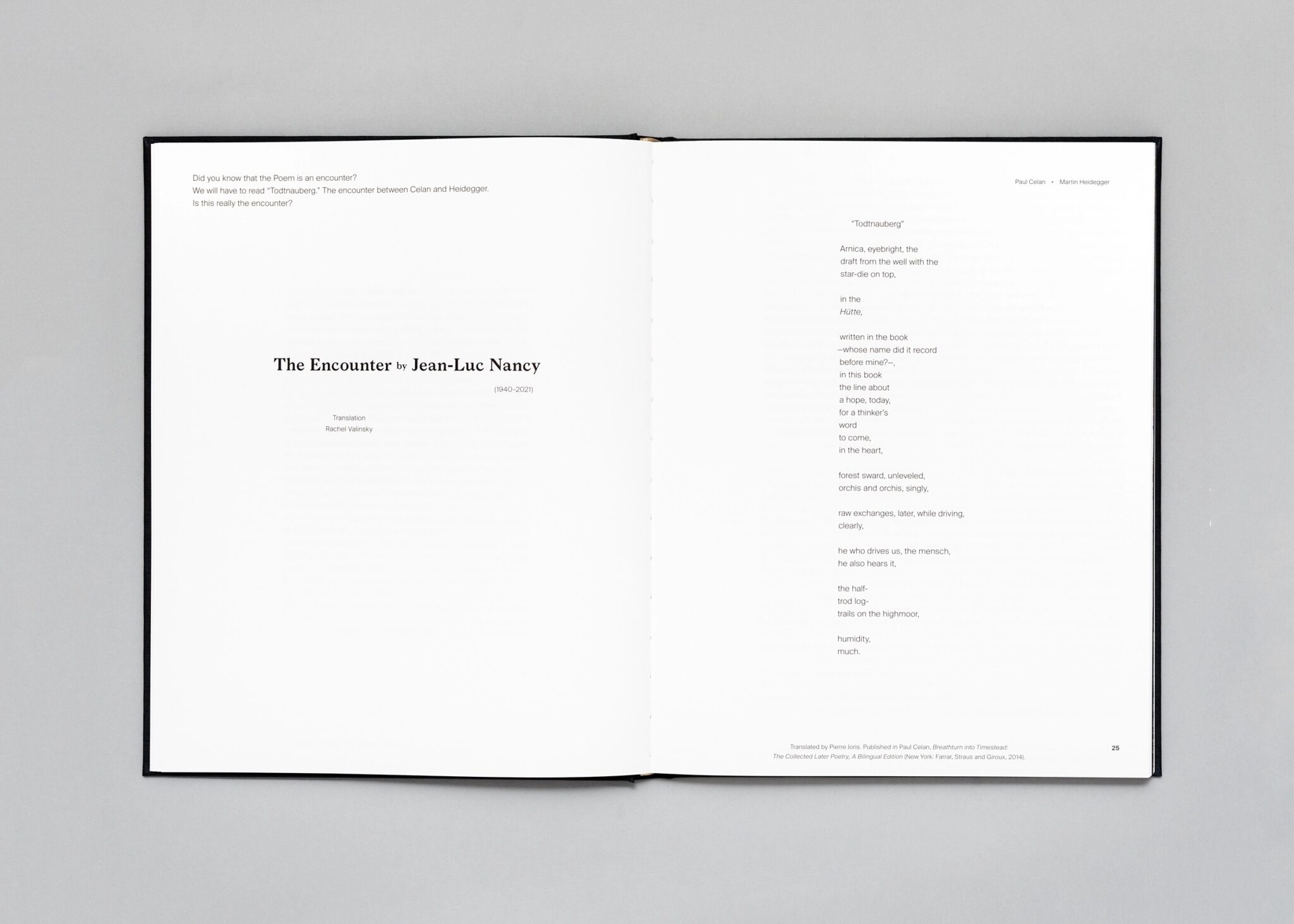 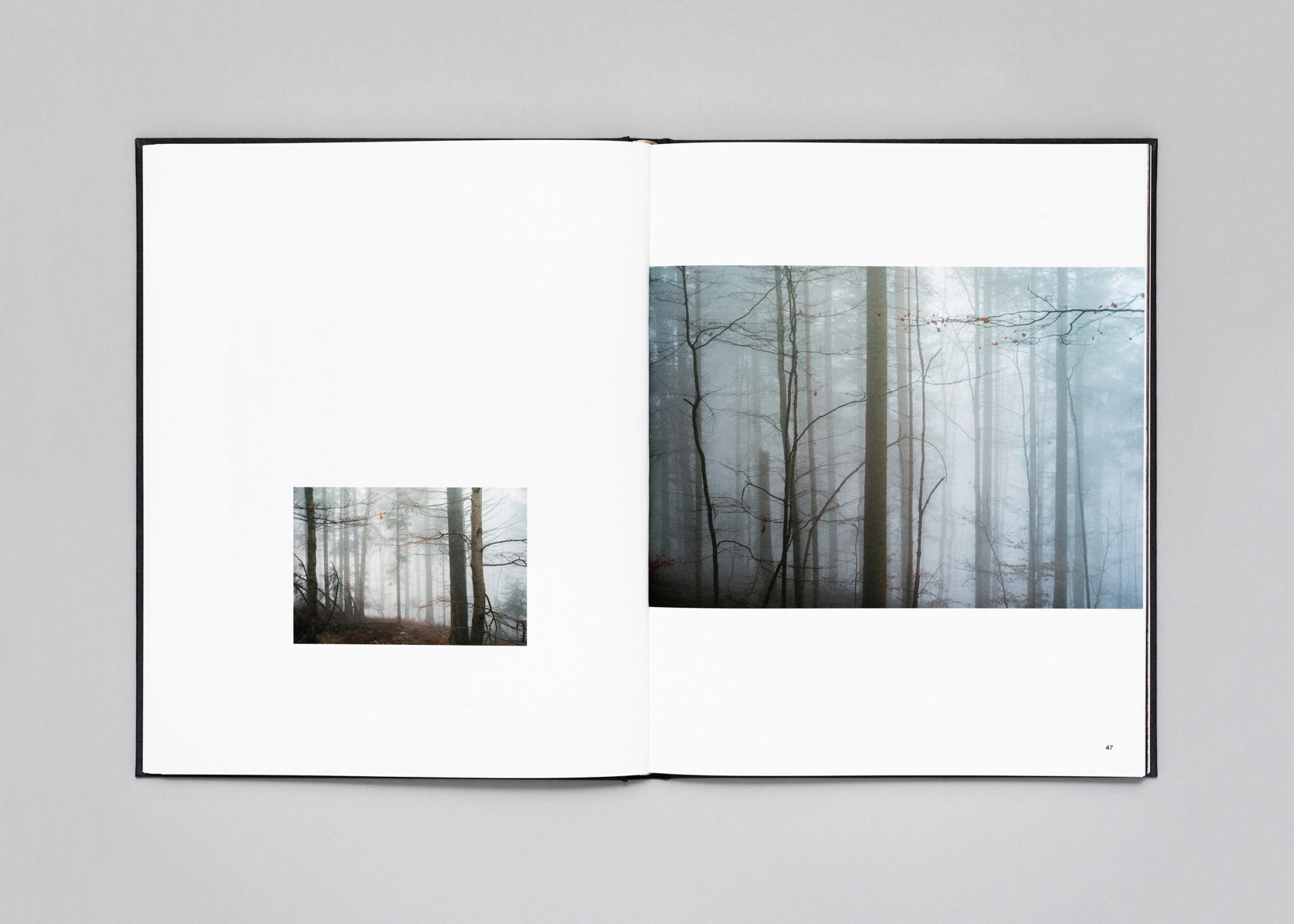 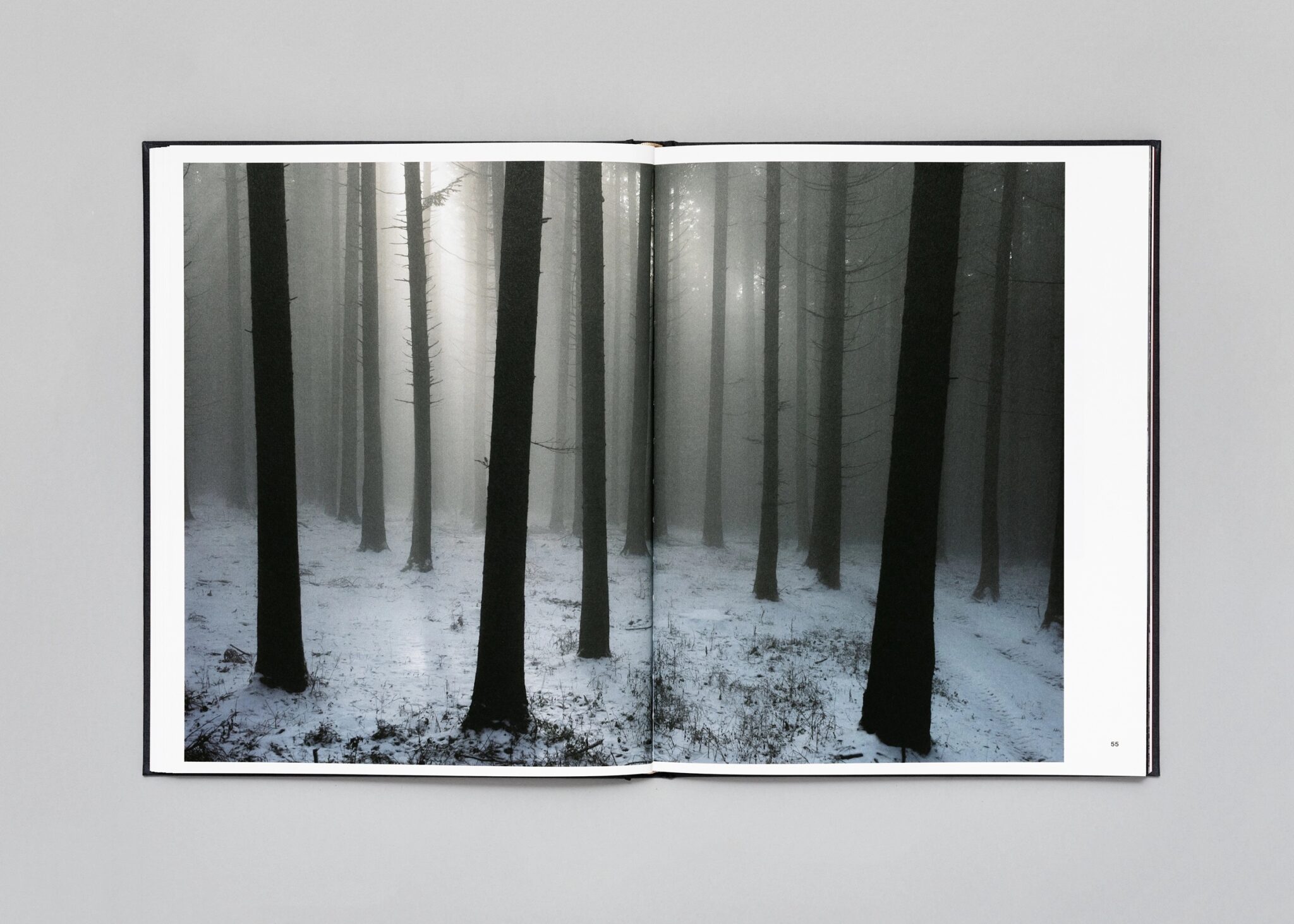 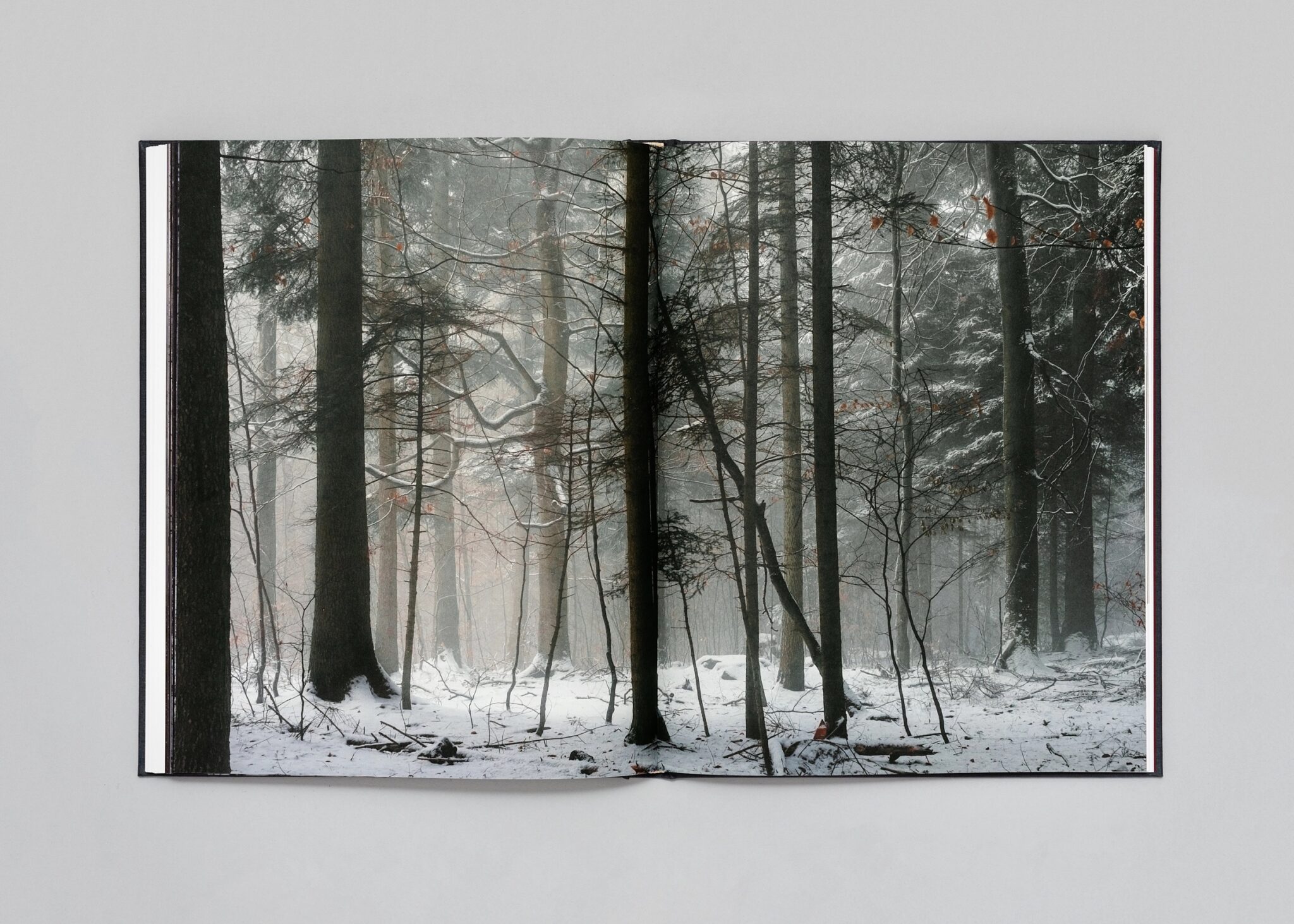 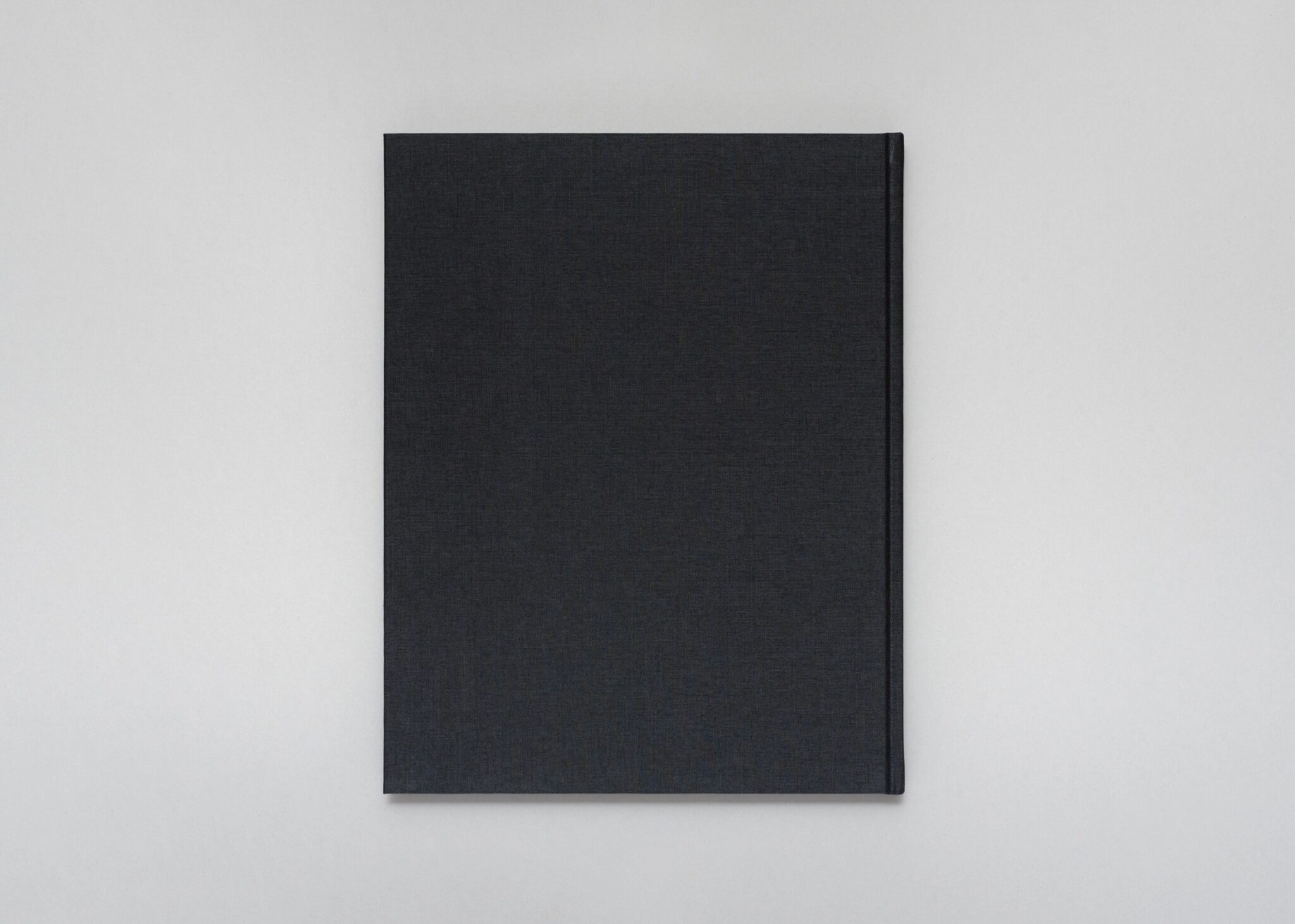 There are no photographs, no testimonies, no recordings of poet Paul Celan’s1 encounter with philosopher Martin Heidegger2 in the German village of Todtnauberg in Schwarzwald (Black Forest) in 1967. Only Celan’s poem remains, along with the possibility of an endless narrative. Endless because everything was to prevent from such a meeting between the German philosopher who tied himself to the Nazi party in 1933 and the Jewish poet who was imprisoned in a work camp and made orphan by the war. And yet on July 24th, 1967, they were brought together to give a poetry lecture in Freiburg which was followed by a private invitation of Heidegger to his hut in Todtnauberg.

This meeting was the subject of the radio play, The Encounter, created by sound artist and photographer Stéphan Crasneanscki and the late philosopher Jean-Luc Nancy for the public radio channel France Culture. Crasneanscki and Nancy’s anthropophonic collaboration extends beyond Strasbourg and the Black Forest, the locations which Stéphan Crasneanscki travels to regularly since childhood. He walked along the paths to nowhere that Celan and Heidegger had first traversed and retraced a topography of their encounter; of distance and wandering, by fixing the immobile silhouettes of the trees. To the absence of voice, Nancy tirelessly responded with his own. A visual and sonic correspondence emerged, which is mirrored and transcribed for the first time in this volume, with commentaries by Pierre Joris and Patti Smith.

The book contains a foreword by poet, essayist and anthologist Pierre Joris (b. 1946, French, Luxembourg-American), a preface by Stéphan Crasneanscki (b. 1969, French), a text by musician, author and poet Patti Smith (b. 1946, American) and an excerpt and an essay by philosopher Jean-Luc Nancy (b. 1940, d. 2021, French).