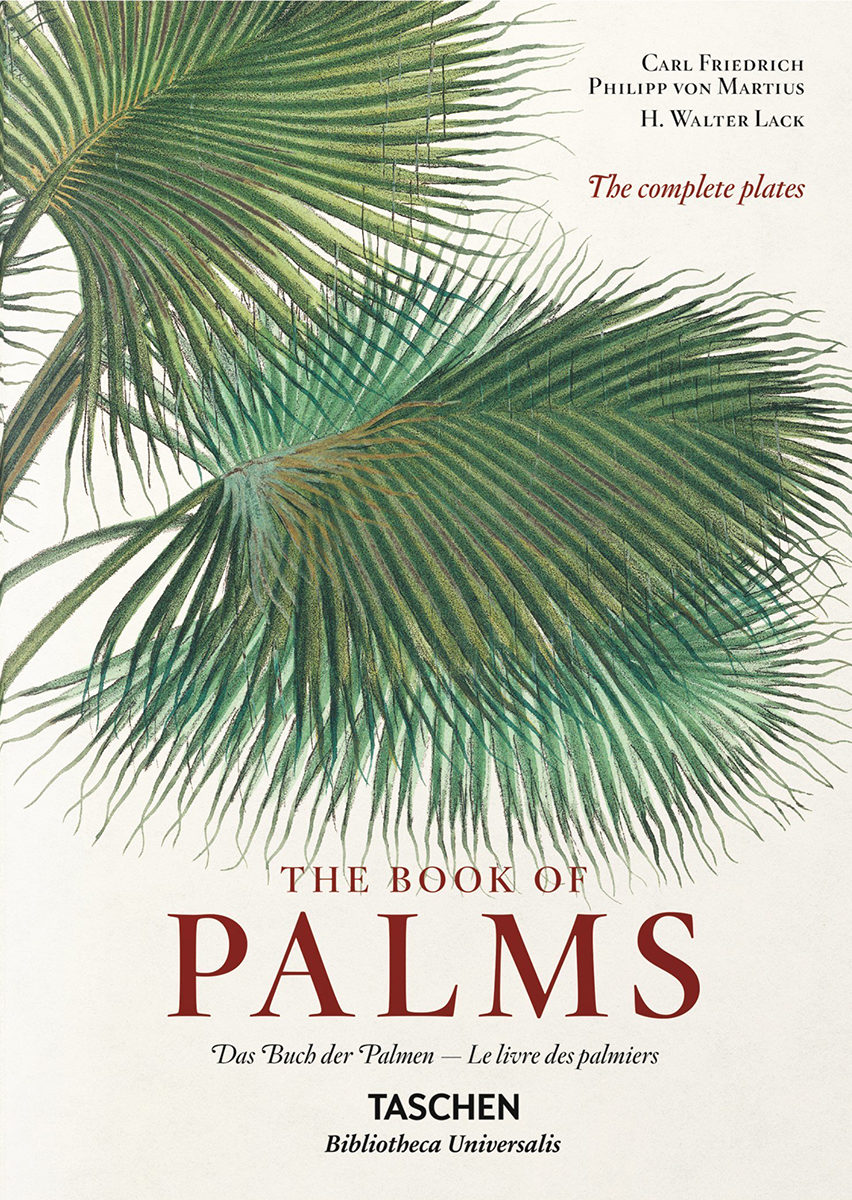 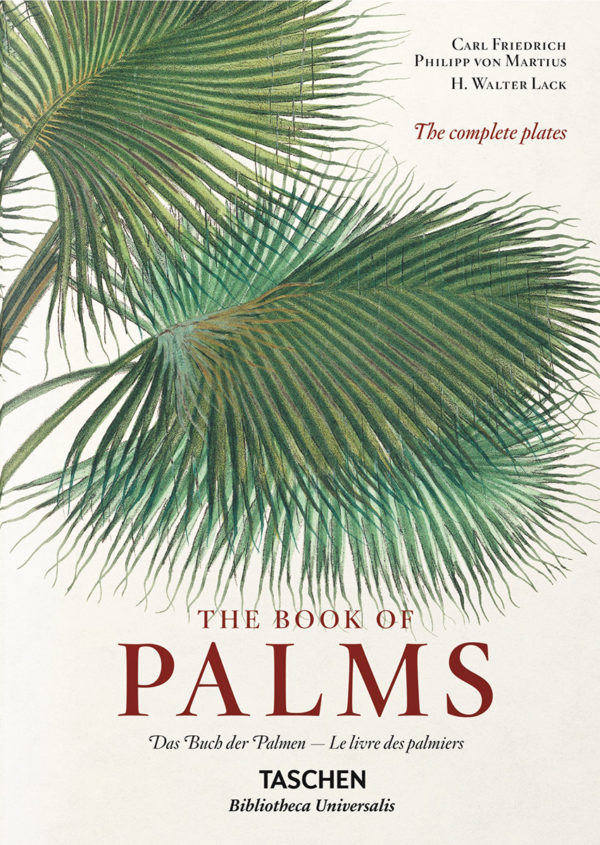 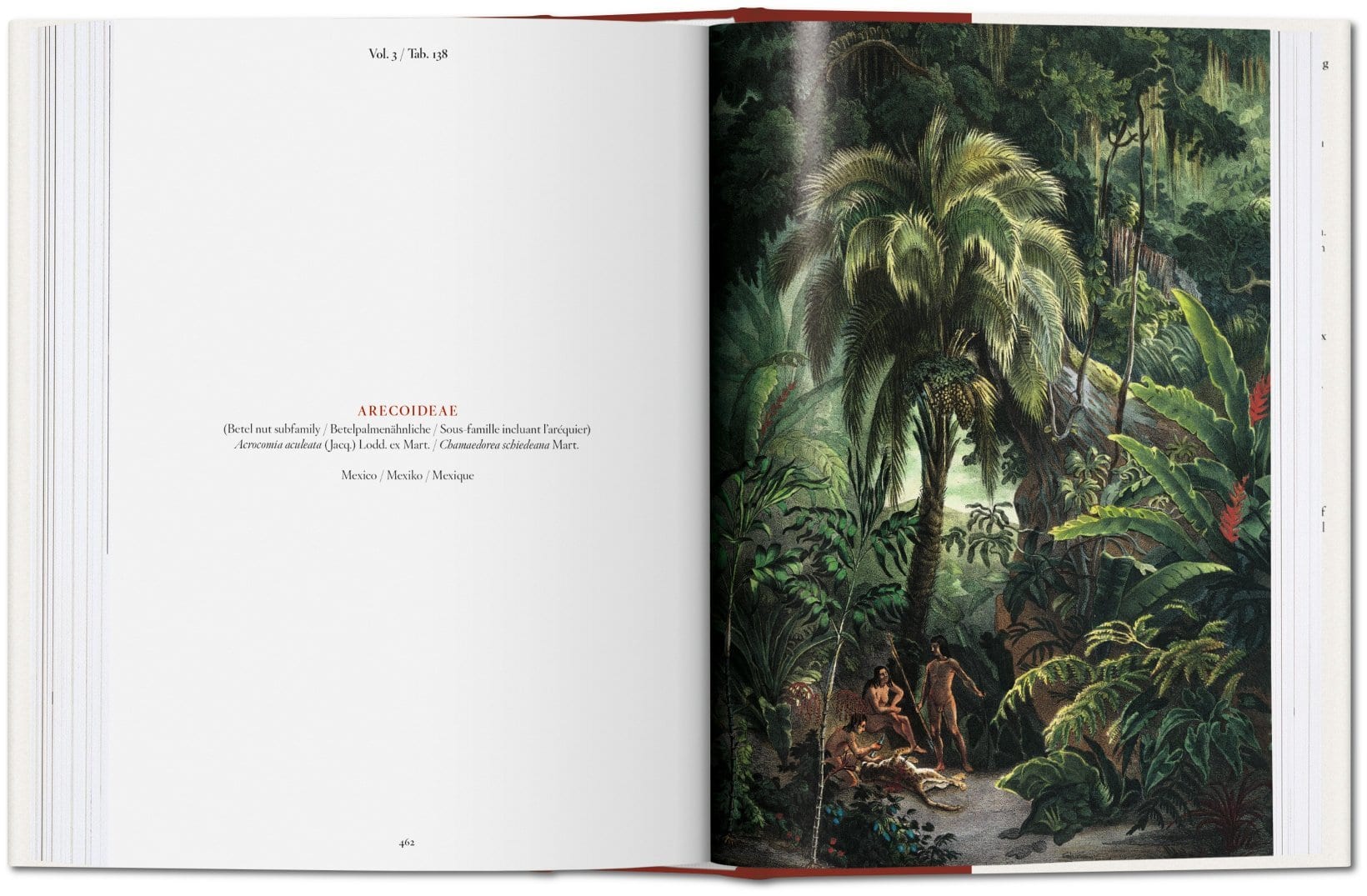 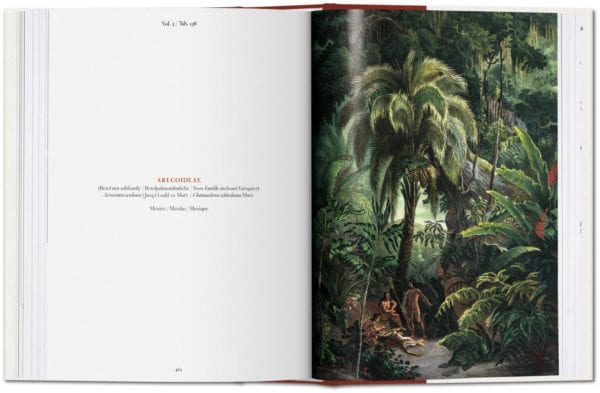 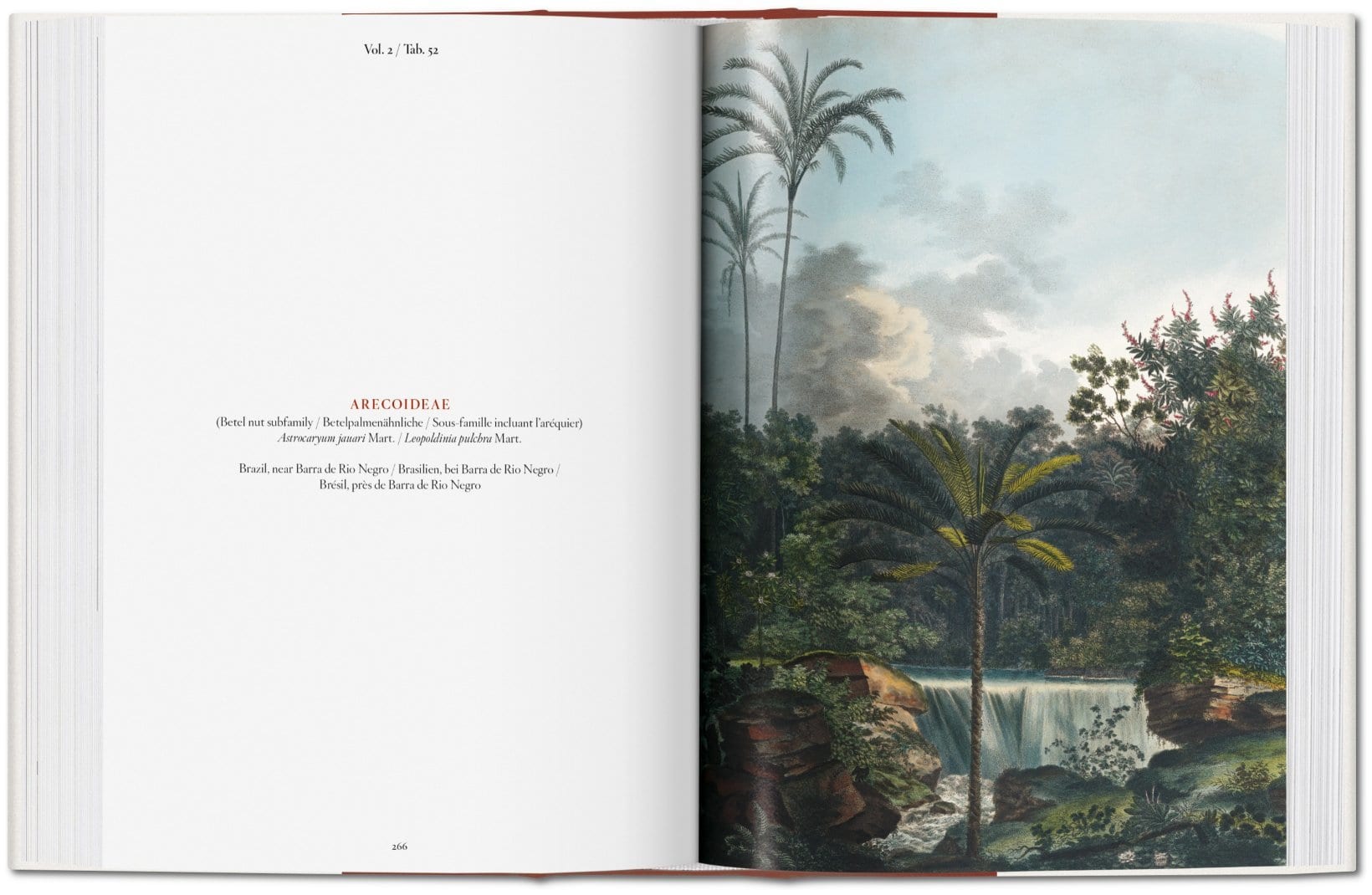 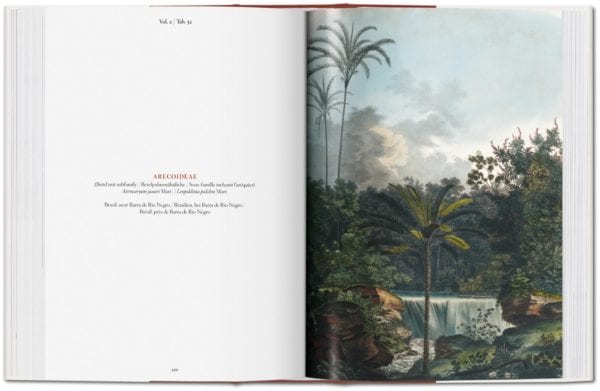 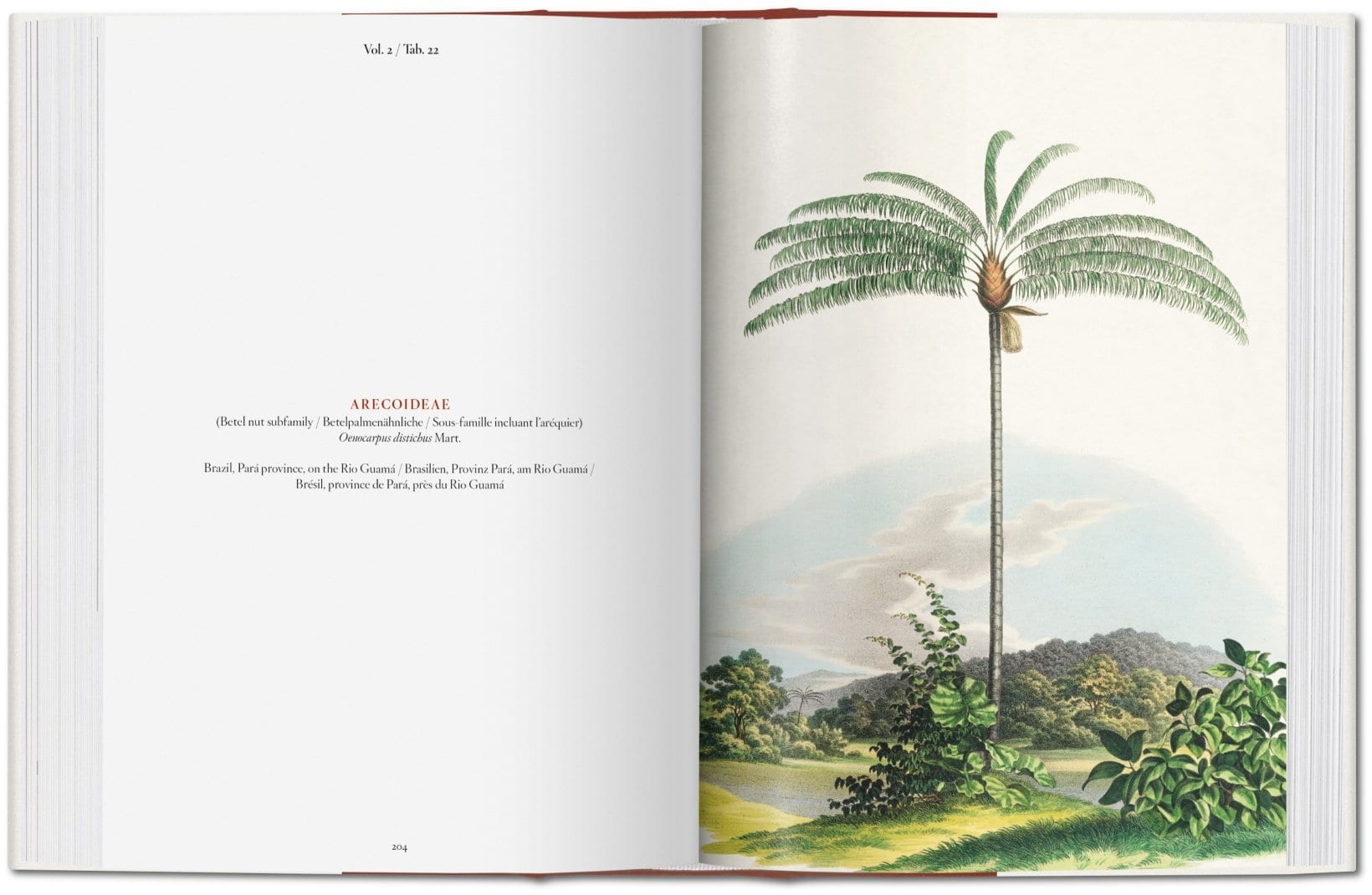 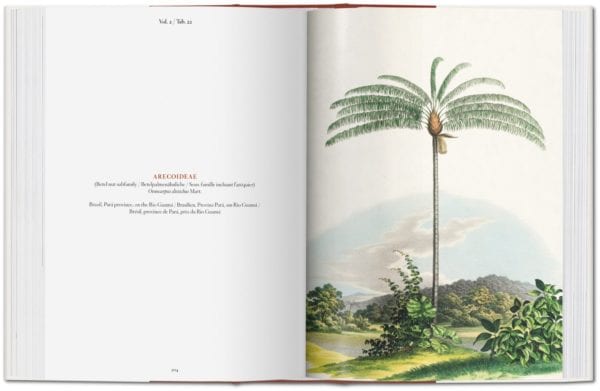 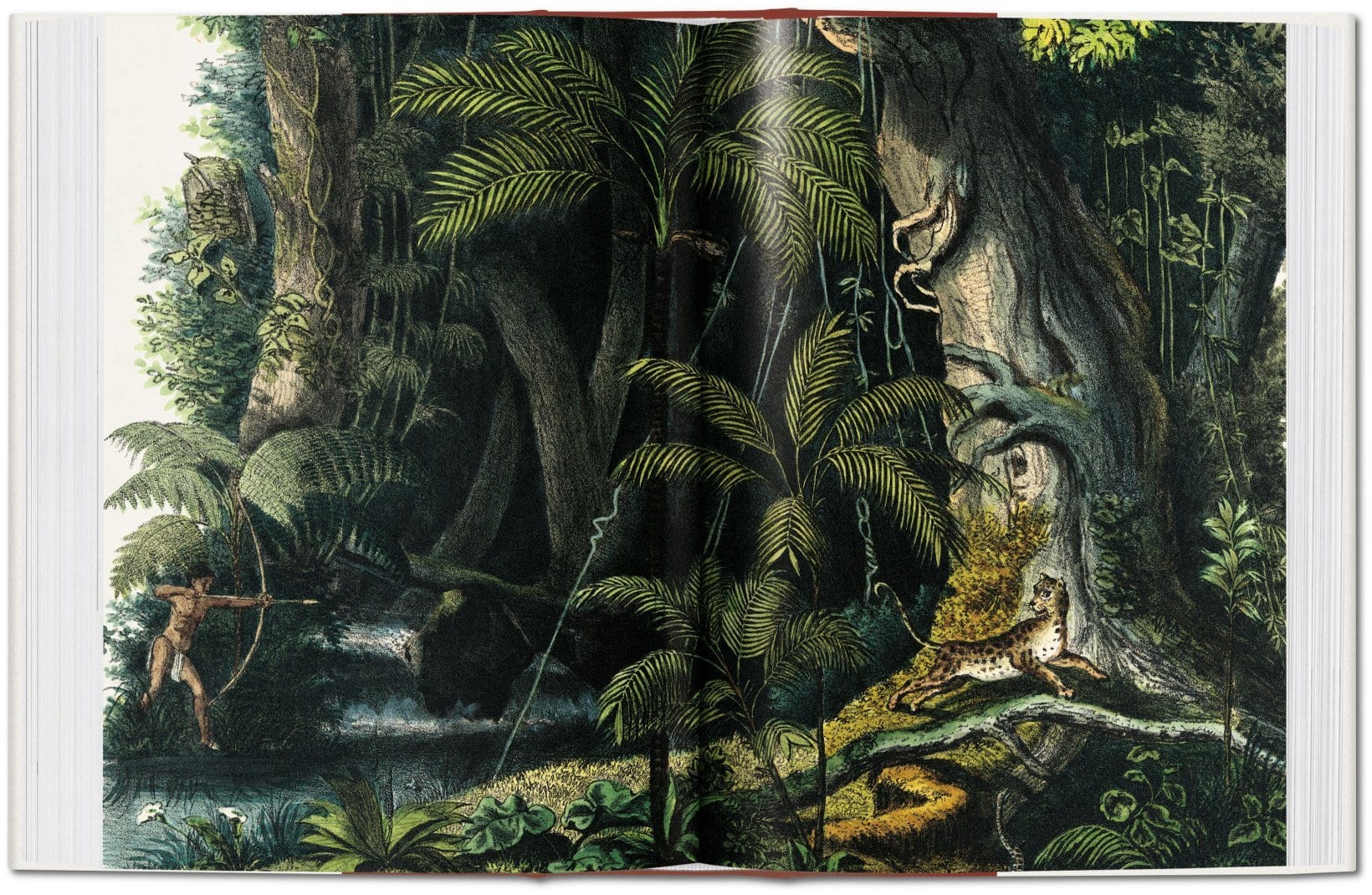 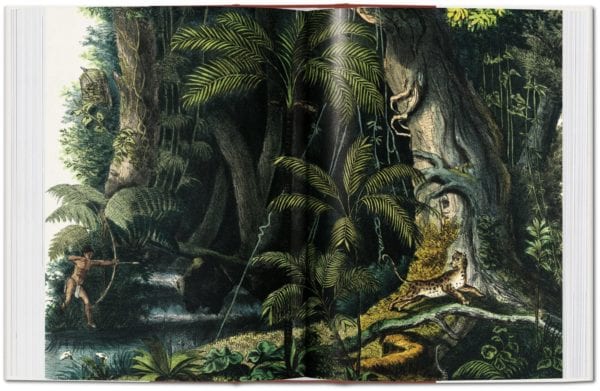 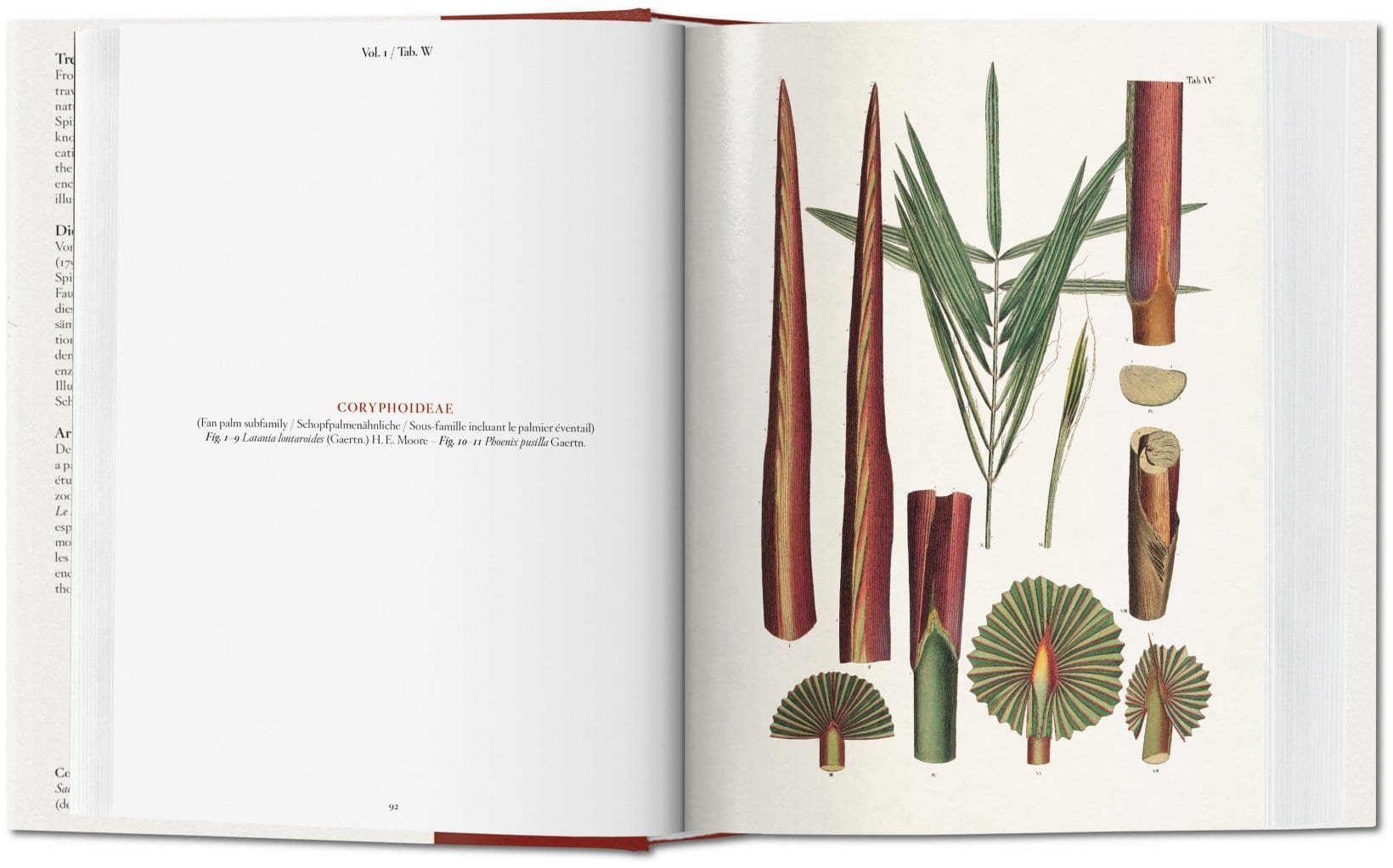 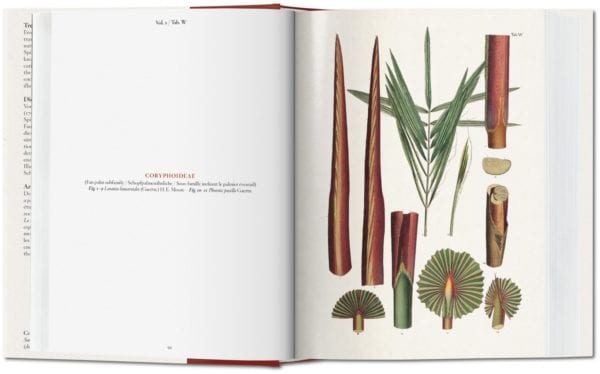 The Book of Palms XL

On December 15, 1868, Carl Friedrich Philipp von Martius (1794–1868), Professor of Botany at the University of Munich and director of the Royal Botanic Garden, was carried to his grave in a coffin covered with fresh palm leaves. These were a reference to his groundbreaking Historia naturalis palmarum: opus tripartitum (Natural History of Palms: a work in three volumes), published between 1823 and 1853. At the time, this encyclopedic treasury contained the sum of human knowledge on the topic, and included 240 exquisite chromolithographic illustrations, including landscape views of palm habitats and botanical dissections.

In his epic work, von Martius outlined the modern classification of palm, produced the first maps of palm biogeography, described all the palms of Brazil, and collated the sum of all known genera of the palm family. Apart from his own collection of specimens and notes, von Martius also wrote about the findings of others. Von Martius’s folio is unusual in its inclusion of cross-sectioned diagrams, conveying the architecture of these mighty trees, which central Europeans would have found hard to imagine accurately. Equally remarkable are the color landscapes showing various palms—often standing alone—which have a simple and elegant beauty. This famous work is an unrivaled landmark in botanic illustration and taxonomy.