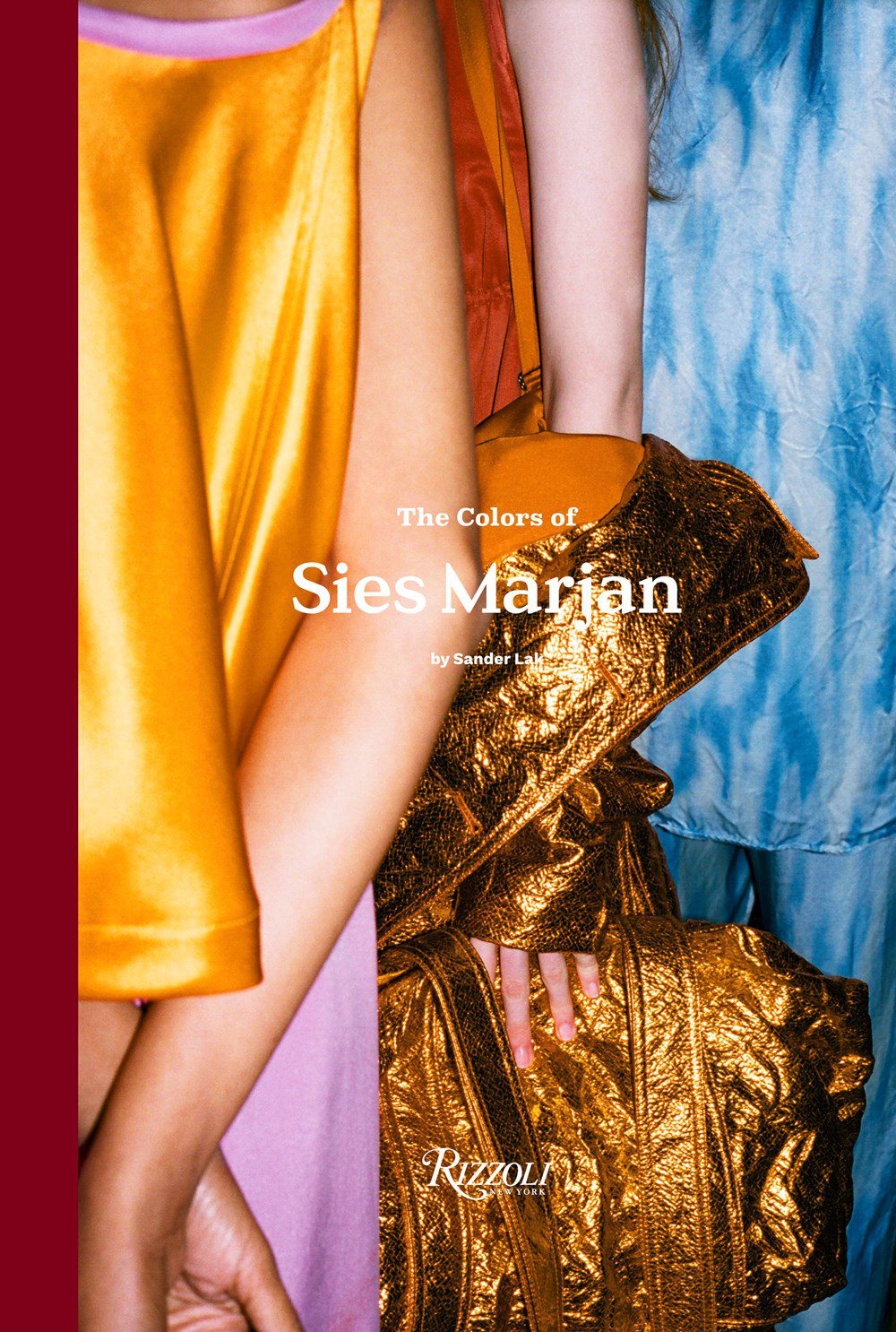 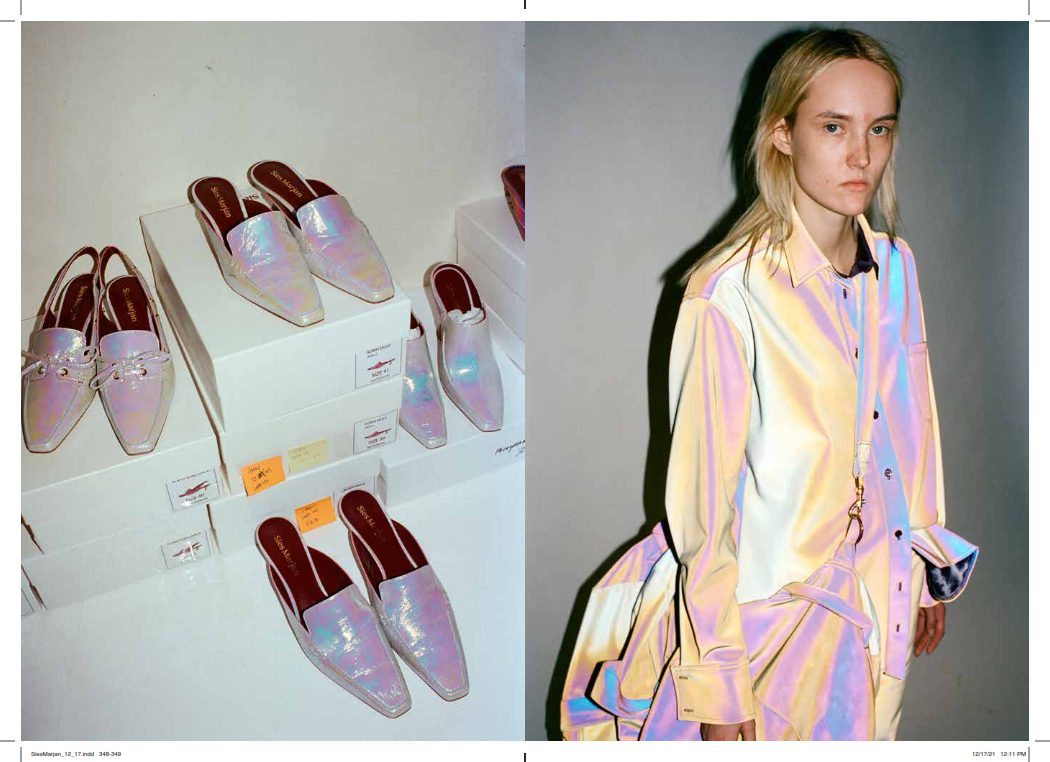 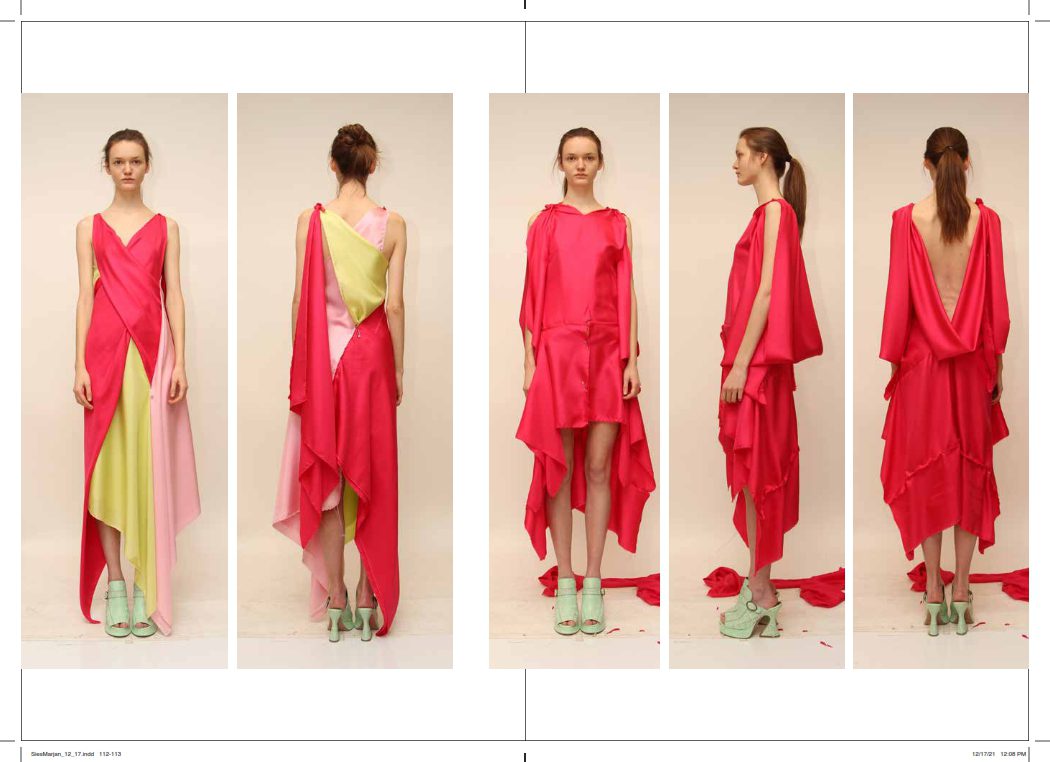 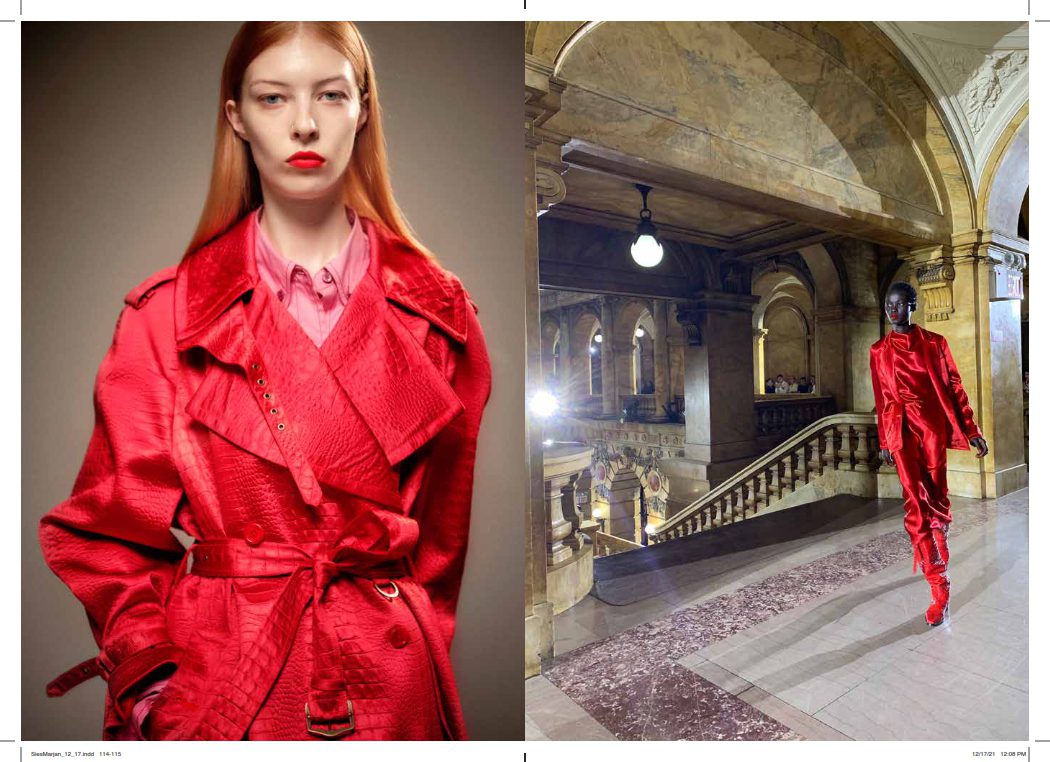 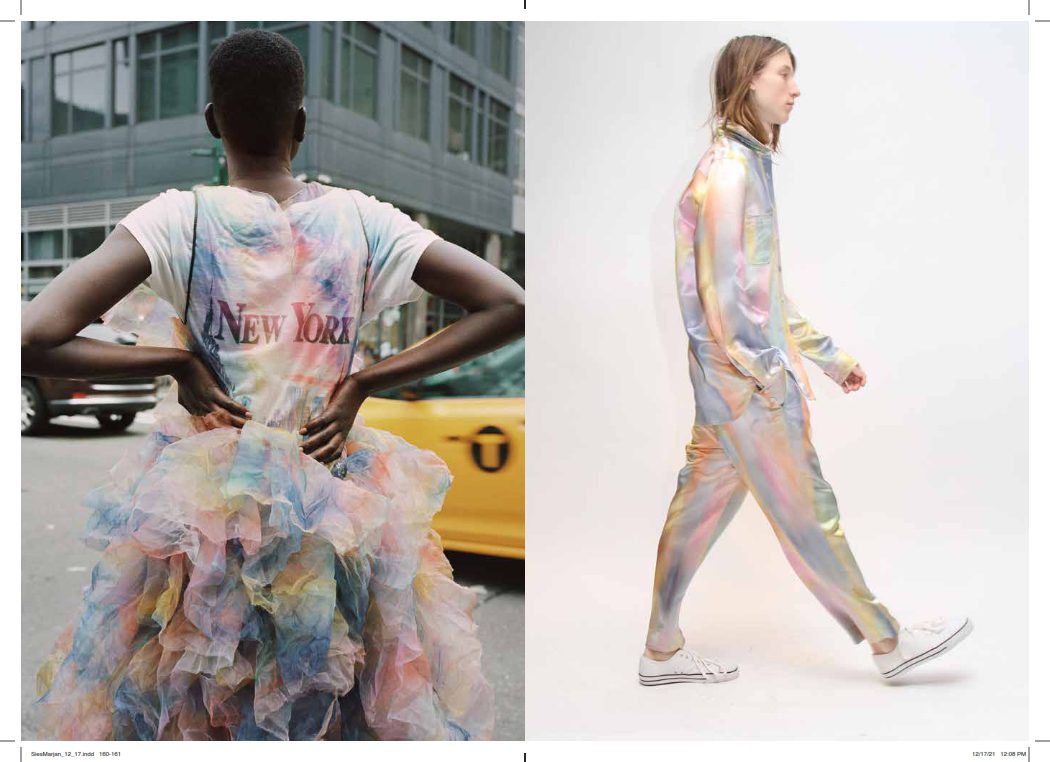 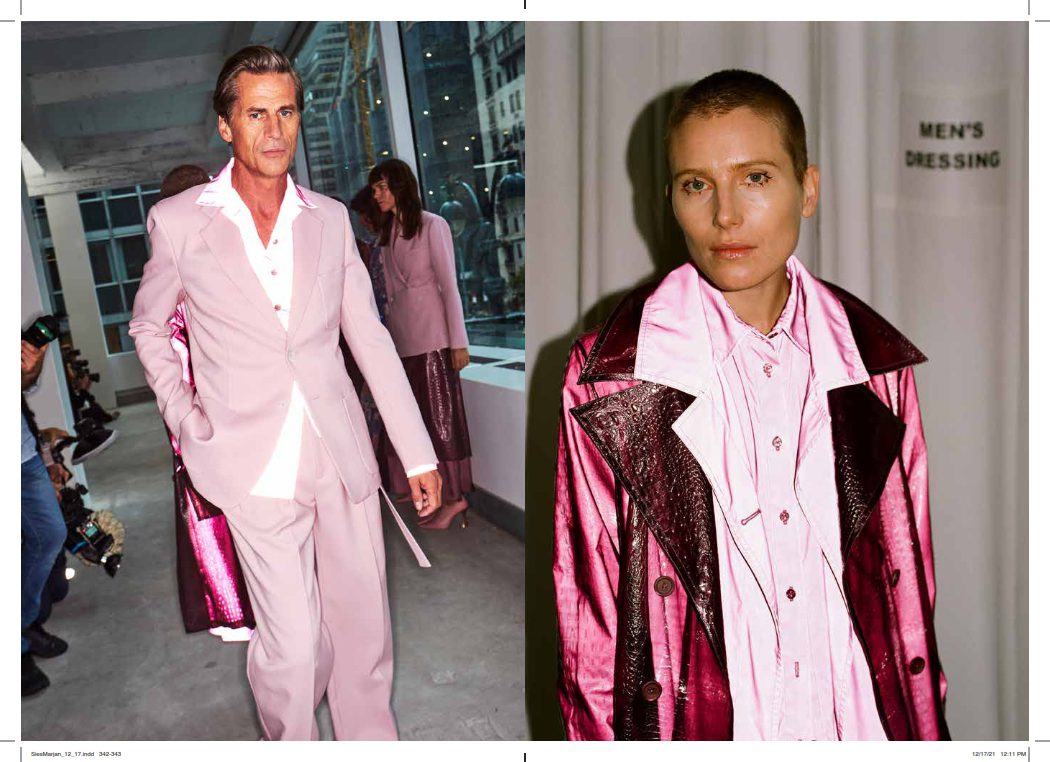 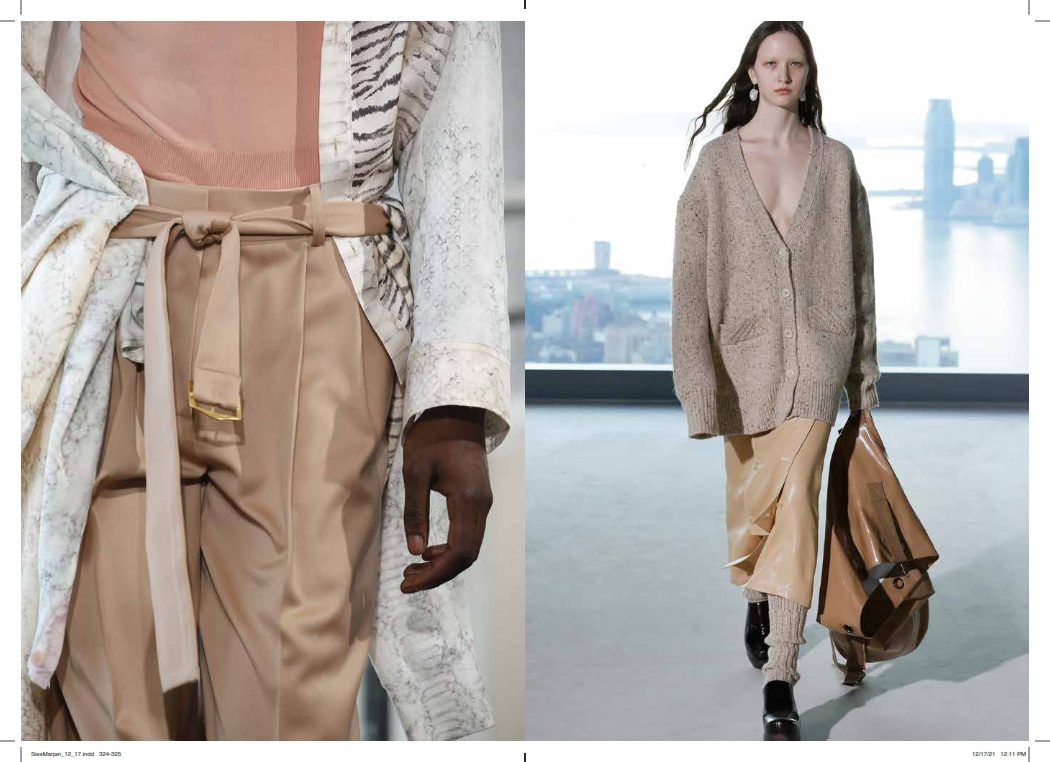 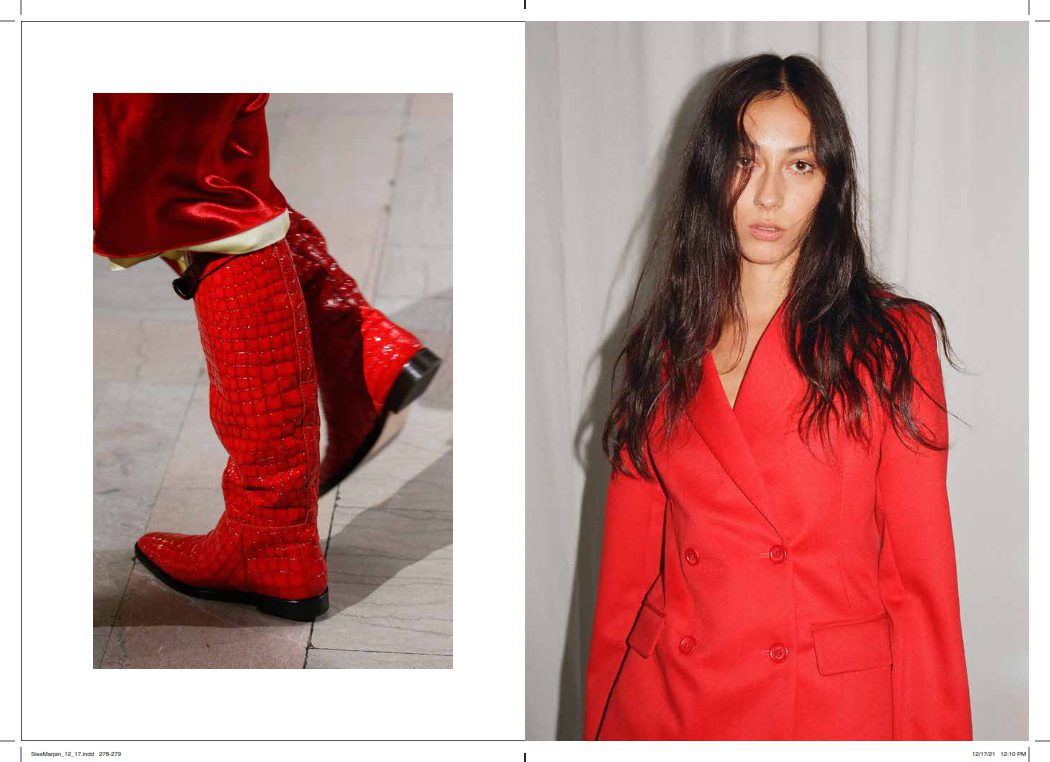 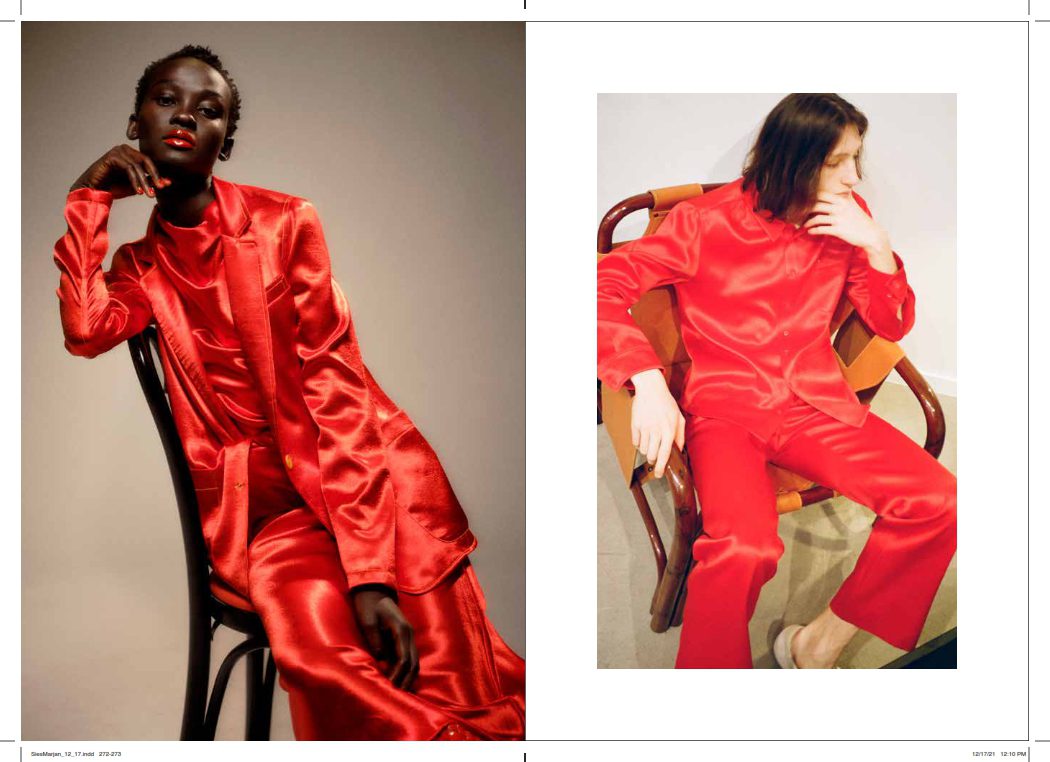 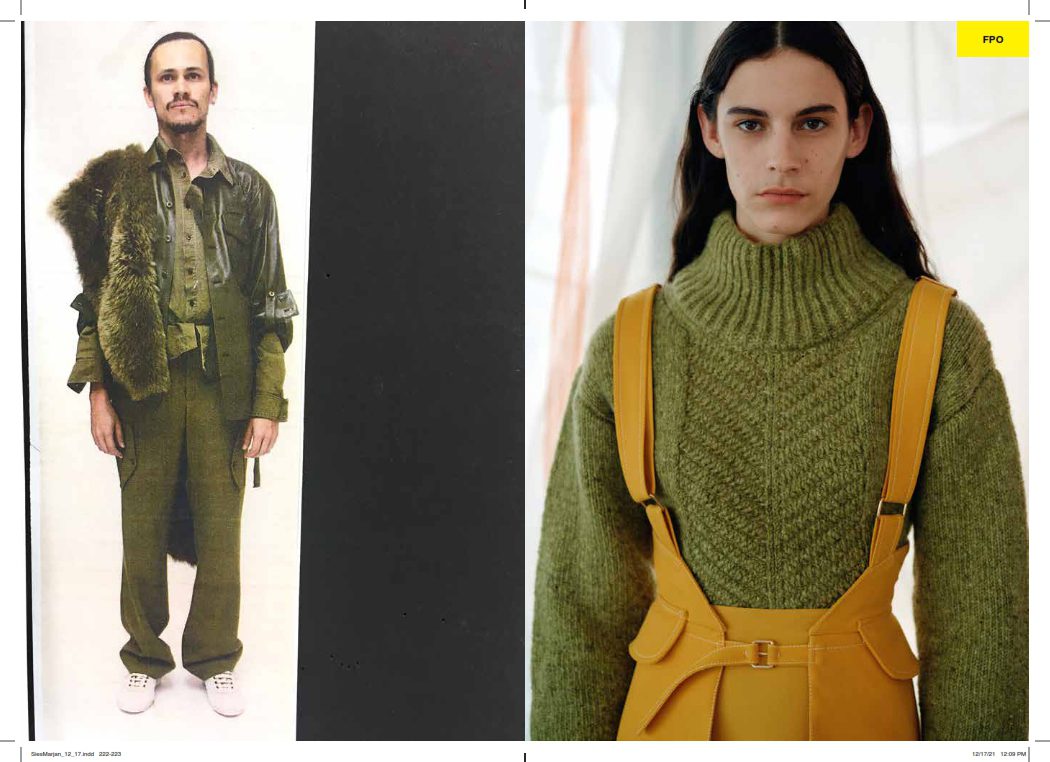 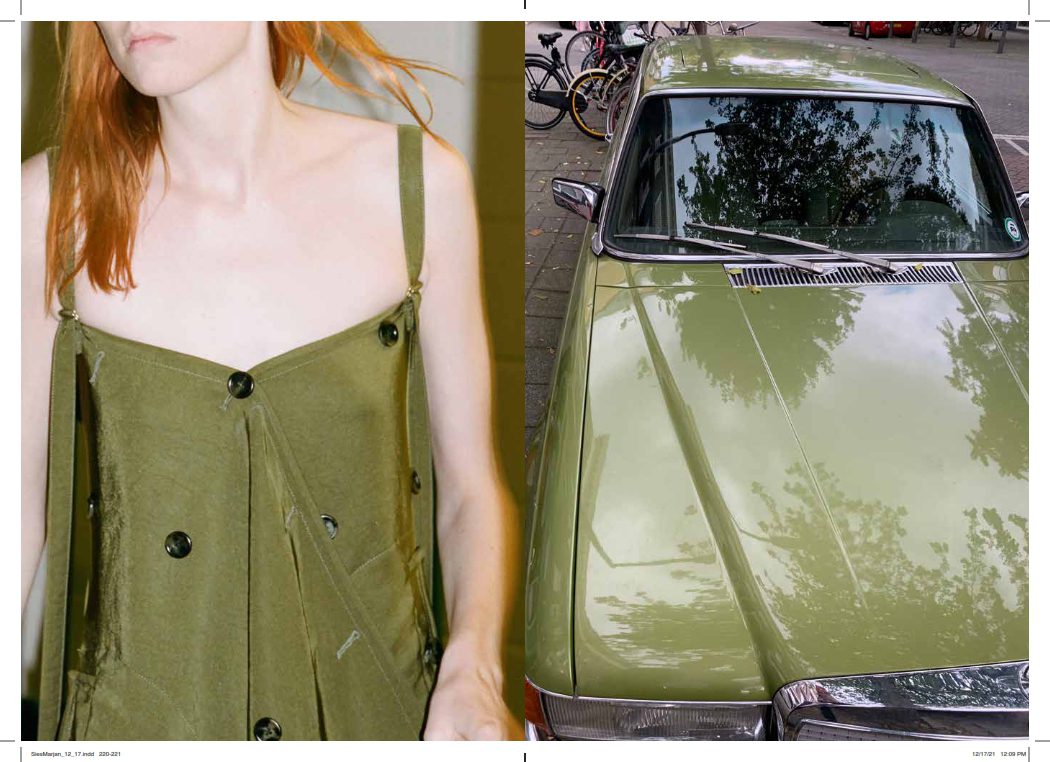 The Colors of Sies Marjan

Known for its evocative use of color, proportion, and subversive fabrication, the New York–based fashion house Sies Marjan, founded in 2016 by Dutch creative director Sander Lak, had a brief but influential life. Although it shut its doors in 2020, Sies Marjan made a permanent mark on the fashion scene. Pieces were characterized by luxurious construction, the signature use of shining, jewel-toned hues, and effortlessly cool appeal—the house’s pastel coats, thrown over T-shirts, are still regularly seen in downtown New York. Since its founding, Sies Marjan has garnered a devoted fan base and praise from notable critics, celebrities, and fans alike in a city known for its endless affection for a darker palette.

Rejecting the chronologies and seasonality of the typical fashion compendium, this exhaustive, richly illustrated volume is organized purely by color. The trajectory through the color spectrum traces the journey through the blazing life of the brand. Images featured within range from previously unpublished looks from iconic runway shows, and ad campaigns to found objects that reveal the inspiration behind the creation of these luxurious, chromatic garments. The flow of color is punctuated by a number of interviews and reflections from Marc Jacobs, Donna Tartt, Isabella Rossellini, Rem Koolhaas, Hanya Yanagihara, and others.