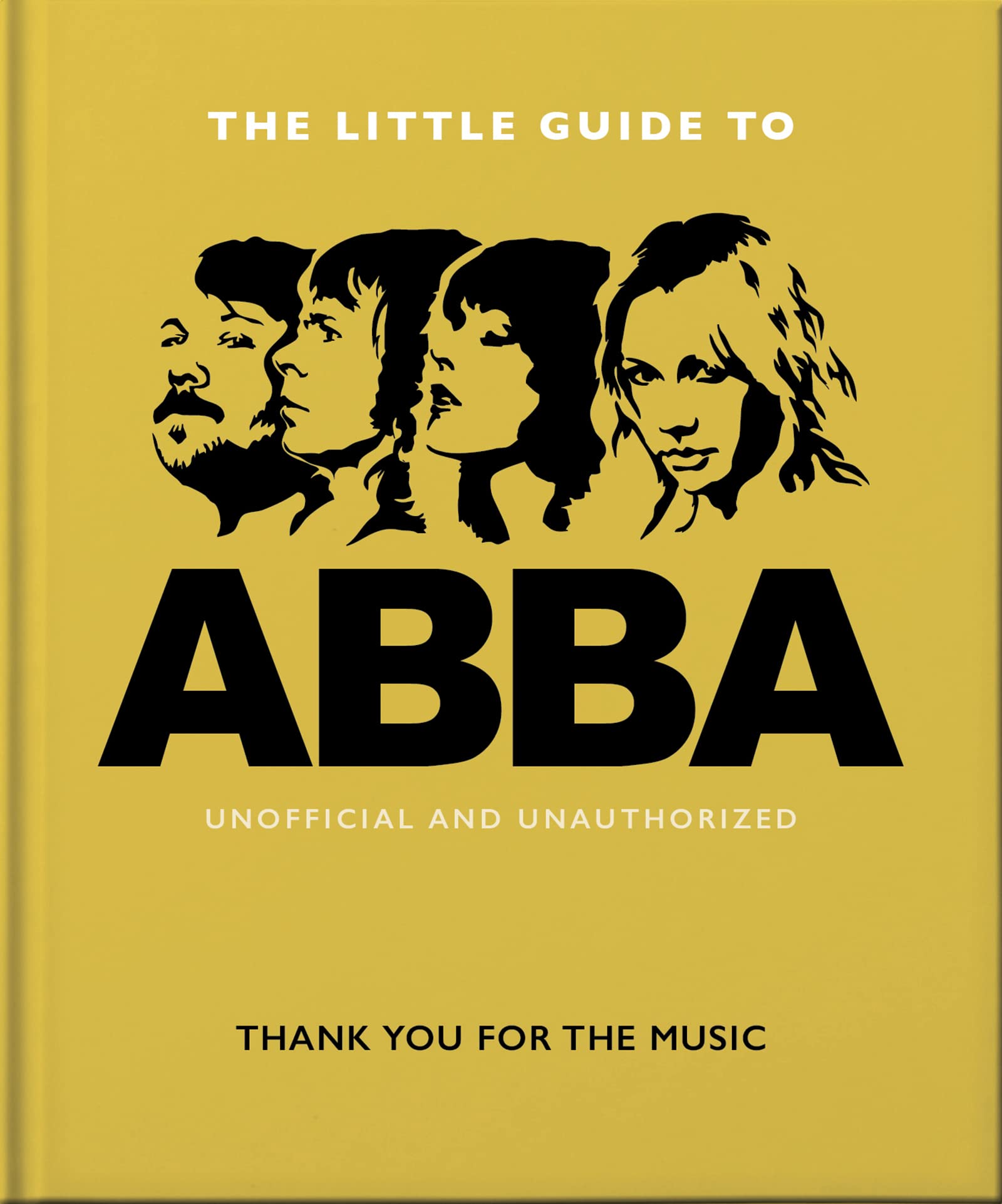 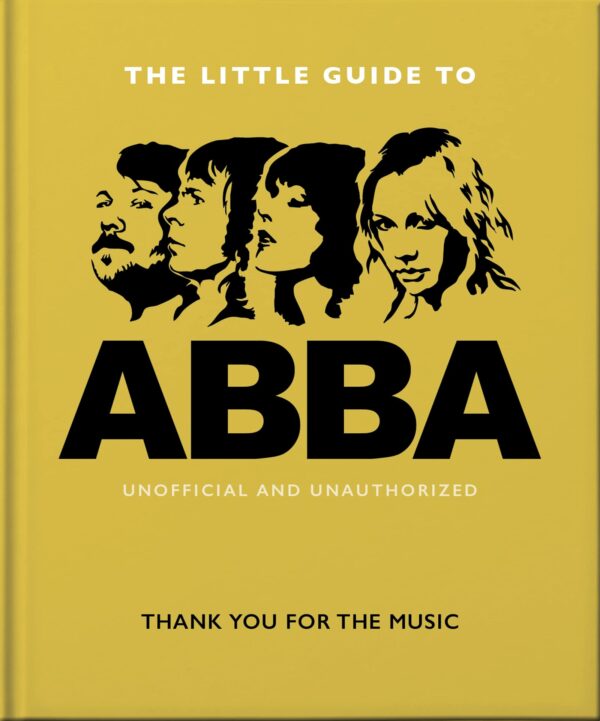 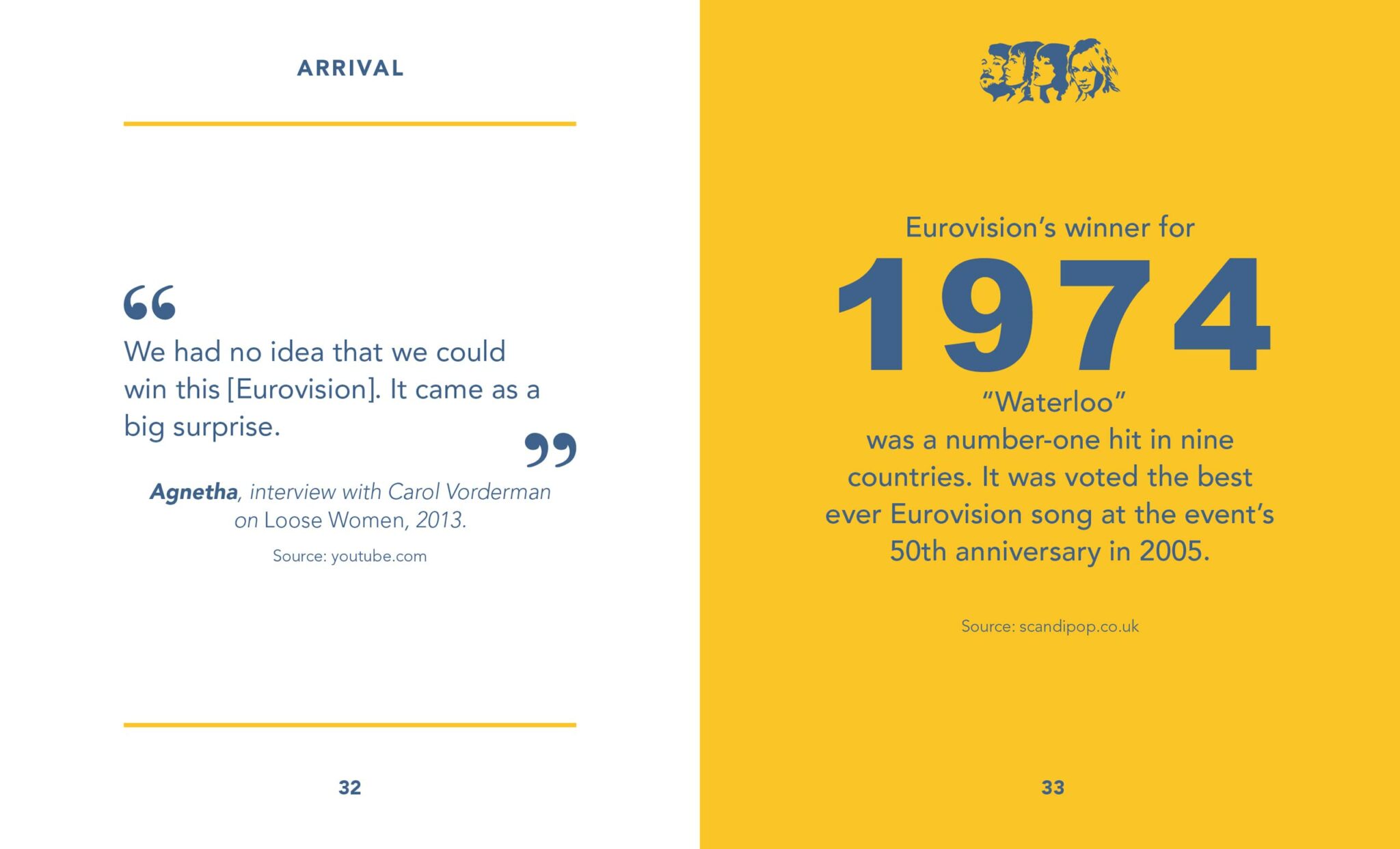 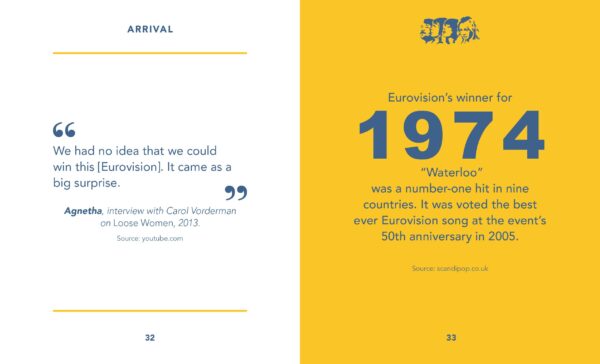 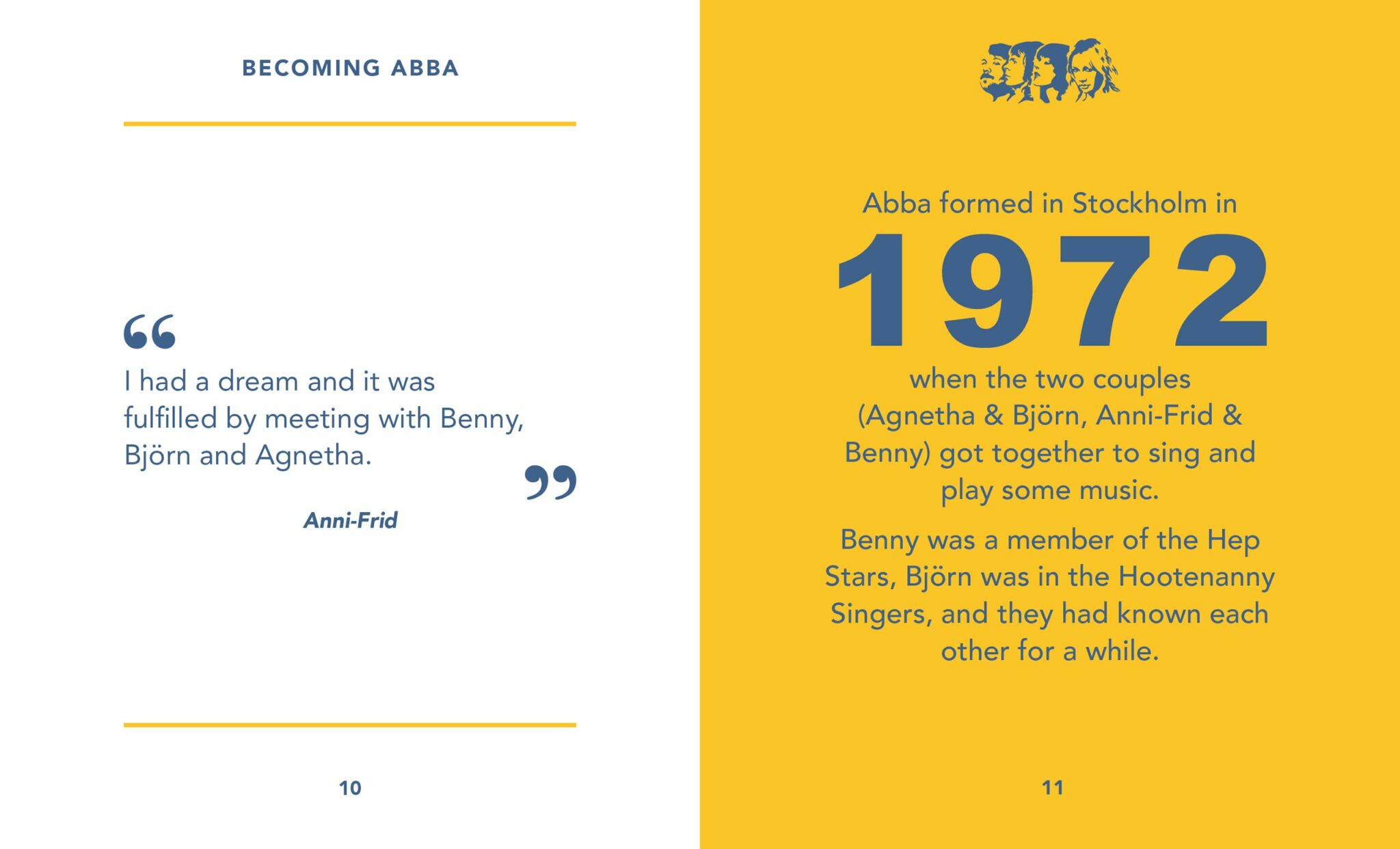 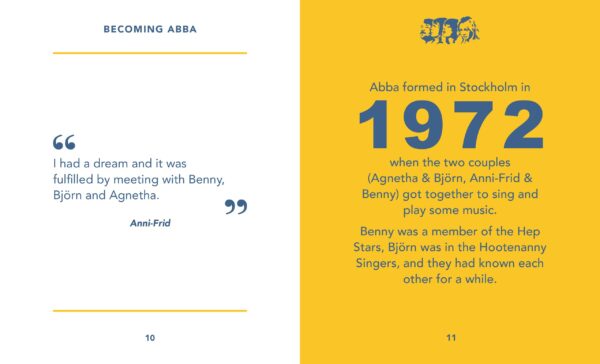 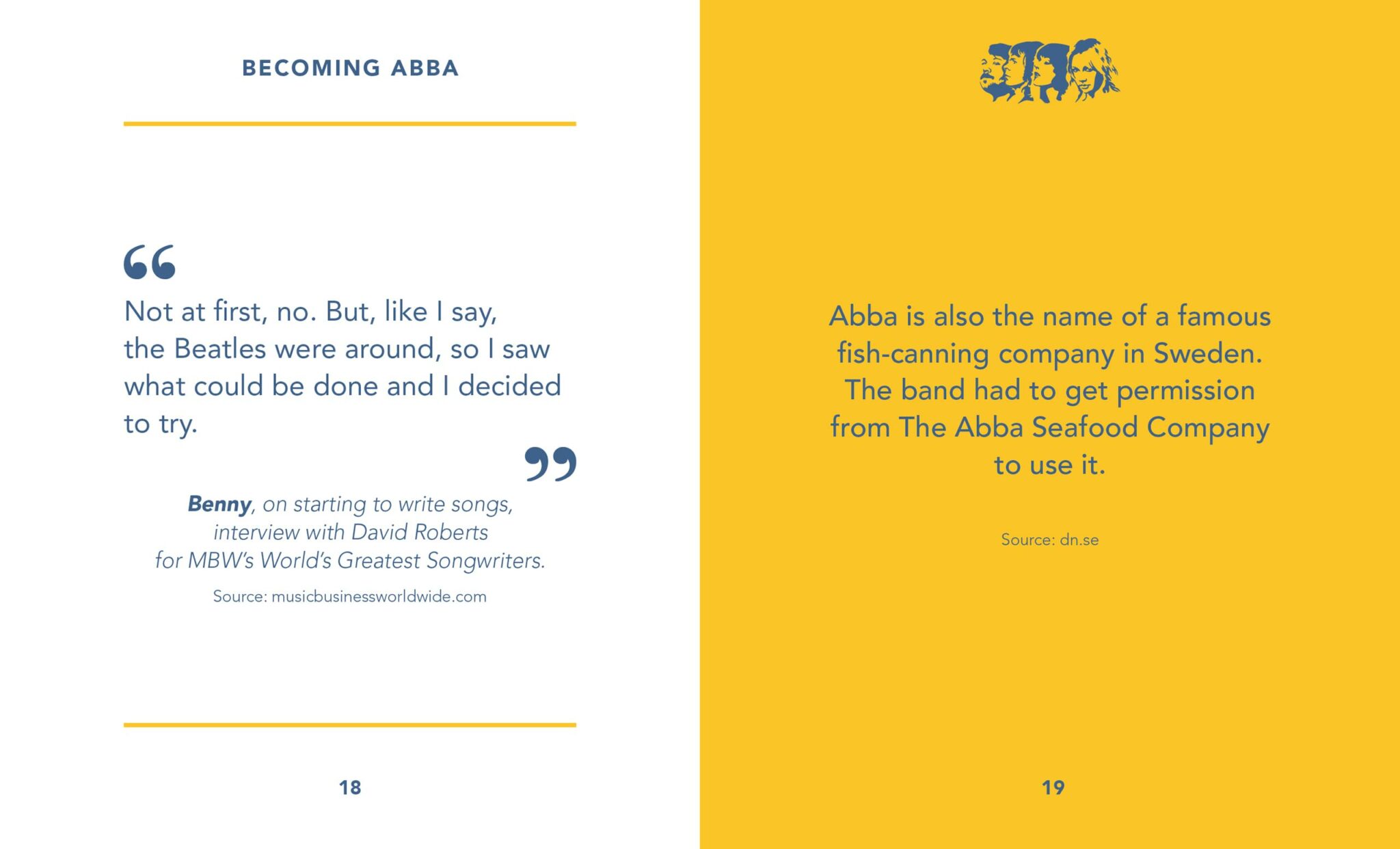 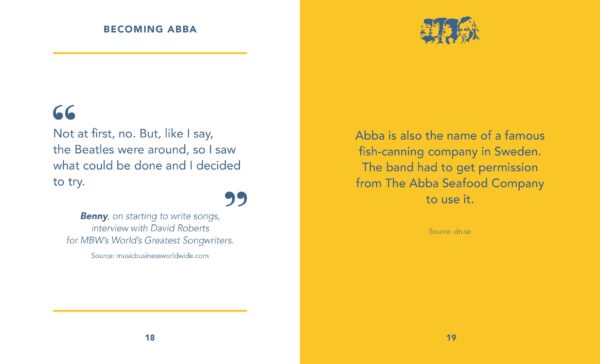 The Little Book of ABBA

ABBA blasted their way onto the global pop scene with a Eurovision Song Contest win in 1974. The song, ‘Waterloo’, the band’s tenth single, was a top 10 hit around the world and spurred them on to enormous chart success with singles, then albums, then compilations selling in the millions. They truly conquered the world, recording, touring, performing and entertaining huge crowds everywhere they went, but after less than a decade, the dream was fading and they went their separate ways, seemingly never to record together again.

The superstardom was over, but their music continued to be popular and in every decade that passed the question was asked: will ABBA ever re-form? The answer was always no – they even allegedly turned down a billion-dollar tour – until the late 2010s, when rumours and announcements abounded and finally, to enormous global fanfare, the band revealed that a new 10-track album would be released in November 2021, and a virtual avatar tour would take place in from May 2022; fans went wild.