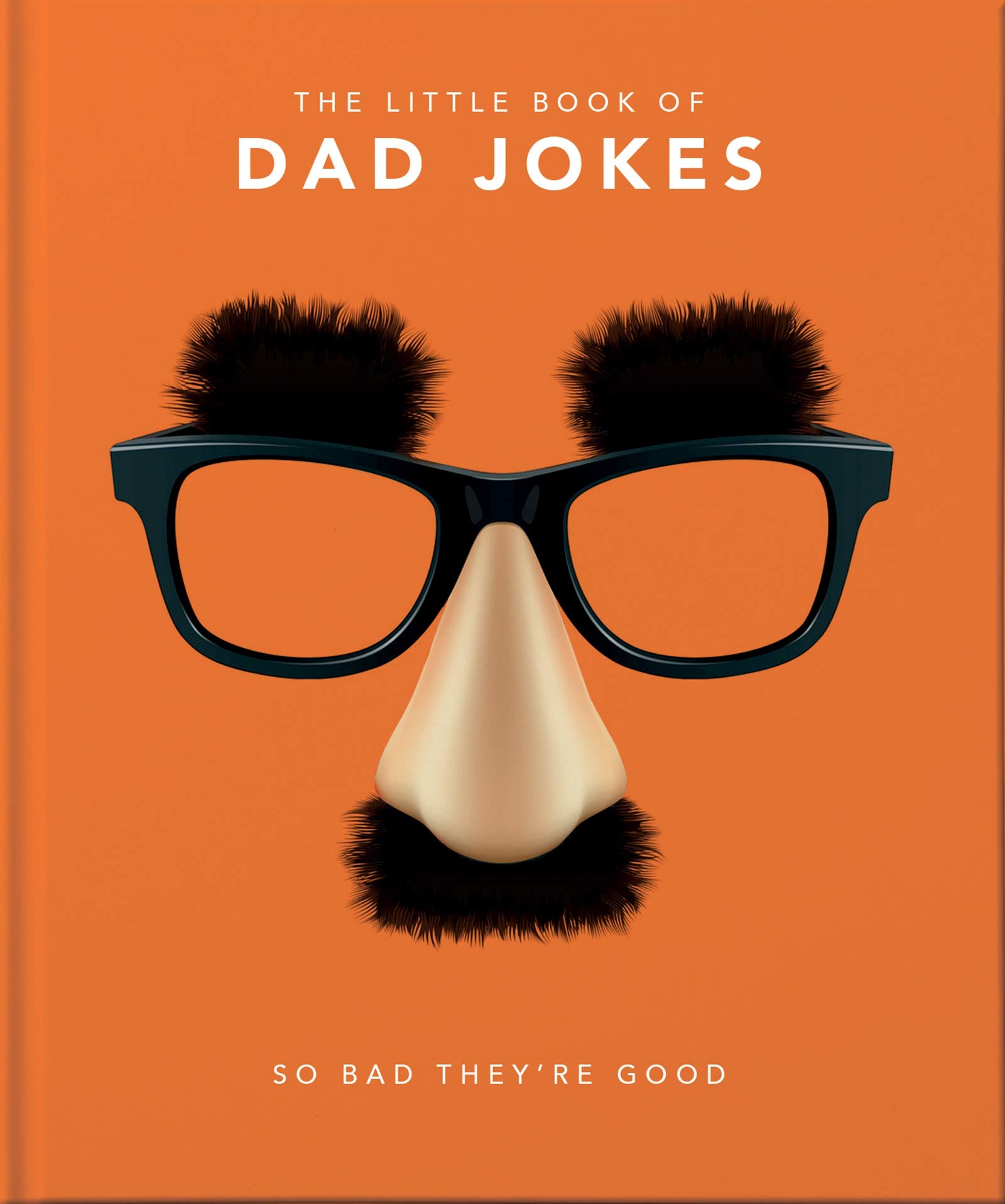 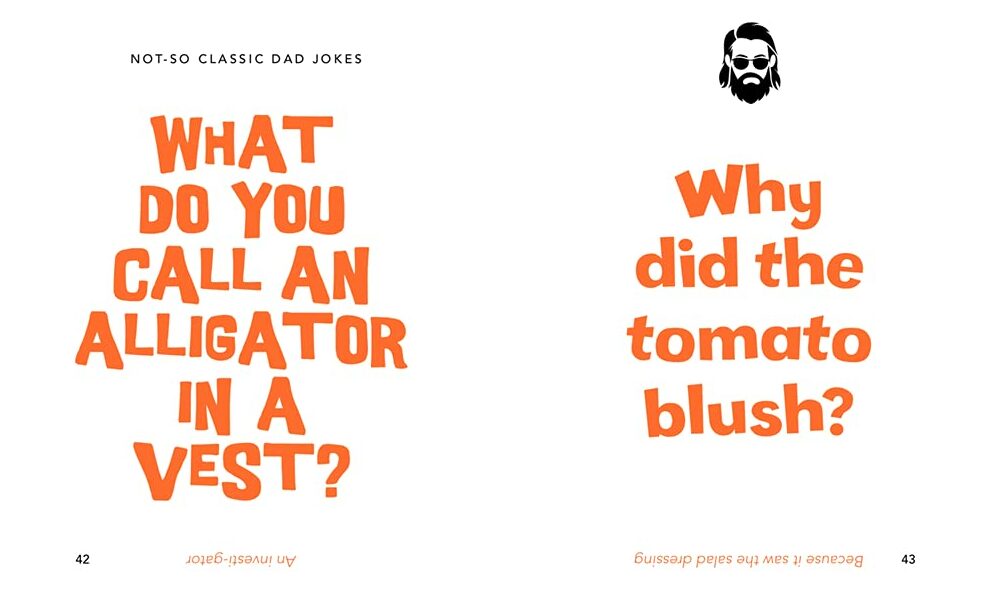 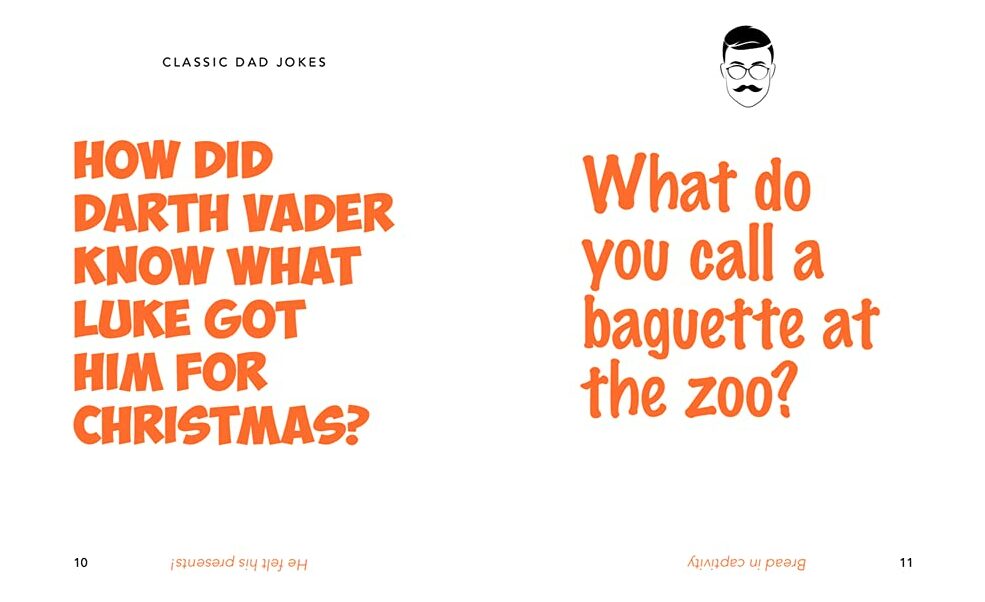 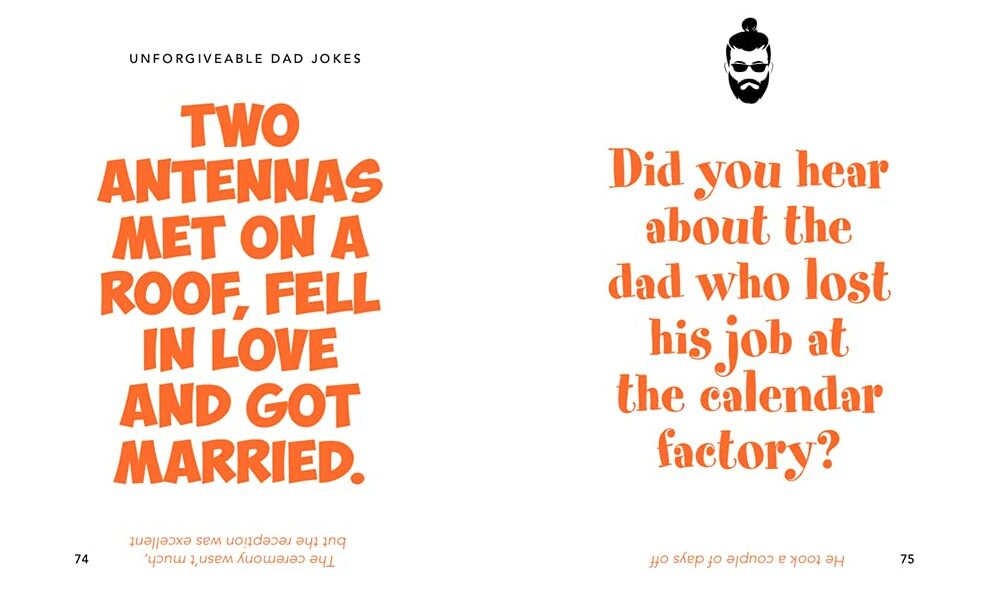 The Little Book Of Dad Jokes

As the ancient adage goes, ‘A good dad joke is as bad as a bad dad joke’. On that fuzzy logic alone, 100 per cent of the 180+ dad jokes in this book are pure comedy gold.

The jokes included in this tiny tome are revered by dads all over the world – that’s how bad they are. Some jokes are old, some are new, some are unrepeatable – but all of them are worn out and tired. If you’re a dad, you’ll love them. If you’re buying it for your dad, don’t worry, the book is little for a purpose: should the urge to throw it down the toilet arise, it’ll fit in one flush.

Like dads themselves, these dad jokes are absolute stinkers. They haven’t showered or gone to the gym in a while and, due to bloating, haven’t seen their funny bones in a long time. But, like dads themselves, you’d miss them if you didn’t hear them every once in a while. They are loveable in their own charming way. But, remember, don’t eat all these jokes at once – you’ll have a severe nervous breakdown. You have been warned!