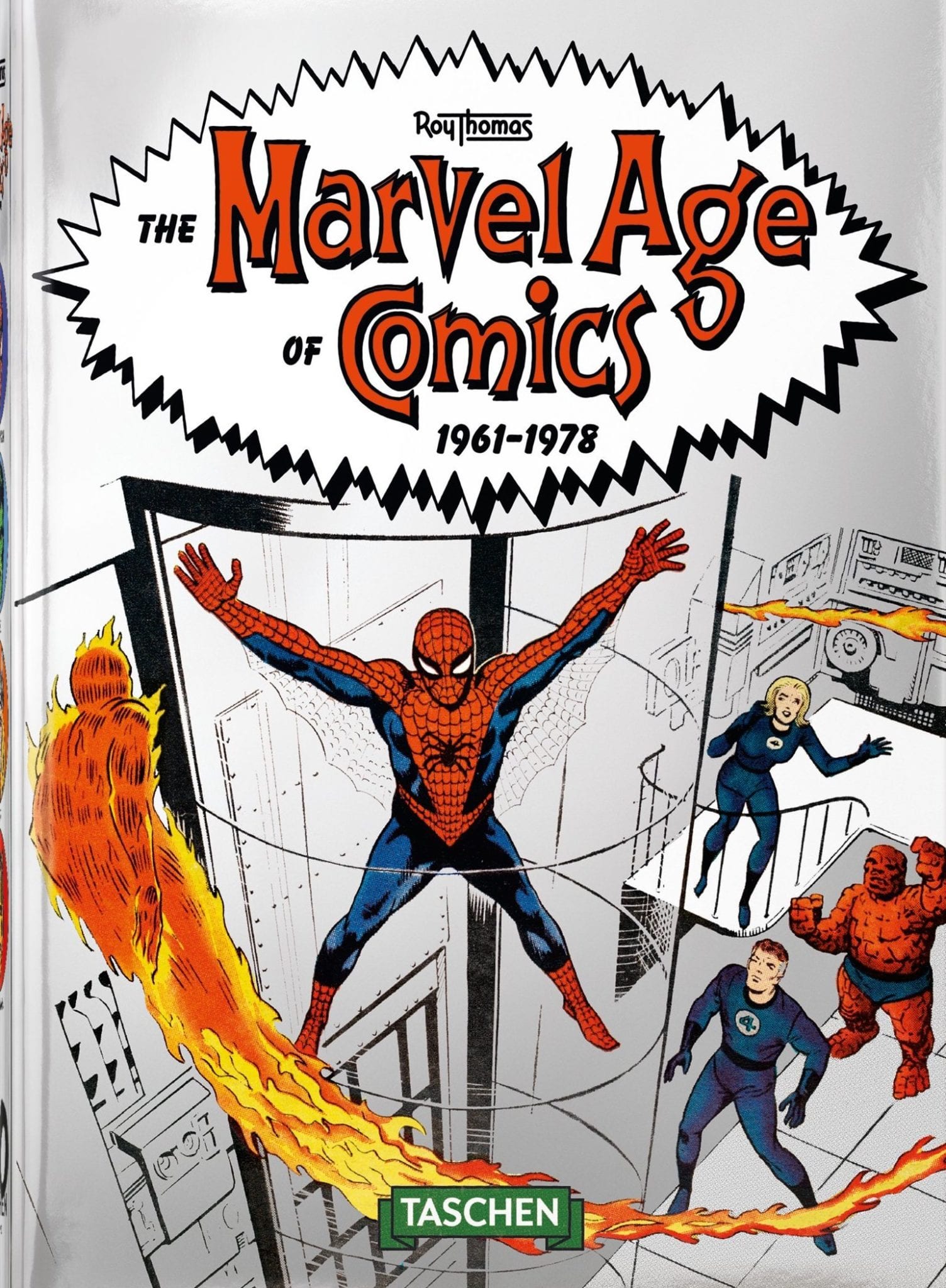 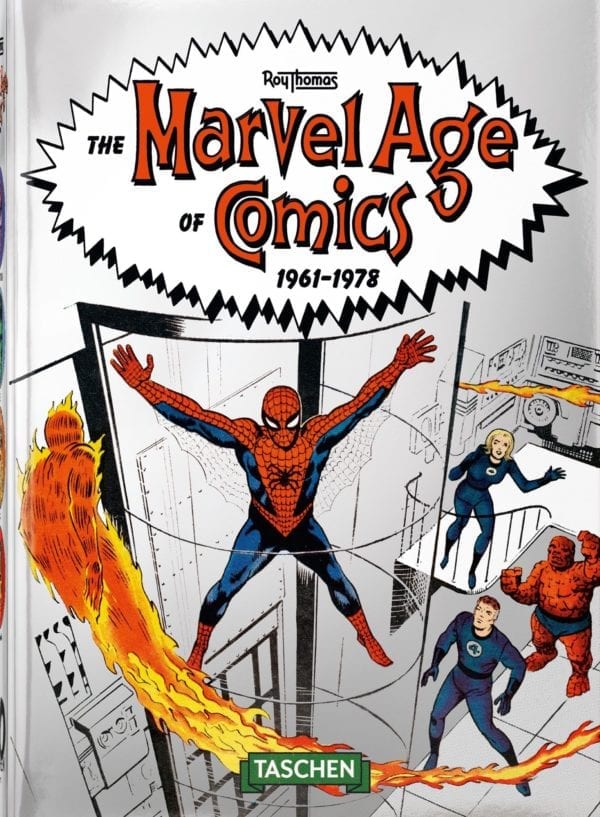 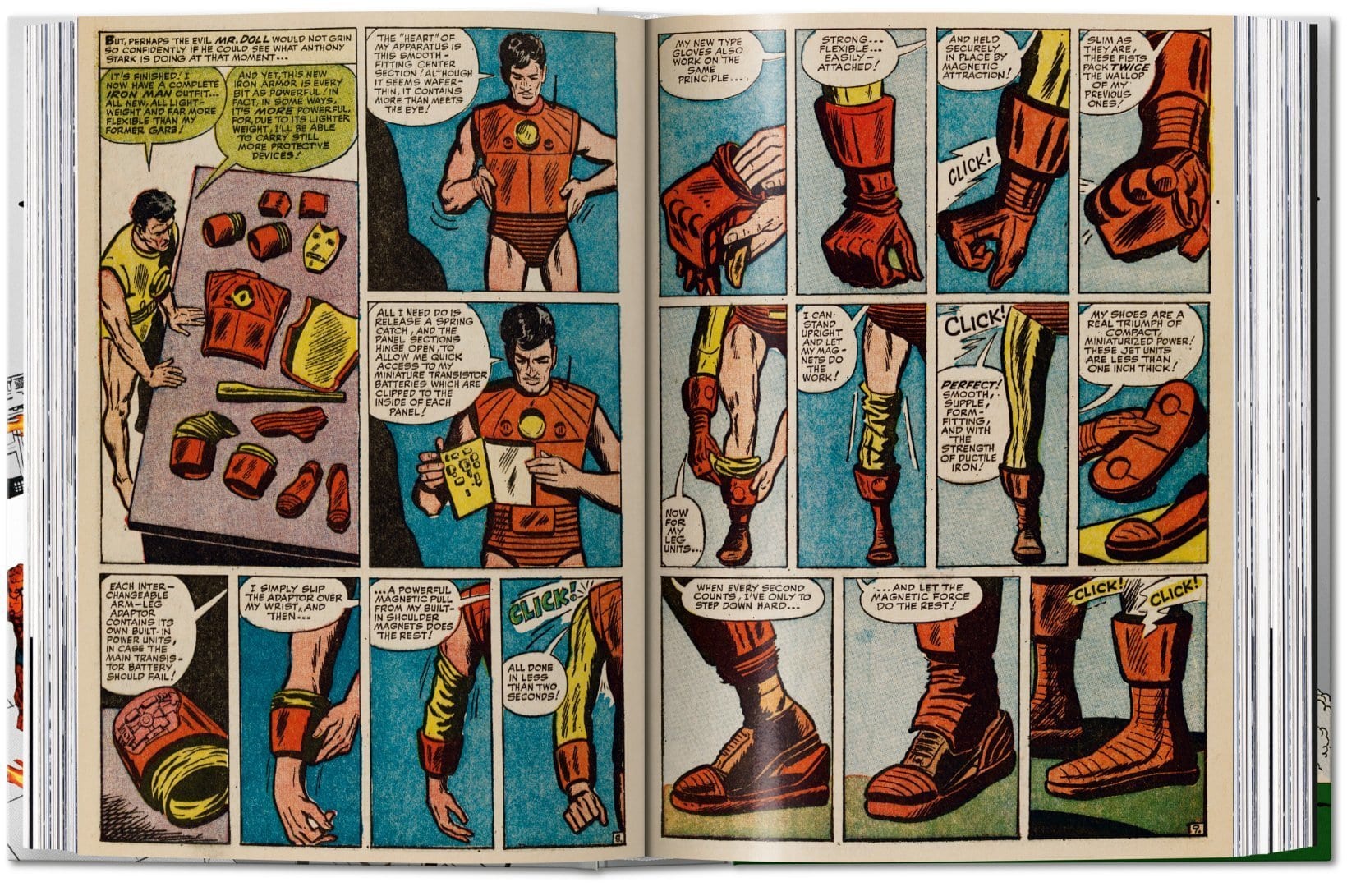 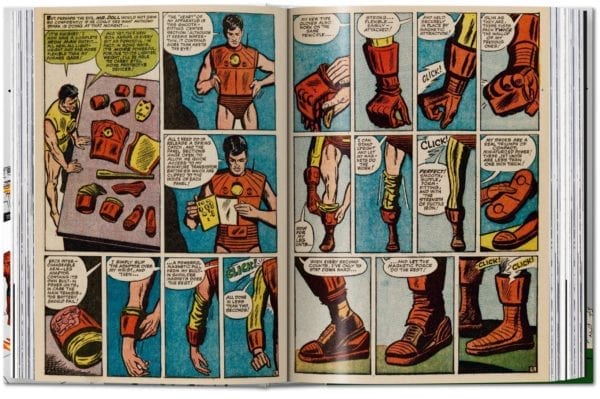 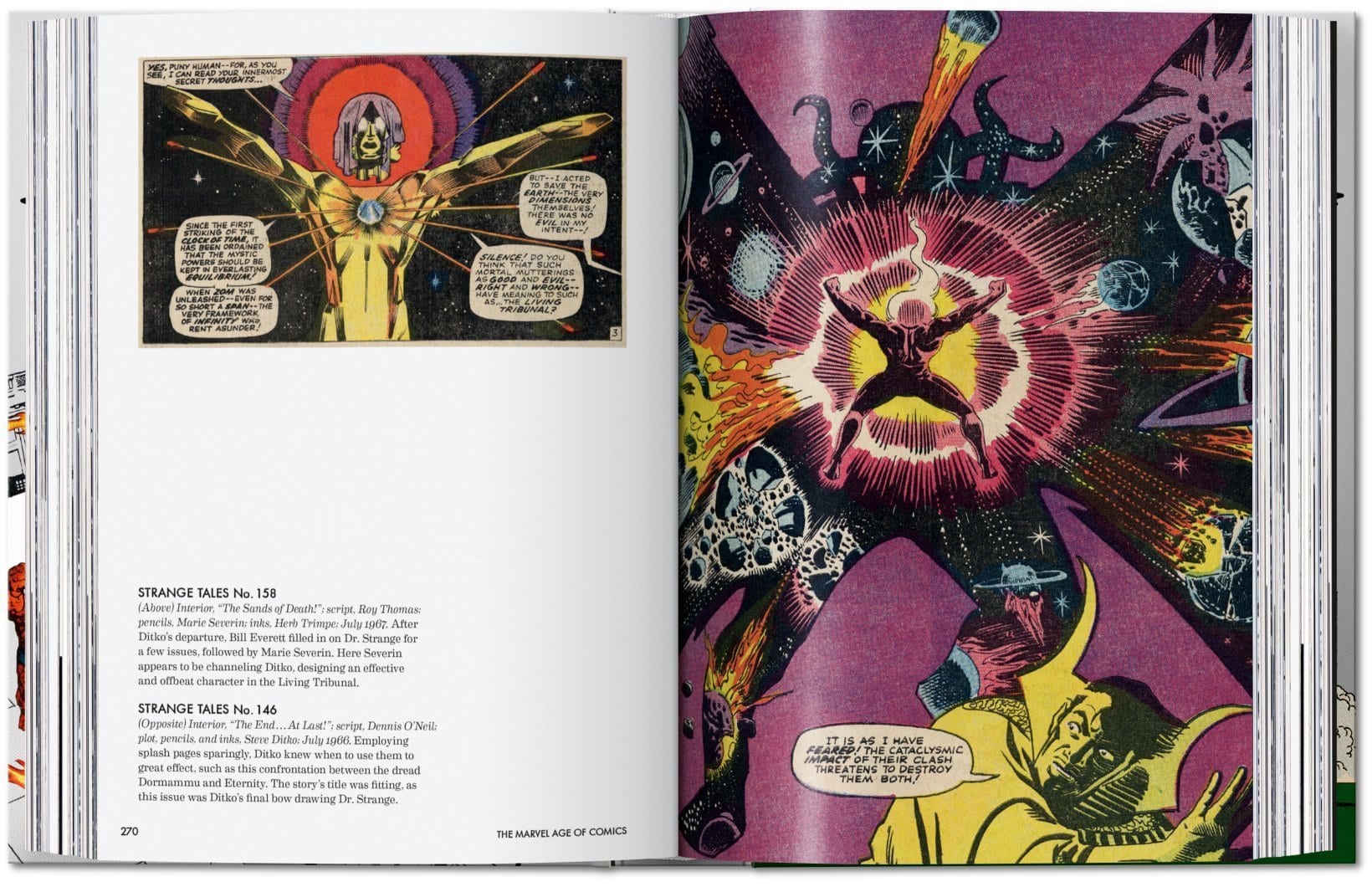 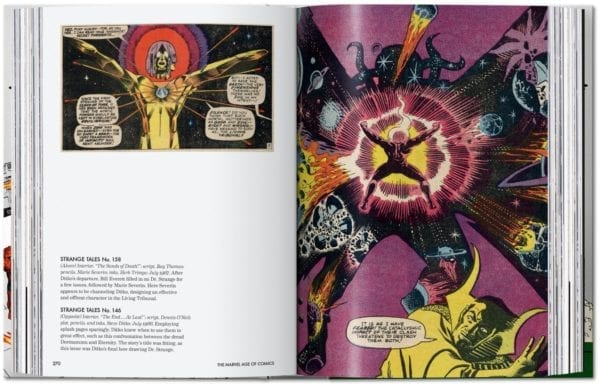 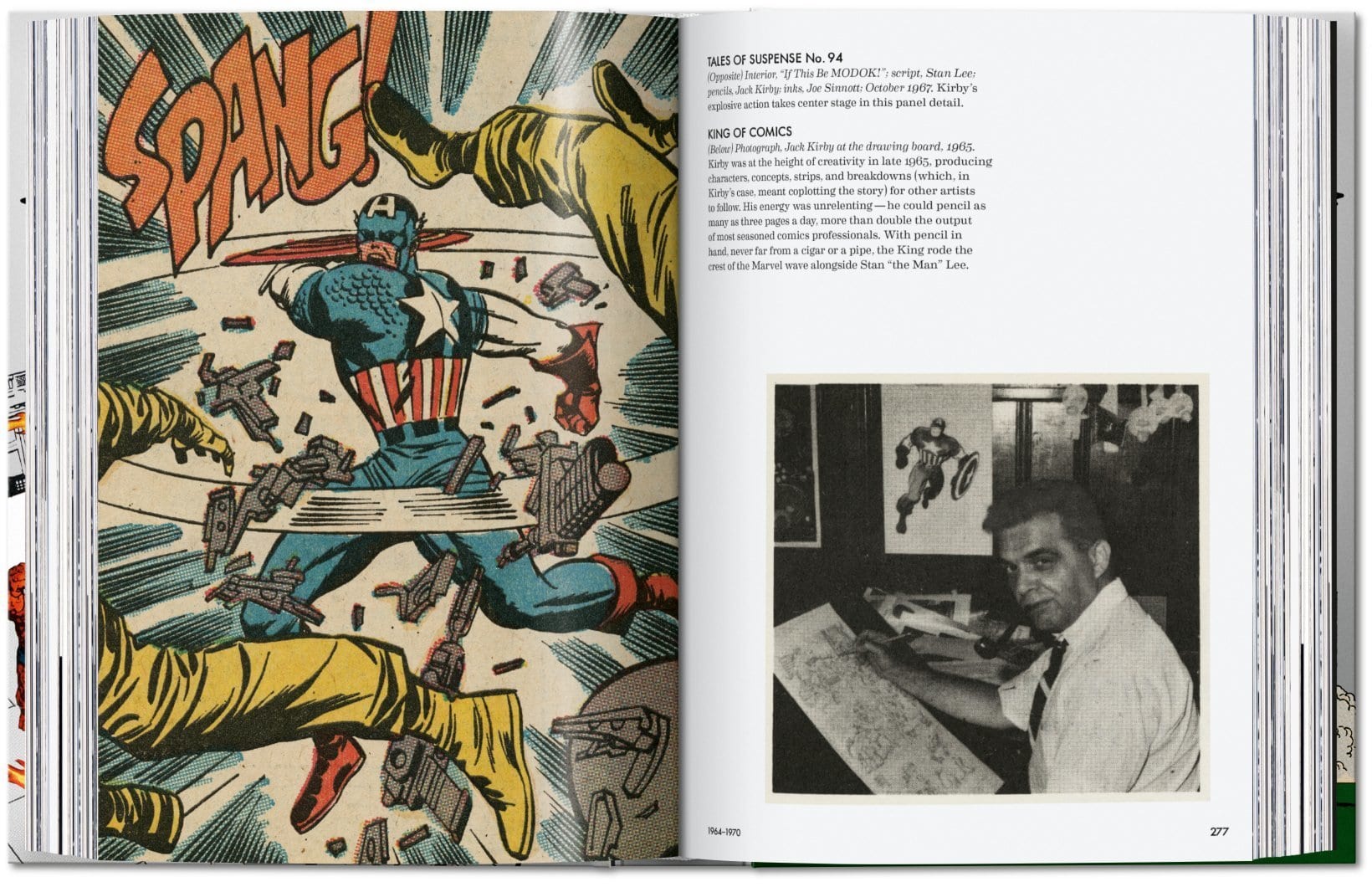 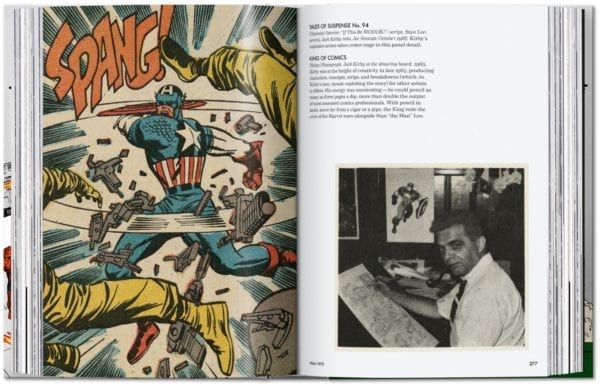 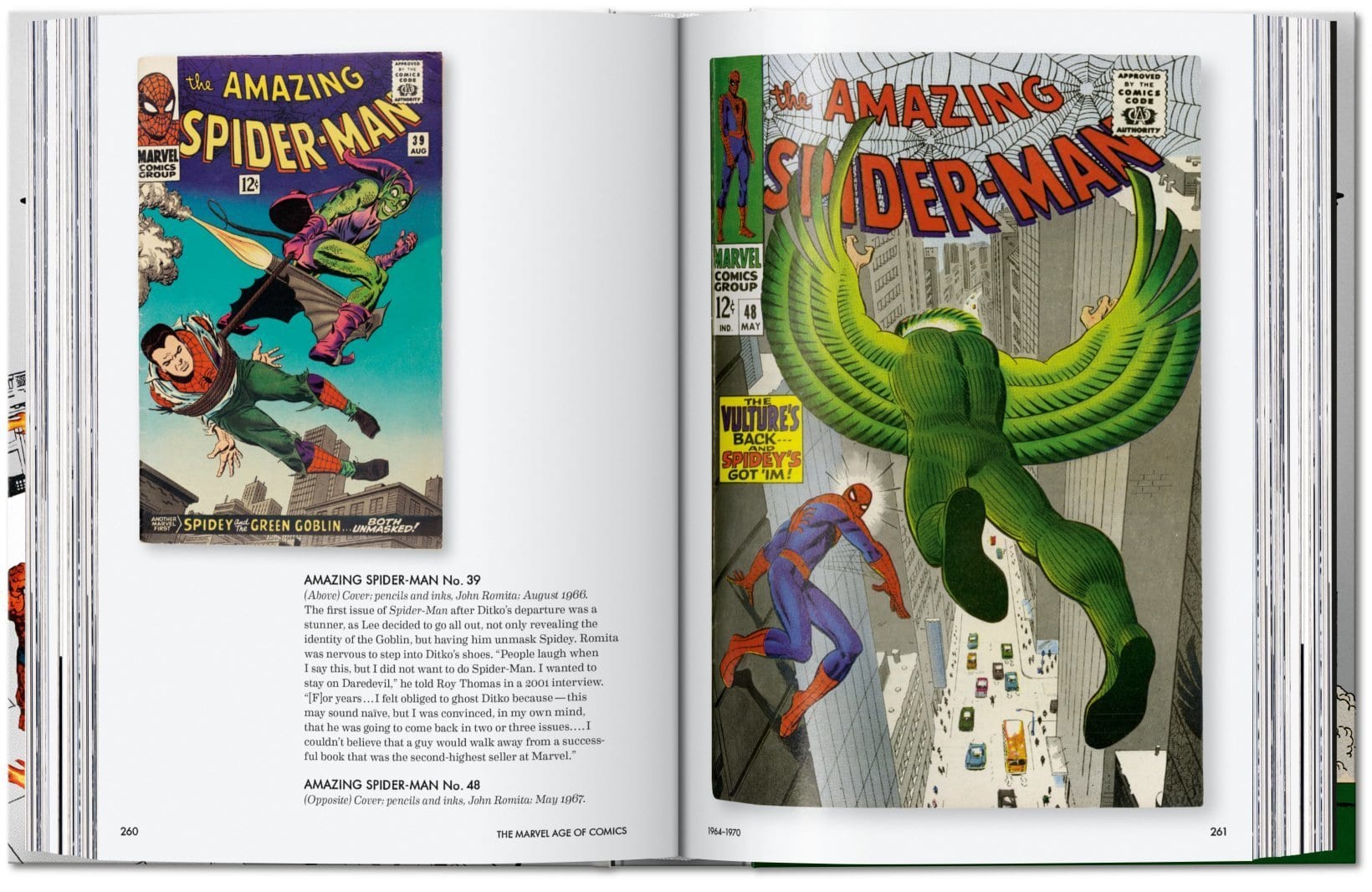 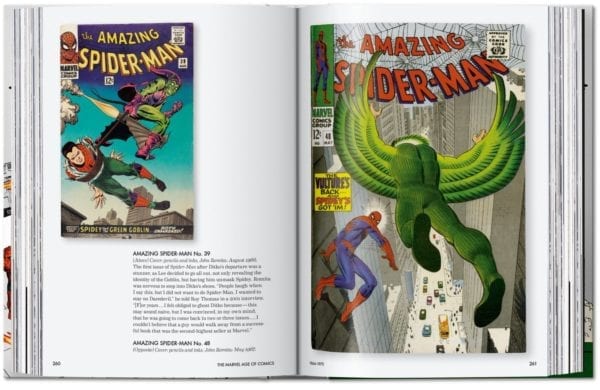 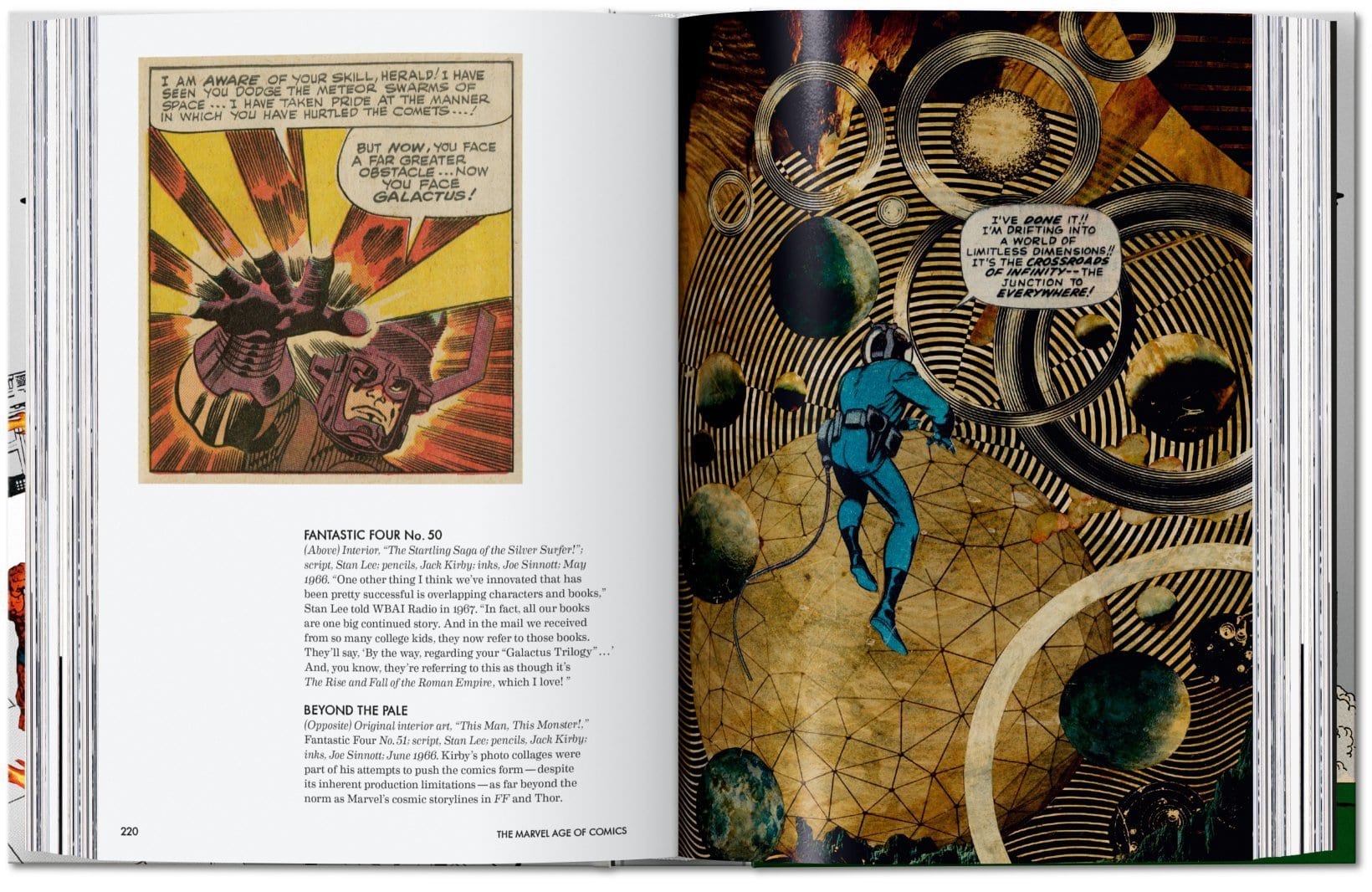 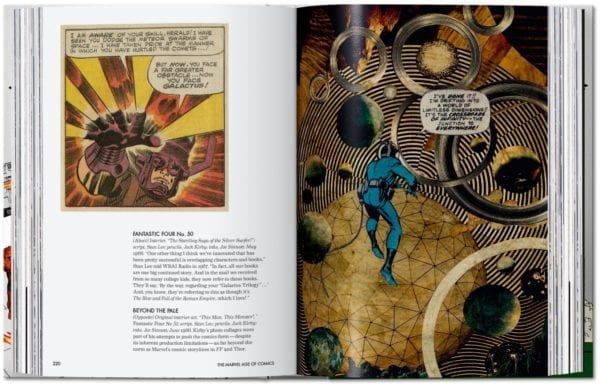 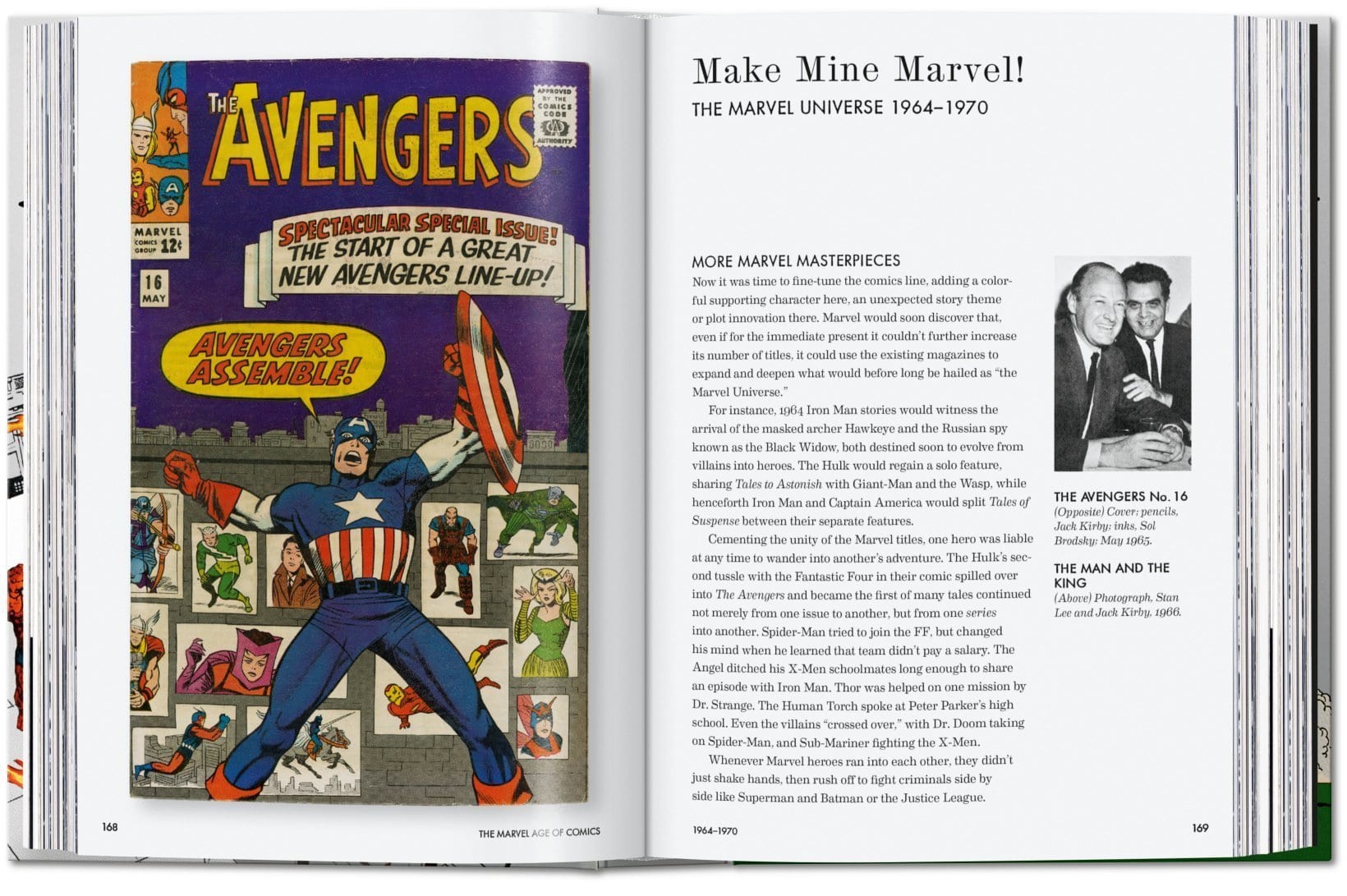 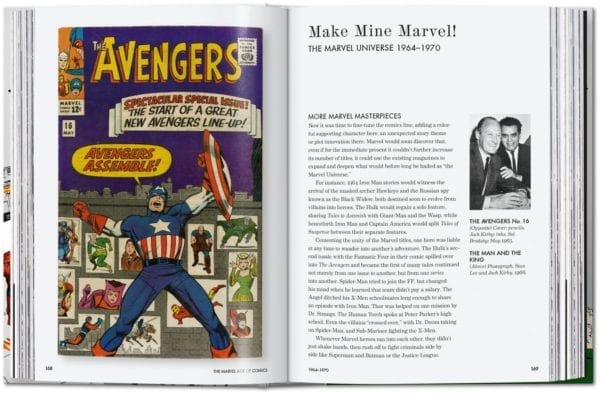 An Era of the Invincible

The making of household heroes and mythological universes

It was an age of mighty heroes, misunderstood monsters, and complex villains. With the publication of Fantastic Four No. 1 in November 1961, comics giant Marvel inaugurated a transformative era in pop culture. Through the next two decades, the iconic Hulk, Spider-Man, Iron Man, and the X-Men leapt, darted, and towered through its pages. Captain America was resurrected from his 1940s deep-freeze and the Avengers became the World’s Greatest Super Heroes. Daredevil, Doctor Strange, and dozens more were added to the pantheon, each with their own rogues’ gallery of malevolent counterparts. Nearly 60 years later, these thrilling characters from the 1960s and ’70s are more popular than ever, fighting the good fight in comics, toy aisles, and blockbuster movies around the world.

In The Marvel Age of Comics 1961–1978, legendary writer and editor Roy Thomas takes you to the heart of this seminal segment in comic history—an age of triumphant character and narrative innovation that reinvented the super hero genre. With more than 500 images and insider insights, the book traces the birth of champions who were both epic in their powers and grounded in a world that readers recognized as close to their own; relatable heroes with the same problems, struggles, and shortcomings as everyone else. By the ’70s, we see how the House of Ideas also elevated horror, sword and sorcery, and martial arts in its stable of titanic demigods, introducing iconic characters like Man-Thing, Conan, and Shang-Chi and proving that their brand of storytelling could succeed and flourish outside of the capes and tights.

Behind it all, we get to know the extraordinary Marvel architects whose names are almost as familiar as the mortals (and immortals!) they brought to life—Stan “The Man” Lee, Jack “King” Kirby, and Steve Ditko, along with a roster of greats like John Romita, John Buscema, Marie Severin, Jim Steranko, and countless others. The result is a behind-the-scenes treasure trove and a jewel for any comic fan’s library, brimming with the innovation and energy of an invincible era for Marvel and its heroes alike.