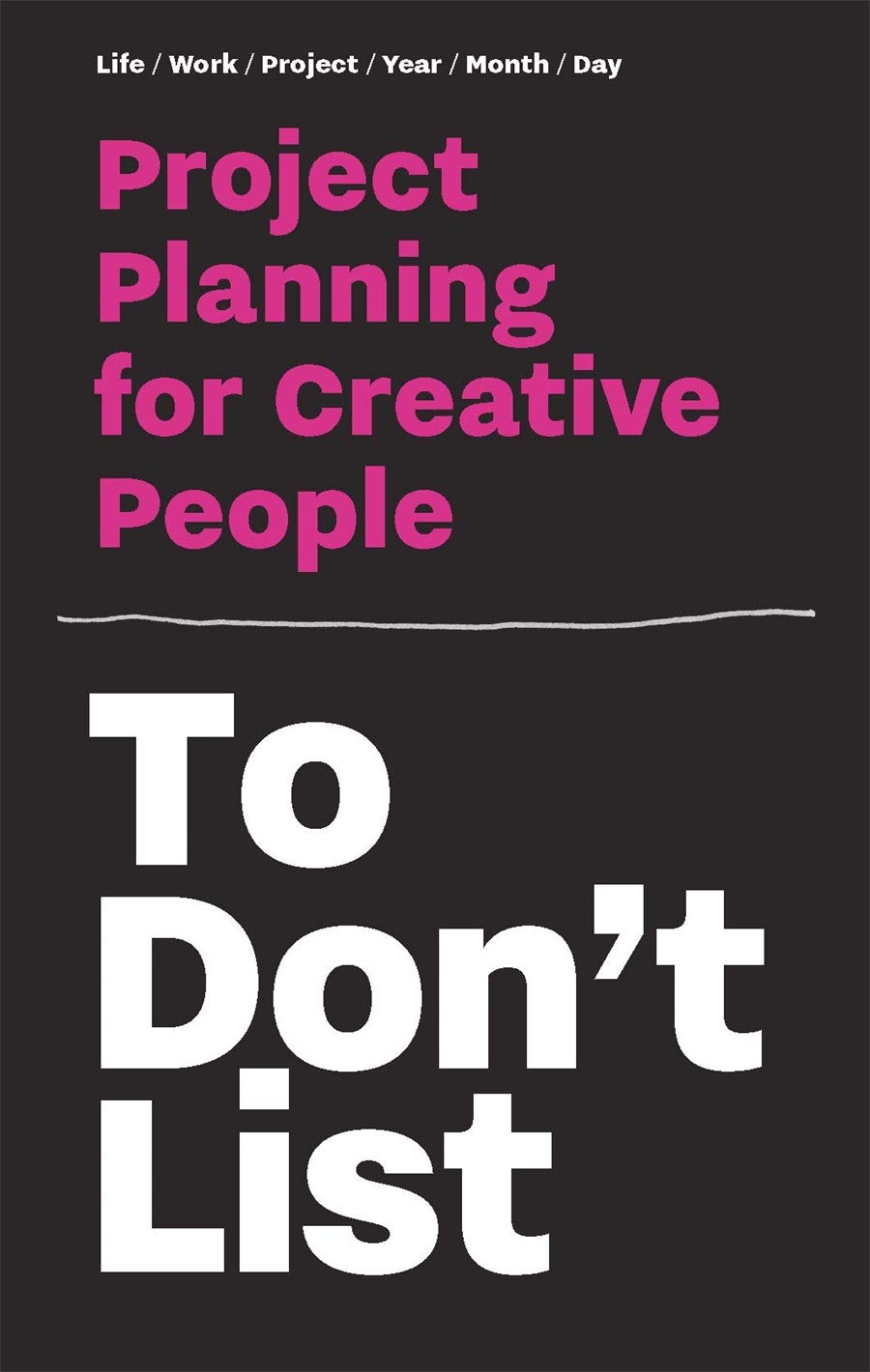 The ToDon’tList – method is the opposite of what all the time management gurus want you to believe. Do less instead of more. With this project planner it has never been easy to focus on your goals.

The author used the ToDon’tList concept a lot in his studio while brainstorming, developing new ideas or working on projects. “That’s a good idea, but let’s put it on the ToDon’tList for now” In that way he kept his focus on his goals.

The ToDon’tList concept became a method, and the method became the inspiration for writing Don’t Read this book. Like the Don’t/Do This – Game, the ToDon’t List is an addition to the ToDon’t – Family, which works independently as well. The simple lists help you make choices and focus on many different levels: Life, Work, Projects, Daily Goals and more.