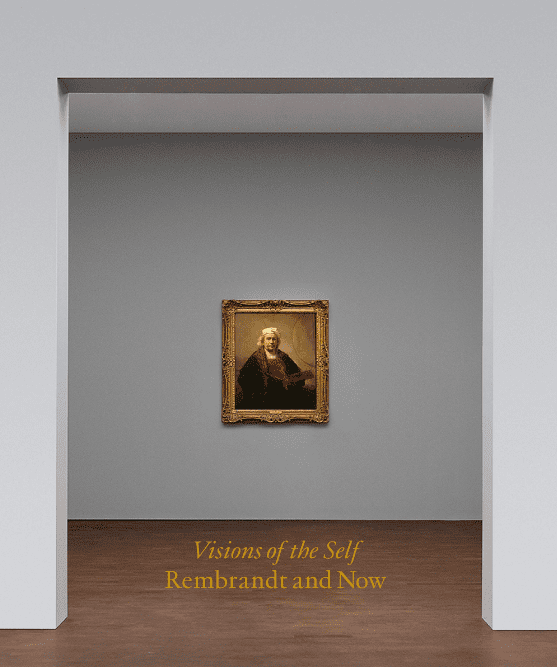 Visions of the Self: Rembrandt and Now

A legendary painting by Rembrandt forms the centerpiece of this exploration of self-portraits by leading artists of the twentieth and twenty-first centuries.

Published to commemorate an exhibition presented by Gagosian in partnership with English Heritage, this stunning volume centers on Rembrandt’s masterpiece Self-Portrait with Two Circles (c. 1665), from the collection of Kenwood House in London. The painting is considered to be Rembrandt’s greatest late self-portrait and is accompanied here by examples of the genre from leading artists of the past one hundred years. These include works by Francis Bacon, Jean-Michel Basquiat, Lucian Freud, and Pablo Picasso, as well as contemporary artists such as Georg Baselitz, Glenn Brown, Urs Fischer, Damien Hirst, Howard Hodgkin, Giuseppe Penone, Richard Prince, Cindy Sherman, and Rudolf Stingel, among others. Also featured is a new work by Jenny Saville, created in response to Rembrandt’s masterpiece.

Full-color plates of the works, generous details, and installation views of the exhibition accompany an expansive essay by art historian David Freedberg that provides a close look at the self-portraits created by Rembrandt throughout his life and considers the role of the Dutch master as the precursor of all modern painting.