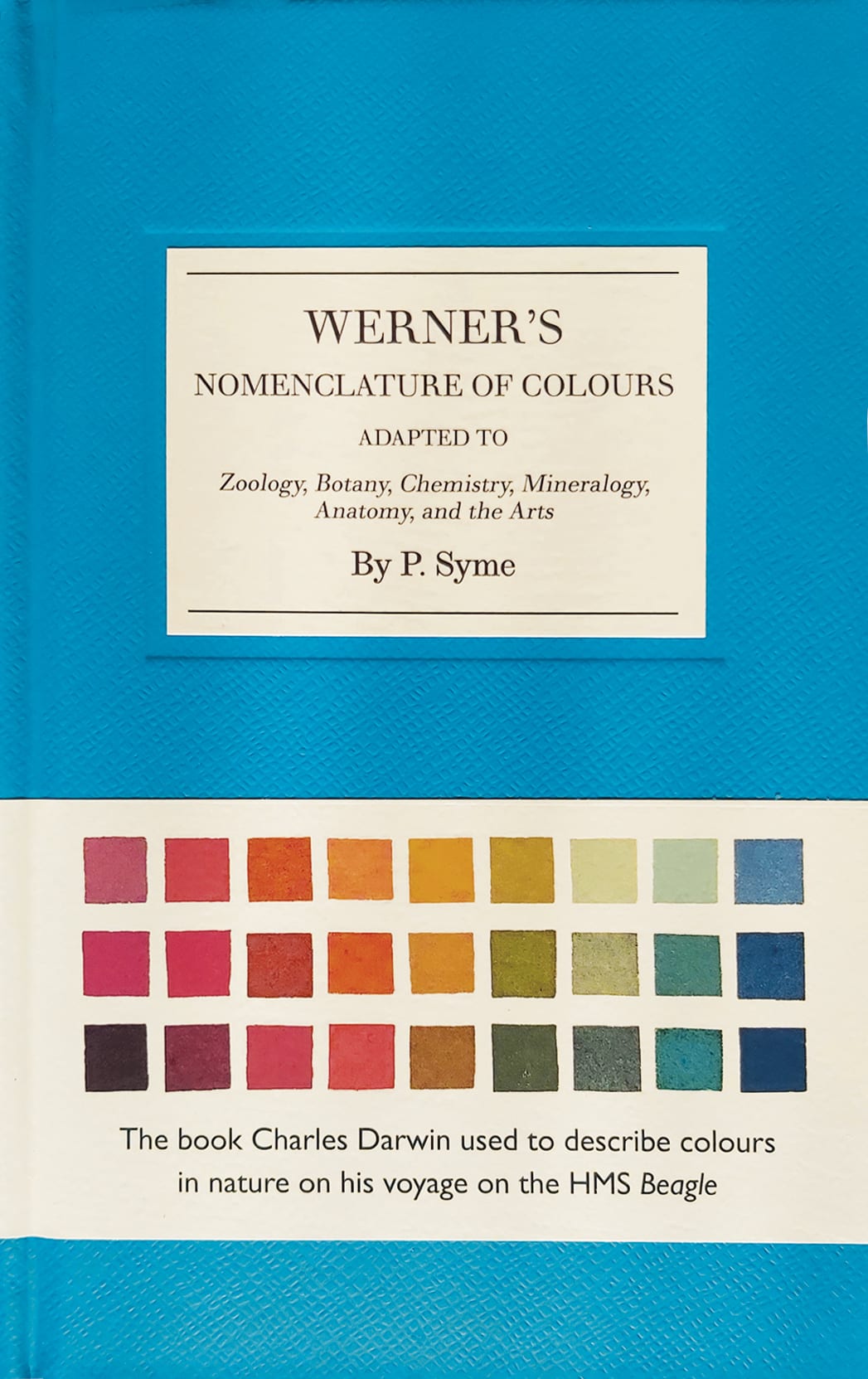 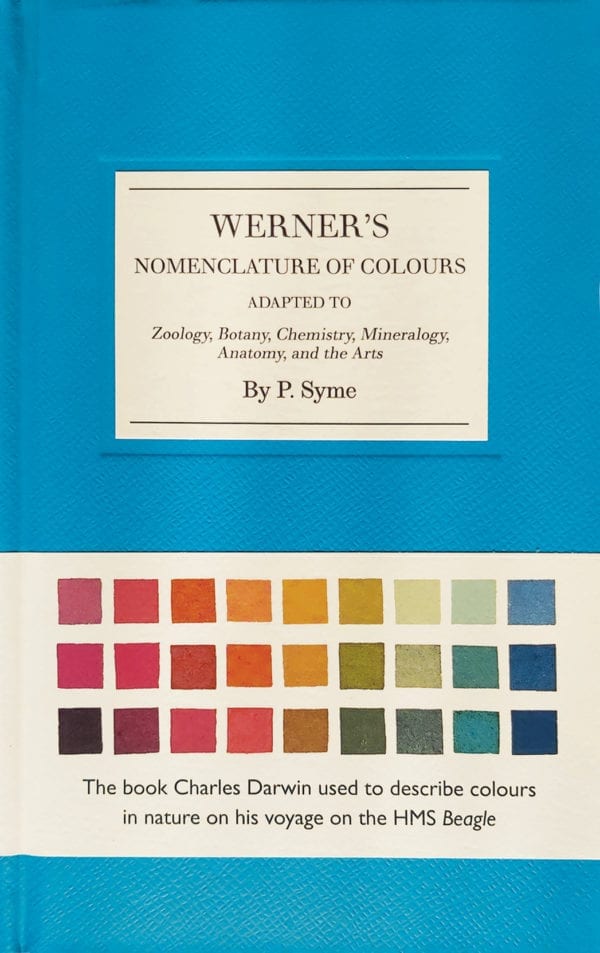 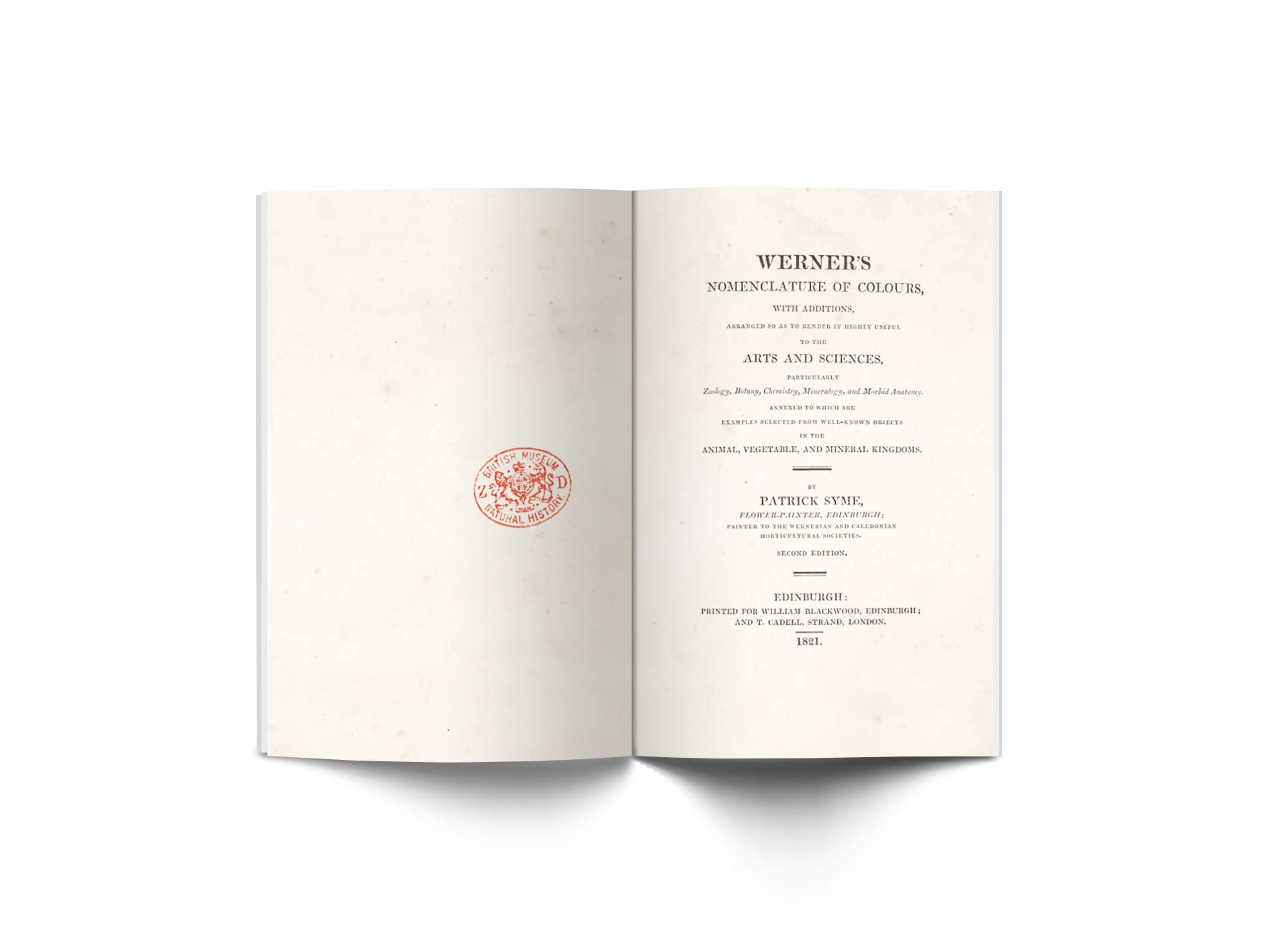 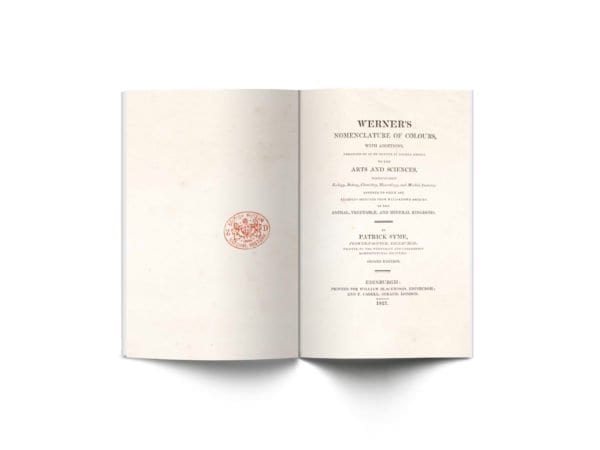 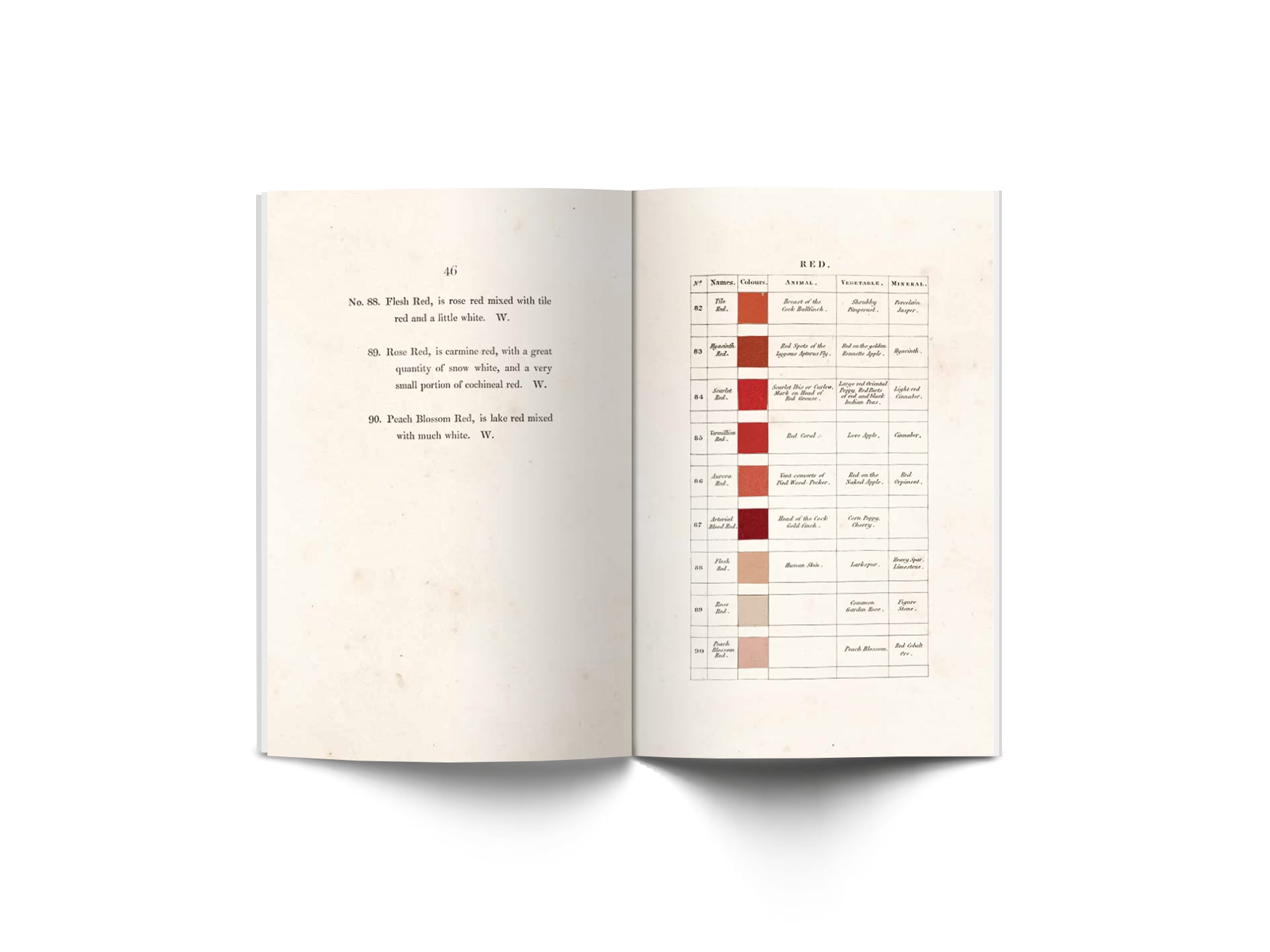 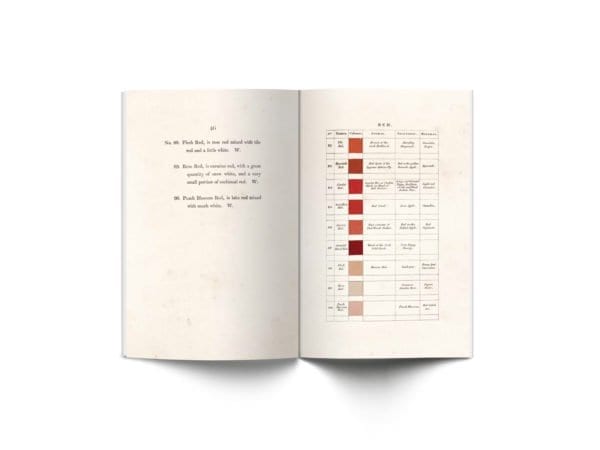 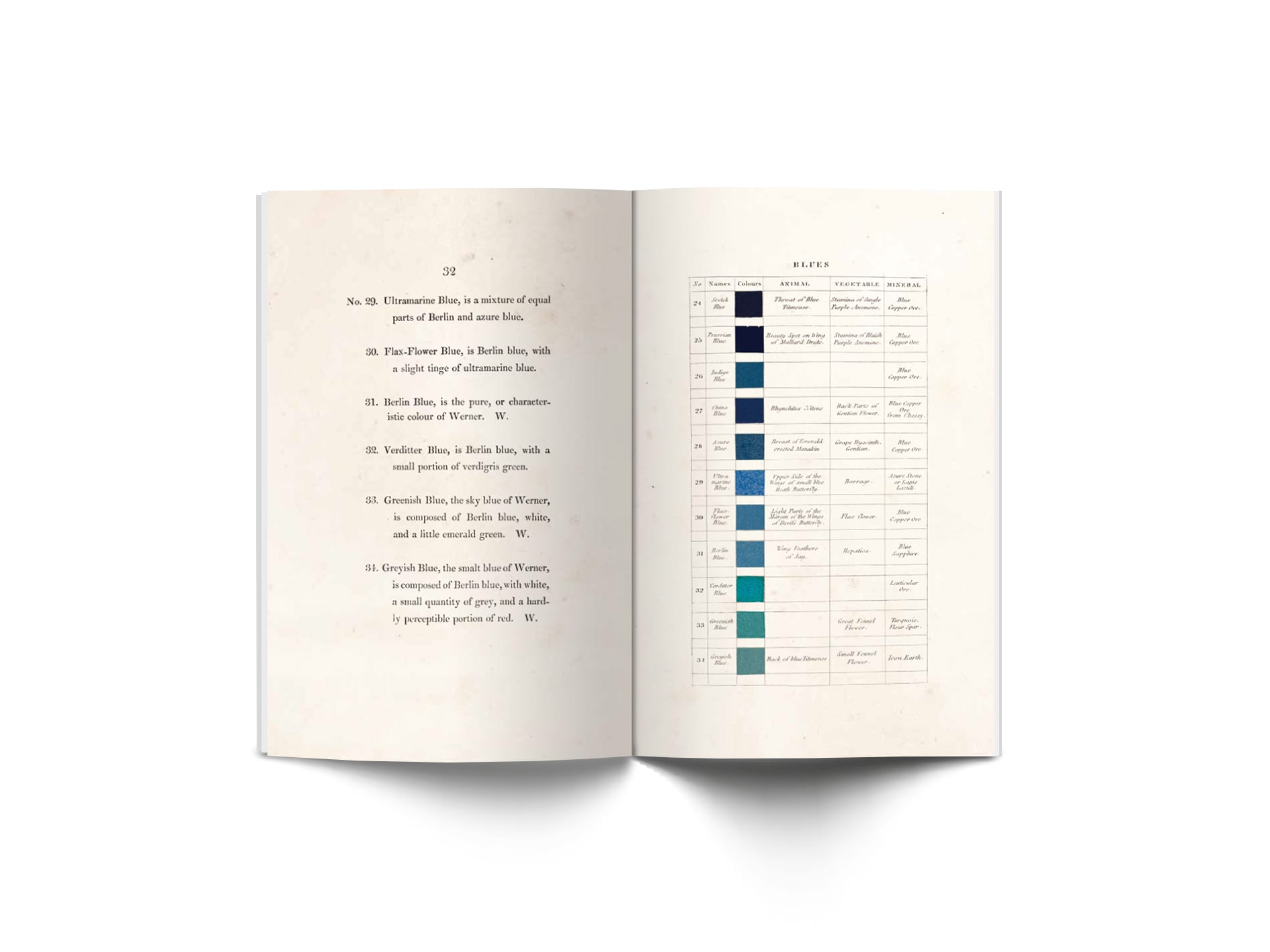 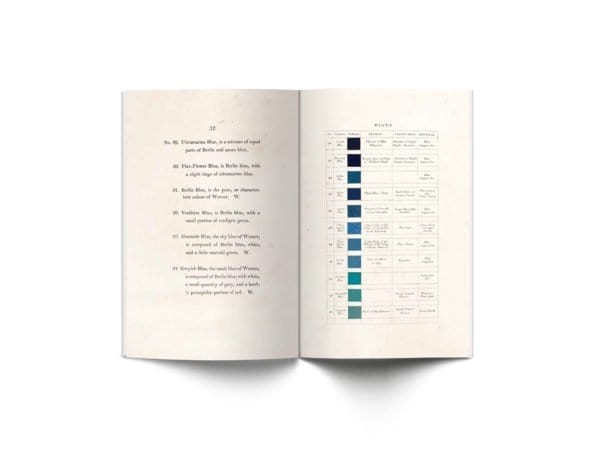 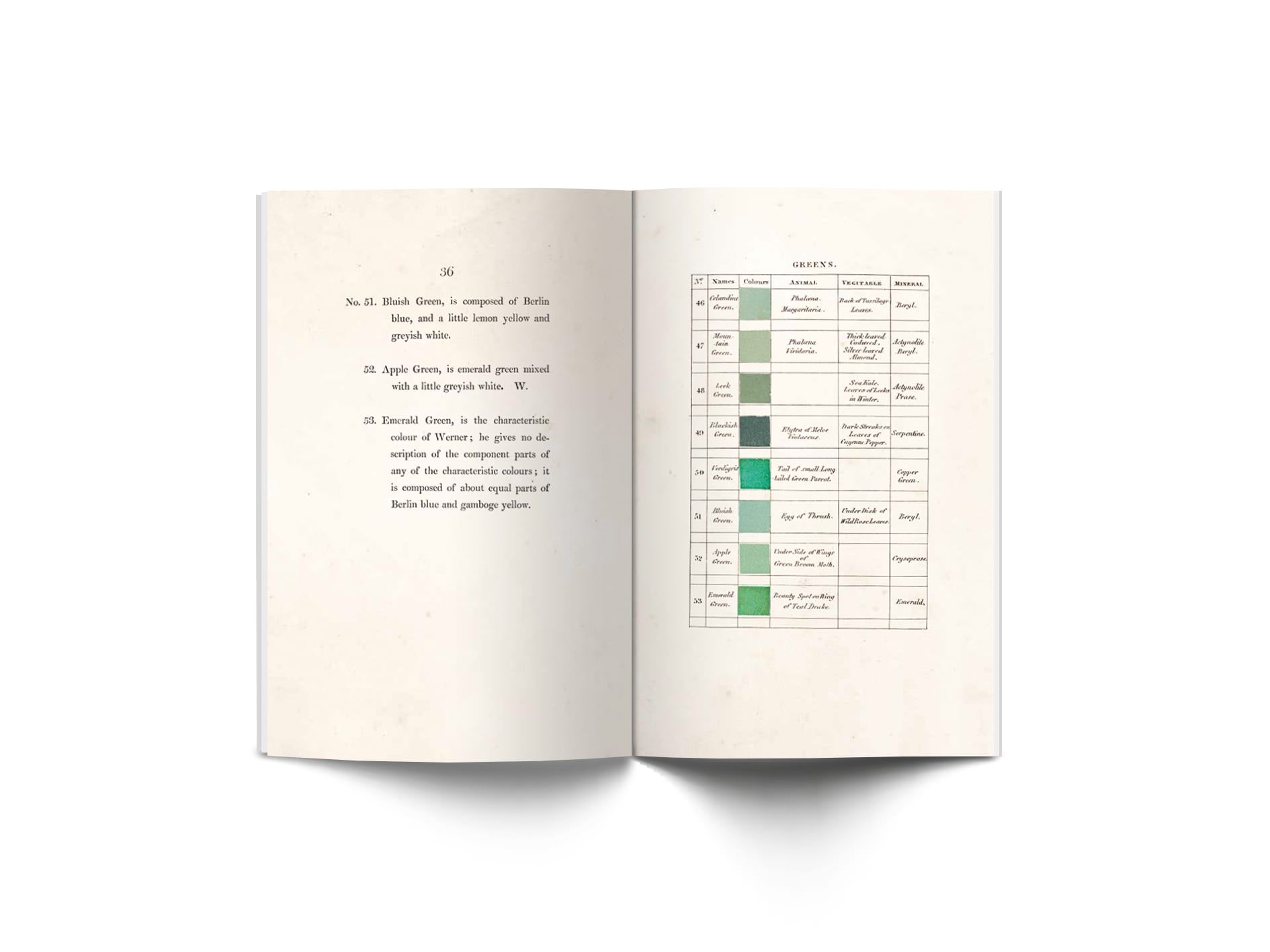 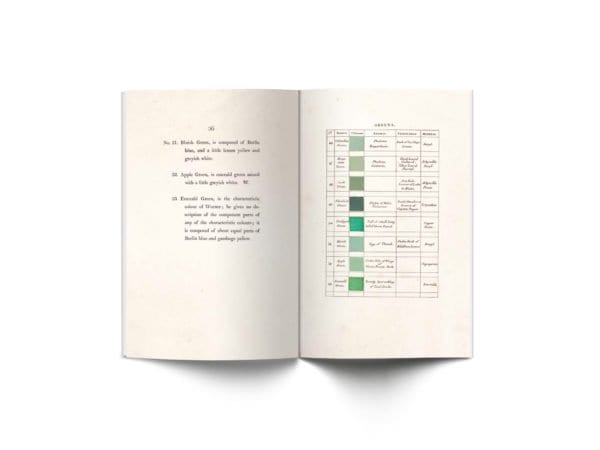 ‘The book that coloured Charles Darwin’s world’ The New Yorker

First published in 1814, Werner’s Nomenclature of Colours is a taxonomic guide to colour which been cherished by naturalists and anthropologists for over two centuries.

In the late 1790’s Abraham Gottlob Werner devised his own standardised colour scheme, which allowed the writer to describe even the subtlest of chromatic differences with consistent terminology. His scheme was then adapted by an Edinburgh flower painter, Patrick Syme, who traced the actual minerals described by Werner, and used them to create the colour charts found in the book.

In the pre-photographic age, almost all visual details had to be captured using the written word, and scientific observers could not afford any ambiguity in their descriptions. These included Charles Darwin, for whom Werner’s Nomenclature was an indispensable tool during his seminal voyage on the Beagle.

Werner’s Nomenclature of Colours is a charming artefact from the age of explorers, which continues to be treasured by artists and scientists alike.