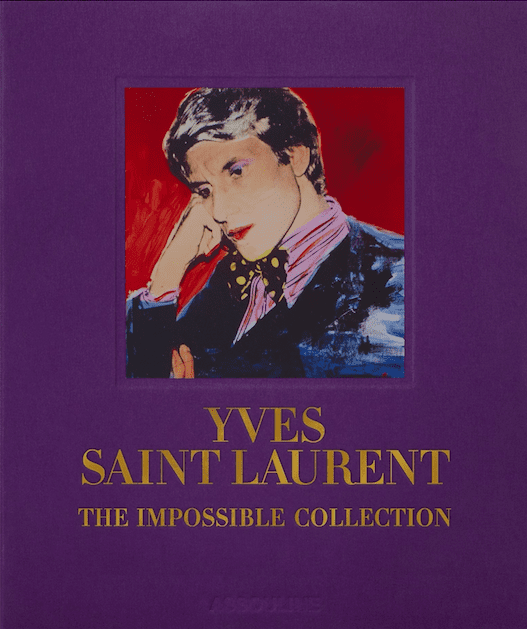 After getting his big break assisting French couture titan Christian Dior, Yves Saint Laurent struck out on his own, and transformed haute couture for a new era of youthful, strong, independent women. His designs changed the course of fashion, introducing the concept of designer ready-to-wear for a wider clientele. Ahead of his time, he created feminine versions of masculine styles such as the pinstriped pantsuit, the Saharienne khaki safari jacket and Le Smoking tuxedo, and introduced scandalous ideas such as see-through blouses and the daring Opium perfume, whose titillating name and early advertisements were met with shock. He was also one of the first couturiers to design for fast fashion, creating a tuxedo for French mass-market retailer La Redoute in 1996.

With esteemed fashion journalist and Saint Laurent expert Laurence Benaïm, Assouline has curated the 100 most iconic signature pieces from Yves Saint Laurent’s forty-year oeuvre, from the very first looks that appeared on the runway in his eponymous debut collection in January 1962 following his departure from Dior, to his final couture presentation upon his retirement in 2002.